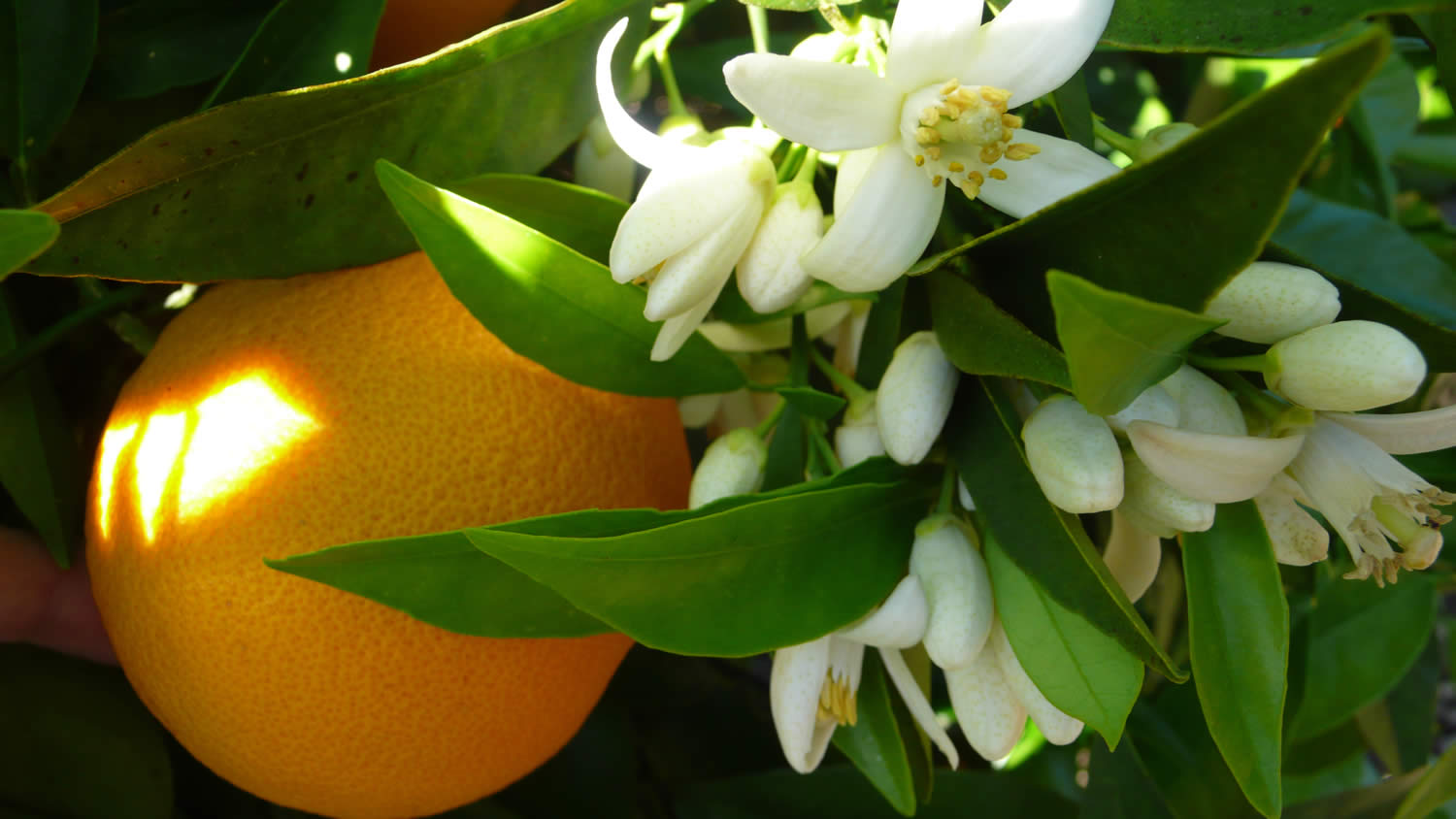 Neroli (Citrus aurantium L. var. amara) is also called Bitter orange, Seville orange, Sour orange, Bigarade orange or Marmalade orange, refers to a citrus tree (Citrus × aurantium) and its fruit 1). Neroli (Citrus aurantium) which is native to eastern Africa and tropical Asia is now grown throughout the Mediterranean region and elsewhere, including California and Florida. The main constituents of Neroli orange peel are the volatile oil and an amorphous, bitter glucoside called aurantiamarin. Other constituents include hesperidin, a colorless, tasteless, crystalline glucoside occurring mainlyin the white zest of the peel, isohesperidin, hesperic acid, aurantiamaric acid, and a bitter acrid resin. In the peel of immature fruits, the chief constituents are naringin and hesperidin, while in the fruit flesh it is umbelliferone. p-Octopamine and p-synephrine, both adrenergic agonists, are the most frequently mentioned biogenic amines found in bitter orange peel and other Citrus aurantium preparations and other species such as Citrus reticulata Blanco (mandarin orange). Many varieties of Neroli are used for their essential oil and are found in perfume, used as a flavoring in foods and beverages or as a solvent. The Seville orange variety is used in the production of marmalade.

Neroli (bitter oranges) are grown mainly for processing as preserves (especially, marmalade) and syrup due to their tart flavor. The essential oil is used to add fragrance to beverages and liqueurs (e.g., Curacao and Grand Marnier), sweet foods like candies and cakes, soaps, detergents, cosmetics, perfumes, and in sauces for meats and poultry. Neroli orange peel is used in many pharmacopoeial preparations as a flavoring agent, stomachic (assisting digestion) and carminative (relieving flatulence). Additionally, Neroli (bitter oranges) is reported to be an expectorant, laxative, hypertensive, nervine, tonic, and diuretic. The extract has been added to many dietary supplements and herbal weight loss formulas (as an alternative to ephedra). Synephrine is the “active” ingredient of bitter orange and functions as a stimulant. It is also used as a vasoconstrictor in circulatory failure. Octopamine is used as a cardiotonic and to treat hypotension.

Exposure to Neroli (bitter oranges) peel and its constituents occurs primarily via ingestion of the fruit itself or its products (e.g., orange juice, marmalade, flavorings and fragrances, and dietary supplements). Weight loss formulas usually contain 100-200 mg bitter orange extract, which provides 10-40 mg synephrine per dose. Extracts can contain up to 95% synephrine. Exposure can also result from peel oil used in aromatherapy and flavoring. 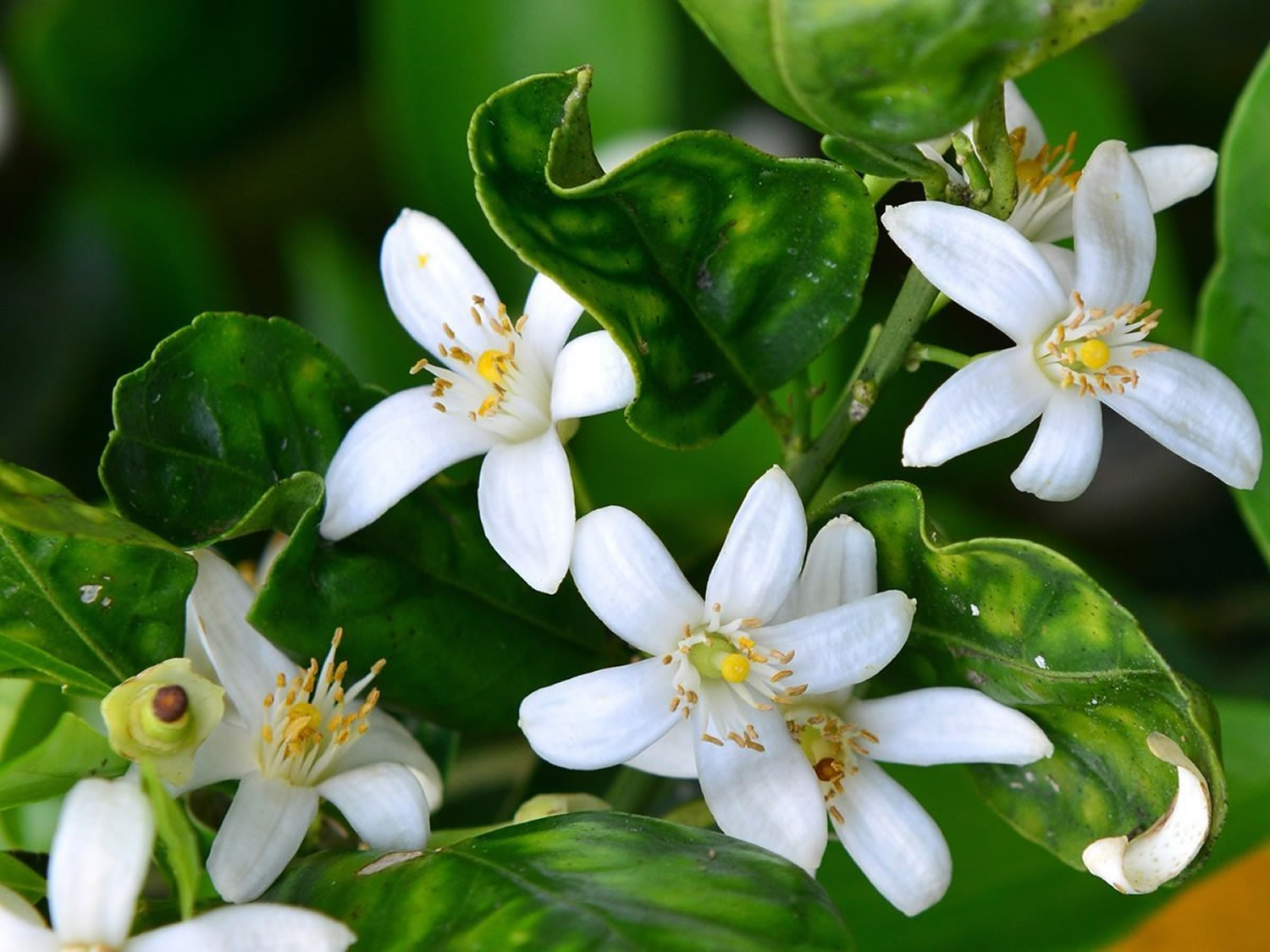 Neroli (Bitter orange) peel and its constituent synephrine are present in dietary supplements with and without ephedra (ma huang) for weight loss. Synephrine and other Neroli (Bitter orange) biogenic amine constituents—octopamine, N-methyltyramine, tyramine, and hordenine—have adrenergic activity and may result in cardiovascular or other adverse effects similar to those induced by ephedra alkaloids 5).

Neroli (bitter orange) is regulated by the U.S. Food and Drug Administration (FDA) 6); the peel, oil, extracts, and oleoresins are Generally Recognized as Safe as a direct additive to food 7). The peel is used in many pharmacopoeial preparations for flavoring and treatment of digestive problems. Oils from the fruit, peel, and other plant parts are also used for flavoring and fragrance and do not contain alkaloids. p-Octopamine and p-synephrine, the most frequently mentioned biogenic amines found in bitter orange extract, are agonists for both a- and b-adrenoceptors (octopamine has weak b-adrenergic activity) 8). Octopamine is used as a cardiotonic and to treat hypotension. Synephrine is used as a vasoconstrictor in circulatory failure. Extracts used in many dietary supplements and herbal weight-loss formulas as an alternative to ephedra have concentrations of the sympathomimetic alkaloid synephrine that are often much higher than the synephrine concentrations reported for traditional extracts of the dried fruit or peel.

Concentrations of octopamine in extracts are less than those reported for synephrine. Weight loss formulas usually contain 100-200 mg bitter orange extract, which provides 10-40 mg synephrine per dose. Health concerns about bitter orange and other compounds in dietary supplements led to the FDA’s collection of product labels for the Center for Food Safety and Applied Nutrition to evaluate possible health risks. Concentrations of synephrine measured in several dietary  products were generally lower than that declared on the label.

Following intraveous administration of synephrine to patients, ~66 and 10% of the administered dose was recovered in the urine as deaminated p-hydroxymandelic acid and unchanged synephrine, respectively (2.5% of the dose was recovered as unchanged synephrine following ingestion). Trace amounts of p- and m-octopamine and p- and m-synephrine were found in plasma and platelets of healthy human subjects. Low concentrations of octopamine, thought to be a metabolic byproduct of catecholamine biosynthesis, are present in the central nervous system and peripheral tissues of vertebrates. Oral exposure of mice to extracts of Neroli (bitter orange) peel suppressed cell viability of splenocytes and thymocytes. Oral exposure of rats to aqueous extracts of the immature fruit caused decreased food intake and body weight gain, ventricular arrhythmias, and inhibited Type I allergic reactions. Synephrine affected the sense organs and caused convulsions, dyspnea, cyanosis, and respiratory stimulation in other animal studies. Octopamine and synephrine were not mutagenic in Aspergillus nidulans diploid strains or L5178Y mouse lymphoma cells, respectively.

Pharmacologically, synephrine is similar to ephedrine but does not have its central nervous system (CNS) effects 12). Ephedrine is a plant derivative that agonizes α- and β-adrenergic receptors 13) in the heart and blood vessels, causing peripheral vasoconstriction and increased heart rate. This can have dramatic functional effects on the heart, because increased afterload and heart rate result not only in greater myocardial oxygen demand but in decreased diastolic filling and supply of oxygen to myocytes. Synephrine is therefore being considered as an alternate for ephedrine in dietary supplements 14). Synephrine and N-methyltyrosamine (chemicals found in immature C. aurantium fruit) have been shown to be effective antishock (i.e., primarily cardiotonic and vasoconstrictive) agents. In one study, 48 of 50 children with infective shock were cured when treated with synthetic synephrine and N-methyltyrosamine (1.66 to 24 mg/kg).

Case reports do exist of ischemic cerebrovascular accident, myocardial infarction, and unremitting tachycardia in association with synephrine use, but confounding factors exist in many of these reports 15), 16). The Canadian Health Department reports that, from 1 January 1998 through 28 February 2004, it received 16 reports of adverse cardiovascular events—including tachycardia, cardiac arrest, ventricular fibrillation, and syncope—in suspected association with the use of products containing bitter orange or synephrine 17). Products containing synephrine and that are promoted for weight loss are not authorized for sale in Canada.

Octopamine is used in Chinese medicine as a cardiotonic and to treat hypotension. The natural D(-) form is more potent that the L(+) form in producing cardiovascular adrenergic responses. In some invertebrates, it can also serve as a neurotransmitter.

Several human safety and efficacy studies have been conducted on bitter orange extract (p-synephrine) alone. However results involving both published and unpublished clinical studies indicate that p-synephrine alone or in combination with caffeine does not appear to produce significant adverse cardiovascular effects or pose a risk to human health at doses commonly ingested orally 18). No adverse effects have been directly attributable to bitter orange extract or p-synephrine 19). p-Synephrine/bitter orange extract alone as well as in combination with other ingredients results in significant increases in resting metabolic rate, and when taken for periods of time up to 12 weeks may result in modest weight loss 20).

The results indicate that bitter orange extract and p-synephrine increase metabolism and energy expenditure 21). The data accumulated to date do not support hypothesized concerns regarding potential adverse effects of p-synephrine particularly with respect to the cardiovascular system due to a paucity of binding to α-, β-1 and β-2 adrenergic receptors while exhibiting modest binding to β-3 adrenergic receptors 22). However, a need exists for additional well controlled, long term human efficacy and safety studies involving p-synephrine/bitter orange extract. 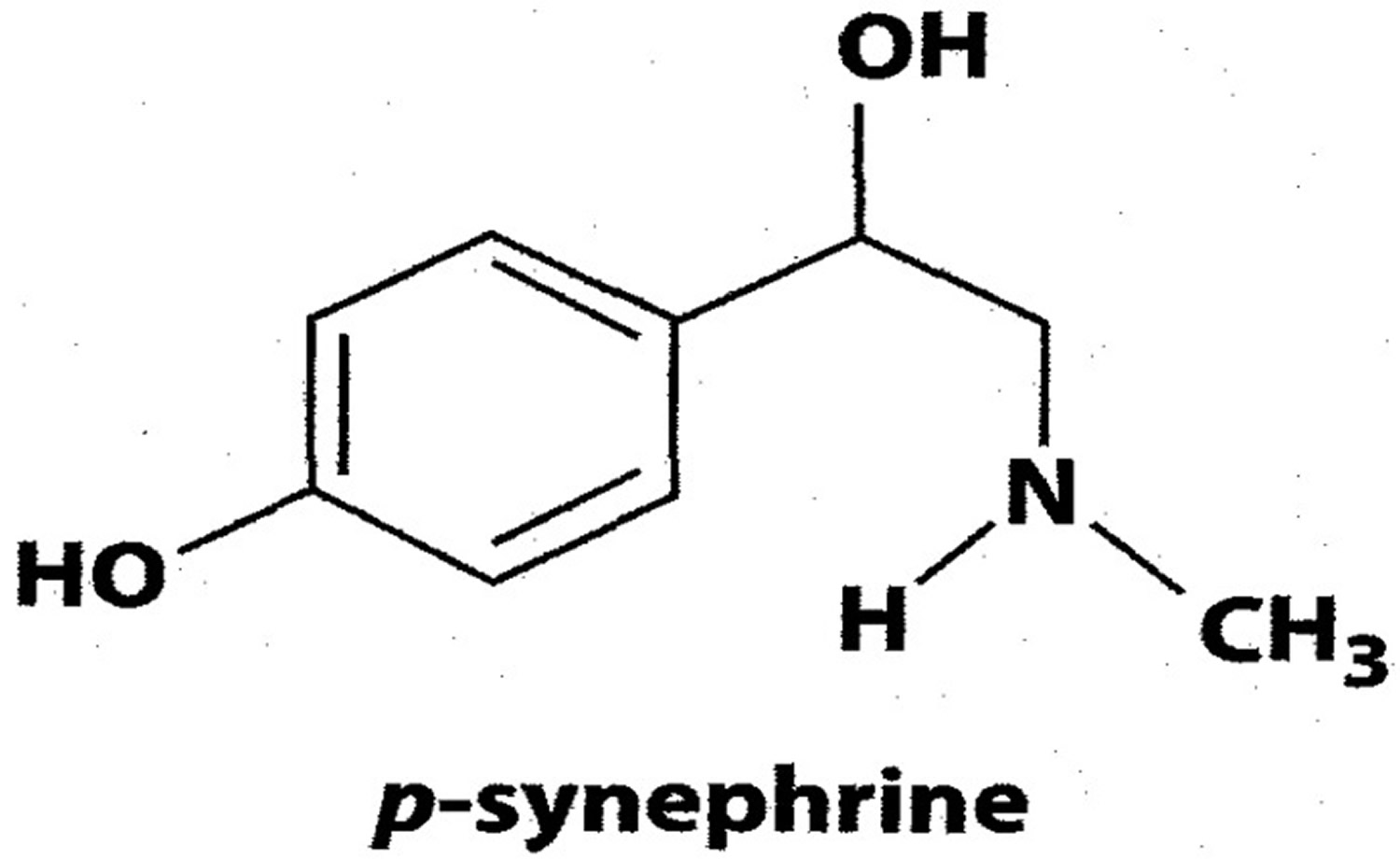 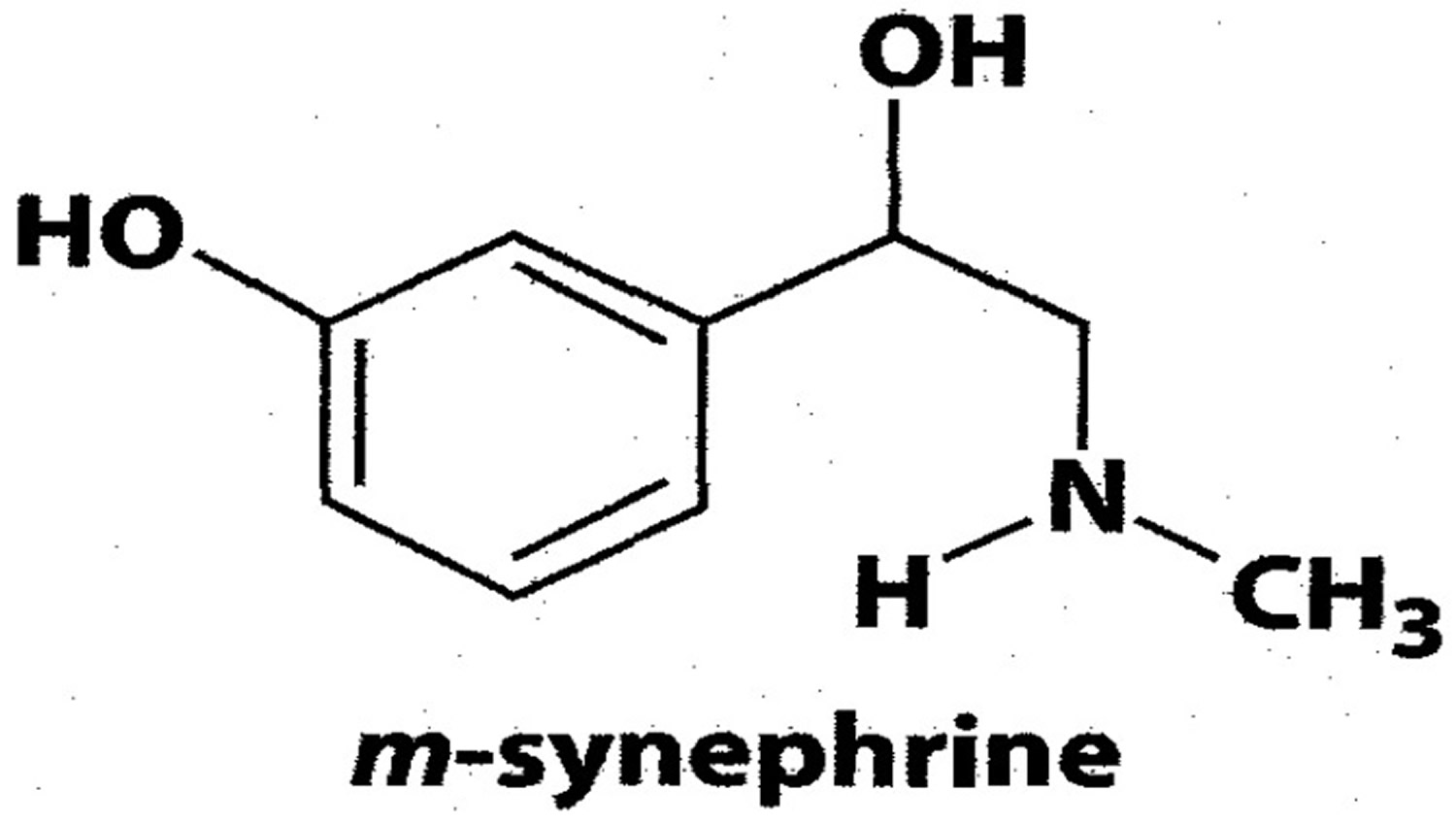 Enfleurage is a process that uses odorless fats that are solid at room temperature to capture the fragrant compounds exuded by plants. The process can be “cold” enfleurage or “hot” enfleurage.

The essential oil of Citrus aurantium L. var. amara, also known as neroli oil, has been reported to have antianxiety effects by regulating 5-HT (serotonin) receptors in rats 30) and to have antidepressant effects through the monoaminergic system in mice 31). Neroli oil has also been reported to have sedative, antianxiety, and antidepressant effects on mice 32). In addition, limonene, one of the major chemical components in the essential oil of Neroli (Citrus aurantium L. var. amara), has been shown to have antianxiety 33) and motor relaxant effects, indicating sedative activity 34) in mice. Moreover, a study in rats reported that olfactory stimulation with grapefruit oil, which is rich in limonene, stimulated sympathetic nerves by activating histamine H1 receptors and that limonene treatment induced similar responses 35). Limonene-rich bergamot essential oil also demonstrated direct vasorelaxant effects 36).

Neroli essential oil also showed activity against acute and chronic inflammation. Carrageenan-induced edema has been commonly used as an experimental animal model for acute inflammation and is believed to be biphasic. The results for the paw edema showed significant reduction at doses of 40 and 80 mg/kg 37). The inhibitory activity shown by neroli during a period of 4 hour in carrageenan-induced paw inflammation was somehow similar to that exhibited by the group treated with diclofenac sodium (a nonsteroidal anti-inflammatory drug). These results indicate that neroli acts in later phases, probably involving arachidonic acid metabolites, which produce an edema dependent on neutrophils mobilization 38). The granulomatous tissue induction is a widely used method for the assessment of chronic anti-inflammatory substances 39). Neroli essential oil effectively and significantly reduced cotton pellet-induced granuloma, thereby suggesting its activity in the proliferative phase of the inflammation. The anti-inflammatory activity of neroli could be related to the inhibition of nitric oxide (NO) formation/release. Many reports have suggested that nitric oxide (NO), peripherally produced by different nitric oxide synthase (NOS) isoforms, contributes to edema formation 40). Regardless of the detailed mechanism, it is true that neroli produces an anti-inflammatory effect through the inhibition of NO production. Pharmacological evaluation of linalool in mice also revealed that linalool and the corresponding acetate play a major role in the anti-inflammatory activity displayed by the essential oils containing them, and provide further evidence suggesting that linalool and linalyl acetate-producing species are potentially anti-inflammatory agents 41).

Neroli (Citrus aurantium L.) is used as an alternative treatment in some countries, including Iran, to relieve insomnia, anxiety, inflammation, depression, epilepsy, and seizures 42). Neroli essential oil has shown significant anticonvulsant activity and increases the latency period of tonic seizures in the pentylenetetrazol and maximal electroshock models 43). It was found that the Neroli blossoms extract also has a significant reduction effect on the latency of the onset of seizure and the duration of seizure with higher dose (300 mg/kg) 44) related to neroli (20 mg/kg) 45). Neroli (Citrus aurantium L.) blossom extract has also shown effectiveness in terms of reduction in preoperative anxiety before minor operations 46).

Neroli (bitter orange) is also employed in herbal medicine as a stimulant and appetite suppressant, due to its active ingredient, synephrine 47). Neroli (bitter orange) supplements have been linked to a number of serious side effects like fainting, heart-rhythm disorders, heart attack, stroke and even death 48). According to the National Center for Complementary and Integrative Health, there are case reports of healthy people experiencing fainting, heart attack, and stroke after taking bitter orange alone or with caffeine 49). Case reports have linked bitter orange supplements to strokes 50), 51), angina 52) and ischemic colitis 53). Following an incident in which a healthy young man suffered a myocardial infarction (heart attack) linked to bitter orange, a case study found that dietary supplement manufacturers had replaced ephedra with its analogs from bitter orange 54). However, evidence regarding the effects of bitter orange (alone or combined with other substances, such as caffeine and green tea) on the heart and cardiovascular system are inconclusive 55). Because products that contain bitter orange may be unsafe, pregnant women and nursing mothers should avoid them.

In volunteers receiving skin applications of bitter orange peel oil expressed (5 μL/cm2 of 100% oil) under occlusion followed by exposure to visible light or ultraviolet A, all subjects exhibited phototoxic reactions.