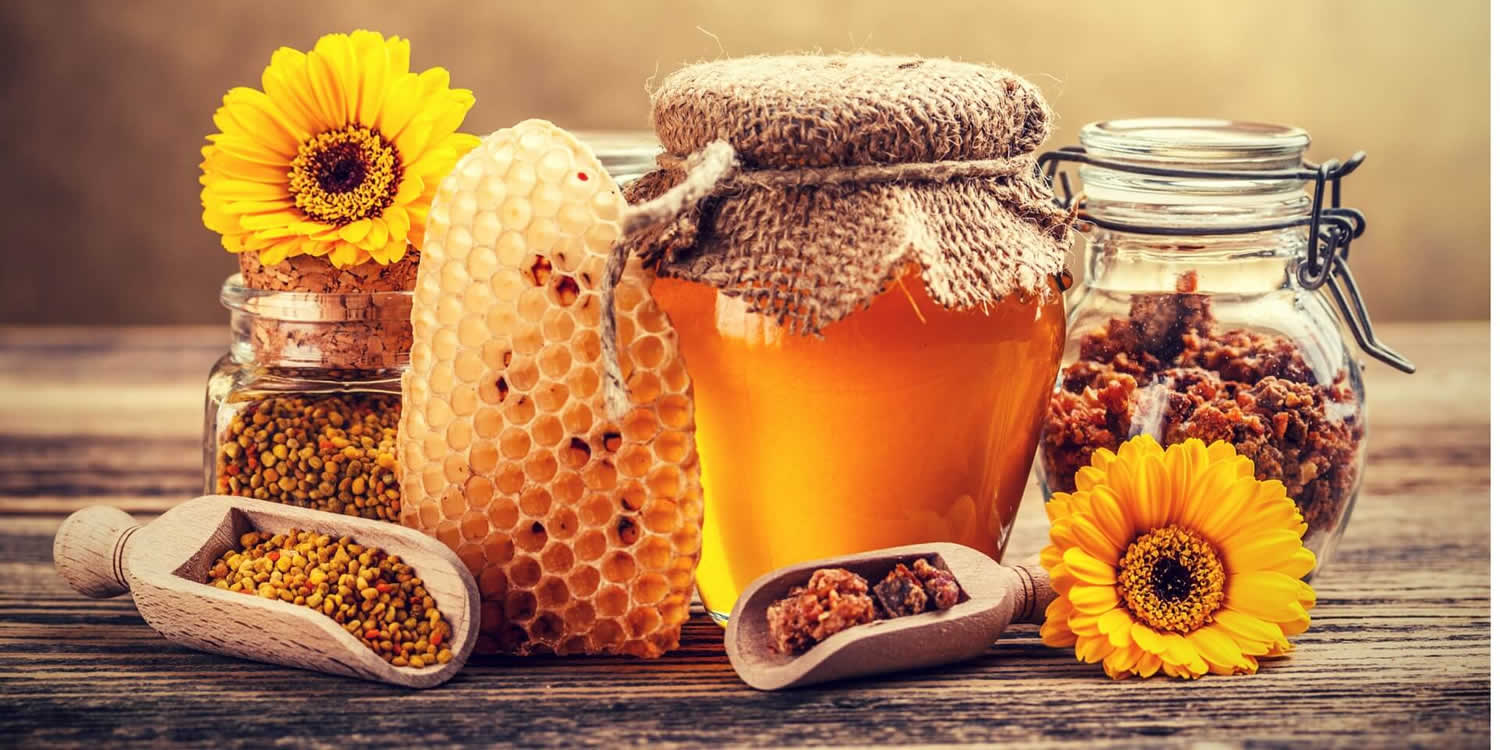 What is royal jelly

Royal jelly is a honey bee secretion that is used in the nutrition of larvae, as well as adult queens. It is secreted from the mandibular and hypopharyngeal glands of worker bees of the genus Apis mellifera between the sixth and twelfth days of their life 1). Royal jelly is a food essential for the longevity of the queen bee 2) and it is also fed to all larvae in the colony 3). Royal jelly is a complex substance containing a unique combination of proteins (12-15%), sugars (10-12%), lipids (3-7%), amino acids, vitamins, and minerals 4).

The honeybee forms two female castes: the queen and the worker. This dimorphism does not depend on genetic differences but on ingestion of royal jelly 5). When worker bees decide to make a new queen, because the old one is either weakening or dead, they choose several small larvae and feed them with copious amounts of royal jelly in specially constructed queen cells. This type of feeding triggers the development of queen morphology, including the fully developed ovaries needed to lay eggs 6). Compared with the short-lived and infertile worker bees, the queen bee, which is exclusively fed royal jelly, is characterized by her extended lifespan and her well-developed gonads. Therefore, royal jelly has been long- used as a supplement for nutrition, anti-aging or infertility 7). 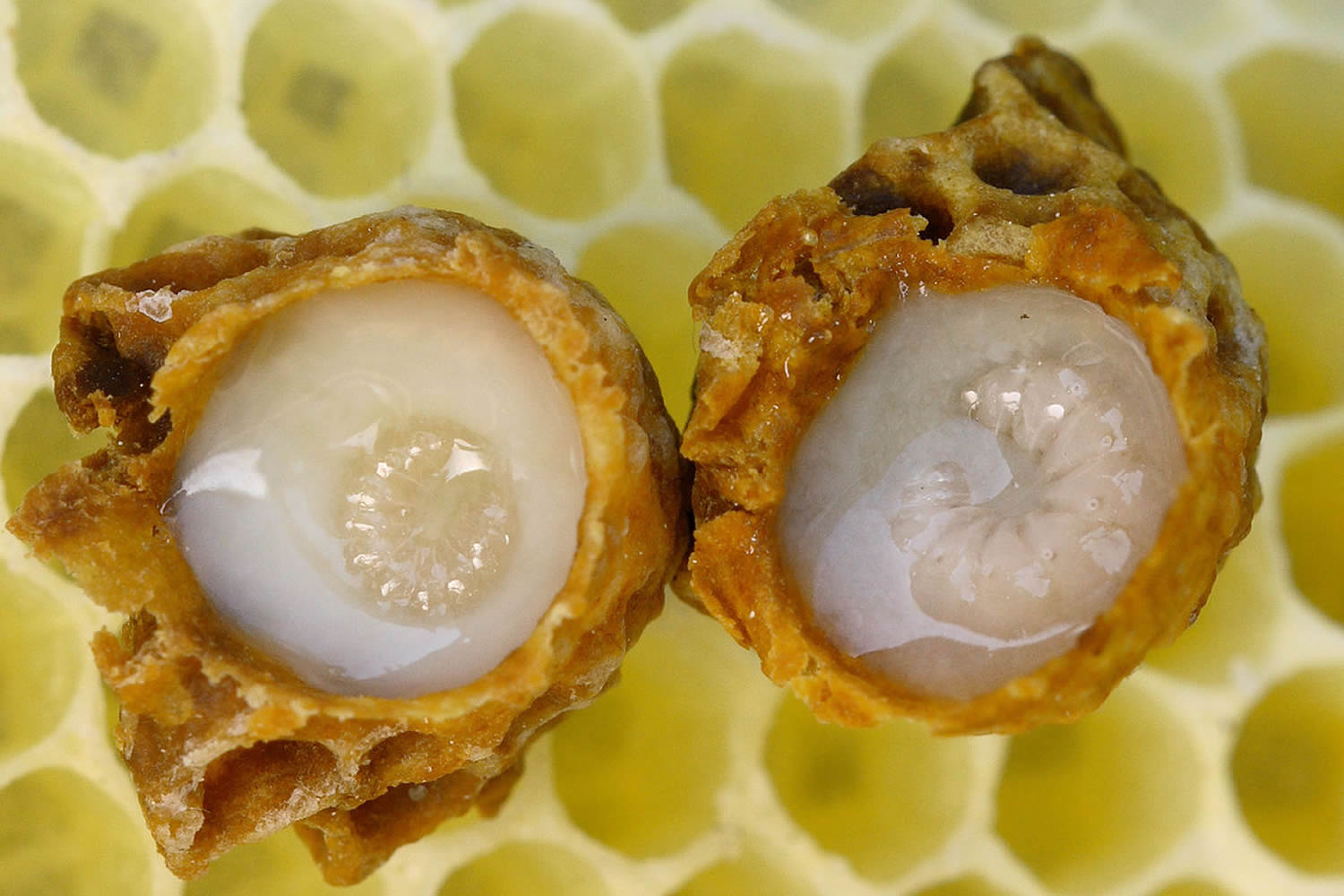 Royal jelly has long been sold as both a dietary supplement and alternative medicine. Both the European Food Safety Authority 23) and United States Food and Drug Administration 24) have concluded that the current evidence does not support the claim of health benefits, and have actively discouraged the sale and consumption of the jelly. In the United States, the Food and Drug Administration has taken legal action against companies that have used unfounded claims of health benefits to market royal jelly products. There have also been documented cases of allergic reactions, namely hives, asthma, and anaphylaxis, due to consumption of royal jelly.

Estrogens play pivotal roles in regulating the function of many tissues and organs and estrogen signaling has been associated with a number of diseases, including breast and uterine cancers, disorders of lipid metabolism, cardiovascular diseases, autoimmune inflammatory diseases, osteoporosis, menstrual abnormalities and infertility 29). Estrogens exert their effects via intracellular receptors, estrogen receptors alpha (ERα) and beta (ERβ) 30). In the presence of ligands, both ERα and ERβ are activated and as dimers interact with specific DNA sequences. Activated estrogen receptors (ERs) interact with other nuclear proteins, such as steroid receptor co-regulators, altering the transcription rates of responsive genes. The activated ERα and ERβ can also bind to other transcription factors, such as activator protein 1 (AP-1) and nuclear factor kappa B (NF-kB), affecting their binding to their cognate DNA sequences and their transcriptional effects 31). More recently, the G protein-coupled receptor, GPR30/GPER, has been shown to mediate rapid estrogen effects as well as to regulate transcriptional activation. Possible synergism and antagonism with classical estrogen receptors has been suggested 32). 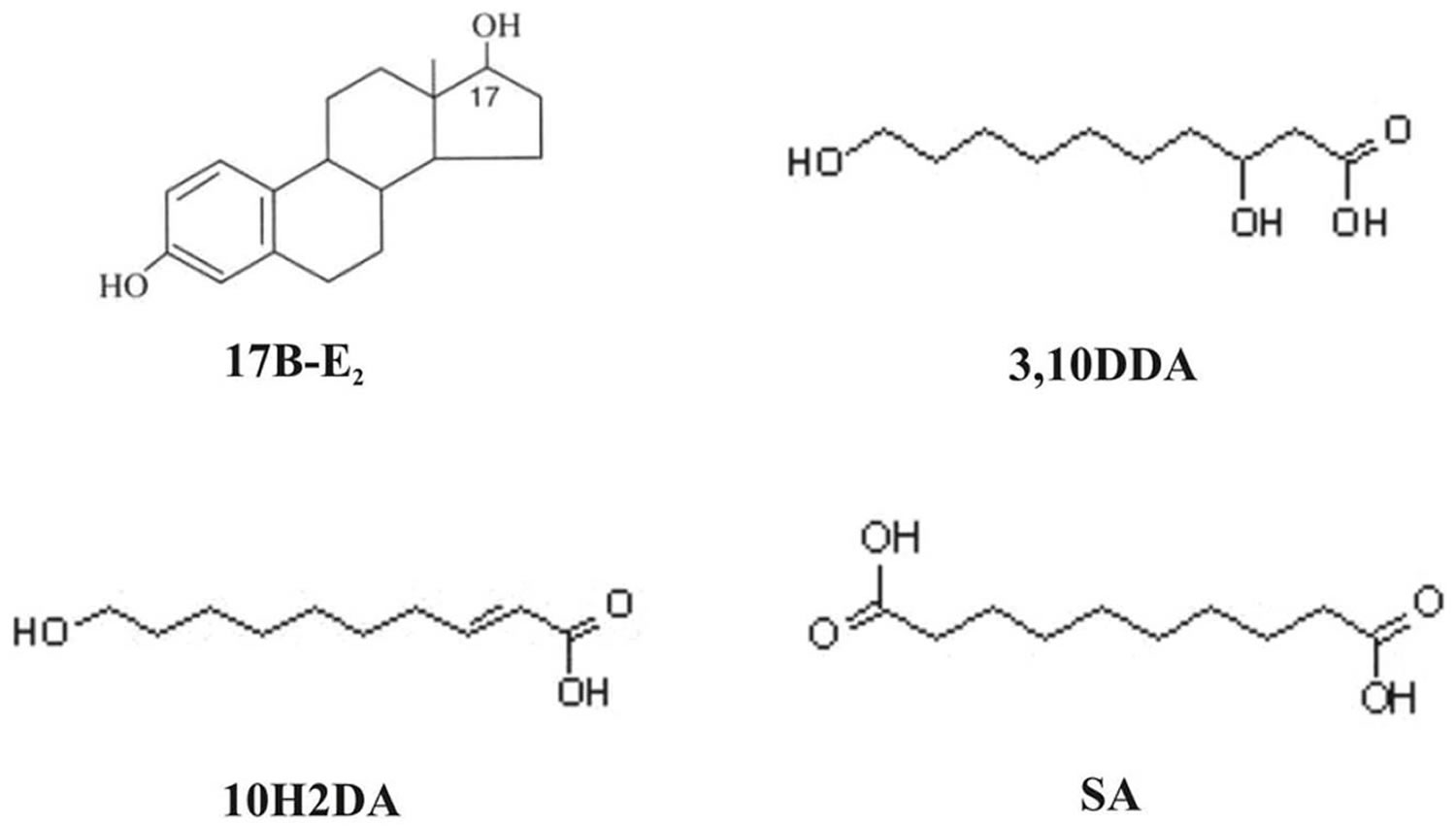 In the literature, several cases of hemorrhagic colitis 33), asthma 34) and anaphylaxis 35) by ingestion of royal jelly have been reported. Royal jelly should be considered as a causative allergen. Increased consumption of royal jelly in health food supplements may increase incidence of royal jelly-related allergic reactions 36).