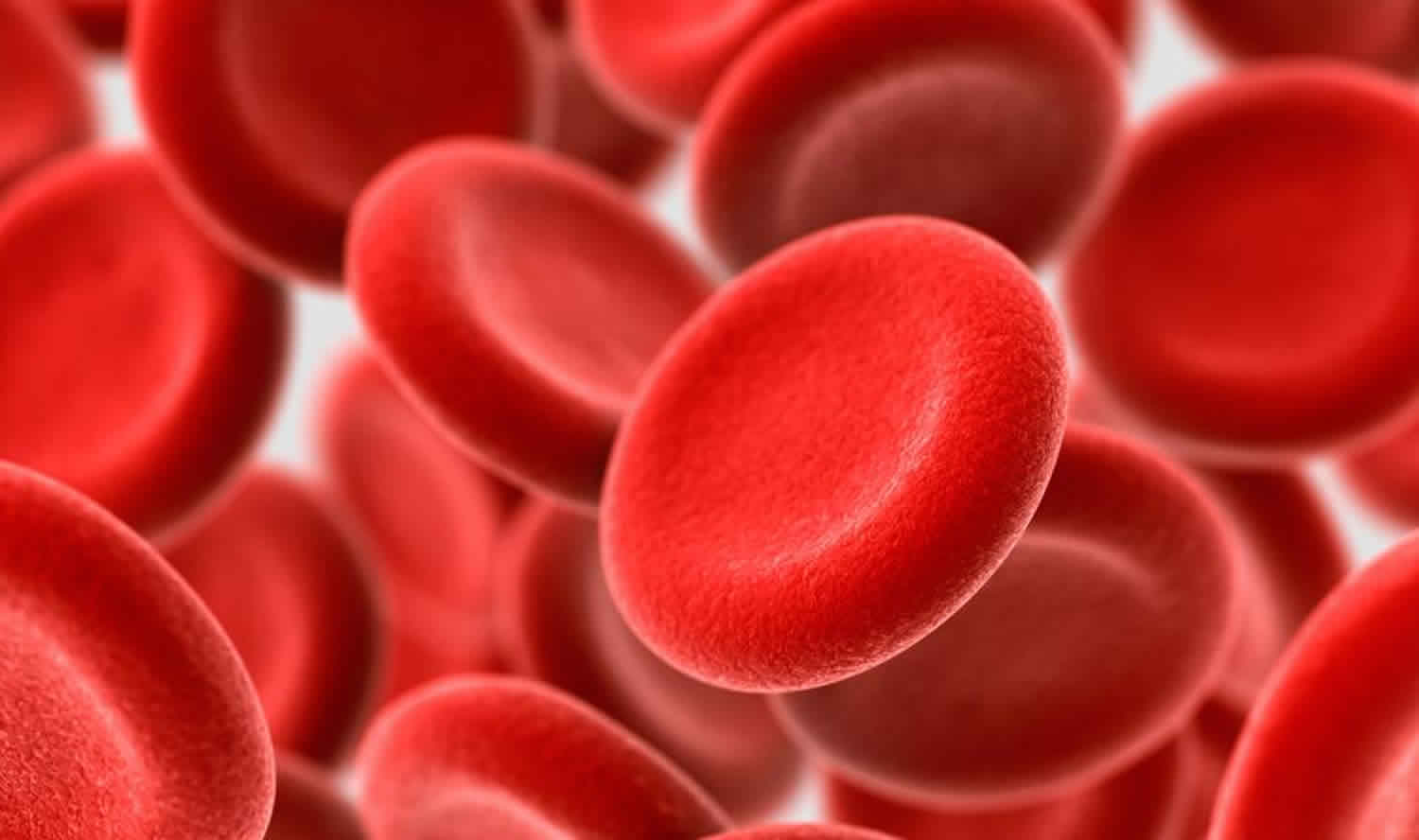 Poikilocytosis means unusual variation in red blood cells shape 2). From a diagnostic standpoint, poikilocytosis has no specificity, but the recognition of specific forms of poikilocytes (irregularly shaped cells) often points to specific disorders. Examination of peripheral blood films of normal persons reveals small numbers of poikilocytes, usually less than 2%. In the assessment of the significance of poikilocytosis, one must identify the predominant abnormal morphologic form and exclude artifactual alterations of the red cells. Spherocytes are round, densely staining red cells that lack central pallor and have a smaller than normal diameter. In stomatocytes, the area of central pallor is elliptical rather than round, giving the cell the appearance of the opening of a mouth (stoma). Target cells (codocytes) have a centrally located disk of hemoglobin surrounded by an area of pallor with an outer rim of hemoglobin adjacent to the cell membrane giving the cell the appearance of a target. Leptocytes (or wafer cells) are thin, flat cells with the hemoglobin at the periphery of the cell. Sickle cells (drepanocytes) are elongated, sometimes crescent-shaped, erythrocytes with pointed ends. Elliptocytes (ovalocytes) range from slightly oval to elongated cigar-shaped forms. Teardrop erythrocytes (dacryocytes) are red cells with one end round and the other end more pointed. Acanthocytes have several (usually 3 to 7) irregularly spaced blunted projections from the margin of the cells. Echinocytes are also cells with cytoplasmic projections, but in contrast to acanthocytes, the projections are typically evenly spaced on the cell surface, more numerous (often 10 to 15), and frequently have sharper points. Schizocytes (schistocytes) are fragmented erythrocytes appearing in a variety of morphologic forms such as small triangular erythrocytes, helmet cells, and normal-size erythrocytes with 2 to 3 pointed surface projections (keratocytes, or “horn cells”). Round erythrocytes with a single, elliptical or round surface defect are termed bite cells. Rouleaux formation is a phrase denoting the stacking of erythrocytes, generally in a curving pattern.

During erythropoiesis, the process of erythroid maturation involves a progressive condensation of nuclear chromatin (termed nuclear maturation) and finally its extrusion from the cell, the synthesis of hemoglobin in the cytoplasm (termed cytoplasmic maturation), and a concomitant reduction in cell size due to division and water loss.

Defects in nuclear maturation, as seen in megaloblastic anemias due to folate or B12 deficiency, result in large oval erythrocytes (macroovalocytes) with a normal hemoglobin content. The mean corpuscular volume (MCV) and mean corpuscular hemoglobin (MCH) are increased, while the mean corpuscular hemoglobin concentration (MCHC) remains normal. There is anisocytosis, and red cell distribution width is often increased. In the macrocytosis of liver disease, where there is no defect in nuclear maturation, the cells are large due to an excess red cell membrane. These cells are round, rather than oval, and the red cell distribution width is normal.

Defective hemoglobin synthesis results in small cells (low MCV) with or without anisocytosis. In heterozygous β-thalassemias, the cells are uniformly small (low MCV; red cell distribution width tends to be normal), whereas in iron deficiency, anisocytosis (increased red cell distribution width) may be the first laboratory abnormality, even before anemia and microcytosis are seen.

In abnormalities involving nuclear maturation, hemoglobin production proceeds normally, while cell division lags behind, ultimately leading to a larger than normal cell. In contrast, when there is defective and delayed synthesis of hemoglobin, the continued cell division leads to microcytosis.

Red blood cells size, distribution and shape variation can all be clues to clinical disease and pathologic processes. However, it should be noted that red cell indices (e.g. MCV, MCH, MCHC), red cell distribution width (RDW), and red blood cell histograms will not help identify conditions such as red cell inclusions (e.g., malarial parasites) or membrane abnormalities such as spherocytosis that might be responsible for the anemia.

Anemias are classified, according to the size of the red blood cell, as being normocytic (normal MCV), macrocytic (increased MCV), or microcytic (decreased MCV). Microcytic anemias were also often described as being hypochromic based on peripheral smear examination and MCHC when this value was determined manually. MCHC as measured by the electronic machines is mostly normal in microcytic anemias, however, and the value of MCH closely parallels the value of MCV. The optical properties of the small, thin microcytes make them appear hypochromic on the blood smear, while the hemoglobin concentration remains in the normal range (microcytic, normochromic anemias).

Anisocytosis is identified by red cell distribution width (RDW) and is classified according to the size of red blood cell measured by mean corpuscular volume (MCV). According to this, it can be divided into:

Footnote: a MCV may be falsely elevated due to cell agglutination, usually with cold agglutinins.

It is essential that the underlying cause of the problem is identified so that correct treatment can begin.

Anisocytosis is often related to anemia and anemia is typically caused by iron or vitamin deficiency. The usual treatment for iron deficiency is taking iron supplements and changing the diet to increase iron levels through iron-rich foods. The most common supplement is ferrous sulfate, which is taken as a tablet.