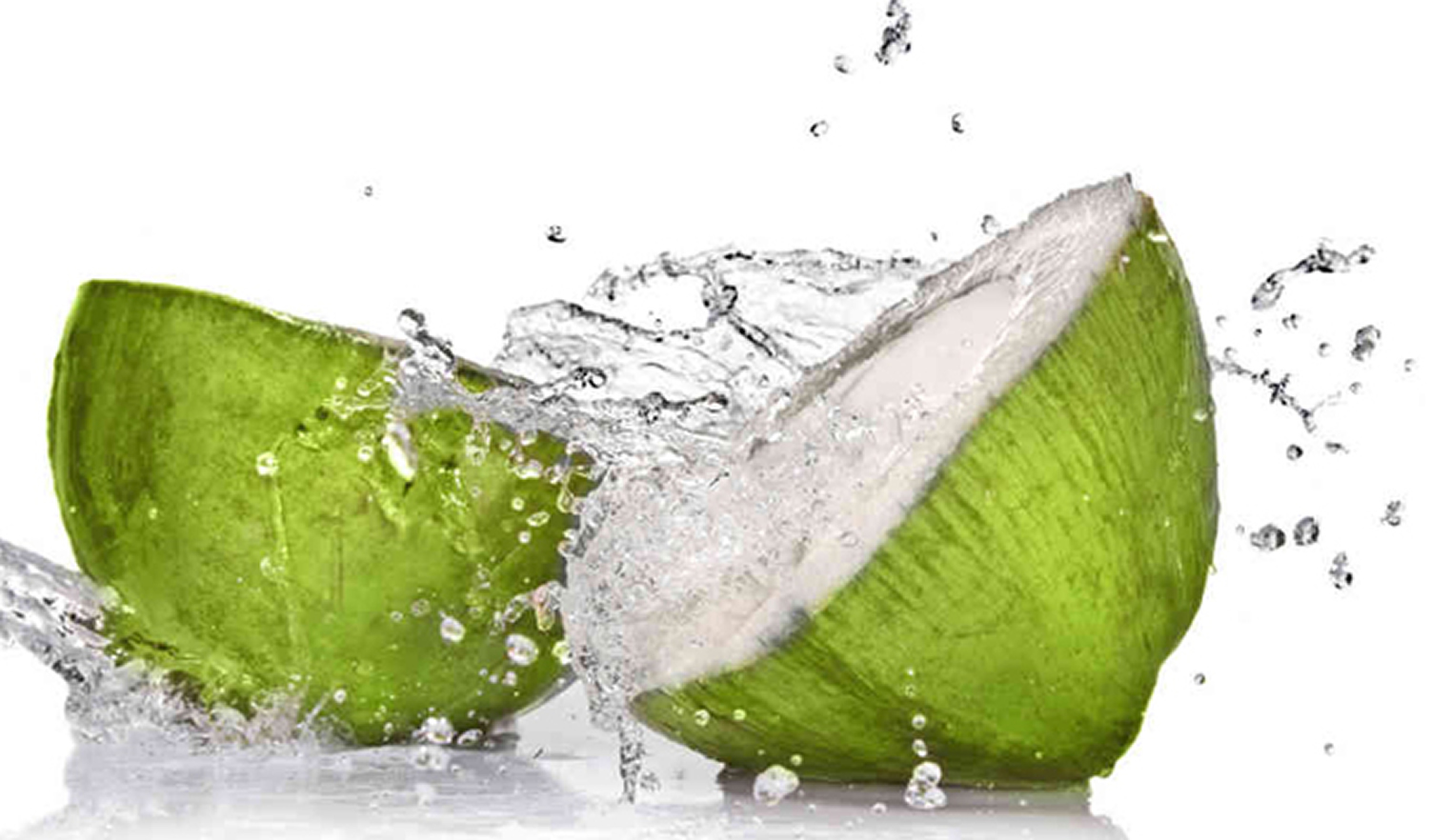 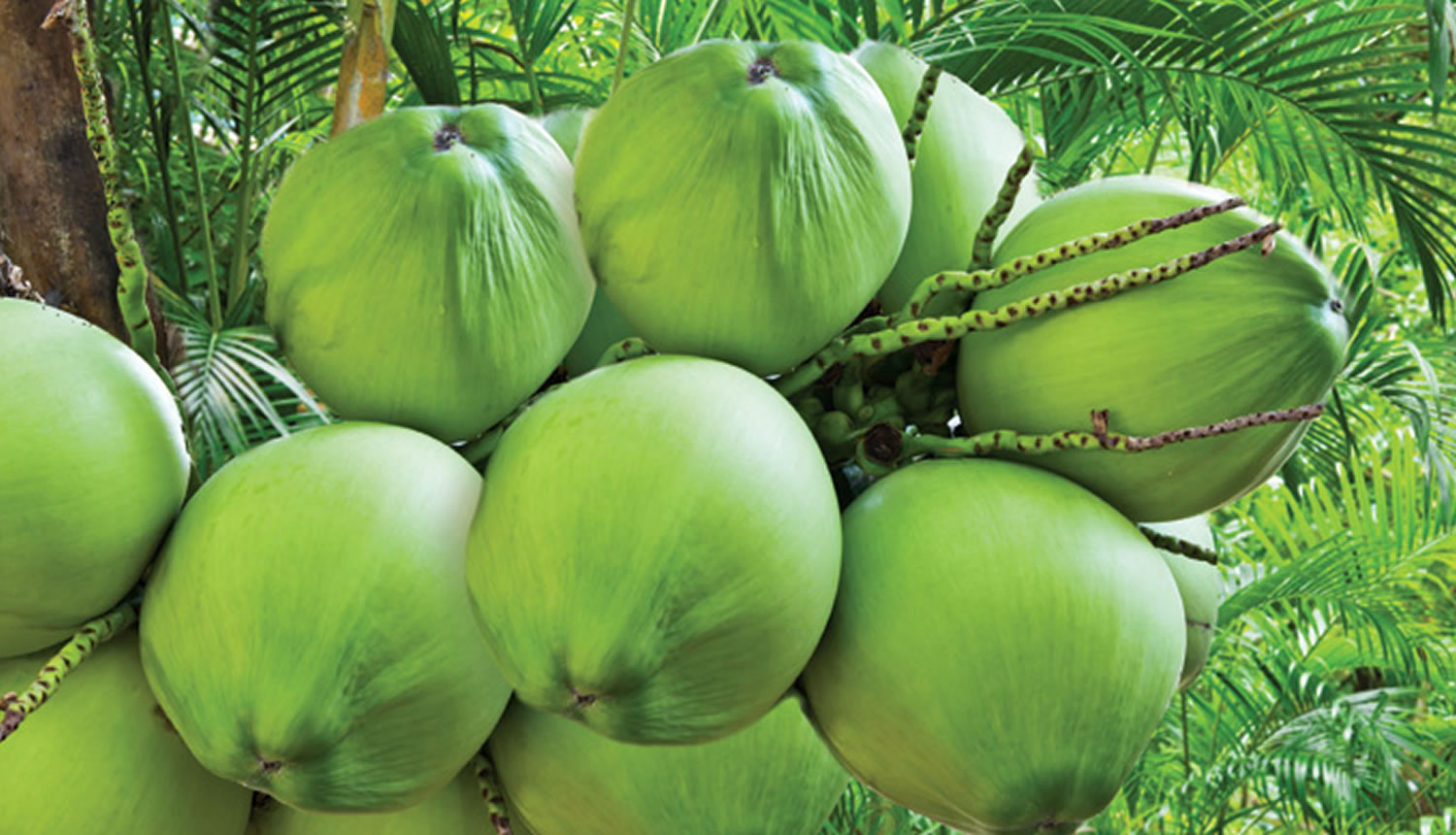 Coconut water, like coconut oil and coconut spread, in case you haven’t heard, is the new “craze” drink with health food stores and supermarkets stocking this beverage in their shelves. Coconut water is being promoted as “super hydrating” and marketed as both a sports drink and a casual beverage. So what is coconut water ? How nutritious is coconut ? Are there any health benefits of drinking coconut water ?

Is Coconut Water or Juice ?

Coconut water is sometimes referred to as green coconut water because the immature coconuts are green in color.

Coconut water is different than coconut milk. Coconut milk is a milky white liquid extracted from mature coconut flesh, which is an emulsion of coconut water and fresh grated mature coconut. So coconut water is a type of juice, because juice is defined as the liquid obtained from or present in fruit or vegetables. Looking at Table 1 below, for 100 gram of “coconut water”, the water content is 95 gram and the calorie content is 19 calories. Coconut water has trace amount of minerals like calcium, magnesium, potassium and sodium. For comparison, we have added orange juice (see Table 2 below).

Coconut water is commonly used as a beverage and as a solution for treating dehydration related to diarrhea or exercise. It is also tried for high blood pressure.

However this study showed that there is great variability in coconut water composition during maturation of the fruit. In no instance did the coconut water contain sodium and glucose concentrations of potential value as an oral rehydration solution 1).

Possibly. Here are a few things to consider. Do you need the 45-60 calories an 8-ounce serving of coconut water provides ? If these calories put you over your daily calorie needs, you could easily gain 5-6 pounds in a year. If you aren’t active enough to burn off the extra calories, plain water is a better option.

One of coconut water’s claims to fame is its high potassium. Americans usually fall short of their daily requirement of potassium, mainly because they don’t eat enough whole fruits and vegetables. However, coconut water also contains sodium. Just how much depends on the brand. That might be a concern if you, like most Americans, already have too much sodium in your diet and have hypertension (high blood pressure).

Is coconut water a sports drink ?

Sport drinks are ubiquitous within the recreational and competitive fitness and sporting world. Most are manufactured and artificially flavored carbohydrate-electrolyte beverages. Recently, attention has been given to coconut water, as a natural alternative to manufactured sports drink.

Coconut water is popularly used for rehydration after physical activity or an illness such as diarrhea 4), 5).

So going back to the question on whether coconut water can be used for sports drink ? The answer is probably not, at least not for serious athletes who undergo intensive exercise and training — like when you’re working hard and really sweating for longer than an hour. In that case, coconut water falls short in terms of carbohydrates and protein, according to sports nutrition standards. Both are essential to recovery and replenishing your muscles.

More evidence is needed to rate the effectiveness of coconut water for these uses. Note that for something to be effective or therapeutic, it must be based on scientific evidence ! Otherwise anyone and any business can just market and promote their products as a cure for all, even though they have no scientific data to prove what they say in their advertisements.

There is currently insufficient evidence to rate effectiveness of coconut water for these conditions:

Are there safety concerns for coconut water ?

Coconut water is LIKELY SAFE for most adults when consumed as a drink. There are no known serious side effects 18).