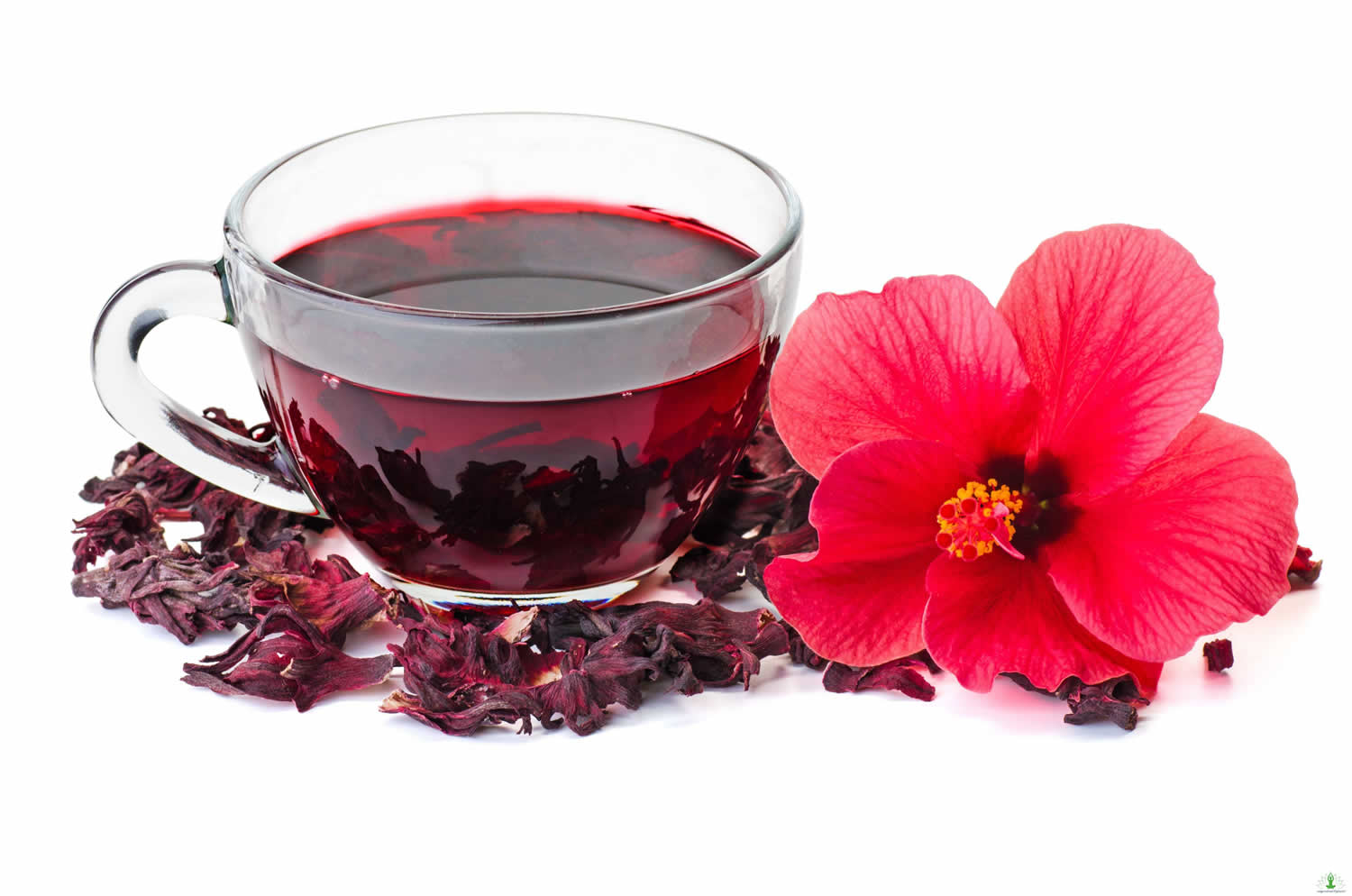 What is hibiscus tea good for 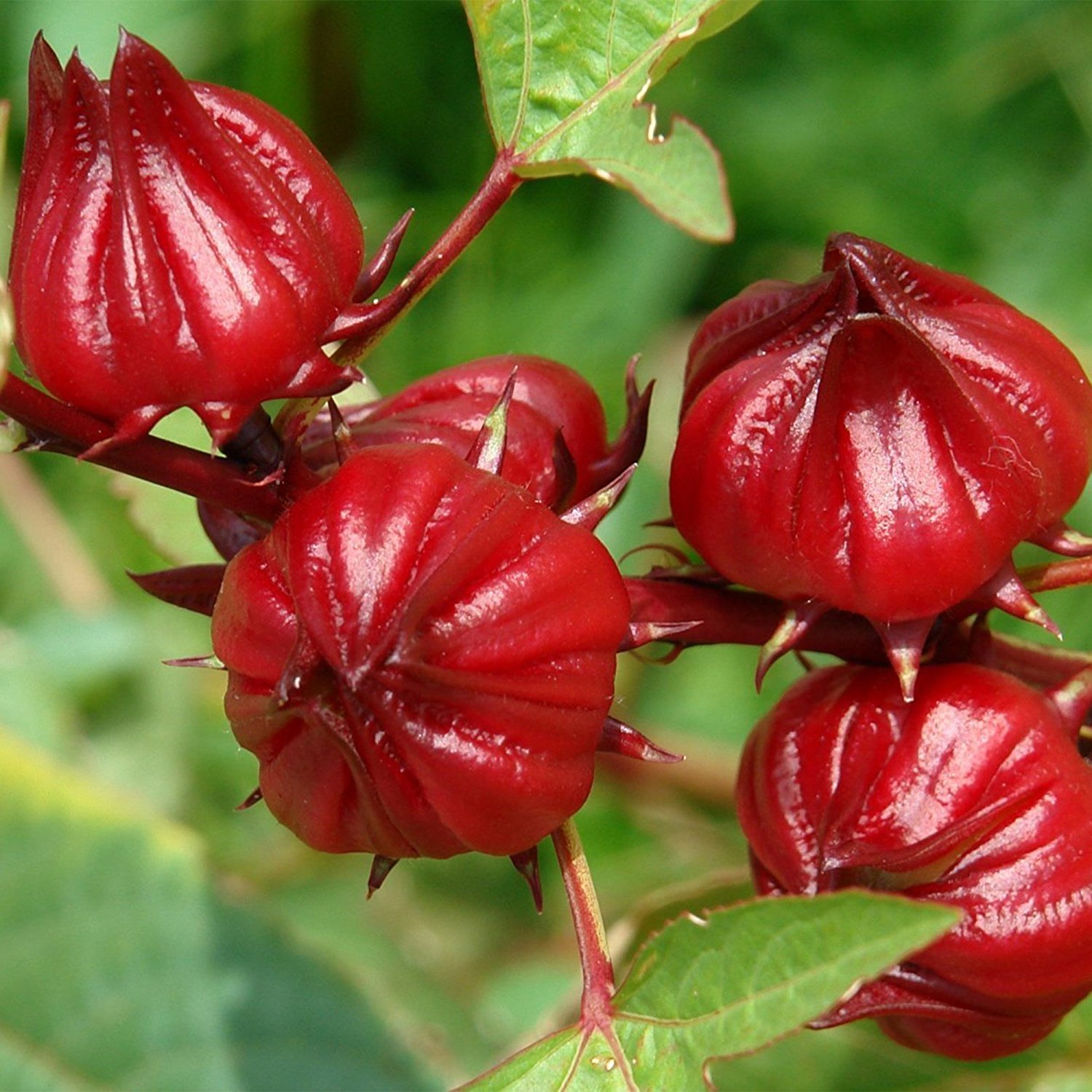 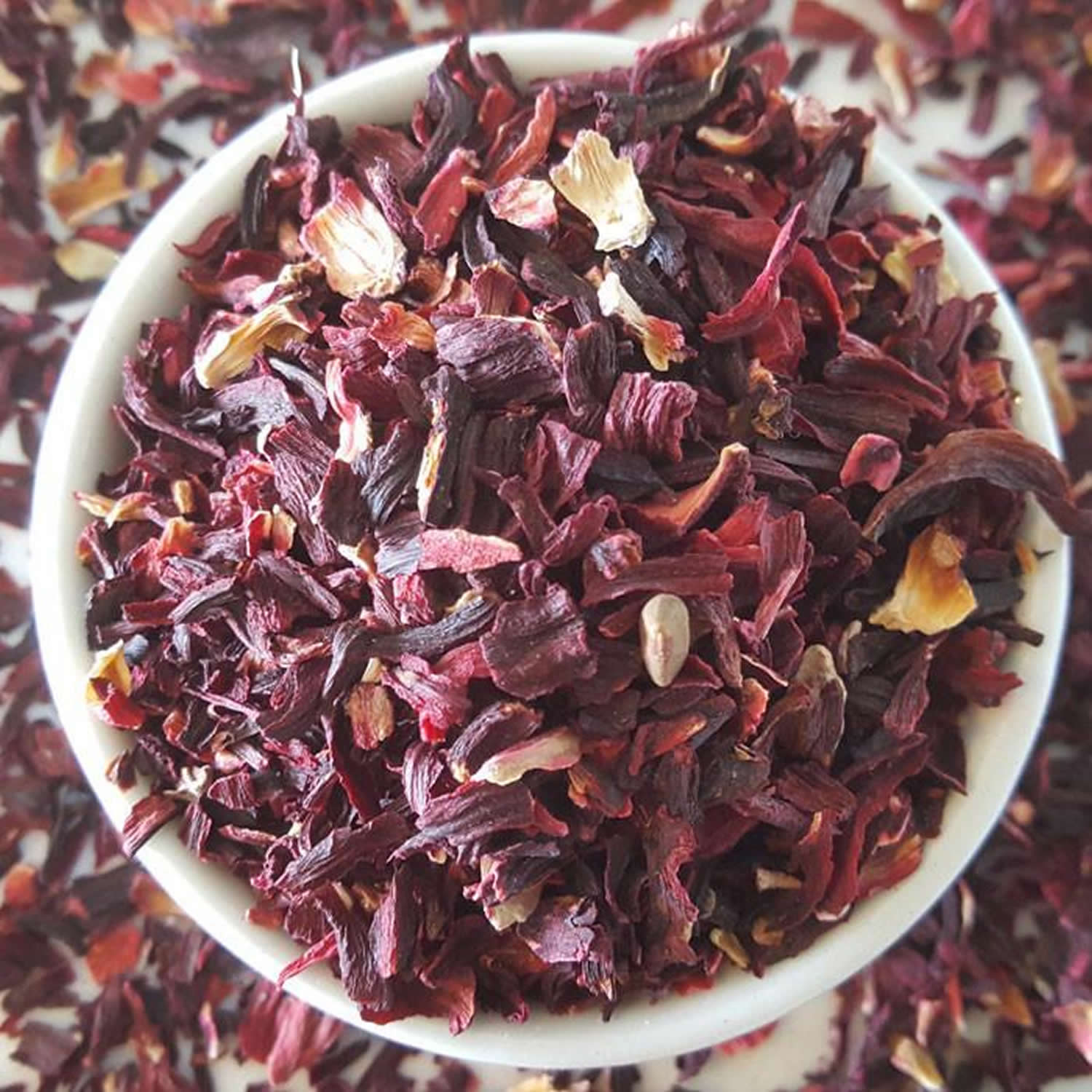 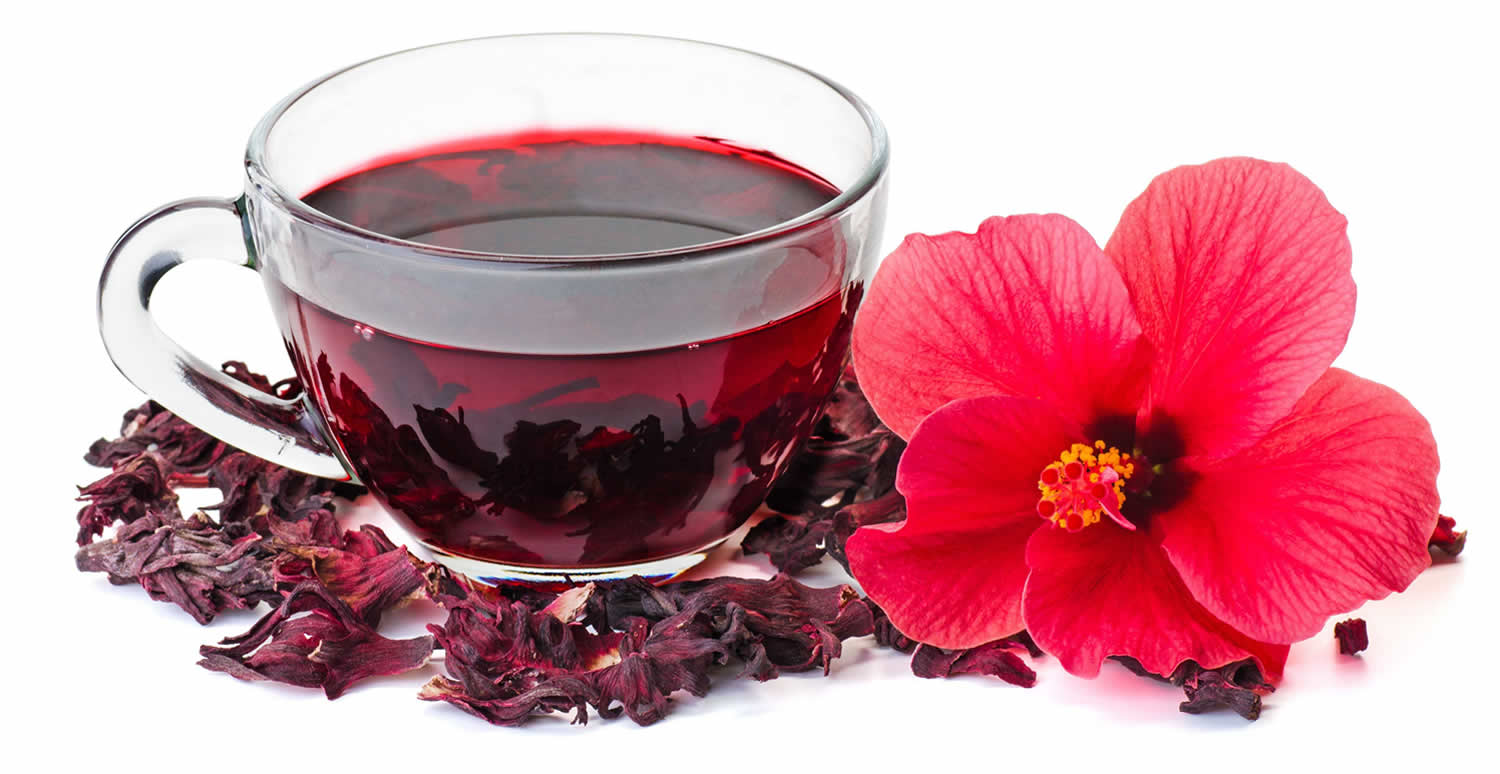 Hibiscus sabdariffa (hibiscus tea) is consumed as a beverage in the United States 11), Mexico 12), Nigeria and other West African countries 13), 14), Egypt 15), Iran 16), India 17), Thailand 18) and Tawian 19), among other countries. Ethnomedicinal studies have reported the use of Hibiscus sabdariffa for the treatment of various cardiovascular risk factors including hypertension in Egypt, Jordan, and Trinidad and Tobago 20), 21), hypotension in Jordan and Iraq 22), hyperlipidemia in Jordan, Greece, Brazil, and Trinidad and Tobago 23), 24), and obesity in Iraq, Greece, and Brazil 25), 26).

Ethnomedicinal studies provide evidence for the widespread use of a tea made with Hibiscus sabdariffa calyxes to treat hypertension and hyperlipidemia, but these studies provide little guidance for animal and human studies through their lack of attention to cultivation, preparation, and consumption patterns. Animal studies have consistently shown that consumption of Hibiscus sabdariffa extract reduces blood pressure in a dose dependent manner. They have also shown that total cholesterol, LDL “bad” cholesterol, and triglycerides were lowered in the majority of normolipidemic, hyperlipidemic, and diabetic animal models, whereas HDL “good” cholesterol was generally not affected by the consumption of Hibiscus sabdariffa extract.

In a randomized, double-blind, placebo-controlled clinical trial 32) involving 65 prehypertensive and mildly hypertensive adults, age 30–70 years, not taking blood pressure (BP)-lowering medications, with either 3 X 240-mL servings/day of brewed hibiscus tea or placebo beverage for 6 week. The study found that daily consumption of 3 servings of Hibiscus sabdariffa (hibiscus) tea, an amount readily incorporated into the diet, effectively lowered blood pressure in pre-hypertensive and mildly hypertensive adults 33). The maximum hypotensive effect was observed after a few weeks of 3 servings of Hibiscus sabdariffa (hibiscus) tea. However, further research is warranted to understand the relative contributions of the acute and chronic actions of hibiscus tea.

The blood pressure-lowering effects of hibiscus tea observed in that study 34) were greater than those reported in 2 large dietary interventions, the Dietary Approaches to Stop Hypertension (DASH) 35) and PREMIER 36) trials, both of which included participants with baseline blood pressure measures similar to this study volunteers. After 8 wk of consuming a diet rich in fruits and vegetables, the difference in systolic blood pressure between the placebo and treatment groups in the DASH study was 2.8 mm Hg, whereas after consuming the combination diet rich in fruits and vegetables plus low-fat dairy products, this difference was 5.5 mm Hg. After 6 months, participants in the PREMIER study given established lifestyle advice (i.e. lose weight, increase physical activity, and reduce sodium and alcohol consumption) lowered their systolic blood pressure by 3.7 mm Hg greater than those given more general advice (control group), whereas participants who were given the established advice and followed the DASH diet lowered their systolic blood pressure by 4.3 mm Hg compared with the control group. In a study, the difference in systolic blood pressure between the placebo and hibiscus tea groups was 5.9 mm Hg, similar to the systolic blood pressure-lowering effect obtained by following the combination DASH diet for 8 weeks. Effects of this magnitude are considered important for public health 37). On a population basis, a 5-mm Hg reduction in systolic blood pressure would result in a 14% overall reduction in mortality due to stroke, a 9% reduction in mortality due to coronary heart disease, and a 7% reduction in all-cause mortality 38). Although the health benefits of following the dietary pattern described in the DASH and PREMIER trials are substantiated, consumers may find these dietary changes too complex or difficult to comply with in full. In contrast, adding hibiscus tea to each meal is simple and, as such, may be an effective strategy for controlling blood pressure among pre-hypertensive and mildly hypertensive adults. Future research should consider whether combining the DASH diet with daily hibiscus tea consumption confers a greater reduction in blood pressure than either approach alone.

bless than comparator, Ele=elevated, Red=reduced, Inc=increased, depressed or elevated used accordingly when values compared with appropriate control, increased or reduced used when values compared between baseline and end of treatment within the same group
[Source 49)]

The potential mechanisms of action for the blood pressure-lowering effect of hibiscus tea were shown in laboratory test tube and animal studies that show that Hibiscus sabdariffa is a blood vessels relaxant 50), perhaps via action on calcium channels 51), an Angiotensin converting enzyme inhibitor (ACE inhibitor is medicine used in the treatment of hypertension and congestive heart failure) 52), and a diuretic 53). The angiotensin converting enzyme inhibitor activity and natriuretic effects of Hibiscus sabdariffa have also been observed in human studies 54). Other potential mechanisms of action related to the effects of the anthocyanins present in Hibiscus sabdariffa are also possible 55).

The observed hypertensive-lowering effect of hibiscus tea could be due to its major flavonoid components, delphinidin-3-sambubioside and cyanidin-3-sambubioside. However, other phytochemicals present might also contribute to this effect 57). Herraro-Arellano et al. 58) demonstrated the blood pressure-lowering effects of a standardized Hibiscus sabdariffa extract containing 250 mg of these anthocyanins in a 4-week study of 171 hypertensive patients. The Hibiscus sabdariffa extract lowered blood pressure from baseline after 4 week, although the magnitude of this effect was lower than that achieved in the comparison group treated with 10 mg lisinopril (a medicine used to lower blood pressure). Other bioavailability studies show that anthocyanins are rapidly absorbed and eliminated and that they are absorbed with poor efficiency 59).

Previous studies conducted in hypertensive patients used a higher dose of Hibiscus sabdariffa to compare its effects with that of either black tea 60) or a hypotensive drug 61). Haji Faraji and Haji Tarkhani 62) tested 54 patients, mean age 52 years, in a hospital-based, randomized, clinical trial over a 15-days period. In their study, the treatment group consumed 1 glass daily of Hibiscus sabdariffa tea prepared with 2 spoonfuls of blended tea per glass brewed in boiling water for 20–30 min. No quantitative analysis of the potential active ingredients in the Hibiscus sabdariffa beverage was reported, although it can be assumed that the higher quantity of dried Hibiscus sabdariffa calyces used in their study, and the longer brew time. Their control group consumed black tea prepared similarly. Black tea is not an inert placebo because it contains caffeine, catechins, and flavonols, compounds known to affect vasodilation. Herrera-Arellano et al. 63) compared Hibiscus sabdariffa with an angiotensin converting enzyme (ACE) inhibitor in a randomized trial of 75 patients aged 30–80 years. In their study, an infusion prepared with 10 g of dry Hibiscus sabdariffa calyces in 0.5 L water (9.6 mg anthocyanins) and administered daily was compared with 25 mg captopril administered twice daily for 4 week and systolic blood pressure did not differ between the groups. The magnitude of change in systolic blood pressure from baseline in both the Haji Faraji and Haji Tarkhani 64) and Herrera-Arellano et al. 65) studies was approximately double the amount observed. This outcome was not unexpected, because the participants in these nonplacebo–controlled studies had higher initial systolic blood pressure (+10–30 mm Hg) and diastolic blood pressure (+12–22 mm Hg) and were taking antihypertensive medication prior to the intervention.

Most studies did not make clear the type of randomized clinical trial being conducted and in many cases there were study design problems. In several randomized clinical trials black tea was used as the comparator, as opposed to a placebo, making the results difficult to interpret because of the active pharmacological properties of black tea. McKay and colleagues’ 99) in the only placebo-controlled trial to date provided a notable exception to this trend by using a placebo drink that was non-active and is used in the beverage industry to mimic the flavor of Hibiscus sabdariffa tea in commercially prepared drinks. In some comparative effectiveness trials it was difficult to compare effectiveness between treatments because the medication was not administered as directed by doctors 100), whereas other trials provided realistic comparators. The results from the study on dose response are difficult to interpret because the baseline values for total cholesterol differed substantially between groups 101).

Additionally, there were several problems specific to the cholesterol randomized clinical trials. Differences between groups were impossible to assess because none of the studies included effect sizes or statistical analyses of the between-group differences. Another problem with most of the cholesterol trials was short study duration with 4 trials lasting 15 days to 30 days and only one trial of a longer 90 day duration. In general, lipid profiles can take up to 2 months to reflect meaningful change in patients given statin medication or modifications to their diet and lifestyle 102). The hypertension trials selected patient populations with mild to moderate hypertension with only one study providing the additional condition of diabetes, whereas the patient populations in the cholesterol trials had an array of conditions, many of which did not include elevated cholesterol, making it difficult to assess the effectiveness of Hibiscus sabdariffa in treating hyperlipidemia.

Hibiscus sabdariffa extracts have a low degree of toxicity with a LD50 (Lethal Dose 50% is the amount of the substance required (usually per body weight) to kill 50% of the test population) ranging from 2,000 to over 5,000 mg/kg/day 114). There is no evidence of hepatic or renal toxicity as the result of Hibiscus sabdariffa extract consumption, except for possible adverse hepatic effects at high doses 115).

Anthocyanins found in abundance in Hibiscus sabdariffa calyxes are generally considered the phytochemicals responsible for the antihypertensive and hypocholesterolemic effects, however evidence has also been provided for the role of polyphenols and hibiscus acid. A number of potential mechanisms have been proposed to explain the hypotensive and anticholesterol effects, but the most common explanation is the antioxidant effects of the anthocyanins inhibit LDL “bad” cholesterol oxidation which impedes atherosclerosis, an important cardiovascular risk factor. Research on active compounds in Hibiscus sabdariffa and the mechanisms of action are still fairly nascent making it difficult to justify carrying out randomized clinical trials using anything other than the whole plant parts used in general practice.

This body of evidence interpreted together suggests that Hibiscus sabdariffa may have potential to reduce risk factors associated with cardiovascular disease (e.g. hypertension) and merits further study.