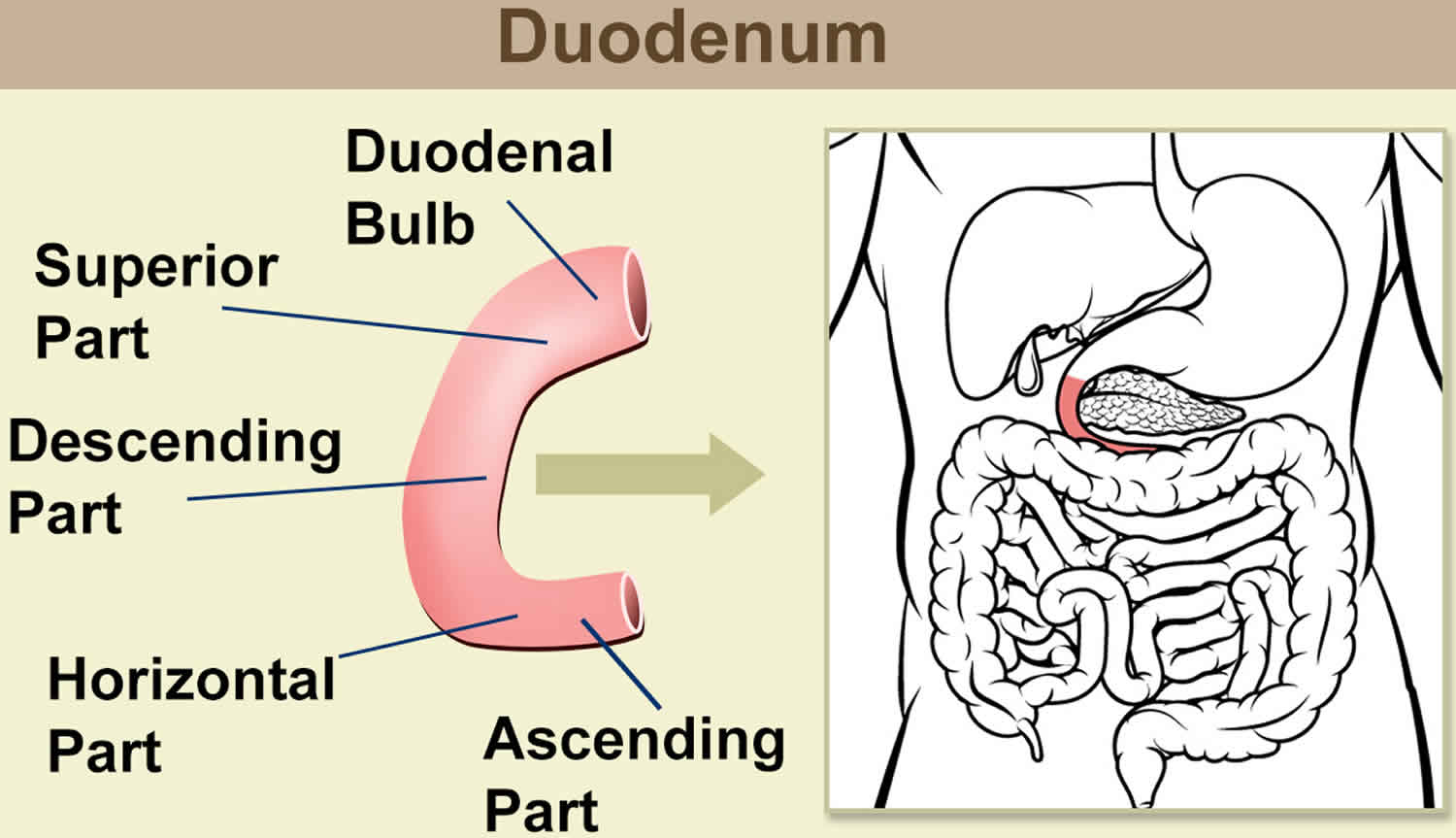 The walls of the duodenum are made up of 4 layers of tissue that are identical to the other layers of the gastrointestinal (GI) tract. From innermost to the outermost layer, these are the mucosa, submucosa, muscularis, and serosa layers. The mucosal layer lines the inner surface of the duodenum and is made of simple columnar cells with microvilli and numerous mucous glands. The submucosal layer is mostly a layer of connective tissue where blood vessels and nerves travel through. The muscularis layer contains the smooth muscle of the duodenum and allow mixing and forward peristaltic movement of chyme. The serosal layer is characterized by squamous epithelium that acts as a barrier for the duodenum from other organs within the human body.

The duodenojejunal flexure is the sudden turn which is usually identified during surgery by the location of the inferior mesenteric vein, which is located to the immediate left. The duodenojejunal flexure is attached to the posterior abdominal wall by the ligament of Treitz. Except for the first segment, the rest of the duodenum is retroperitoneal and has no mesentery and is fixed to the posterior abdominal cavity.

The distal end of the common bile duct joins with the pancreatic duct to form the biliopancreatic ampulla which opens on the dome of the major duodenal papilla, located on the second segment of the C-shaped duodenum. This anatomical landmark is important for gastroenterologists as they do endoscopic retrograde cholangiopancreatography (ERCP) procedures to cannulate the major papilla of the duodenum. 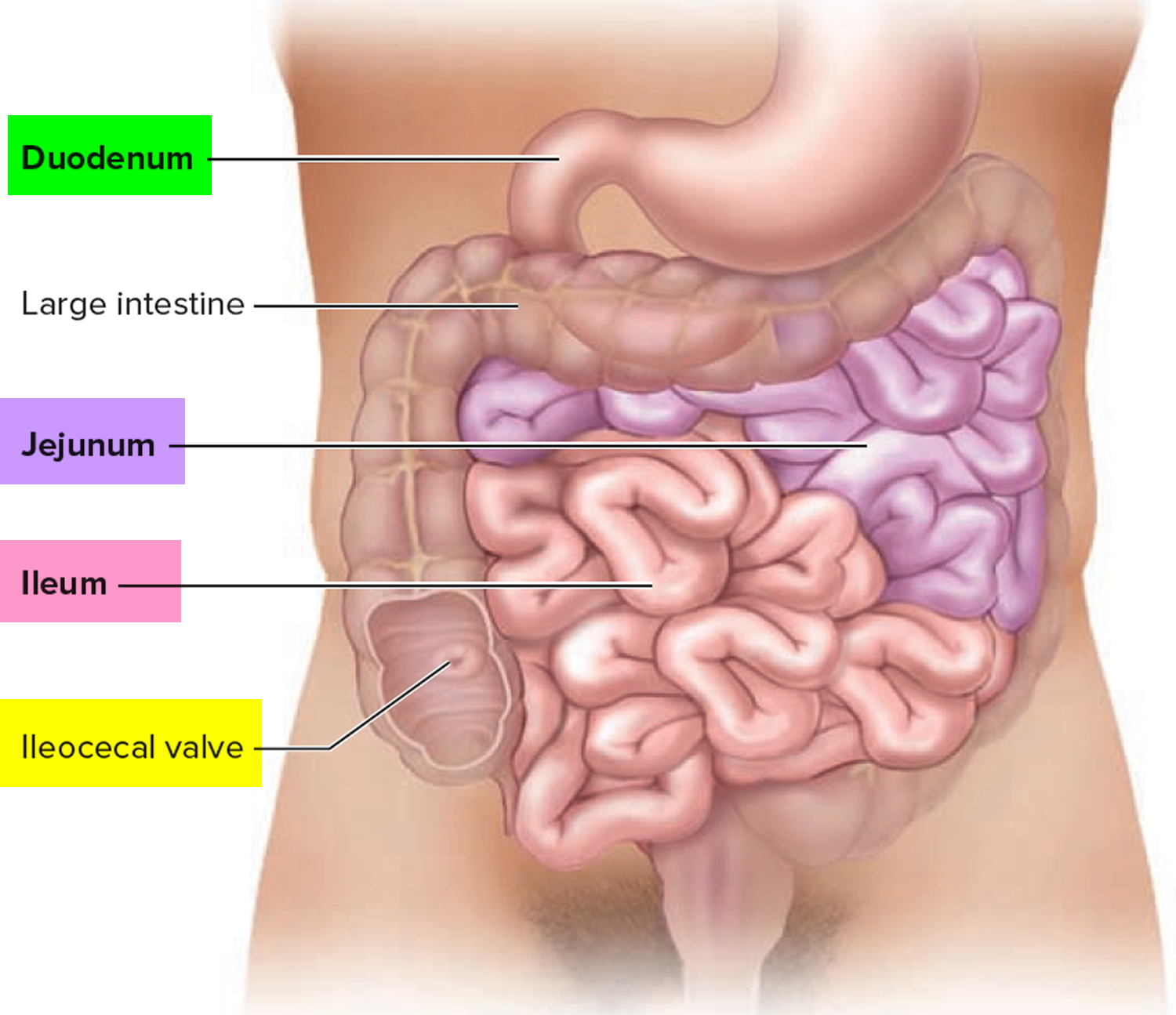 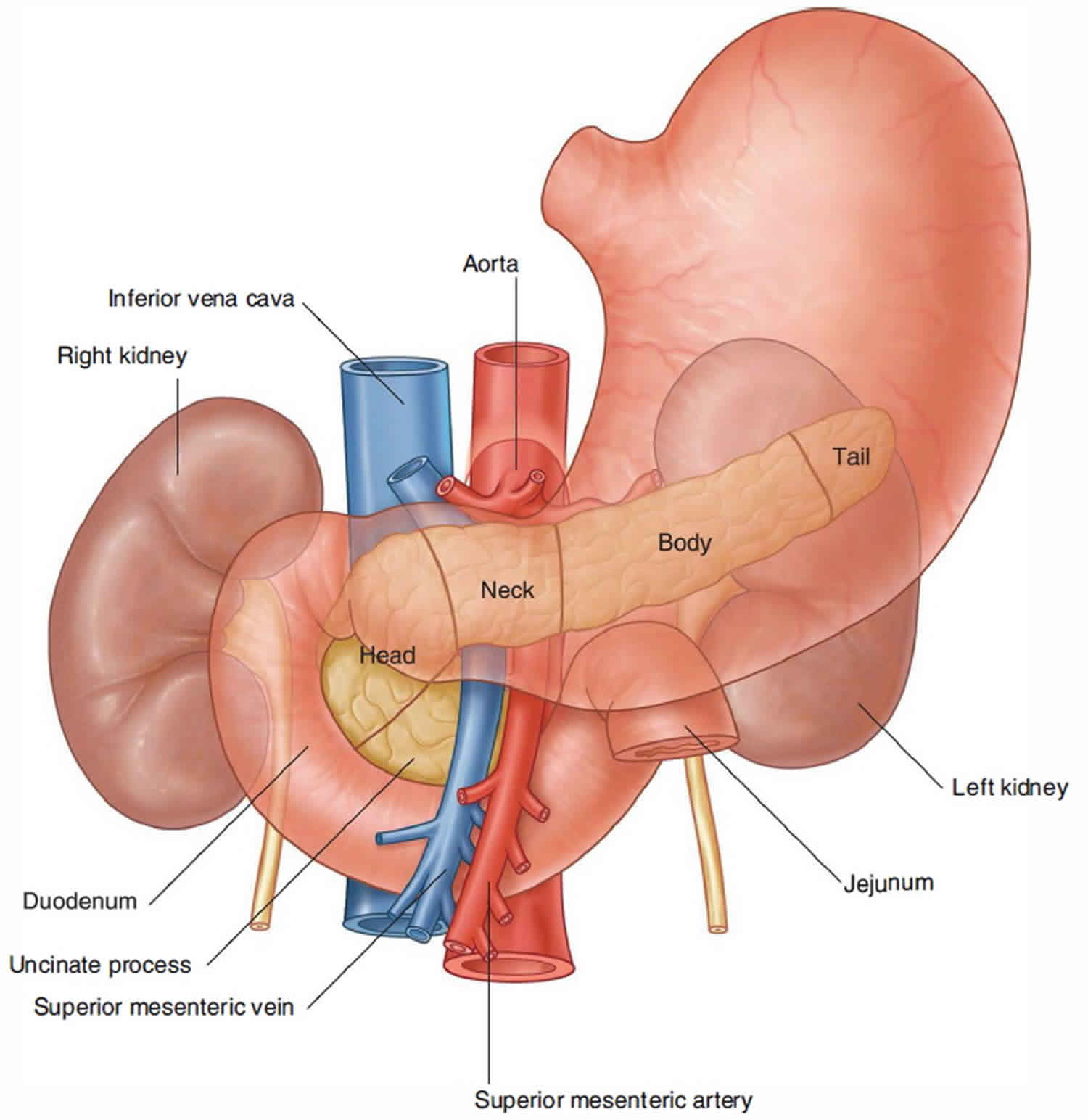 Figure 3. Relationship of the duodenum to the pancreas, liver and gallbladder 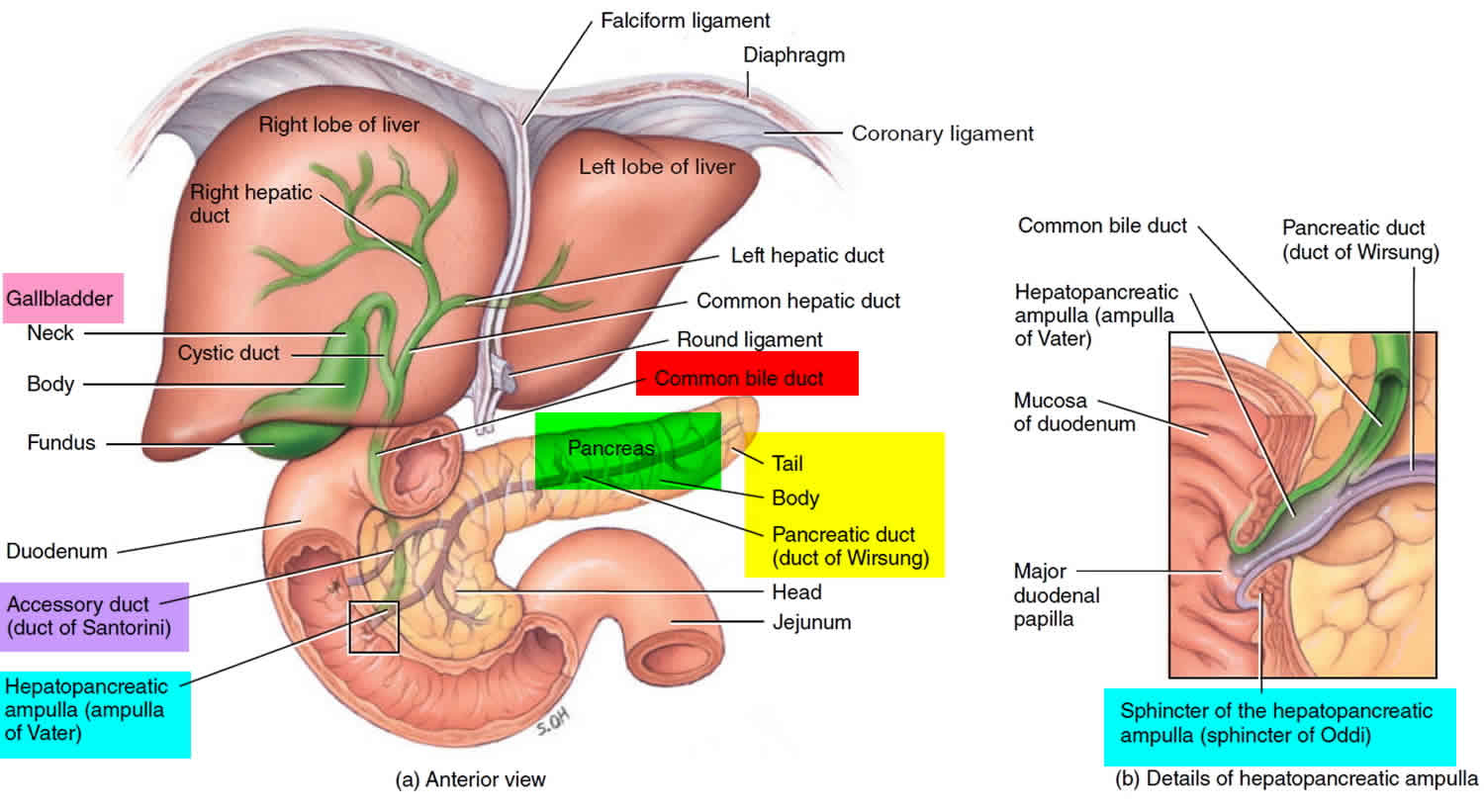 The muscles located in the muscularis layer of the duodenum include the circular and longitudinal muscles. It is through the coordination of contraction of these muscles that allow for peristalsis to occur throughout the gastrointestinal tract, including the duodenum. 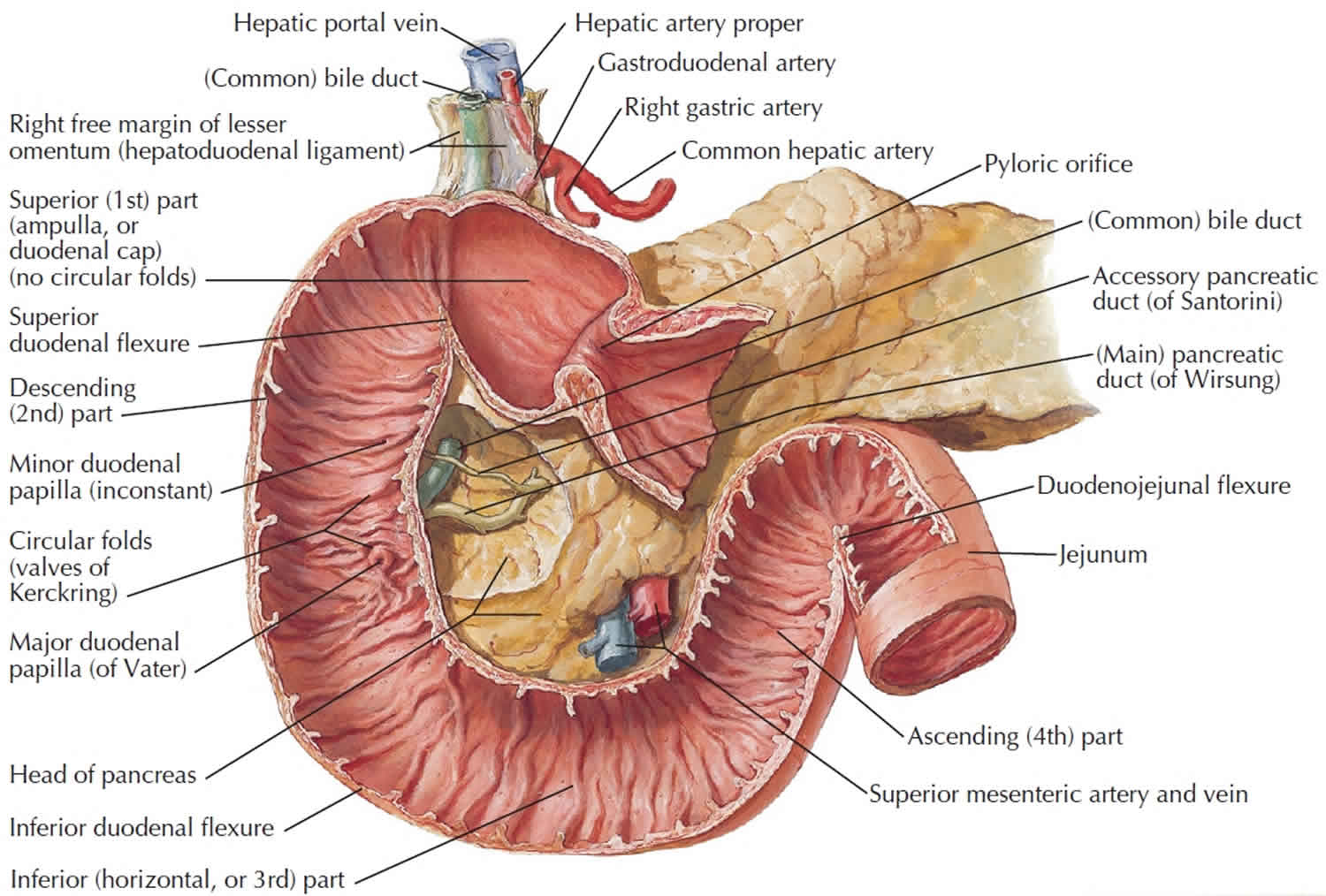 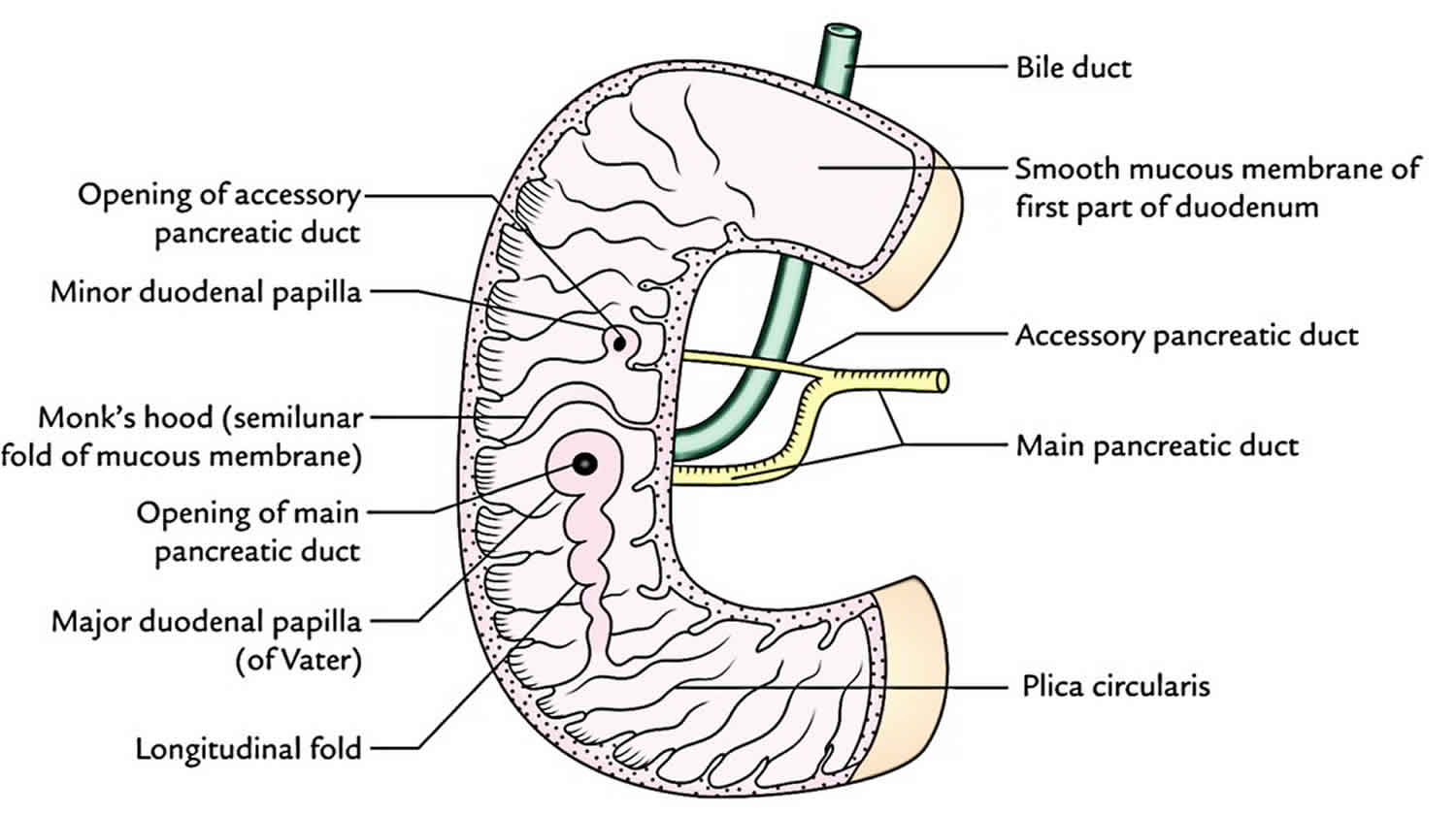 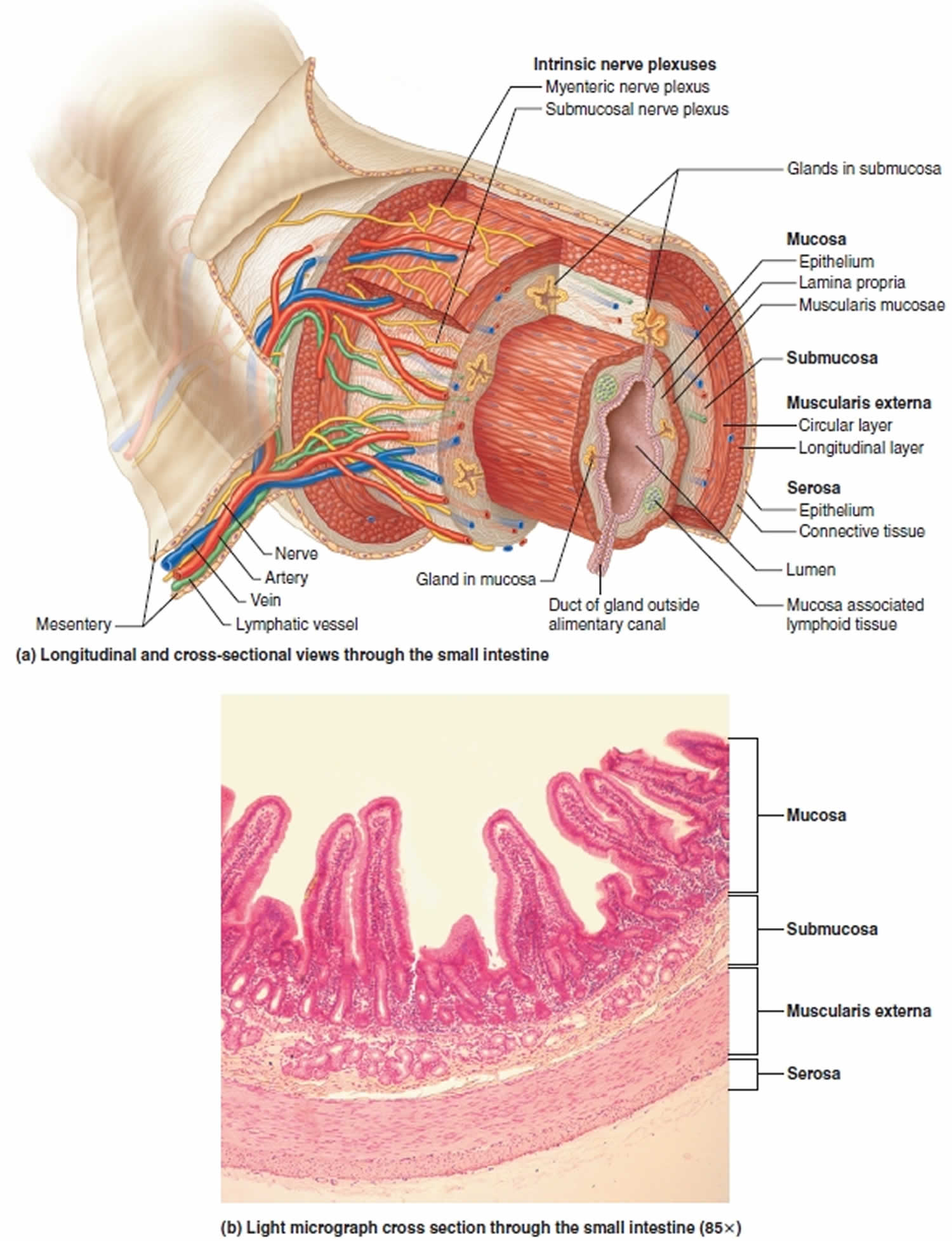 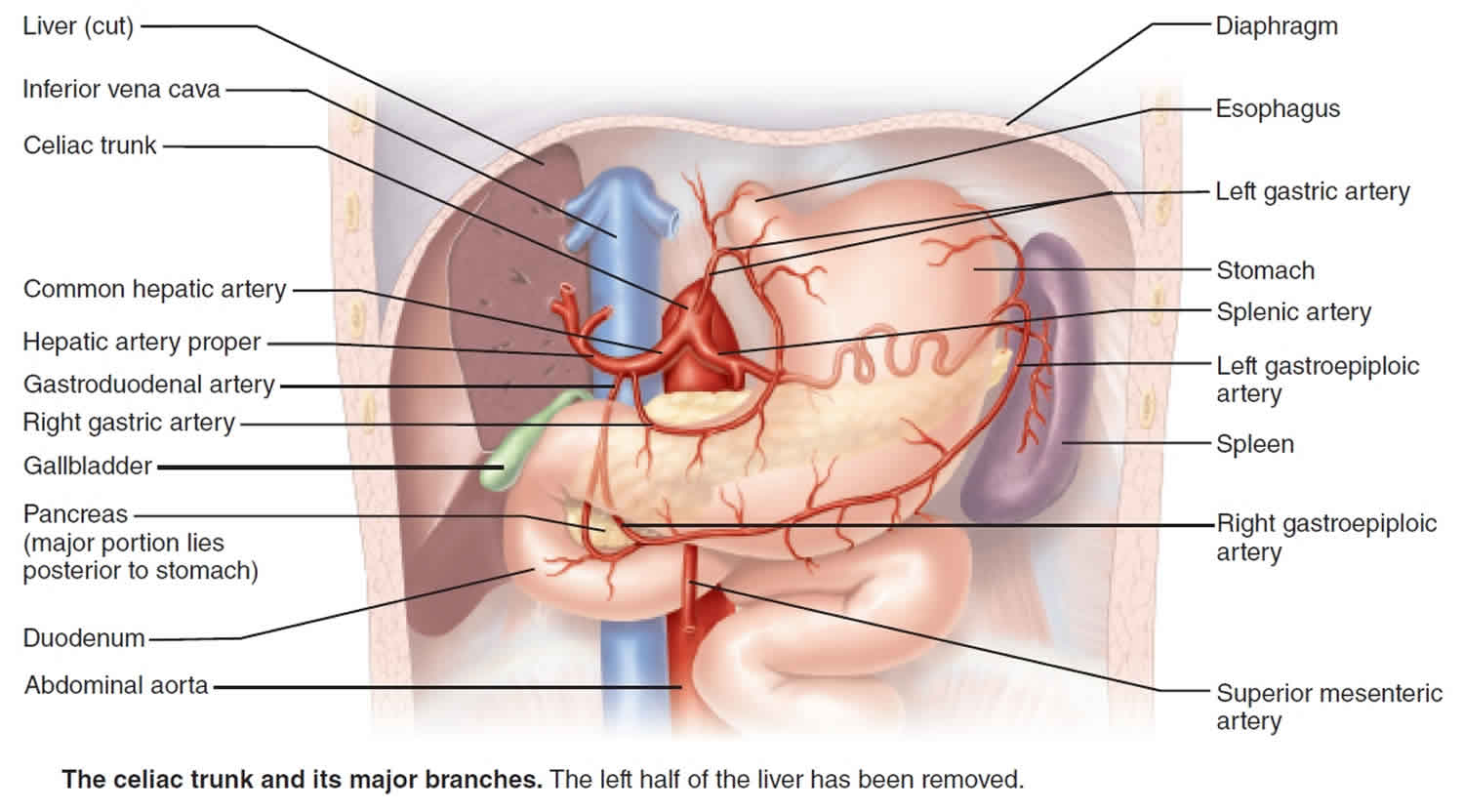 What does the duodenum do?

The duodenum is the mixing pot of the small intestine. Duodenum receives chyme from the stomach, which is a mixture of food products and acid, through a controlled valve between the stomach and the duodenum called the pylorus. Pancreatic enzymes enter the duodenum as well, releasing enzymes to break down the products from the stomach, and bicarbonate to neutralize the acid from the stomach before reaching the jejunum. Here the liver introduces bile which allows for the breakdown and absorption of fat from food products. The digestion inside of the duodenum is facilitated by the digestive enzymes and intestinal juices secreted by the intestinal wall as well as fluids received from the gallbladder, liver, and pancreas. This is received into the duodenum by the major and minor papilla in the second part of the duodenum. The duodenal papilla is surrounded by a semicircular fold superiorly and the sphincter of Oddi which is the muscle that prevents reflux of duodenal secretions into the bile and pancreatic ducts.

The duodenum also has the unique ability to regulate its environment with hormones that are released from the duodenal epithelium. One of those hormones is secretin, which is released when the pH of the duodenum decreases to a less than desirable level 2). The secretin hormone acts to neutralize the pH of the duodenum by stimulating water and bicarbonate secretion into the duodenum. In the duodenum there are tubular duodenal glands, whose ducts open into the intestinal crypts. These glands secrete an alkaline,
bicarbonate-rich mucus that helps neutralize the acidity of the chyme from the stomach and contributes to the protective layer of mucus on the inner surface of the small intestine. This also aids in the digestion process as pancreatic amylase and lipase require a certain pH to function optimally. Another hormone that is released by the duodenal epithelium is cholecystokinin (CCK). Cholecystokinin is released in the presence of fatty acids and amino acids inside of the duodenum and acts to inhibit gastric emptying and also to stimulate contraction of the gallbladder while simultaneously causing relaxation of the sphincter of Oddi to allow delivery of bile into the duodenum to aid in digestion and absorption of nutrients.

Hypertrophic pyloric stenosis is a condition that occurs due to hyperproliferation of the smooth muscle of the pyloric sphincter. This condition occurs in 0.5% to 1% of infants and manifests with forceful or projectile non-bilious vomiting shortly after feeding. The large pyloric sphincter prevents gastric emptying into the duodenum and causes the infant to have forceful vomiting episodes. The vomitus itself will be non-bilious due to the blockage being before the duodenal papilla enters the duodenal cavity. This hypertrophic sphincter can sometimes be felt as an “olive-shaped mass” or as a small knot at the right costal margin in the epigastric region on the patient. Treatment is usually surgery that includes a myomectomy procedure of the pyloric sphincter.

Duodenal atresia occurs due to complete closure of the lumen of the duodenum. This condition can be entertained if the mother of a fetus presents with polyhydramnios or with newborns that present with signs and symptoms of intestinal obstruction. Upon x-ray of the abdomen, a common radiographic finding in these patients is the “double-bubble-sign.” This is due to the air located in the stomach and the proximal duodenum separated by the pyloric sphincter. The cause of these atresias is commonly caused by vascular accidents or ischemic incidents during development. There has been an association with this condition and with patients diagnosed with Down syndrome. Treatment is surgical which includes a duodenoduodenostomy.

The duodenum is also of clinical significance because it is prone to ulceration most commonly by a patient who is infected with Helicobacter pylori. This is of special importance due to the special circumstance if this ulcer is located in the posterior portion of the duodenum that could potentially lead to a life-threatening injury to the gastroduodenal artery.

Apparently inflamed duodenal mucosa is often seen at endoscopy in patients referred for investigation of epigastric pain, and the term ‘duodenitis’ frequently used 3). Duodenitis is often associated with the presence of Helicobacter pylori 4). The endoscopic appearances of ‘duodenitis’ were associated with ingestion of non-steroidal anti-inflammatory drug (NSAID) consumption principally low dose aspirin intake. Non-steroidal anti-inflammatory drug (NSAID) ingestion along with Helicobacter pylori infection is considered a risk for duodenal ulceration 5).

Malignant tumors of the duodenum are observed with the same frequency in men and women 9). The peak of frequency is the sixth decade, although the disease may develop in younger patients. Signs and symptoms are specific. The main symptoms are: abdominal pain (15 to 60% of patients), weight loss (30 to 59%), nausea and vomiting (25 to 30%), jaundice (20 to 30%), hemorrhage (10 to 38%). A palpable abdominal mass is found in less than 5% of the patients 10).

Due to the low incidence of malignant tumors of the duodenum there is no randomized study comparing different types of treatment. Complete surgical resection is the only hope for cure. Two types of surgical resection are available: pancreatoduodenectomy associated with various types of lymphadenectomies or segmental resections 11). Pancreatoduodenectomy has been advocated as the surgical procedure of choice because it offers the possibility of regional lymph node resection. Nonetheless good long-term results have been observed with segmental resection, particularly for tumors of the distal part of the duodenum 12). When local extension or metastatic disease preclude curative resection, palliative procedures such as gastrojejunal anastomosis can be performed. Laser photocoagulation has been proposed for patients unfit for surgery with good palliation on hemorrhage and obstructive symptoms.

Radiotherapy and chemotherapy have been used in few cases most often as an adjuvant postoperative treatment with no improvement in outcome. Only one study has shown a complete response in 4 patients treated preoperatively by radio-chemotherapy. The treatment was completed by duodenopancreatectomy and all patients are alive 12 to 90 months after treatment 13). Nonetheless, no sound conclusions on the efficacy of these treatments can be established.

The 5 year-survival rate varies widely according to the series published, but is generally reported to be > 40% in case of curative resection. The presence of lymph node metastases is not a factor of bad prognosis in most series and must not preclude an attempt at curative resection 14).