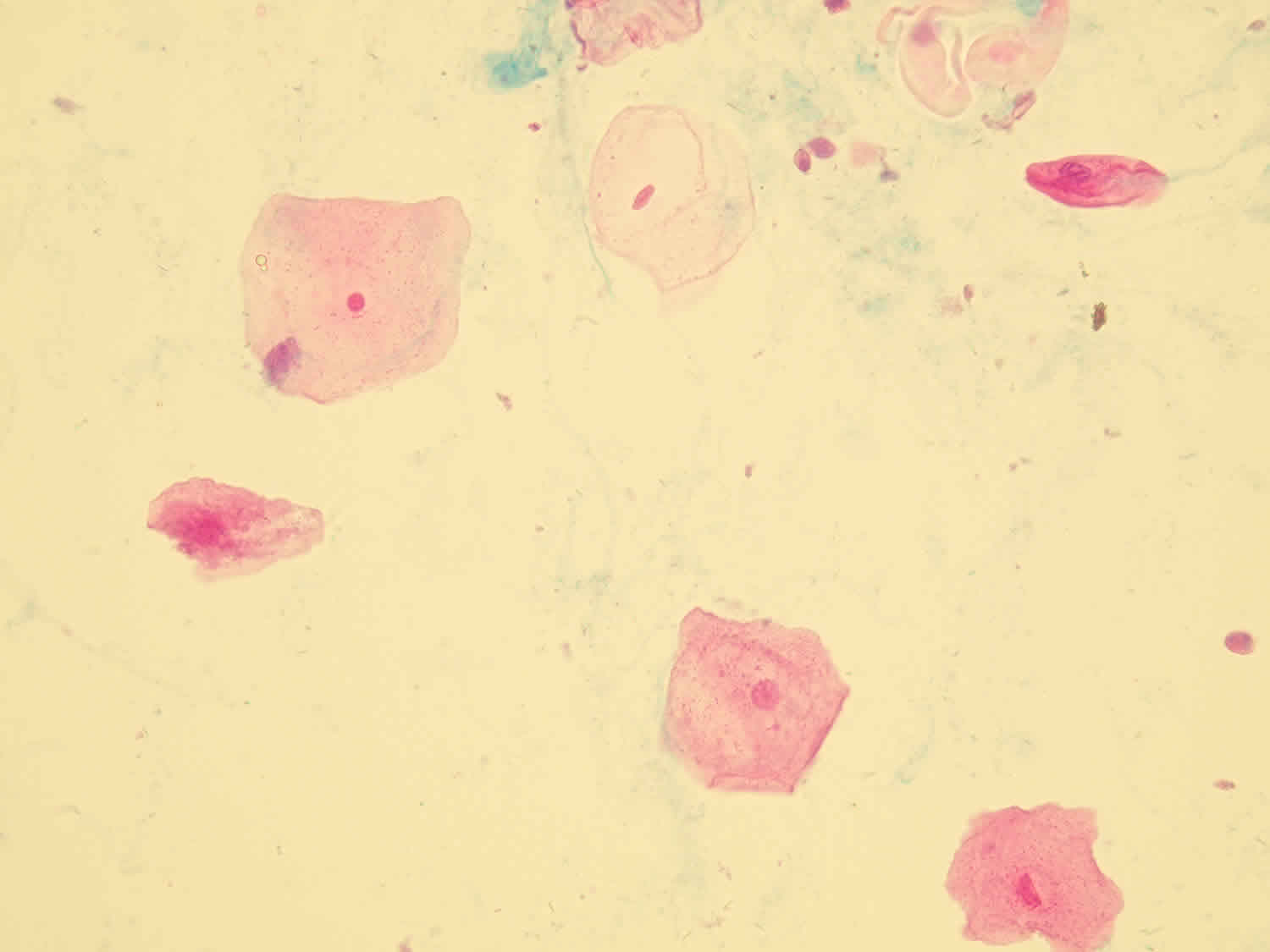 What is epithelial cells in urine

However, an epithelial cells in urine test is also part of a urinalysis called urine cytology, an examination of urine cells under a microscope to rule out bladder cancer 1). Urinary cytology identifies malignant cells that have been exfoliated from the urothelium into the urine. The specificity of urine cytology is greater than 90% 2), while the sensitivity for high-grade disease and carcinoma-in-situ (CIS) can be as high as 80 to 90% 3).

Your health care provider may have ordered an epithelial cells in urine test as part of your regular checkup or if your visual or chemical urine tests showed abnormal results. You may also need this test if you have symptoms of a urinary or kidney disorder. These symptoms may include:

Epithelial cells in urine test results are often reported as an approximate amount, such as “few,” moderate,” or “many” cells. “Few” cells are generally considered in the normal range. The normal range is less than 15-20 cells per high power field. “Moderate” or “many” cells may indicate a medical condition such as:

If your results are not in the normal range, it doesn’t necessarily mean that you have a medical condition that requires treatment. You may need more tests before you can get a diagnosis. To learn what your results mean, talk to your health care provider.

The most common type of urine specimen for cytologic analysis is voided urine. Again, keep in mind that although the submitted sample is marked as a “voided urine”, it is important to determine whether a cystoscopy has been performed, and if so, whether the sample is collected before or after the cystoscopy procedure. In collecting “true” voided urine, one should avoid a “first morning” specimen and collect the “second morning” voided sample, since the overnight urine often contains many degenerated urothelial cells complicating both morphologic and marker analysis. Although there are data to suggest that three specimens of “second morning” voided urine collected over three consecutive days may optimize the detection of urothelial malignancy 4), this is not a common practice, likely because of cost and convenience.

Another common urine sample is catheterized urine, which is usually more cellular than true voided urine but is otherwise identical. Genital contamination may be less of a problem compared to a true voided urine. The wash and brush samples from bladder, ureter, or renal pelves provide a complement to voided urine samples for the evaluation of urinary tract lesions where cystoscopy (or retrograde ureterocystoscopy) is performed at the same time. Depending on whether a suspicious lesion is seen, a washing or brushing may be performed at the same time as well. The advantages of washing and brushing samples include greater cellularity and a more targeted and homogeneous population of urothelial cells to be analyzed. For low grade lesions, cytomorphologic analysis alone for washing or brushing samples can be extremely challenging. In such a setting, correlating the cytology with the cystoscopy finding is essential. In contrast, for high grade lesions, especially carcinoma in situ, there may be many single or loosely cohesive, highly atypical cells on cytology while cystoscopy may or may not show a visible lesion. Biopsy may show only a few tumor cells on the surface (the “clinging” type of carcinoma in situ). A positive cytology coupled with what appears to be a negative cystoscopy or biopsy is another source of the so-called “false” false positive diagnosis. More discussion on this point will be provided in conjunction with the discussion on tumor markers below.

Other specimen types include ileal conduit or neobladder urine, which are often characterized by the presence of many degenerated columnar epithelial cells and inflammatory cells. On occasion, recurrent urothelial carcinoma may be seen, and diagnosis of such lesions can be extremely difficult since many biomarkers (as discussed below) may not be helpful in such a case.

What happens during an epithelial cells in urine test?

Other cells in urine:

What are renal epithelial cells in urine 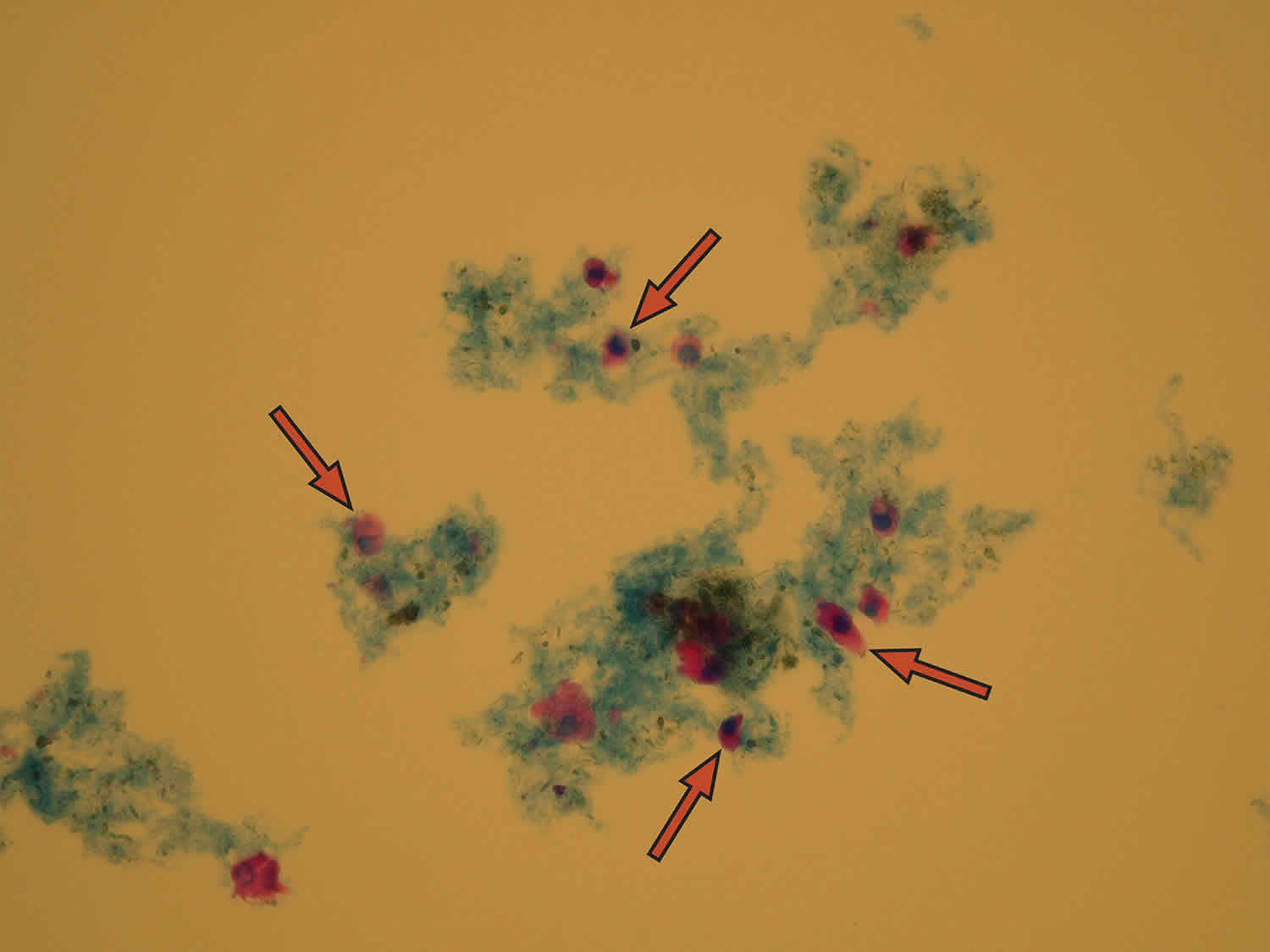 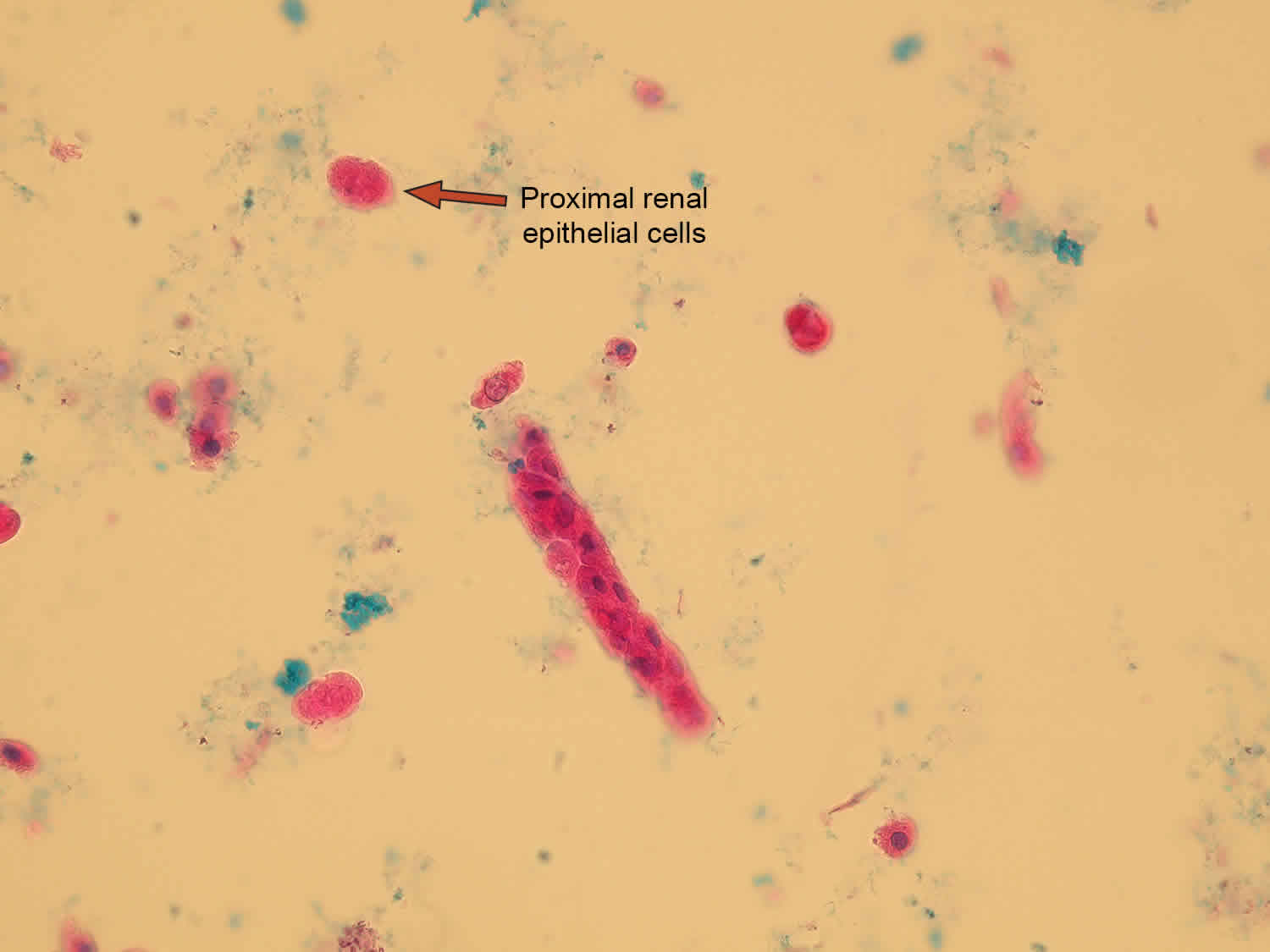 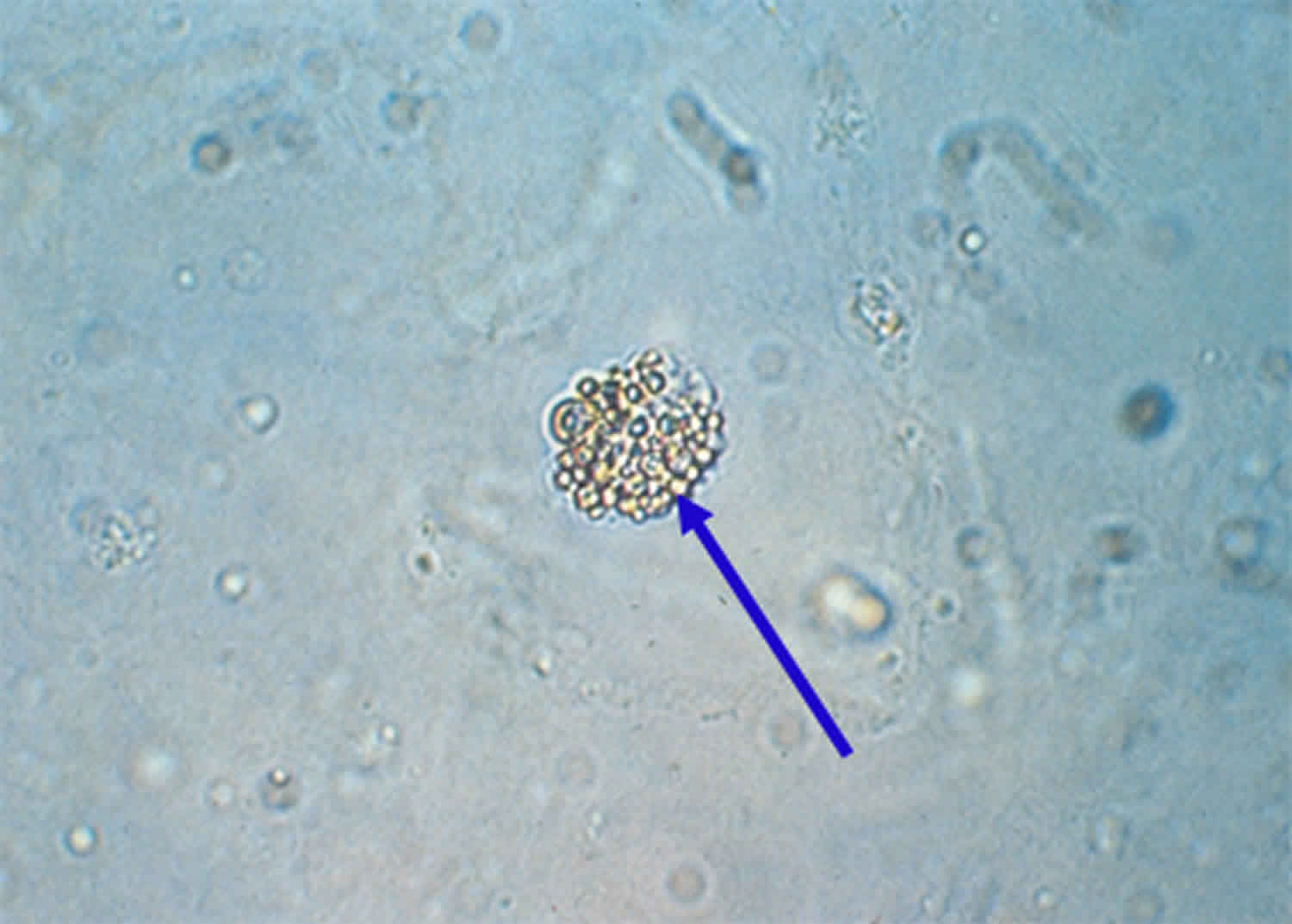 Seminal vesicle cells may occasionally be seen in urine. The cytoplasm may have a golden-brown pigment. Nuclei tend to be hyperchromatic with degenerative chromatin. 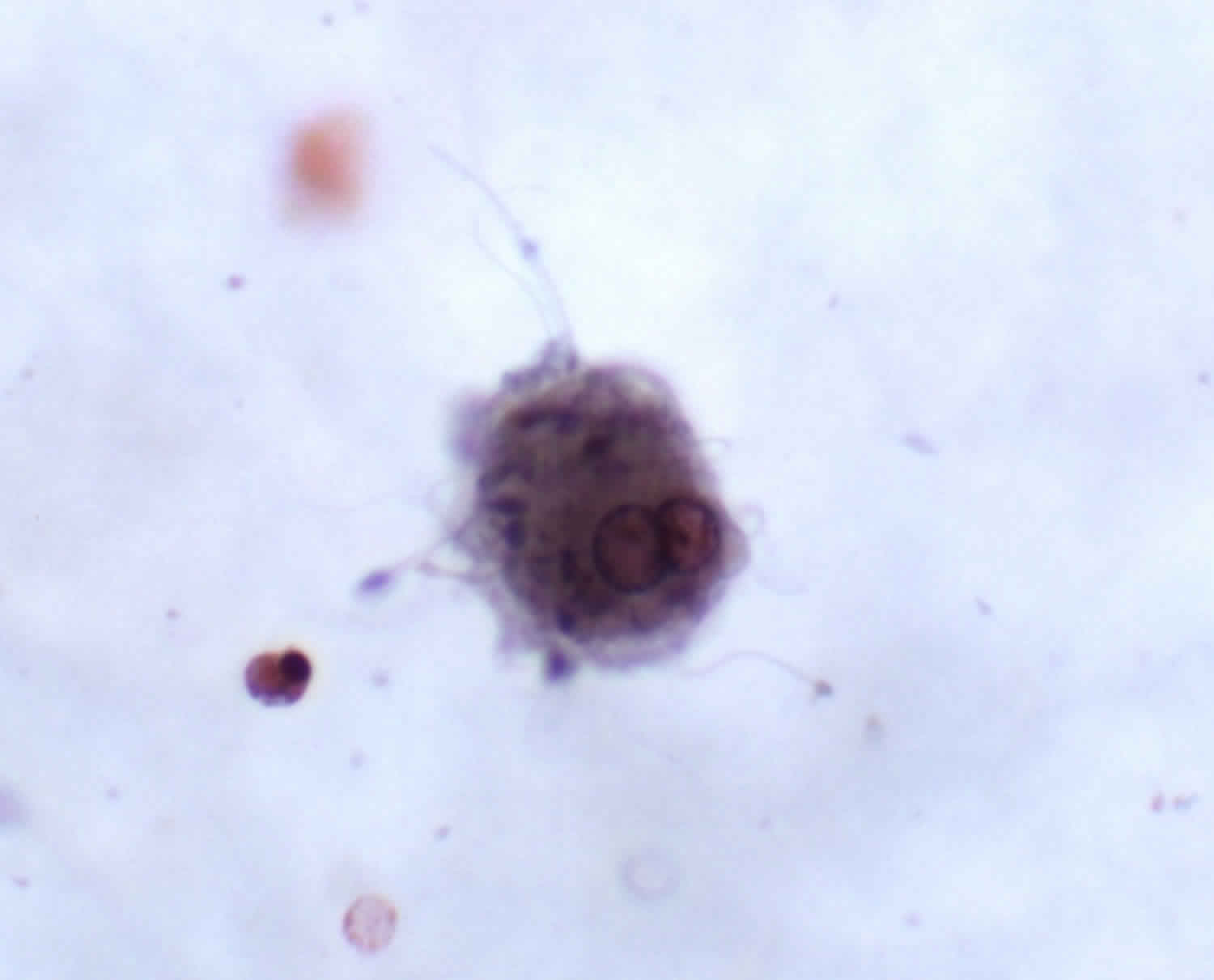 What is squamous epithelial cells in urine 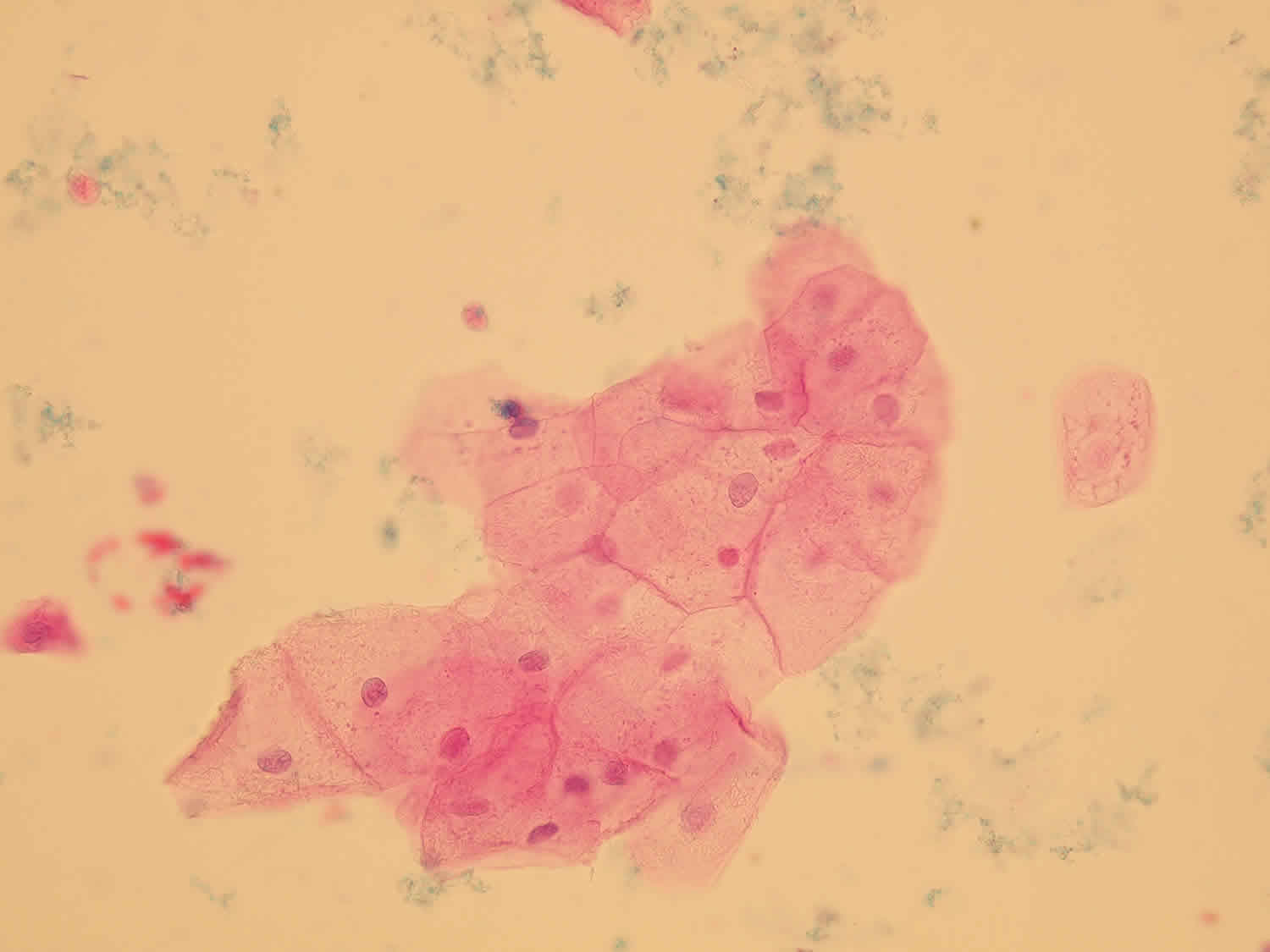 What are transitional epithelial cells in urine 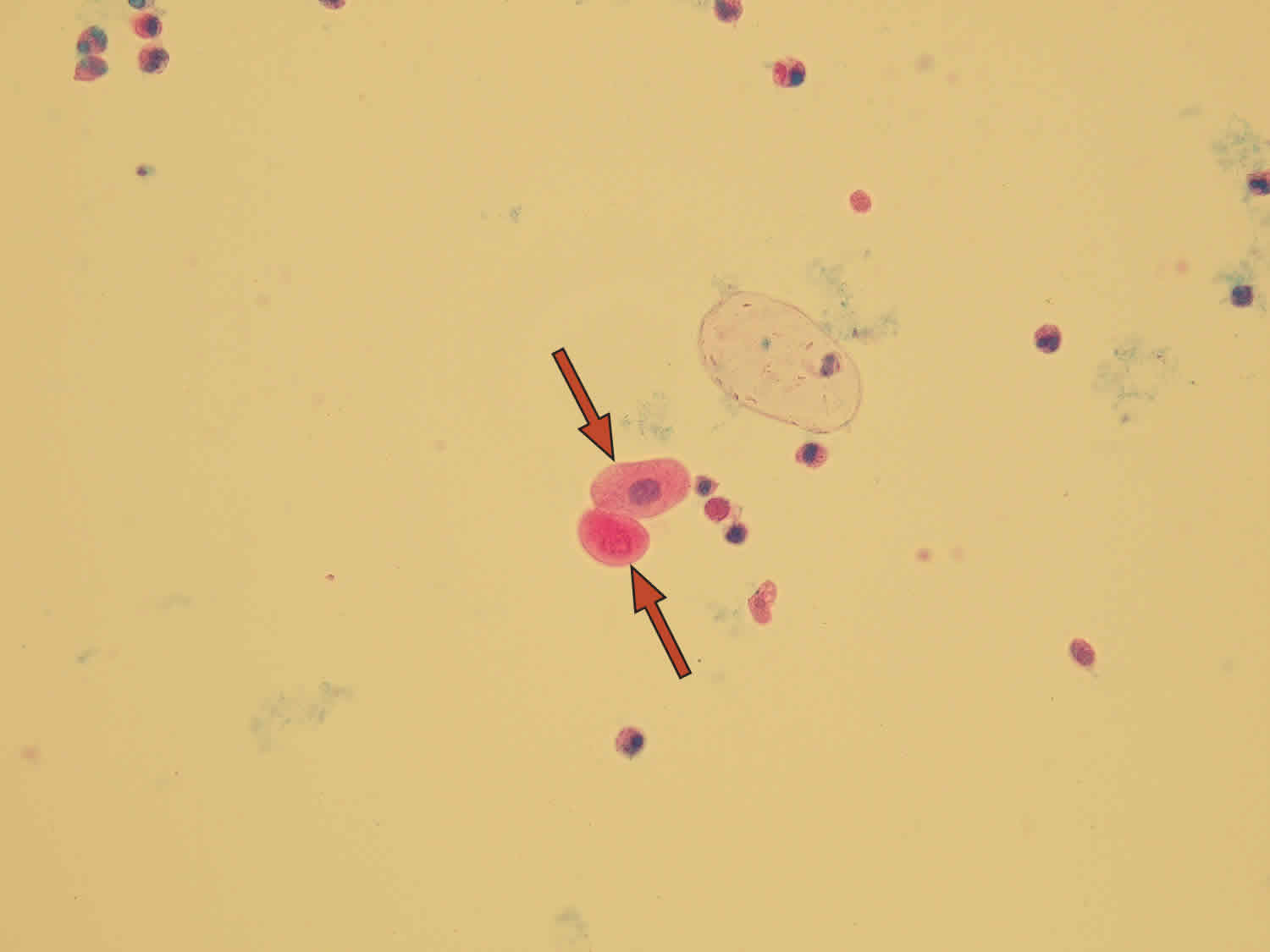 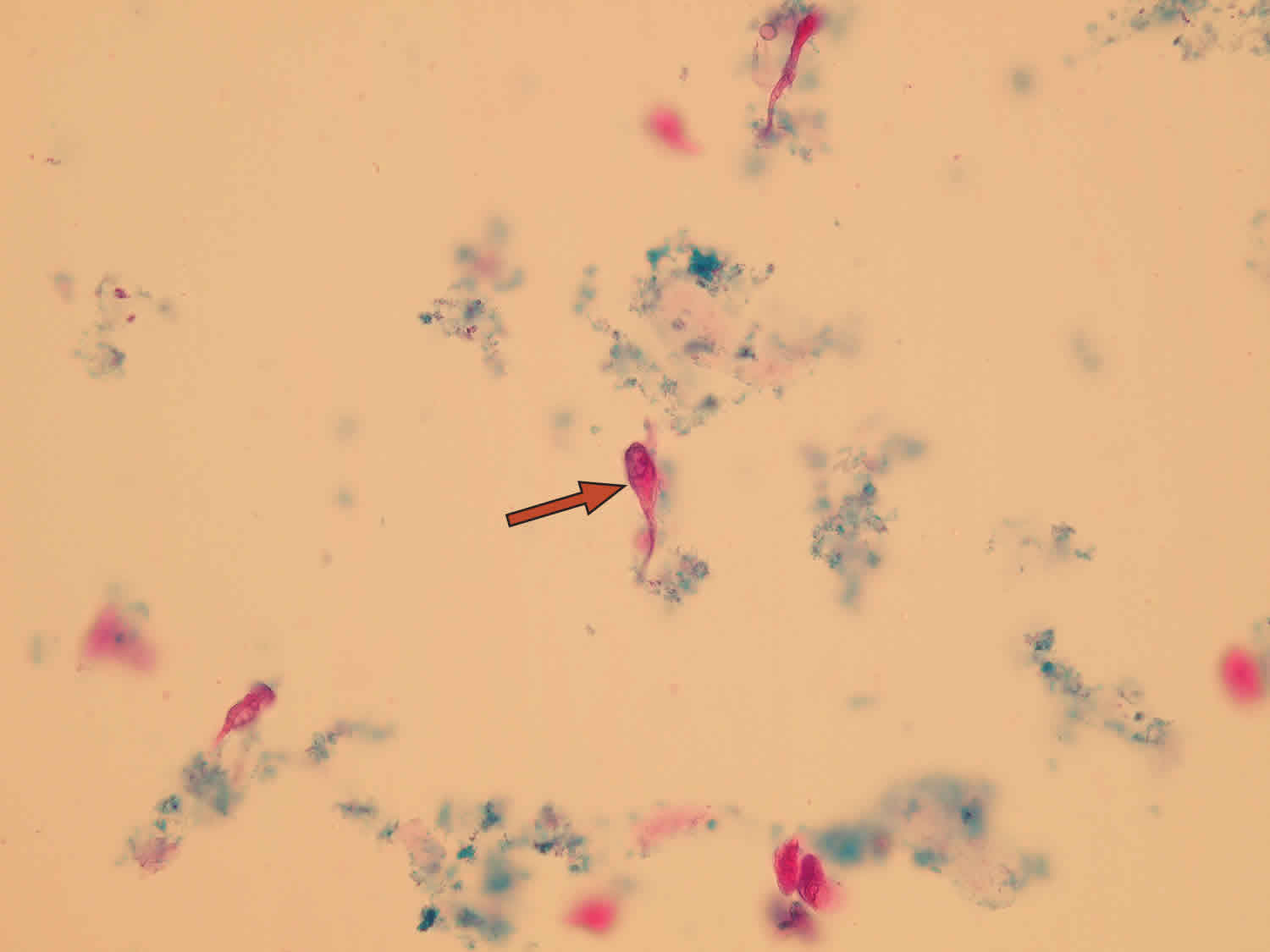