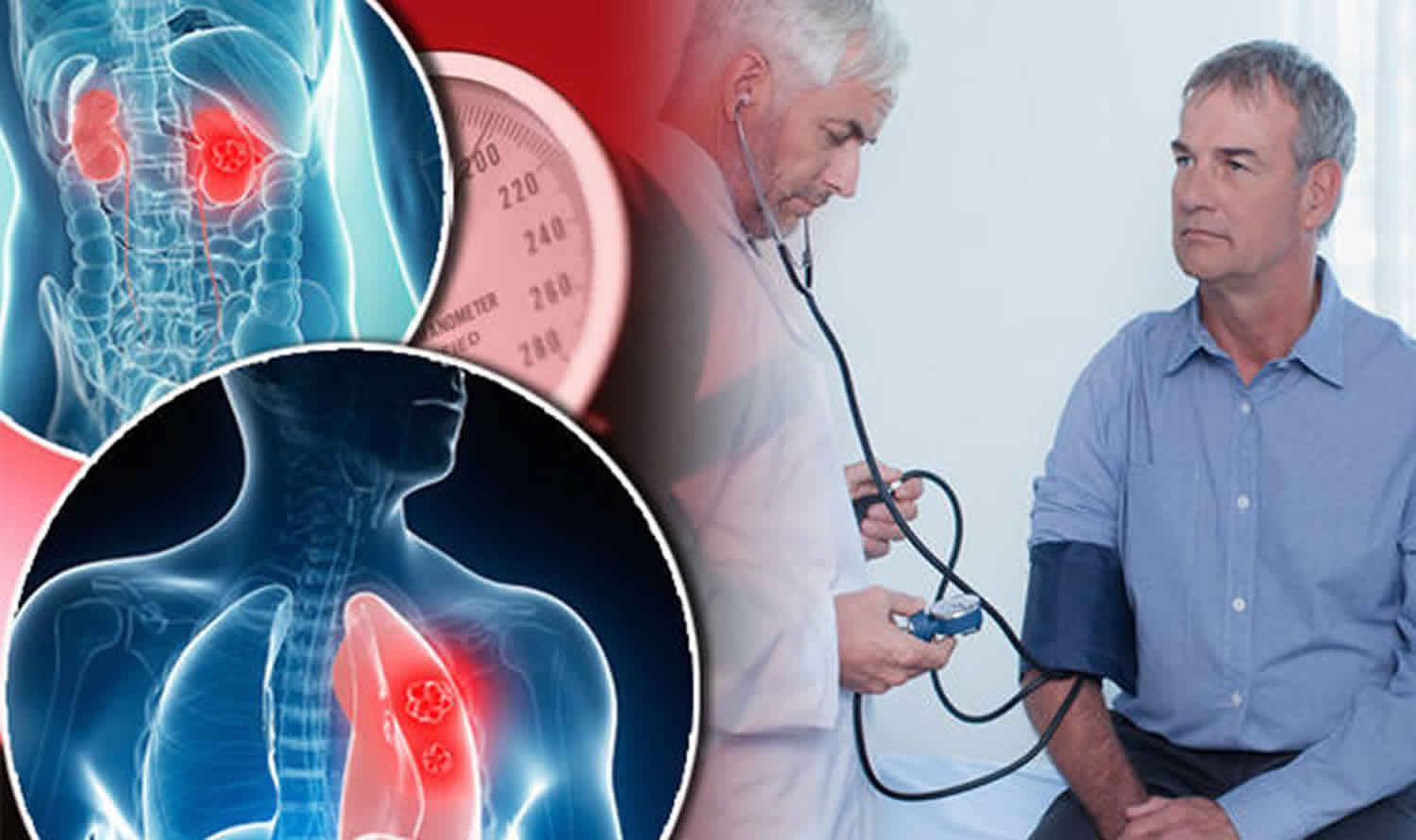 What is Goodpasture syndrome

The exact cause of Goodpasture syndrome is not known.

Goodpasture syndrome includes all of the following conditions:

Symptoms of Goodpasture syndrome include recurrent episodes of coughing up of blood (hemoptysis), difficulty breathing (dyspnea), fatigue, chest pain, and/or abnormally low levels of circulating red blood cells (anemia). In many cases, Goodpasture syndrome may result in an inability of the kidneys to process waste products from the blood and excrete them in the urine (acute renal failure). In some cases of Goodpasture syndrome, affected individuals have had an upper respiratory tract infection before the development of the disorder.

Goodpasture syndrome was first identified by Ernest Goodpasture who described the syndrome during the influenza pandemic of 1919 when he reported on a patient who died from bleeding in the lungs and kidney failure. Since that time approximately 600 cases have been noted in the medical literature. Diagnostic tools to confirm Goodpasture syndrome were not available at that time, so it is not known whether the patient had true Goodpasture syndrome or vasculitis. Vasculitis is an autoimmune condition—a disorder in which the body’s immune system attacks the body’s own cells and organs—that involves inflammation in the blood vessels and can cause similar lung and kidney problems.

Goodpasture syndrome is a rare autoimmune disorder that appears to affect males more frequently than females. Age of onset is usually between 20 and 30, but individuals at any age may be affected.

In the US the anti-GBM disease is an uncommon disorder; approximately 1-2% of all cases of rapidly progressive glomerulonephritis are secondary to this disorder.

The main goal Goodpasture syndrome treatment is to remove the harmful antibodies from your blood. Treatment may include:

You may be told to limit your intake of salt and fluids to control swelling. In some cases, a low-to-moderate protein diet may be recommended.

Does Goodpasture syndrome ever go away?

Usually, your body will make the antibodies for a short time, anywhere from a few weeks to two years. Once this stops, you should not have any more problems with your lungs. However, your kidneys may have been slightly or heavily damaged. The five year survival rate is 80%. Fewer than 30% of people require long term dialysis.

The causes of Goodpasture syndrome are not fully understood. People who smoke or use hair dyes appear to be at increased risk for this condition. Exposure to hydrocarbon fumes, metallic dust, and certain drugs, such as cocaine, may also raise a person’s risk. Genetics may also play a part, as a small number of cases have been reported in more than one family member.

People with Goodpasture syndrome develop substances that attack a protein called collagen in the tiny air sacs in the lungs and the filtering units (glomeruli) of the kidneys.

Sometimes, Goodpasture syndrome is triggered by a viral respiratory infection or by breathing in hydrocarbon solvents. In such cases, the immune system may attack organs or tissues because it mistakes them for these viruses or foreign chemicals.

The immune system’s faulty response causes bleeding in the air sacs of the lungs and inflammation in the kidney’s filtering units.

In some cases, individuals with Goodpasture syndrome may have an association with human leukocyte antigens (HLAs). HLAs are proteins that play an important role in the body’s immune system; they influence the outcome of transplantation and appear to affect an individual’s predisposition to certain diseases. However, the implications of such findings are not fully understood.

Goodpasture syndrome has been reported in more than one family member (e.g., siblings) in a few cases, supporting the possibility of genetic susceptibility as a factor in some cases. A person who is genetically predisposed to a disorder carries a gene (or genes) for the disease, but it may not be expressed unless it is triggered or “activated” under certain circumstances, such as due to particular environmental factors (multifactorial inheritance).

Never sniff glue or siphon gasoline with your mouth, which exposes the lungs to hydrocarbon solvents and can cause Goodpasture syndrome.

Goodpasture syndrome symptoms may occur very slowly over months or even years, but they often develop very quickly over days to weeks. Goodpasture syndrome early symptoms may initially include loss of appetite, fatigue, nausea, vomiting, and weakness. The lungs are usually affected before or at the same time as the kidneys, and symptoms can include shortness of breath and coughing, sometimes with blood. The progression from initial symptoms to the lungs being affected may be very rapid. Symptoms that occur when the kidneys are affected include blood in the urine or foamy urine, swelling in the legs, and high blood pressure.

Lung symptoms may include:

Pulmonary hemorrhaging may lead to episodes where affected individuals cough up blood (hemoptysis). The severity of this finding may range from a few flecks to excessive amounts of blood. Affected individuals may also exhibit difficult breathing (dyspnea), fatigue, chest pain, a dry rasping sound from the throat (rhoncus), and/or frequent coughing. In rare cases, affected individuals may exhibit abnormal accumulation of fluid (edema) in the tissue of the lungs. Pulmonary abnormalities are usually noted before or simultaneous to kidney (renal) abnormalities in approximately 70 percent of the cases.

Prompt diagnosis of pulmonary hemorrhage is vital because it is the principal cause of early death in patients with Goodpasture syndrome.

Kidney and other symptoms include:

Inflammation of the filtering structures (glomeruli) of the kidneys (glomerulonephritis) may lead to an inability of the kidneys to process waste products from the blood and excrete them in the urine (acute renal failure). Renal failure usually leads to a decrease in the amount of urine the body produces. Additional symptoms associated with renal failure may include abnormally pale skin (pallor), drowsiness, nausea, and/or vomiting. Severe complications of renal failure include bleeding into the stomach and/or a decrease in the amount of circulating red blood cells (anemia).

In rare cases, affected individuals may exhibit high blood pressure (hypertension) and/or pain and swelling of the joints (arthritis). In some cases, symptoms of Goodpasture syndrome may recur after treatment.

Untreated, this condition can lead to any of the following:

Goodpasture’s Syndrome may cause life-threatening bleeding in the lungs, but does not usually cause long-term damage in that area. The harm done to your kidneys, however, can result in kidney failure. You may need either dialysis or a kidney transplant. If your kidney function is affected, you may:

A physical examination may reveal signs of high blood pressure and fluid overload. Your health care provider may hear abnormal heart and lung sounds when listening to the chest with a stethoscope.

Urinalysis results are often abnormal, and show blood and protein in the urine. Abnormal red blood cells may be seen.

Your health care provider may order the following tests to diagnose Goodpasture syndrome:

Goodpasture syndrome is usually treated with:

Plasmapheresis is usually continued for several weeks, and immunosuppressive medications may be given for 6 to 12 months, depending on the response to therapy. In most cases, bleeding in the lungs stops and no permanent lung damage occurs. Damage to the kidneys, however, may be long lasting. If the kidneys fail, blood-filtering treatments called dialysis or kidney transplantation may become necessary.

After hospital discharge, patients require long-term regular visits for monitoring kidney function and for immunosuppressive therapy. If kidney function does not return, dialysis is continued indefinitely and the patient should be referred for kidney transplantation.

Not smoking and avoidance of secondary smoke is also very important. Other measures that may help to keep you healthy are exercise and stress reduction.

Also, if you’re exposed to hydrocarbon in your occupation, you should consider changing jobs, as exposure to hydrocarbon has been shown to increase a person’s chances of Goodpasture syndrome recurrence 1).

Eating, diet, and nutrition have not been shown to play a role in causing or preventing Goodpasture syndrome. However, sometimes you will be asked to make changes to your diet due to high blood pressure or lower kidney function. For example, you may need to control you intake of salt, fluids and protein. Your physician, dietitian or another member of your health care team can help you understand these changes.

An early diagnosis is very important. The outlook is much worse if the kidneys are already severely damaged when treatment begins. Lung damage can range from mild to severe.

Many people with Goodpasture syndrome will need dialysis or a kidney transplant.

In the past, Goodpasture syndrome was usually fatal. Aggressive therapy with plasmapheresis, corticosteroids, and immunosuppressive agents has dramatically improved survival rate 2). With this approach, the 5-year survival rate exceeds 80% and fewer than 30% of patients require long-term dialysis. In a study 3) of patients patients admitted to intensive care units for acute manifestation of small-vessel vasculitis, including anti-GBM disease, delayed administration of cyclophosphamide was associated with a higher mortality rate.

Patients presenting with serum creatinine levels greater than 4 mg/dL, oliguria, and more than 50% crescents on renal biopsy rarely recover. They usually progress to end-stage renal failure that requires long-term dialysis. In a retrospective analysis 4) of patients with anti-GBM disease who started renal replacement therapy for end-stage renal disease (ESRD) in Australia and New Zealand (ANZDATA Registry), the median survival rate was 5.93 years with death predicted by older age and history of pulmonary hemorrhage.