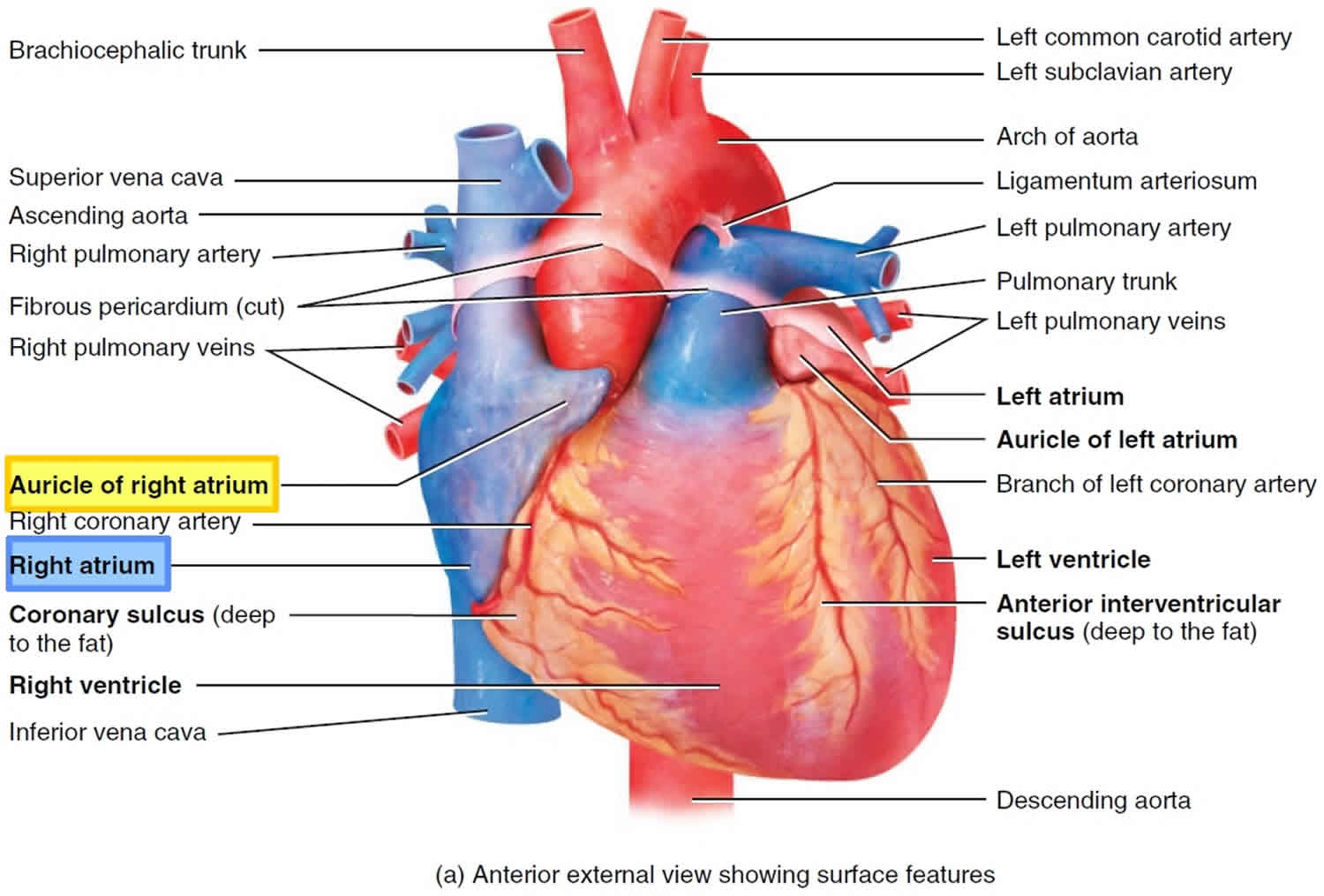 Numerous small openings-the openings of the smallest cardiac veins (the foramina of the venae cordis minimae)-are scattered along the walls of the right atrium. These are small veins that drain the myocardium directly into the right atrium.

Externally the right atrium is a small flap shaped like a dog’s ear (auricle = little ear) called the right auricle, projects anteriorly from the superior corner of the atrium (Figure 1). 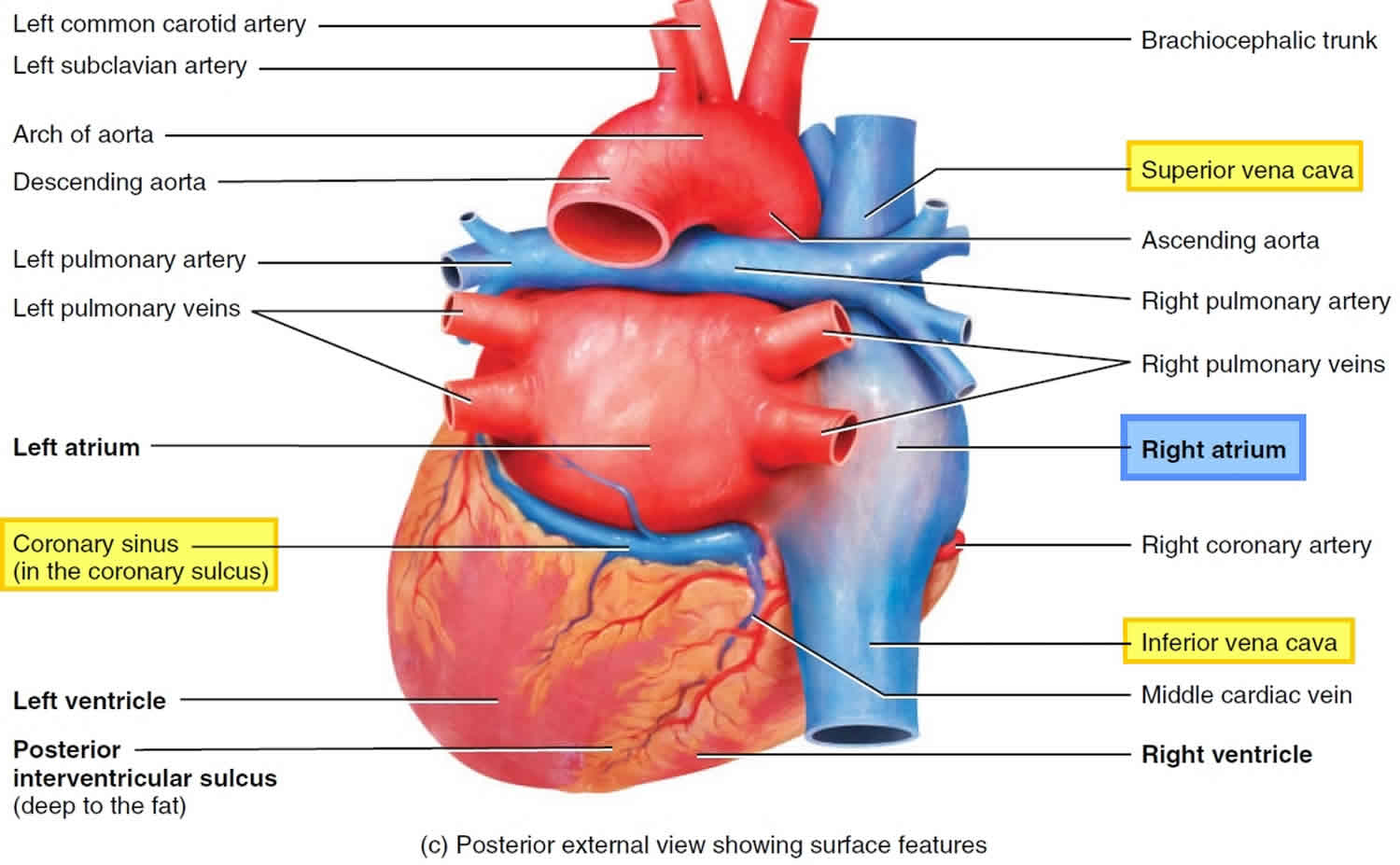 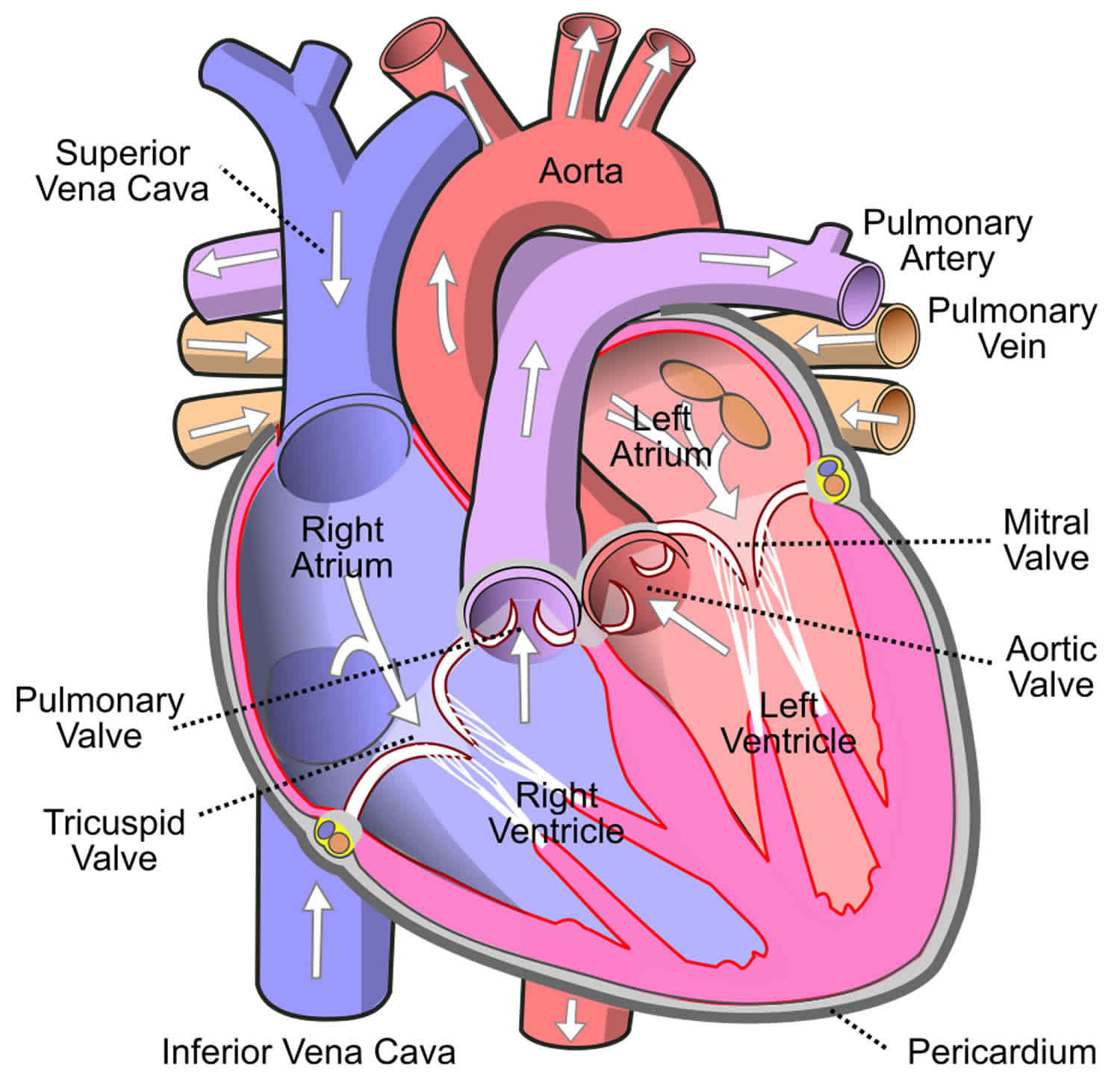 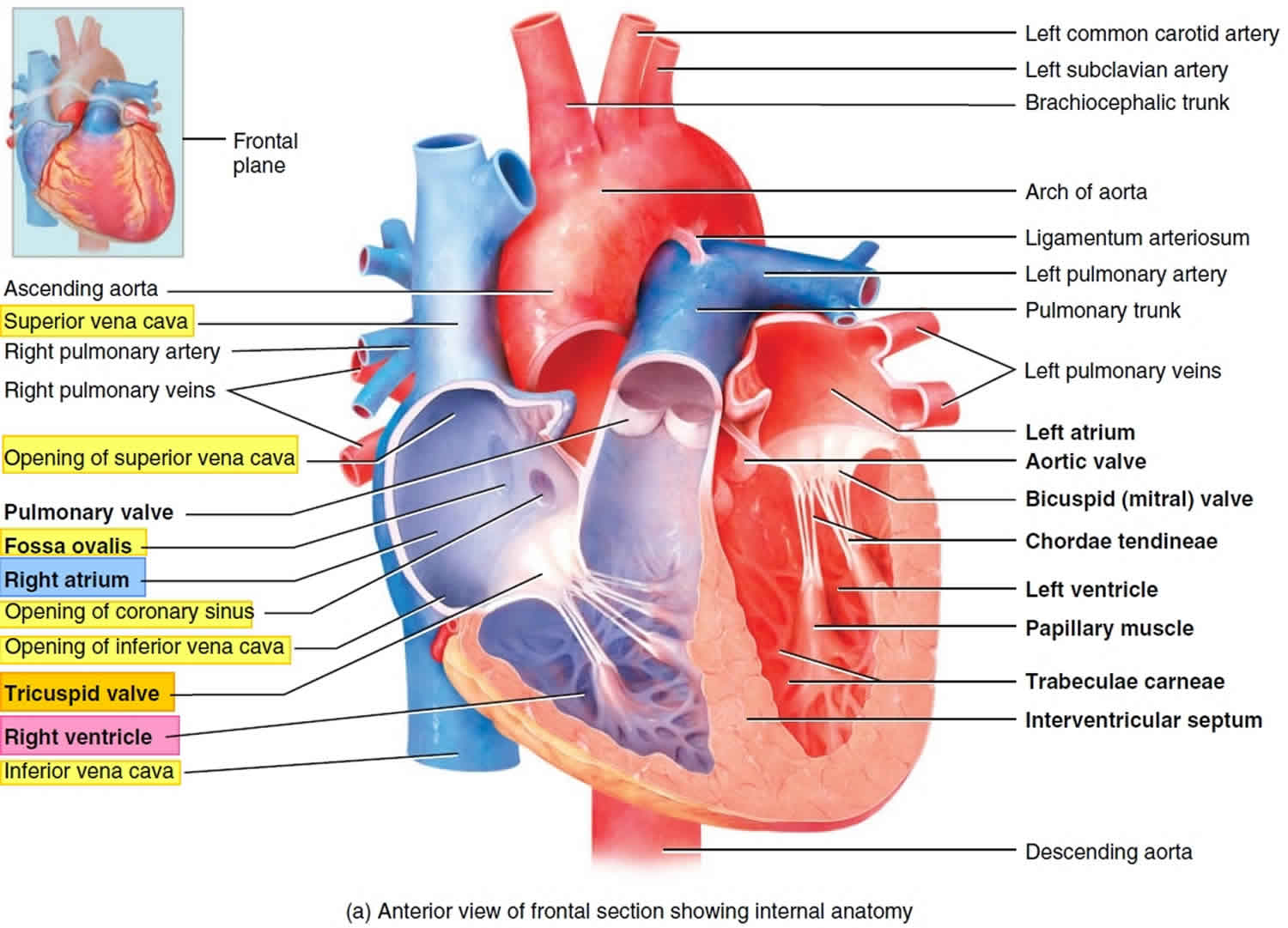 What is the function of the right atrium?

The heart provides the body’s organs and tissues with a constant supply of blood – and with it vital oxygen and nutrients. You can think of the heart as a central pump that keeps the blood circulating around the body. Your heart is about the same size as your fist and weighs around 300 g (about 0.7 pounds). In people who do endurance sports, it can weigh up to 500 g (about 1.1 pounds). The heart is located more or less in the middle of the chest, slightly to the left, behind the breastbone (sternum). You can normally feel someone’s heart beat if you put your hand on their chest.

Your heart’s pumping action is controlled by tiny electrical impulses produced by a part of the right atrium called the sinus node. The sinus node is sometimes called your heart’s ‘natural pacemaker’. The sinus node which is the main pacemaker of the heart is situated at the junction of the superior vena cava and the right atrium. These impulses make the atria (right and left atrium) contract and push blood into the ventricles. The impulses travel to the ventricles through the AV node (atrio-ventricular node). This acts like a junction box and is sometimes called the AV junction. When the impulse reaches the ventricles, the ventricles both contract, pushing the blood out of your heart to your lungs, your brain, and the rest of your body. In a normal heart rhythm, each impulse from the sinus node makes the atria and the ventricles contract regularly. 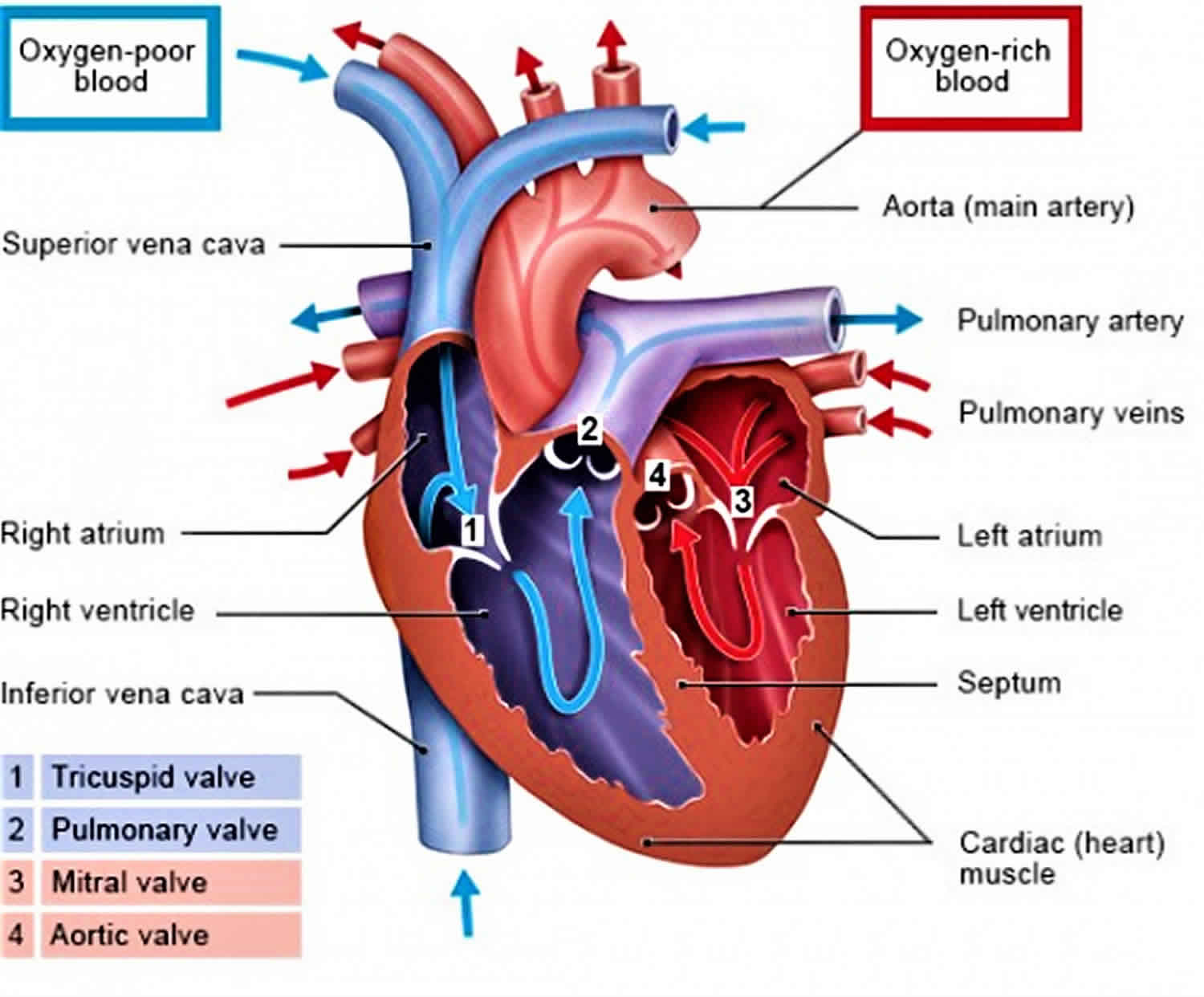