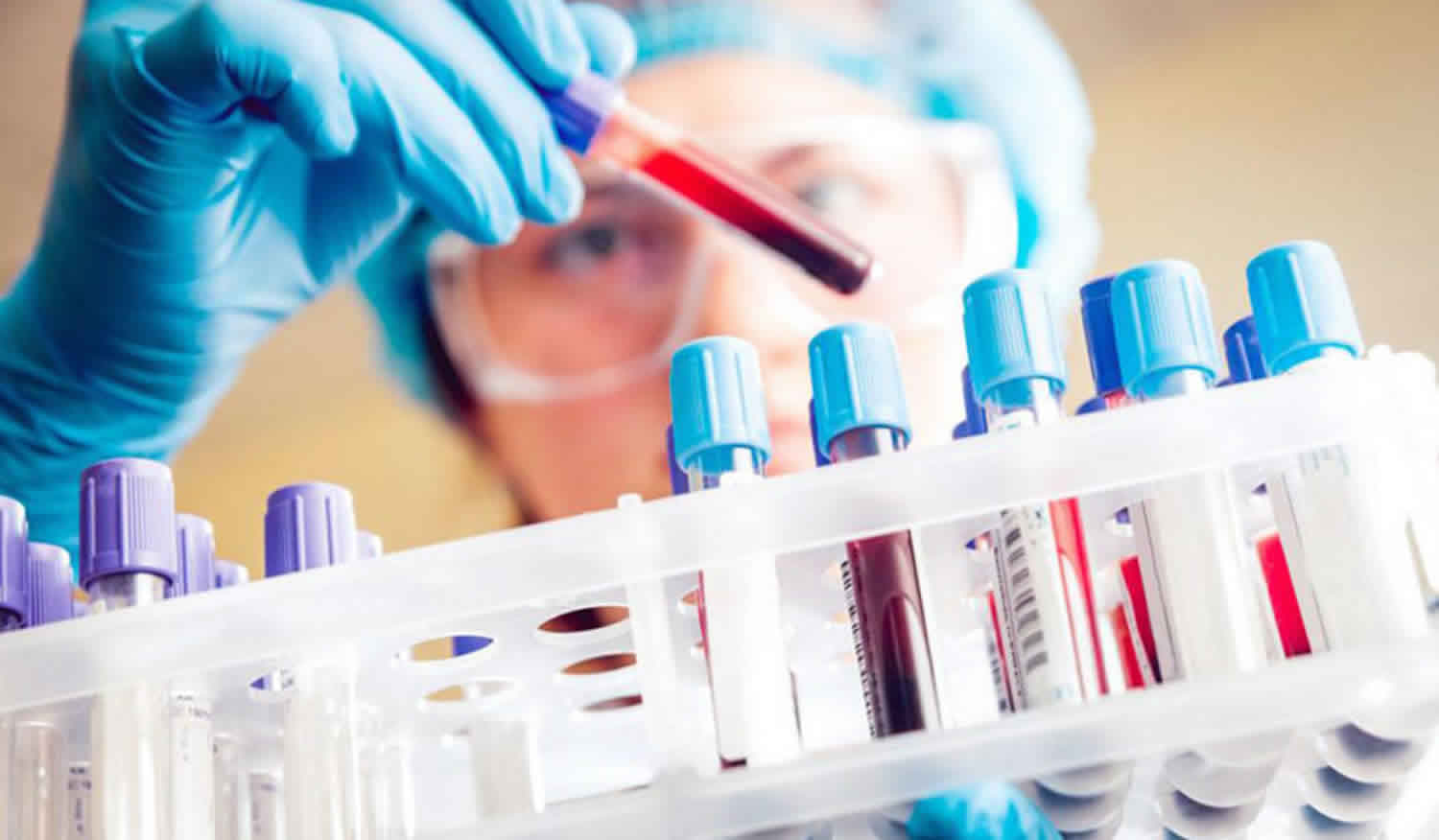 What is T-cell count

T cell count is also called T lymphocyte or CD4 T lymphocytes or CD4 cells (T-helper cells) count. T cell (CD4 cell) count measures the number of these cells in the blood and, in conjunction with an HIV viral load test, help assess the status of the immune system in a person who has been diagnosed with human immunodeficiency virus (HIV) infection. In people with HIV, the T cell count or CD4 count is the most important laboratory indicator of immune function and the strongest predictor of HIV progression. The T cell count (CD4 count) is also used to monitor a person’s response to antiretroviral therapy (ART).

CD4 cells are so called because they have markers on their surfaces called clusters of differentiation (CD). The CD number identifies the specific type of cell.

CD4 cells are sometimes called T-helper cells. They help to identify, attack, and destroy specific bacteria, fungi, and viruses that cause infections. CD4 cells are a major target for HIV, which binds to the surface of CD4 cells, enters them, and either replicates immediately, killing the cells in the process, or remains in a resting state, replicating later.

If HIV goes untreated, the virus gets into the cells and replicates, the viral load increases, and the number of CD4 cells in the blood gradually declines. The T cell (CD4 cell) count decreases as the disease progresses. If still untreated, this process may continue for several years until the number of CD4 cells drops to a low enough level that symptoms associated with AIDS begin to appear.

Treatment for HIV infection, called antiretroviral treatment (ART or ARV) or sometimes highly active antiretroviral therapy (HAART), typically involves taking a combination of drugs. This treatment reduces the amount of HIV (viral load) present in the body and reduces the risk of disease progression. When this occurs, the CD4 count will increase and/or stabilize.

CD8 cells are another type of lymphocyte. They are sometimes called T-suppressor cells or cytotoxic T cells. CD8 cells identify and kill cells that have been infected with viruses or that have been affected by cancer. They play an important role in the immune response to HIV infection by killing cells infected with the virus and by producing substances that block HIV replication.

CD4 and CD8 tests may be used occasionally in other conditions, such as lymphomas, organ transplantation and DiGeorge syndrome. CD8 cells are another type of lymphocyte that identify and kill cells that have been infected with viruses or that have been affected by cancer.

Use of CD4 Count for Initial Assessment

The CD4 count is one of the most important factors in determining the urgency of antiretroviral treatment (ART) initiation and the need for prophylaxis for opportunistic infections. All patients at entry into care should have a baseline CD4 count.

Use of CD4 Count for Monitoring Therapeutic Response

An adequate CD4 response for most patients on therapy is defined as an increase in CD4 count in the range of 50 to 150 cells/mm³ per year, generally with an accelerated response in the first 3 months of treatment. Subsequent increases in patients with good virologic control average approximately 50 to 100 cells/mm³ per year until a steady state level is reached 1). Patients who initiate therapy with a low CD4 count 2) or at an older age 3) may have a blunted increase in their counts despite virologic suppression.

ART now is recommended for all HIV-infected patients. In untreated patients, CD4 counts should be monitored every 3 to 6 months to determine the urgency of ART initiation. In patients on ART, the CD4 count is used to assess the immunologic response to ART and the need for initiation or discontinuation of prophylaxis for opportunistic infections.

The CD4 count response to ART varies widely, but a poor CD4 response is rarely an indication for modifying a virologically suppressive antiretroviral (ARV) regimen. In patients with consistently suppressed viral loads who have already experienced ART-related immune reconstitution, the CD4 cell count provides limited information, and frequent testing may cause unnecessary anxiety in patients with clinically inconsequential fluctuations. Thus, for the patient on a suppressive regimen whose CD4 cell count has increased well above the threshold for opportunistic infection risk, the CD4 count can be measured less frequently than the viral load. In such patients, CD4 count may be monitored every 6 to 12 months, unless there are changes in the patient’s clinical status, such as new HIV-associated clinical symptoms or initiation of treatment with interferon, corticosteroids, or anti-neoplastic agents

The absolute CD4 count is a calculated value based on the total white blood cell (WBC) count and the percentages of total and CD4+ T lymphocytes. This absolute number may fluctuate in individuals or may be influenced by factors that may affect the total WBC count and lymphocyte percentages, such as use of bone marrow-suppressive medications or the presence of acute infections. Splenectomy 4) or co-infection with human T-lymphotropic virus type I (HTLV-1) 5) may cause misleadingly elevated absolute CD4 counts. Alpha-interferon, on the other hand, may reduce the absolute CD4 count without changing the CD4 percentage 6). In all these cases, CD4 percentage remains stable and may be a more appropriate parameter to assess the patient’s immune function.

When is T-cell count ordered?

A CD4 count is usually ordered along with an HIV viral load when a person is first diagnosed with HIV infection as part of a baseline measurement. After the baseline, a CD4 count will usually be ordered at intervals over time, depending on a few different factors.

The following table summarizes recommendations for the timing of CD4 counts and viral load testing:

What is a normal T-cell count?

Sometimes results are expressed as a percent of total lymphocytes (CD4 percent).

In general, a normal CD4 count means that the person’s immune system is not yet affected by HIV infection. A low CD4 count indicates that the person’s immune system has been affected by HIV and/or the disease is progressing. However, any single CD4 test result may differ from the last one even though the person’s health status has not changed. Usually, a health practitioner will take several CD4 test results into account rather than a single value and will evaluate the pattern of CD4 counts over time.

CD4 counts that rise and/or stabilize over time may indicate that the person is responding to treatment. If someone’s CD4 count declines over several months, a health practitioner may recommend starting prophylactic treatment for opportunistic infections such as Pneumocystis carinii (jiroveci) pneumonia (PCP) or candidiasis (thrush).

CD4 cells are the main target of HIV. The virus enters the cells and uses them to make copies of itself (replicate) and spread throughout the body. HIV kills CD4 cells, so if an HIV infection is not treated, the number of CD4 cells will decrease as HIV infection progresses.

It is recommended that all individuals diagnosed with HIV infection receive antiretroviral treatment (ART) as soon as possible, including pregnant women, to reduce the risk of disease progression. People typically take at least three drugs from two different classes in order to prevent or minimize virus replication and the emergence of drug-resistant strains. Combinations of three or more antiretroviral drugs are referred to as highly active antiretroviral therapy or HAART.

Since CD4 cells are usually destroyed more rapidly than other types of lymphocytes and because absolute counts can vary from day to day, it is sometimes useful to look at the number of CD4 cells compared to the total lymphocyte count. The result is expressed as a percentage, i.e., CD4 percent.

The results can tell a health practitioner how strong a person’s immune system is and can help predict the risk of complications and debilitating opportunistic infections. CD4 counts are most useful when they are compared with results obtained from earlier tests. They are used in combination with the HIV viral load test, which measures the amount of HIV in the blood, to monitor how effective ART is in suppressing the virus and determine the risk of progression of HIV disease.

Lower than normal T-cell levels may be due to:

CD4 cells are the main target of HIV. The virus enters the cells and uses them to make copies of itself (replicate) and spread throughout the body. HIV kills CD4 cells, so if an HIV infection is not treated, the number of CD4 cells will decrease as HIV infection progresses.

The CD4 count also tends to be lower in the morning and higher in the evening. Acute illnesses, such as pneumonia, influenza, or herpes simplex virus infection, can cause the CD4 count to decline temporarily. Cancer chemotherapy can dramatically lower the CD4 count.

The symptoms of HIV vary, depending on the phase of infection.

Most people infected by HIV develop a flu-like illness within a month or two after the virus enters the body. This illness, known as primary or acute HIV infection, may last for a few weeks. Possible signs and symptoms include:

These symptoms can be so mild that you might not even notice them. However, the amount of virus in your bloodstream (viral load) is quite high at this time. As a result, the infection spreads more easily during primary infection than during the next stage.

In some people, persistent swelling of lymph nodes occurs during this stage. Otherwise, there are no specific signs and symptoms. HIV remains in the body and in infected white blood cells.

This stage of HIV infection generally lasts around 10 years if you’re not receiving antiretroviral therapy. But sometimes, even with this treatment, it lasts for decades. Some people develop more severe disease much sooner.

As the virus continues to multiply and destroy your immune cells — the cells in your body that help fight off germs — you may develop mild infections or chronic signs and symptoms such as:

HIV infection weakens your immune system, making you much more likely to develop numerous infections and certain types of cancers.

Patients with HIV and a CD4 counts greater than 200 cells/mm³, but less than 500 cells/mm³ do not have AIDS but can develop chronic infections as well as noninfectious conditions. Diseases such as chronic candidiasis of the mouth or recurrent vaginal candida may occur. Patients may develop severe bouts of herpes simplex or herpes zoster (shingles). Patients are also at a higher risk for cancers that are much more difficult to treat than in healthy people. Patients with normal CD4 counts (greater than 500) tend to have a good quality of life with a lifespan within 4 years of someone without HIV Patients with a CD4 count less than 200 have AIDS and are susceptible to opportunistic infections. They usually have a lifespan of 2 years if they are started on HAART. If these patients are treated with antiretroviral agents and achieve a CD4 count greater than 500 cells/mm³, they will have a normal life expectancy.

The prognosis of a patient with HIV and a CD4 count greater than 500 cells/mm³ (normal) results in a life expectancy as someone without HIV 7).

How does HIV become AIDS?

You can have an HIV infection for years before it turns into AIDS. AIDS is diagnosed when the CD4 T cell count falls below 200 cells/mm³ or you have an AIDS-defining complication.

The Centers for Disease Control and Prevention (CDC) considers people who have an HIV infection and CD4 counts below 200 cells/mm³ to have AIDS (stage III HIV infection), regardless of whether they have any signs or symptoms.

Thanks to better antiviral treatments, most people with HIV in the U.S. today don’t develop AIDS. Untreated, HIV typically turns into AIDS in about 10 years.

The signs and symptoms of some of these infections may include:

A person with untreated AIDS has a life expectancy of about 1 to 2 years after the first opportunistic infection. Antiretroviral treatment can increase CD4 counts and change the patient’s status from AIDS to someone with HIV 8).

Higher than normal T-cell levels may be due to: