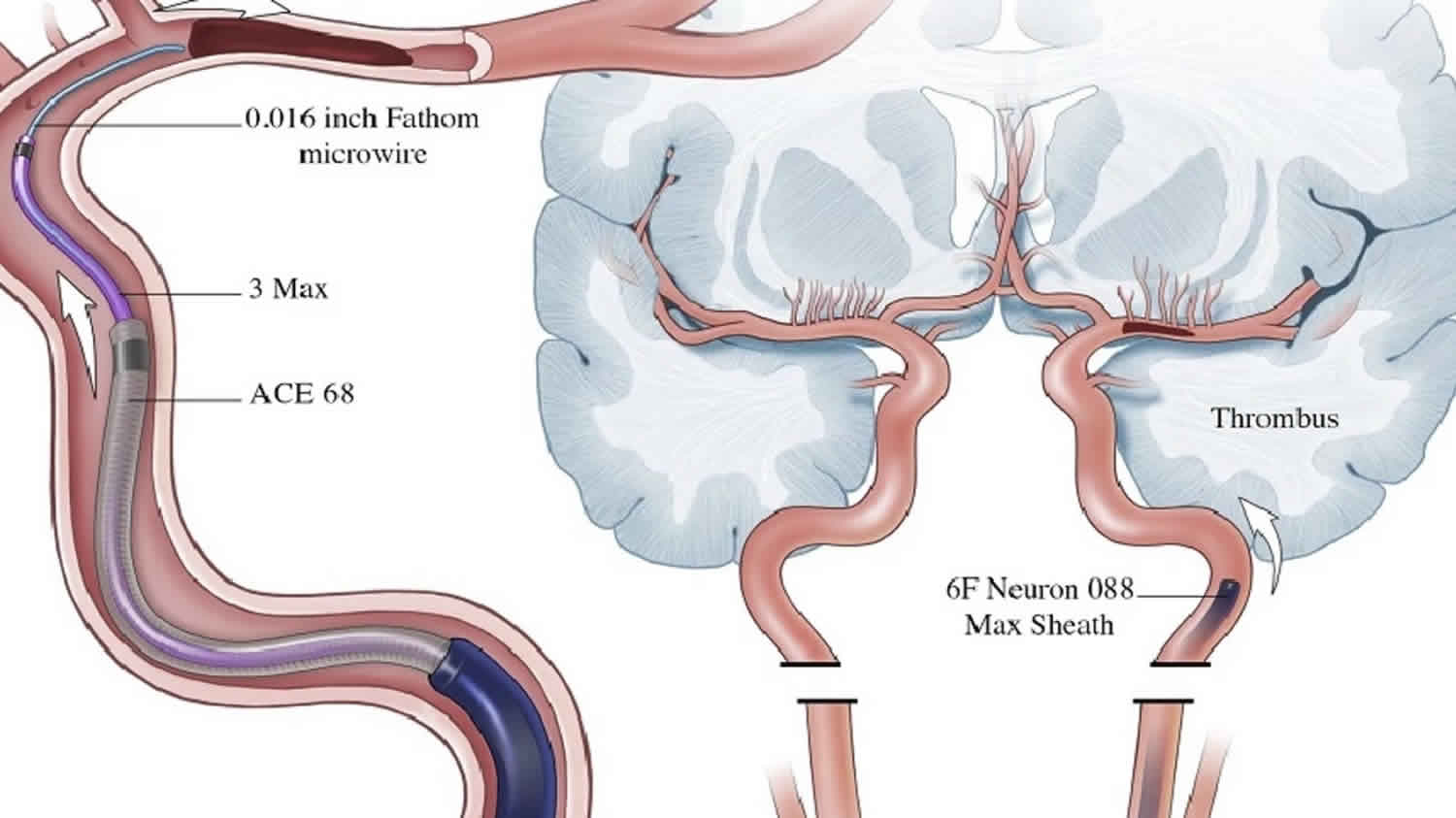 What is a thrombectomy

Thrombectomy is a procedure to remove a thrombus or a blood clot from inside a vein or an artery. Thrombectomy can be used for some people who have had a stroke. Blood clots in the brain can cause ischemic strokes. Thrombectomy can remove the clot and help blood to flow normally again. This can help limit damage to the brain.

A person who is having a stroke may also be given a clot-dissolving medicine called TPA (tissue plasminogen activator) first. Thrombectomy may be recommended after TPA, to restore blood flow.

When a blood clot moves to a blood vessel in the brain, it blocks blood flow to that area. Without blood and the oxygen it carries, that part of the brain starts to die. If blood supply isn’t restored, permanent damage usually occurs. This is called a stroke. The body parts controlled by those damaged cells can’t work, or function, as they should. This loss of function may be mild or severe. It may be short-term or lifelong.

Deep vein thrombosis (DVT) occurs in one-quarter of a million individuals annually in the United States and results in significant disability from pulmonary embolism and chronic venous insufficiency, especially when the proximal iliofemoral is involved. Treatment has centered on early institution of adequate anticoagulation to prevent thrombus propagation and embolism, but anticoagulation alone does not always restore venous patency and many patients are left with venous outflow obstruction and valvular incompetence-the anatomic underpinnings of the postthrombotic syndrome. Various strategies have been used to restore patency of thrombosed veins, including open surgical thrombectomy, pharmacological thrombolysis, and percutaneous mechanical thrombectomy. Each modality has benefits and shortcomings. Surgical thrombectomy had previously been abandoned secondary to poor long-term results. More recently, with improved techniques and better patient selection, surgical thrombectomy has regained a therapeutic role in treating acute DVT in young patients with short segment occlusions 3). The advent of percutaneous techniques has allowed thrombolysis, percutaneous mechanical thrombectomy, and stenting to be used in conjunction with each other-allowing for better resolution of venous clot burden than when an individual modality is used alone. Practitioners who treat patients with DVT should be familiar with all the options available to restore venous patency, preserve valvular function, and thereby minimize the risk of late postthrombotic complications.

Surgical venous thrombectomy is performed through a groin incision. The development of balloon thrombectomy catheters by Fogarty in the 1960s facilitated the procedure 4). An inferior caval balloon occlusion catheter is positioned via the contralateral femoral vein to prevent embolization during thrombectomy 5). Today, positive pressure ventilation or the Valsalva maneuver is the preferred method of preventing distal embolization. Ligation of the inferior vena cava can prevent embolic events 6). Creation of an arteriovenous fistula can also augment blood flow across the thrombectomized, thrombogenic luminal venous surface 7) and percutaneous strategies have been developed to close the fistula once venous re-endothelialization is complete 8).

Juhan et al reported an 84% long-term venous patency rate with surgical venous thrombectomy in 77 patients followed up for a mean of 8.5 years 9); the same group had previously reported an immediate rethrombosis rate of <10% 10). The rate of valvular insufficiency was 20% at 5 years and 44% at 10 years; 90% of patients had nonexistent or mild symptoms of venous insufficiency 11).

In 1984, Plate et al in Sweden compared conventional anticoagulation with surgical venous thrombectomy and temporary arteriovenous fistula in patients with acute iliofemoral DVT 12). After 6 months of follow-up, postthrombotic symptoms of leg edema, varicose veins, and venous claudication were more frequent in the group treated with anticoagulation alone (42% versus 7%). Venographically documented patency of the iliofemoral venous segment was >2-fold higher in the thrombectomy group than in the anticoagulant alone group (76% versus 35%). Patent femoropopliteal veins with competent valves were observed in 52% of the thrombectomy group and 26% of the anticoagulated group.

Thirteen years later, this group published 10-year follow-up data from the same cohort 13). Lower extremity edema was more frequent in the group that received anticoagulation alone (71% versus 46%), as were leg ulcerations (18% versus 8%). Radionuclide angiography verified long-term patency of the iliofemoral venous segment in 41% of the anticoagulated patients compared with 83% of the patients who underwent thrombectomy. Duplex ultrasound confirmed a slightly greater degree of venous valvular incompetence in the femoral and popliteal veins of the anticoagulated group. These clinical and anatomic findings suggest that surgical venous thrombectomy can play a role in the management of patients with acute proximal DVT.

Percutaneous mechanical retrieval of venous thrombi is a logical extension of open surgical thrombectomy, offering the potential advantage of rapid clearance of thrombus from occluded venous segments 14). In its simplest form, percutaneous venous thrombectomy can be accomplished through large bore sheaths, but this approach is cumbersome and infrequently results in complete thrombus extraction 15). The introduction of a variety of motorized thrombectomy devices represents an advance over earlier techniques. Mechanistically, these thrombectomy recirculation devices fall within 2 categories—rotational and hydrodynamic.

Rotational thrombectomy devices use a high-speed rotating basket or impeller to fragment the thrombus. In most cases, the resultant small particles travel to the pulmonary circulation 16). Examples of this type are the Amplatz thrombectomy device (Microvena), the Arrow-Trerotola percutaneous thrombolytic device (Arrow), and the Cragg-Castaneda thrombolytic brush (Microtherapeutics). Rotational, or “wall-contacting,” devices have the potential to damage the endothelial lining of the vein. In an attempt to circumvent this problem, the Bacchus Fino device (Bacchus Vascular) uses a rotating Archimedes screw that is protected from wall contact by a helically oriented nitinol framework. The screw fragments the thrombus, extracting much of it into a sheath through rotational motion. No clinical data with this device are available.

Hydrodynamic, or “rheolytic,” recirculation devices are based on the Venturi effect, created by high-speed saline jets directed retrograde. The jets fragment the thrombus and the material is then aspirated into the device. Devices based on this mechanism might possibly produce less valvular or endothelial damage than rotational thrombectomy devices, but this has not yet been evaluated in clinical trials. Examples of hydrodynamic recirculation devices include the AngioJet (Possis), the Hydrolyzer (Cordis), and the Oasis Thrombectomy System (Boston Scientific Corporation). In a study of 37 patients, Kasirajan et al. 17) reported >50% thrombus extraction in 59% of patients treated with these devices and symptomatic improvement in 82%.

Except in patients with bleeding diatheses, mechanical thrombectomy devices are usually used in conjunction with pharmacological thrombolysis 18). Combining these 2 treatment modalities offers the best opportunity for rapid clearance of thrombus, thereby decreasing the duration and dose of thrombolytic agent. The Bacchus Trellis (Bacchus Vascular) is a relatively recent device, consisting of a catheter with proximal and distal occlusion balloons and a sheath designed to aspirate contents between the balloons. A sinusoidal nitinol wire placed within the catheter is rotated to mix the blood between the balloons. The Trellis device, which combines a high concentration of thrombolytic medication with mechanical disruption of the clot, has been used with some success to rapidly remove thrombus in patients with DVT 19). The occlusive balloons limit leakage of thrombolytic agent into the systemic circulation, potentially reducing the risk of bleeding complications, whereas the central balloon is intended to reduce embolization of particulate debris to the pulmonary circulation. Although promising, experience with this type of apparatus is limited and there are few published reports documenting its usefulness in patients with acute DVT.

Mechanical thrombectomy in addition to best medical management has become the standard of care for patients with acute ischemic stroke with large vessel occlusion 20). In 2015, five pivotal trials 21), 22), 23), 24), 25) using modern endovascular devices demonstrated major benefits for patients randomized to mechanical thrombectomy plus best medical management versus best medical management alone, with numbers needed to treat of 3 and 5 to achieve any better functional outcome and functional independence, respectively 26). Major scientific advances have been made since the publication of the 2014/2015 consensus statement by the European Stroke Organisation (ESO)-Karolinska Stroke Update and the 2016 European Recommendations on Organisation of Interventional Care in Acute Stroke (EROICAS) 27), notably in the treatment of patients in late time windows (6 to 24 hours after stroke) 28).

Treatment with thrombectomy can improve recovery from a stroke, especially if it’s given as soon as possible after the stroke happens. Doctors try to use thrombectomy within 6 to 24 hours of a stroke. It can limit damage to the brain and loss of body function from a stroke by removing the blood clot. If a blood clot in the brain isn’t removed, it’s more likely to cause serious damage.

No treatment can guarantee a full recovery from a stroke. But thrombectomy can improve the chances of having less or no disability after a stroke.

How is thrombectomy for stroke done?

First, the doctor will find out the kind of stroke and where the clot is located. The doctor will do a type of X-ray called a CT scan of the brain. This scan can show if there is bleeding. (If there is bleeding, it may be another kind of stroke that is treated differently.) The doctor may order other tests to find the location of the clot or bleeding, check for the amount of damage in the brain, and check for other conditions that can cause symptoms similar to a stroke.

If the stroke is in one of the large blood vessels in the brain, the doctor may recommend thrombectomy.

The catheter is also used to remove the clot. This is done with a tiny tool that looks like a wire cage. It fits inside the catheter.

What are the risks of thrombectomy?

The risks of thrombectomy are mainly related to the procedure itself. Risks include bleeding where the catheter was put in and a tear or sudden closure of a blood vessel.

Doctors are very careful about using thrombectomy. They will make sure it is the right procedure. And after treatment, they watch closely during the recovery.

Is there another treatment choice?

When the doctor recommends thrombectomy, it’s because he or she believes that it offers the best chance of recovery from stroke. But because there are also risks, it is up to you or your loved ones to choose it or not.

Based on your condition, the doctor will explain what other choices you have for treatment. They may include other medicines that stop the clot from getting bigger. With or without thrombectomy, you will have care to help you get better. And you’ll have medicine to prevent blood clots and to control symptoms.

Having a stroke can make it hard to make quick and complex decisions. Feeling afraid or anxious can make it even harder to think clearly. The hospital staff understands this. They will explain the choices, answer questions, and help you and your loved ones decide about your treatment.

Surgical thrombectomy is the most definitive yet the most invasive treatment for central pulmonary arterial embolus. Pulmonary thrombectomy is effective treatment for the massive thrombus located in the main pulmonary trunk 31). In cases where it would be difficult to remove thrombi by medical thrombolytic therapy, doctor should consider surgical pulmonary embolectomy 32). Once pulmonary embolism progresses to chronic thromboembolic pulmonary hypertension, it will result in reduced quality of life and lead to a poor prognosis 33).

Historically, surgical intervention was reserved for patients with massive pulmonary embolism and hemodynamic instability and was accompanied by a high mortality rate (30%) 34). In 1994, Gulba et al 35) compared systemic thrombolysis and surgical embolectomy. Lytic therapy was successful in 73% of patients whereas surgical treatment was successful in 85% of patients. Mortality rates were 33% for medical treatment and 23% for surgery, respectively. This study 36) has been criticized for a bias toward treating more severely ill patients with thrombolytics than with surgical embolectomy.

More recently, Aklog et al 37) and Yalamanchili et al 38) have demonstrated that open pulmonary embolectomy can be performed in patients with minimal mortality and morbidity. These studies reported 89% and 92% survival rates, respectively, with early surgical intervention. Both groups attributed high survival rates to patient selection and early diagnosis. They concluded that open pulmonary embolectomy has a role in the treatment of pulmonary embolism and should not be reserved for the hemodynamically unstable patient or after thrombolysis has failed. 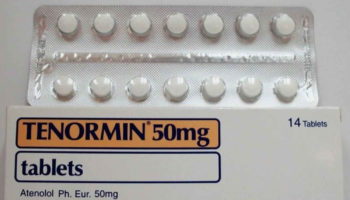