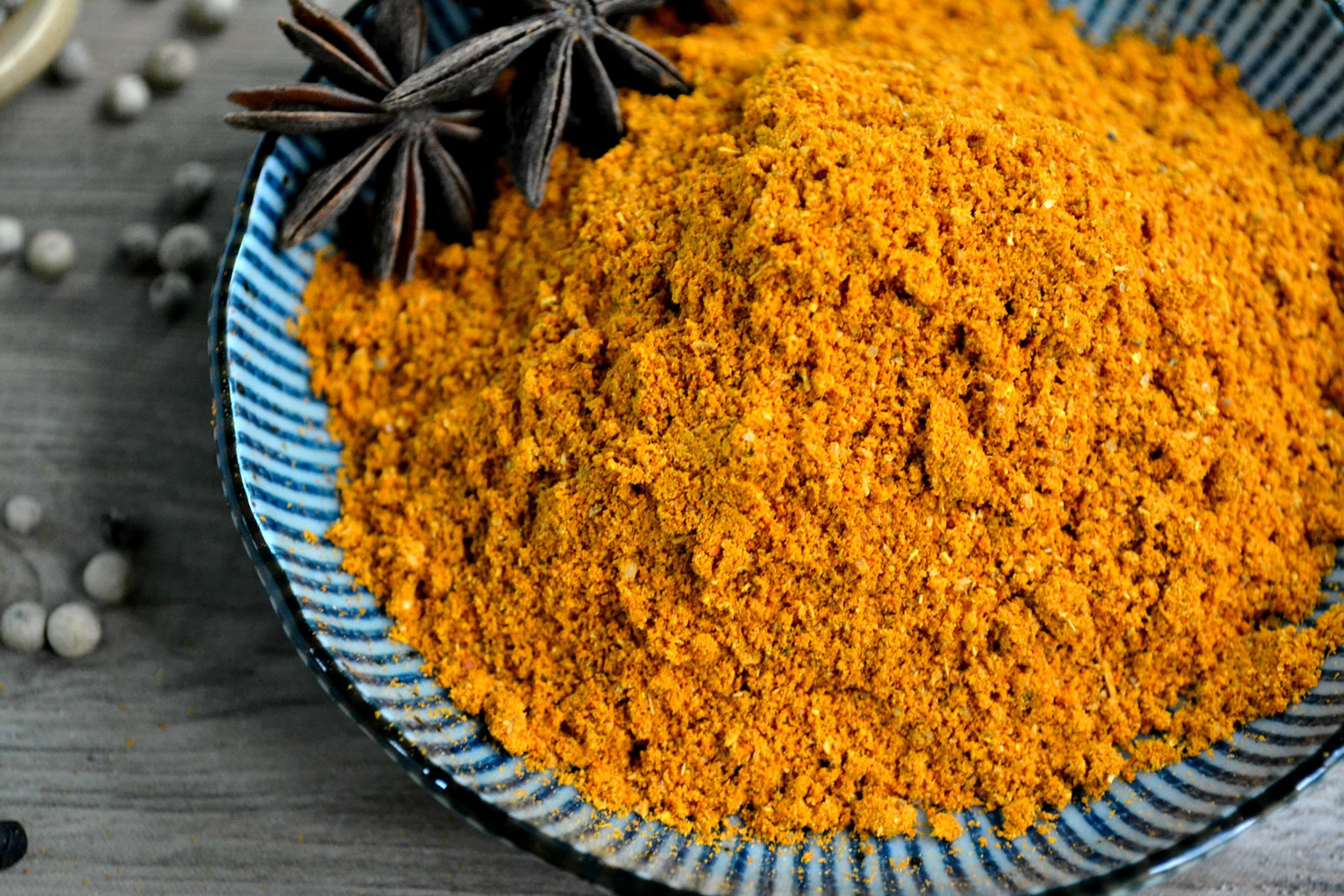 What is curry powder

Curry powder is a spice mix of (most curry powder recipes include) curry leaves, coriander, turmeric, cumin, fenugreek, and chili peppers in their blends. Depending on the recipe, additional ingredients such as ginger, garlic, asafoetida, fennel seed, caraway, cinnamon, clove, mustard seed, green cardamom, black cardamom, nutmeg, white turmeric, curry leaf, long pepper, and black pepper may also be included 1). There is little agreement about what actually constitutes a curry. Curry powders and curry pastes produced and consumed in India are extremely diverse; some red, some yellow, some brown; some with five spices and some with as many as 20 or more. Besides the previously mentioned spices, other commonly found spices in different curry powders in India are allspice, white pepper, ground mustard, ground ginger, cinnamon, roasted cumin, cloves, nutmeg, mace, green cardamom seeds or black cardamom pods, bay leaves and coriander seeds.

The term curry likely derives from kari, the word for “sauce” in Tamil, a South-Indian language. Perplexed by that region’s wide variety of savory dishes, 17th-century British traders lumped them all under the term curry. But the original curry predates Europeans’ presence in India by about 4,000 years. Villagers living at the height of the Indus civilization used three key curry ingredients—ginger, garlic, and turmeric—in their cooking. This proto-curry, in fact, was eaten long before Arab, Chinese, Indian, and European traders plied the oceans in the past thousand years.

Curry leaves (Murraya koenigii) [see Figure 2], popularly known in India as kariveppilai, karivepaaku or kari patta. Curry leaves were originally cultivated in India for its aromatic leaves and for ornament is normally used for natural flavoring in curries and sauces. Originated in Tarai regions of Uttar Pradesh, India. It is now widely found in all parts of India and it adorns every house yard of southern India and also it is now cultivated and distributes throughout the world. The curry leaves plant is used in Indian system of medicine to treat various ailments 2). Parts of the plant have been used as raw material for the traditional medicine formulation in India. This plant is known to be the richest source of carbazole alkaloids. It has been reported by authors that carbazole alkaloids present in curry leaves and display various biological activities such as anti-tumor, anti-oxidative, anti-mutagenic and anti-inflammatory activities 3). Curry leaves and roots can be used to cure piles and allay heat of the body, thirst, inflammation and itching 4).

Curry leaves have been reported to be effective in many diseased conditions 11), 12). Curry leaves may be medicinally useful for the treatment or prevention of diabetes, cancer and cardiovascular disease. Ingestion of curry leaves improved the plasma lipid profile in the rat feeding model 13). Curry leaves have also been promoted to treat both hypocholesterolemic effects and improved glycaemic status in obese mouse model 14). There are reports suggesting that the curry leaves possess anti-oxidative and anti-lipid per-oxidative actions 15). Thus, the leaves of the curry plant have the potential to provide protection against oxidative stress. 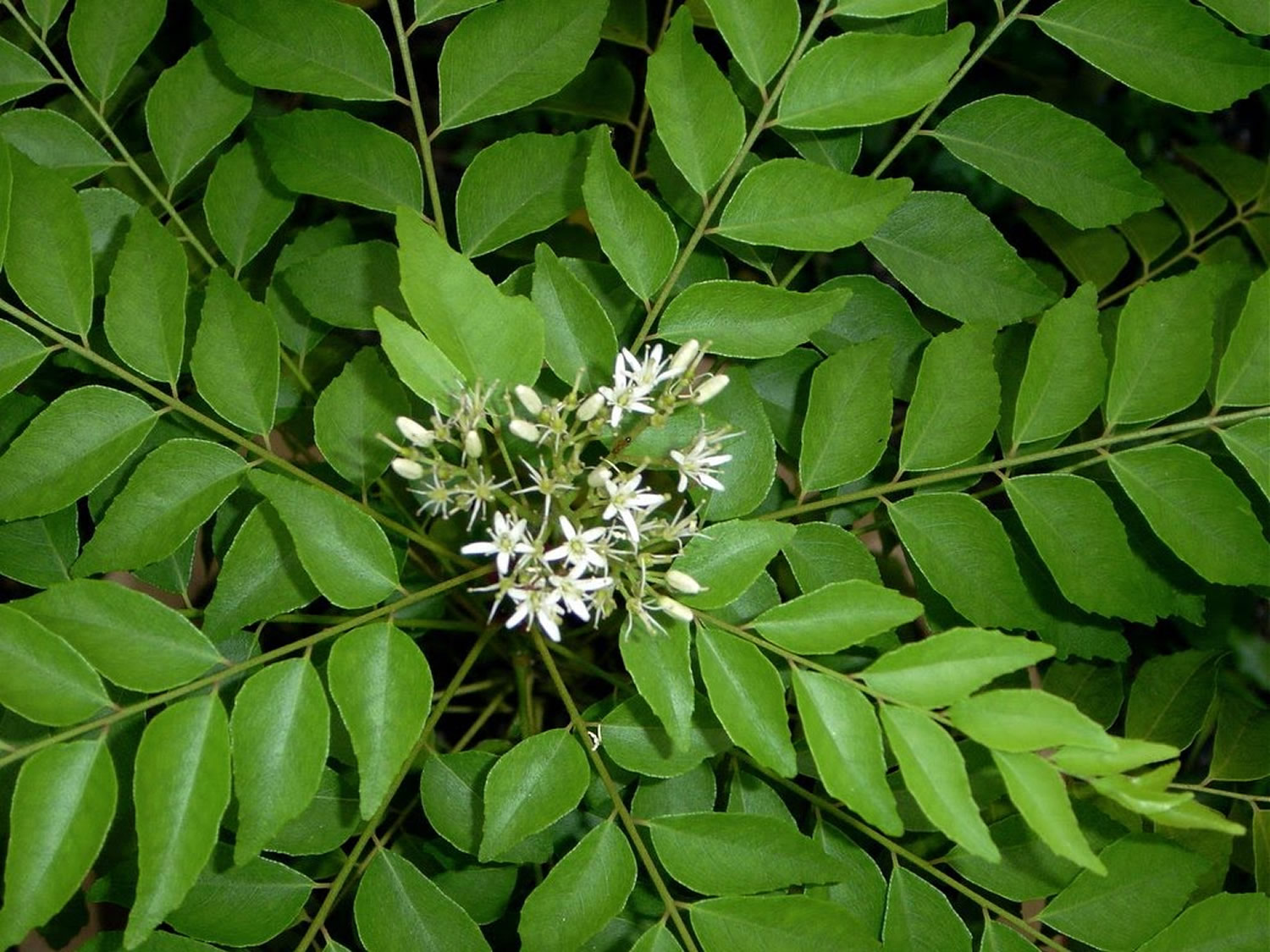 Table 2. Chemical composition (%) of the essential oil of curry leaves from south region of Tamilnadu, India

*Identification of volatile components is based on mass spectra value in reference to NIST 08 and standard libraries. Composition of grouped volatile compounds (%)
[Source 17)]

The most active component of turmeric is curcumin 20). Curcumin [1,7-bis(4-hydroxy-3-methoxyphenyl)-1,6-heptadien-3,5-dione] is an orange–yellow crystalline powder – that gives a strong yellow color to the spice turmeric, is practically insoluble in water.

Turmeric is the powdered rhizome of Curcuma longa, a member of the ginger family and has been commonly used for flavor and color in food preparation in South Asia 21). In addition, it has been traditionally used as an herbal medicine to treat inflammatory and other disease conditions 22).

Turmeric is an ingredient of spice blends, mainly curry powder, which generally consists of turmeric, clove, paprika, ginger, cardamom, coriander, cumin, mace, pepper and cinnamon. Turmeric is commonly used as natural pigment (yellow 3) in the cosmetic and textile production but it is widely used in food industry. Indeed, turmeric is classified as an additive in E100 category and is used as food color additive in mustard, pastries, daily products and canned fish 23). Furthermore, according to the Joint FAO/WHO Expert Committee on Food Additives 24) the admissible daily intake is 0–3 mg/kg body weight and it was established at the 61st JECFA in 2003.

Curcumin’s use for various disease indications is primarily due to its active biological functions, i.e., anti-inflammatory, anti-oxidant, anti-microbial, anti-Alzheimer, anti-tumor, anti-diabetic, and anti-rheumatic activities 25). In addition, curcumin has been proven as a hypoglycemic, hepato-, nephron-, cardio-, and neuro-protective molecule 26). More importantly, this molecule also suppresses thrombosis and protects against myocardial infarction. It is, by far, the most prominent polyphenol, widely consumed on a daily basis along with food (in India, Eastern Asia, and some African countries), which leads to better compliance. Curcumin usage began in ancient days; however, in 1949, the first scientific evidence of its anti-bacterial activity at very low concentrations was reported in the journal “Nature” and extensive research began only after 1994.

The biological activities of curcumin have been studied extensively 27). Curcumin is considered “generally recognized as safe (GRAS)” by the US Food Drug Administration 28), 29). Curcuma contains 60–70% carbohydrate, 8.6% protein, 5–10% fat, 2–7% fiber, 3–5% curcuminoids (50–70% curcumin) and up to 5% essential oils and resins 30). The curcuminoid content in turmeric may vary between 2 and 9%, depending on geographical conditions 31). The composition of curcuminoids is approximately 70% curcumin (curcumin I), 17% demethoxycurcumin (curcumin II), 3% bis-demethoxycurcumin (curcumin III) and the rest (10%) is called cyclocurcumin (curcumin IV) 32) (Figure 3). However, the last compound has been associated with poor or non-biological activity 33). The structure of curcumin (Figure 3) was first described in 1910 by Lampe and Milobedeska and proved to be diferuloylmethane 34). Studies indicate that functional groups associated to curcumin chemical structure including bis-α, β−unsaturated β-diketone, two methoxy groups, two phenolic hydroxy groups and two double-conjugated bonds might play an essential role in antiproliferative and anti-inflammatory activities assigned to curcumin 35). Curcumin has keto-enol tautomers, of which keto form predominates in acid and neutral solutions and enol form in alkaline solutions.

Figure 3. Chemical structures and abundance of curcuminoids in turmeric that have therapeutic effects 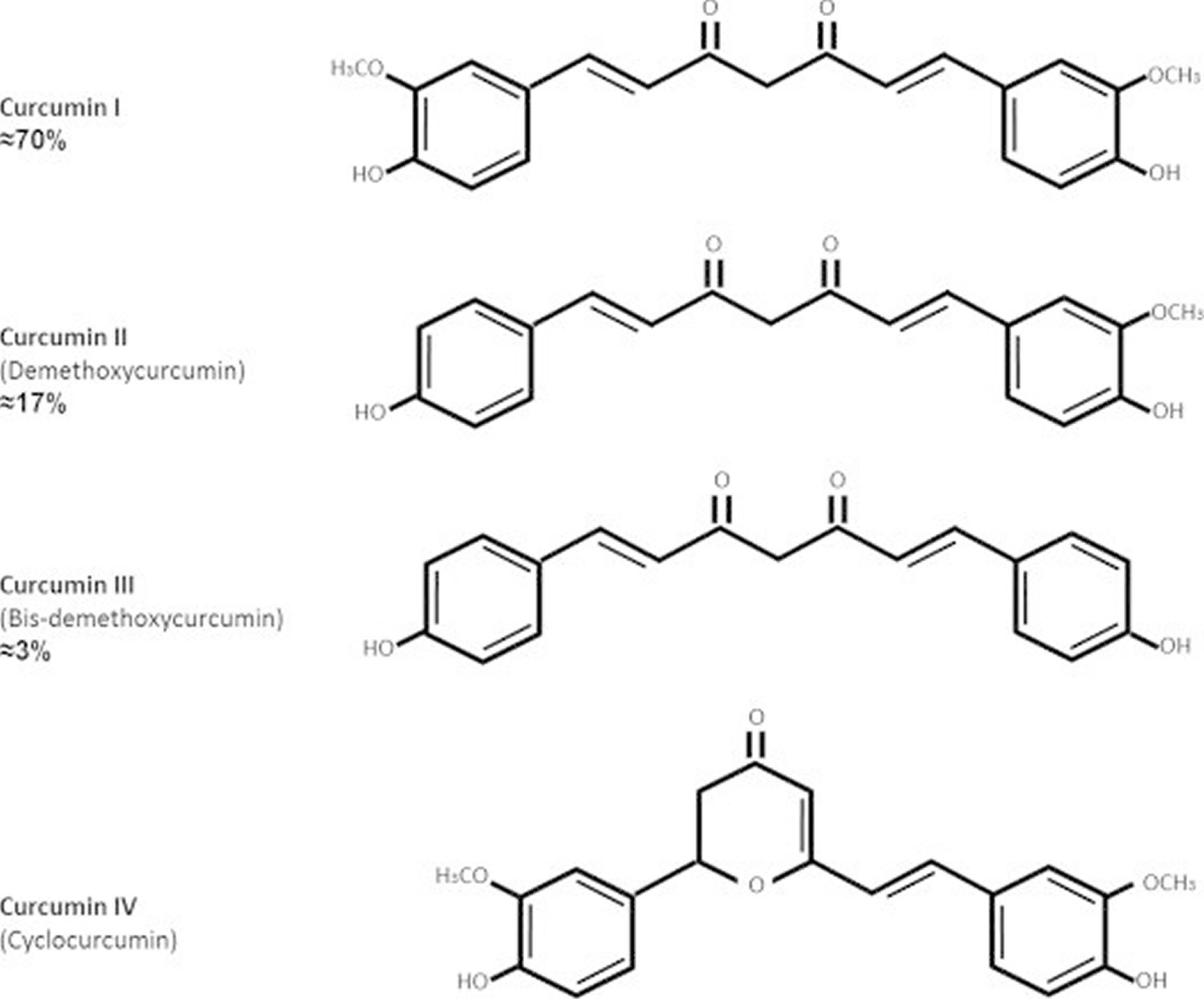 Curcuminoids have been consumed as therapeutic infusions over the centuries worldwide. In Ayurvedic medicine, curcumin is a well-documented treatment for various respiratory conditions such as, asthma, bronchial hyperactivity and allergy, as well as for liver disorders, anorexia, rheumatism, diabetic wounds, runny nose, cough and sinusitis 36). In traditional Chinese medicine curcumin has been used to treat diseases associated with abdominal pain 37). In ancient Hindu medicine, it was used to treat sprains and swelling 38). In Oriental cultures, it has traditionally been used as good therapeutic alternative, particularly as an anti-inflammatory, antioxidant, anticarcinogenic and antimicrobial reagent. In fact, it has been scientifically proven that curcumin is indeed antioxidant 39), anti-inflammatory 40) and antibacterial 41). Moreover, it has also been used because of its hepatoprotective 42), thrombosuppressive, neuroprotective 43), cardioprotective 44), antineoplasic 45), antiproliferative 46), hypoglycemic and antiarthritic effect 47). Curcumin has also been used for the treatment of intestinal parasites and as a remedy for poisoning, snakebites and various other complaints 48).

Several in vitro investigations demonstrate that curcumin inhibits cancer cells growth at concentration of 5–30 μM 51), resembling cisplatin and gem-citabine (chemotherapeutic drug) concentrations. Because of its exceptional medicinal value, a total of 68 clinical trials have been registered with clinicaltrials.gov in which the majority of them are targeting cancer.

Curcumin Toxicity and Side Effects

A study reported that hepatotoxicity was seen in mice fed with whole turmeric (0.2%, 1%, 5%) or ethanolic turmeric extract (ETE; 0.05%, 0.25%) for 14 days 58). Earlier report based on curcumin has shown that curcumin doses ranging from 0.45 to 3.6 gms/day for 1 to 4 months showed nausea and diarrhea and also caused an increase in serum alkaline phosphatase and lactate dehydrogenase contents 59).