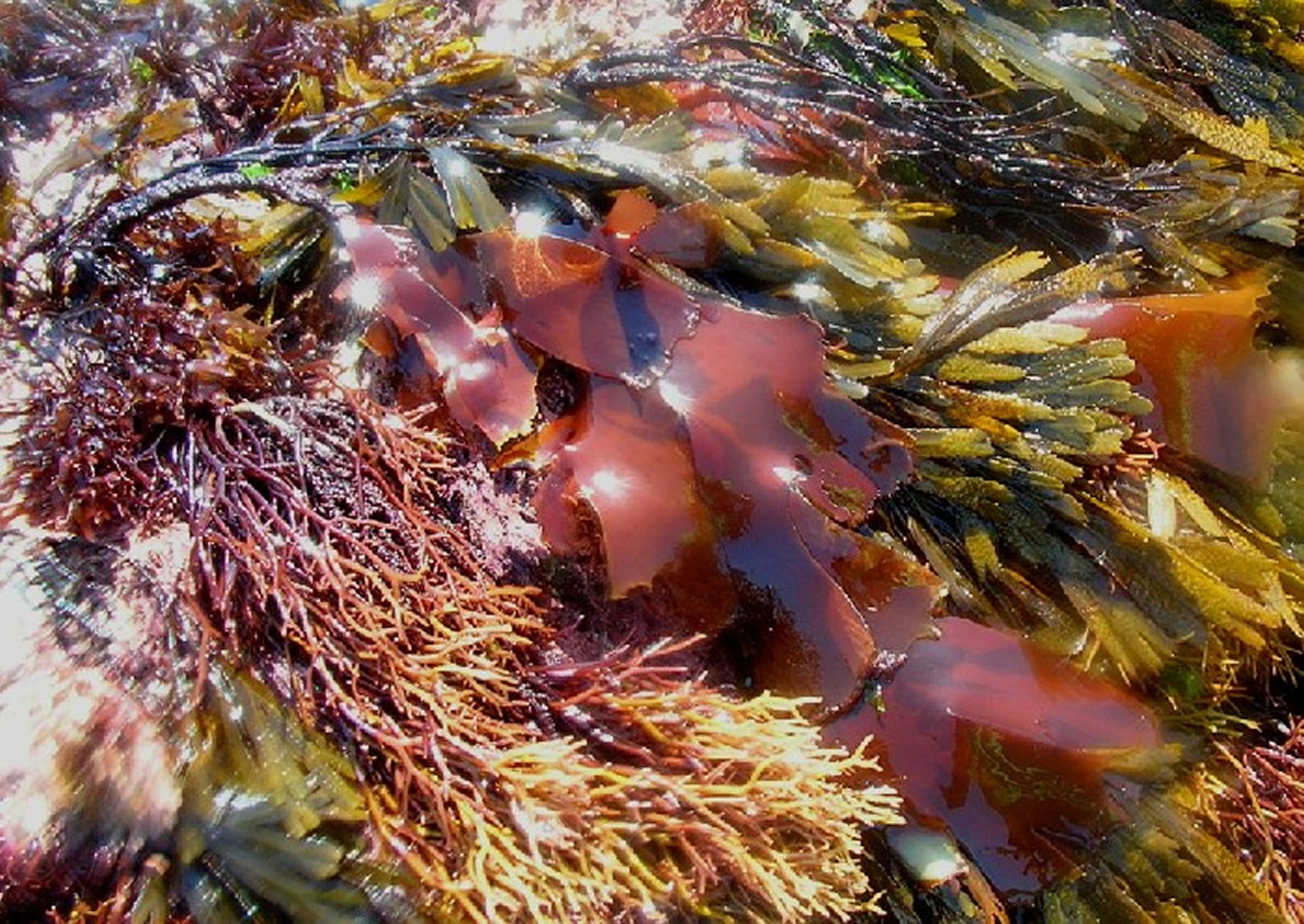 Dulse also called palmaria palmata, is a red seaweed or sea lettuce flakes (Rhodophyta) previously referred to as Rhodymenia palmata. Dulse is named palmaria palmata because of its resemblance to the palmar surface of the hand (Latin, palma). Dulse grows on the northern coasts of the Atlantic and Pacific Oceans. Dulse is a well-known snack food. The use of dulse can be dated back to the 12th century in Ireland. In Iceland, where it is known as söl, it has been an important source of dietary fiber throughout the centuries. In the Maritime Provinces of eastern Canada where dulse is widely available, it is consumed as a snack food 1). However, there are few available data on its consumption patterns. Dulse contains iodine, which could prevent goiter.

Dulse is known to be high in potassium, with reported concentrations ranging from 22.2 to 122 mg/g of dry weight 2), making it a good salt substitute. By comparison, bananas (Musa acuminata colla), a well-known dietary source of potassium, have a reported potassium content of around 3.58 mg/g of edible portion 3). To put this into perspective, the 200 g of dulse consumed by an individual is equivalent (in terms of weight) to approximately two peeled bananas, but contains upwards of 34 times the concentration of potassium (~15,640 mg of potassium) and three times above the recommended daily potassium intake. The average recommended daily dietary intake of potassium is between 1550 and 4700 mg, over 90% of which is absorbed via the gastrointestinal tract 4).

Dulse is also rich in iron and has a relatively high protein content (20% of dry wt) in contrast to lower levels in most brown algae 5), 6). Galland-Irmouli et al. 7) analyzed one dulse blade/month (except August) from the Brittany coast with three technical replicates and found ∼15 % of dry mass as protein in a June blade while a November blade contained ∼23 % protein. Furthermore, Maehre et al. 8) demonstrated that the apparent amino acid bioaccessibility from both raw and 30 min-boiled dulse was higher than from an equivalent dry weight of wheat, rice, or corn flour in a simulated in vitro gastrointestinal digestion model with analysis at each sequential digestive step (amylase/saliva buffer; pepsin/gastric buffer; pancreatin/duodenal buffer).

Dulse is used in cooking: dulse’s properties are similar to those of a flavor-enhancer. It is commonly referred to as dillisk on the west coast of Ireland. Dillisk is usually dried and sold as a snack food from stalls in seaside towns by periwinkle sellers.

Although fresh dulse can be eaten directly off the rocks after harvesting, it is most often served sun-dried. Sun-dried dulse is eaten as is or is ground to dulse flakes or dulse powder. In Iceland, the tradition is to eat it with butter. It can be pan-fried quickly into chips, baked in the oven covered with cheese, with salsa, or simply microwaved briefly. It can be used in soups, chowders, sandwiches, and salads, or added to bread or pizza dough. Finely diced, it can be used as a flavor enhancer in meat dishes, such as chili, in place of monosodium glutamate (MSG).

Dulse is commonly used in Ireland 9), where it can be used to make “White Soda Bread” 10), Iceland, Atlantic Canada, and the Northeast United States as food and medicine. It can be found in many health food stores or fish markets and can be ordered directly from local distributors. In Ballycastle, Northern Ireland, it is traditionally sold at the Ould Lammas Fair. It is particularly popular along the Causeway Coast. Although a fast-dying tradition, many gather their own dulse. Along the Ulster coastline from County Down to County Donegal, it is eaten dried and uncooked as a snack.

Dulse (palmaria palmata) is can found growing from mid-tide of the intertidal zone (the area between the high tide and low tide) to depths of 20 m or more in sheltered and exposed shores 11). The erect frond of dulse grows attached by its discoid holdfast and a short inconspicuous stipe epiphytically on to the stipe of Laminaria or to rocks. The fronds are variable in colour from deep rose to reddish purple and are rather leathery in texture. The flat foliose blade gradually expands and divides into broad segments ranging in size to 50 centimetres (20 in) long and 3–8 cm (1.2–3.1 in) in width which can bear flat, wedge-shaped proliferations from the edge 12).

What are dulse flakes

Dulse flakes are simply dried dulse seaweed that have been manufactured into flakes where they are soft, chewy and ready to eat (see Figure 2). Delicious on salads, tasty in soups or eaten right from the bag.

What are dulse powder

Dulse powder are dulse seaweed that have been grounded into powder form. 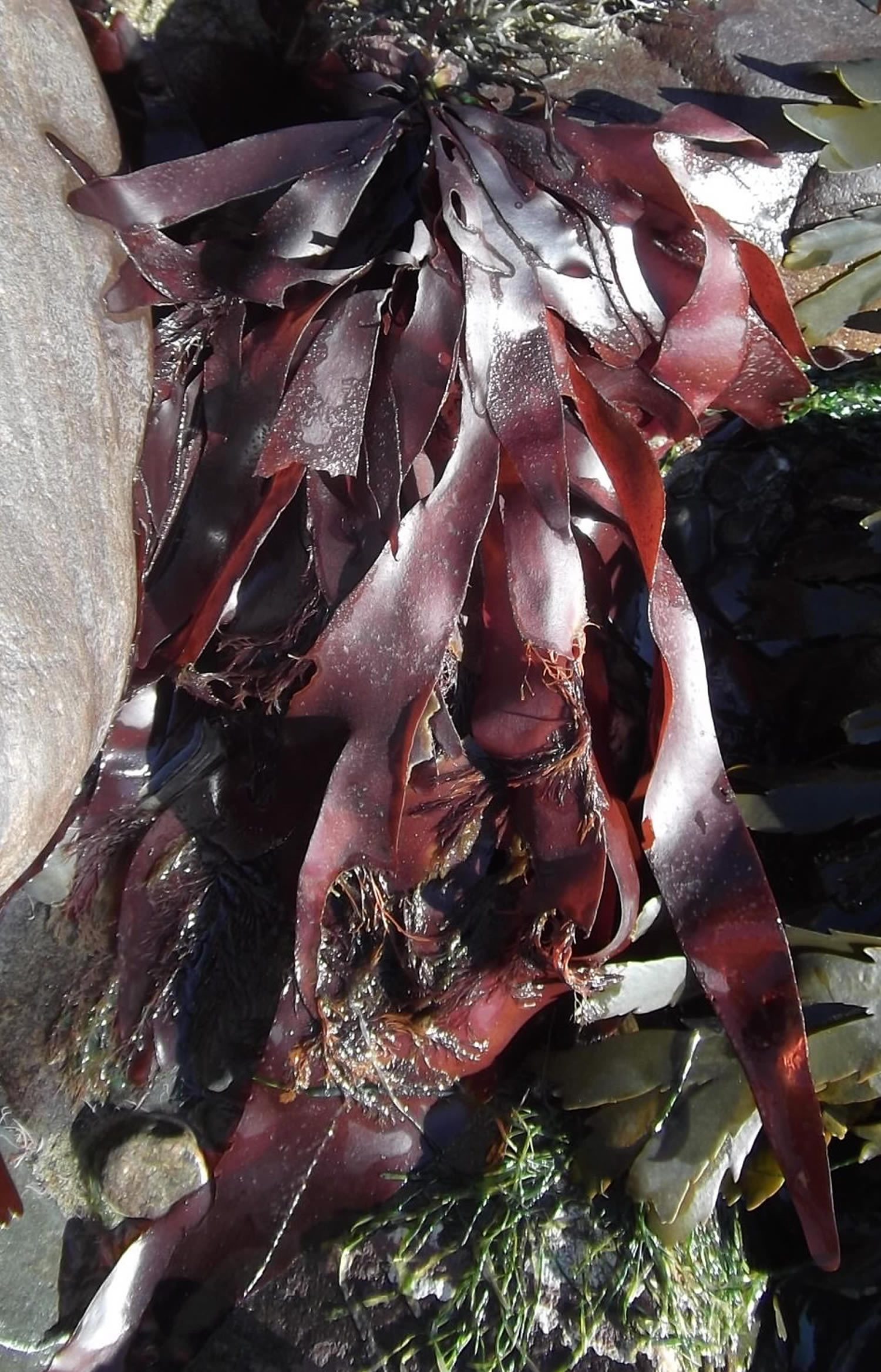 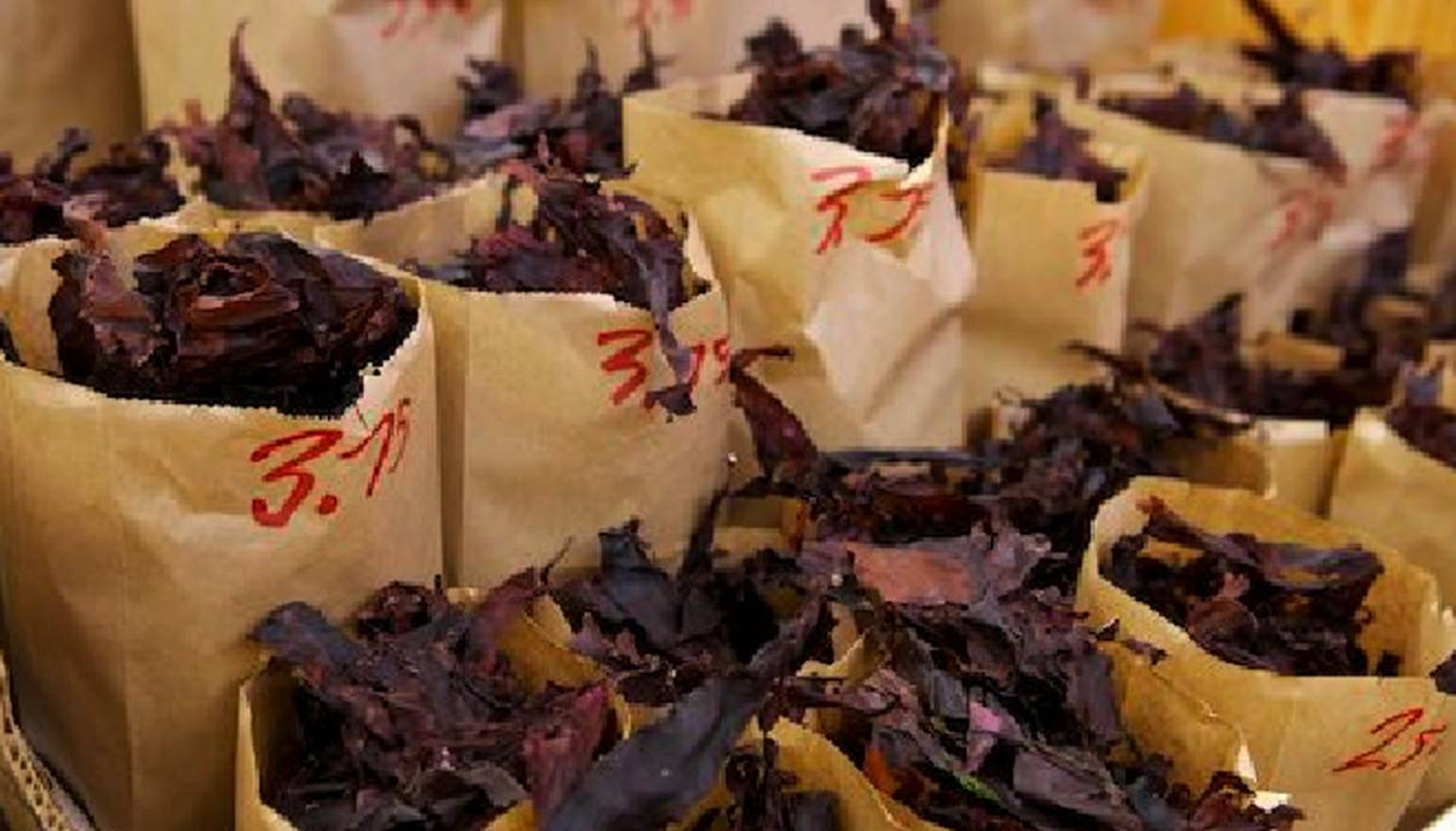 Dulse is a good source of minerals and vitamins compared with other vegetables, contains trace elements needed by humans, and has a relatively high protein content (20% of dry wt) in contrast to lower levels in most brown algae 13), 14). Galland-Irmouli et al. 15) analyzed one dulse blade/month (except August) from the Brittany coast with three technical replicates and found ∼15 % of dry mass as protein in a June blade while a November blade contained ∼23 % protein. Furthermore, Maehre et al. 16) demonstrated that the apparent amino acid bioaccessibility from both raw and 30 min-boiled dulse was higher than from an equivalent dry weight of wheat, rice, or corn flour in a simulated in vitro gastrointestinal digestion model with analysis at each sequential digestive step (amylase/saliva buffer; pepsin/gastric buffer; pancreatin/duodenal buffer).

The amino acid kainic acid, which is found in dulse and some other red algae (e.g., Digenia simplex), is structurally similar to glutamate, a neurotransmitter in the brain 18). At high doses, kainic acid is neurotoxic and used experimentally to produce disease models in mice and other animals. Concentrations of kainic acid that damage neurons are much higher than those consumed by eating dulse, but Mouritsen et al. 19) report that no human safety standard has been established. This is both a dose and a bioavailability issue, and it needs more study because a few dwarf individuals of dulse had high levels of kainic acid (>10 mg/gram dry wt) 20), even though it was undetectable or at very low level in most Atlantic dulse 21). Another amino acid in the kainoid family is domoic acid, which is also found at low levels in some red algae (e.g., Chondria armata, in the same Rhodomelaceae as Digenia simplex, the first discovered kainic acid-producing red alga). Domoic acid is a strong health risk during blooms of a few diatoms (e.g., Pseudo-nitzschia) that are bioaccumulated by filter-feeding mollusks and become a human health risk, but domoic acid poisoning from red algae is unknown 22). Traditionally in both Europe and Asia, worms were eliminated from humans and animals with red algae that contain kainic acid or domoic acid 23).

Hyperkalemia (high blood potassium level) is seldom seen in well individuals with normal renal function, regardless of dietary intake. The vast majority (90%) of the daily intake of potassium is excreted in urine, with the remaining 10% excreted in stool. This is due to the ability of the kidneys to adapt to increasing serum potassium concentrations. This makes normal kidney function essential for effective potassium management. In patients with renal impairment, potassium homeostasis can become impaired. Eating dulse seaweed known to be very rich in potassium can cause dangerous hyperkalemia in individuals with chronic renal failure.