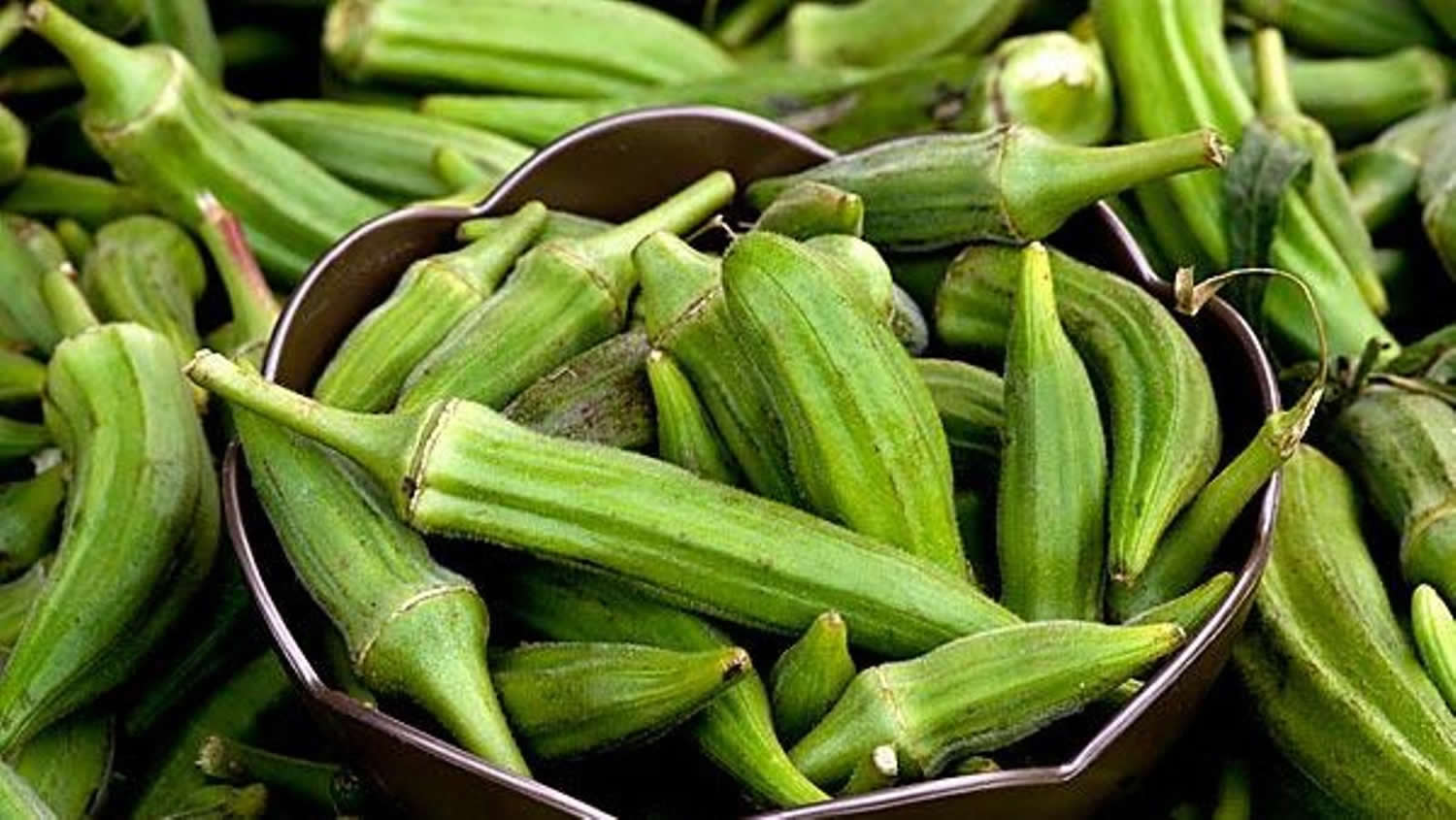 Okra (Hibiscus esculentus L. Moench) or lady finger or “gumbo” is a well-known tropical vegetable in the Malvaceae family, although the latter term is more often applied to soups or other dishes which contain okra 1). Okra apparently originated in what the geobotanists call the Abyssinian center of origin of cultivated plants, an area that includes present-day Ethiopia, the mountainous or plateau portion of Eritrea, and the eastern, higher part of the Anglo-Egyptian Sudan. Okra is now widely planted from Africa to Asia and from South Europe to America.

Okra is rarely used “straight” except when fried with meal, just a little of it usually being cooked with other vegetables or put into soups and stews. Okra alone is generally considered too “gooey,” or mucilaginous, to suit American tastes. In recent years, however, it has become an important commercial crop in certain localities in the South, where thousands of tons of the pods are grown for the large soup companies.

Okra is easily dried for later use. A little dried okra in prepared dishes produces much the same results as does the fresh product.

In some lands the seeds rather than the whole young pods are of most interest. When ripe the seeds yield an edible oil that is the equal of many other cooking oils. In Mediterranean countries and the East, where edible oils are scarcer than in our country, okra oil is no rarity.

Okra leaves may be cooked in a similar way to the greens of beets or dandelions. The leaves are also eaten raw in salads. In Turkey, the leaves are used in preparing a medicament to soothe or reduce inflammation. A close relative of okra, roselle, is used as a source of fiber for cloth.

Raw okra is 90% water, 2% protein, 7% carbohydrates and negligible in fat. In a 100 gram amount, raw okra is rich (10% or more of the Daily Value, DV) in dietary fiber, vitamin C and vitamin K, with moderate contents of iron, calcium, thiamin, folate manganese and magnesium.

Okra is considered as an important constituent for balanced food due to its dietary fibers and amino-acid composition which is rich in lysine and tryptophan 3). Its fruits are harvested when immature and are commonly consumed as salads, soups, and stews 4). The roots and stems are used for cleaning the cane-juice during brown-sugar preparation 5). The seeds have also gained much interest as a new oil (30–40%) and protein (15–20%) source 6). Okra has been found to possess various ethno-pharmacological and medicinal properties against cancer, high-cholesterol, and Diabetes mellitus 7).

Because of its high amount of mucilage, okra is also used in traditional medicine as a dietary meal to treat gastric irritation. The structural elements of mucilage have recently been characterized as pectin-like rhamnogalacturonans 8) with unusual structural features 9). Additionally, these okra rhamnogalacturonan polysaccharides reportedly possess antiadhesive properties that interrupt the adhesion of Helicobacter pylori to human stomach tissue 10).

The fiber in Okra help to stabilize blood sugar by regulating the rate at which sugar is absorbed from the intestinal tract 11). Previous studies reported that Okra polysaccharide possesses hepatoprotective 12), antidiabetic 13), antiulcer 14), anticancer 15), anti-inflammatory, laxative, antihyperlipidemic, antifungal, and analgesic activities 16). Recently, some quercetin derivatives, well-known antioxidants, were identified and isolated from Okra 17). Nutritionally, the richest part of Okra plant is the dried seeds. The oil of Okra seeds is edible and the residual meal after oil extraction is rich in protein. However, further investigations are required to characterize the active constituent(s) responsible for the observed activities and to elucidate the detailed mechanism of action at the cellular and molecular levels.

Okra toxicity and side effects

Acute oral toxicity of Okra seed extracts was determined as per Organization for Economic Cooperation and Development (OECD) guidelines 423 18). A single oral dose (5, 50, 300, and 2000 mg/kg) of extracts was administered to four mice groups (n = 6) and was observed individually at least once during the first 30 min, periodically during the first 24 h, with special attention given during the first 4 hours and daily thereafter, for a total of 14 days for abnormal signs, diarrhea, and food and water intake. The animal body weight and locomotor activity score using actophotometer were measured at 0th (initial) and 14th (final) days. On the 14th day, the mice were anesthetized through intraperitoneal injection of a cocktail containing ketamine (80 mg/kg) and xylazine (10 mg/kg). Blood samples were collected by cardiac puncture and hematological parameters were analysed using ABX Micros-60 hematology analyser. All the vital organs were collected and weighed. The heart, liver, and kidney of the mice treated with AE and ME (2000 mg/kg, p.o) were processed for haematoxylin and eosin (H&E) histopathological staining. In the acute oral toxicity study, mice did not show any signs of toxicity or death up to a dose of 2000 mg/kg,  hence the LD50 cut-off value might exceed 2000 mg/kg; hence, 1/10th of the dose 200 mg/kg was taken as an effective dose for in vivo pharmacological studies 19). Further acute and subchronic (28 days) oral dose toxicity studies are warranted to investigate the potential toxicity after single and 28-day repeated oral dosing of Okra seed extracts in experimental animals.