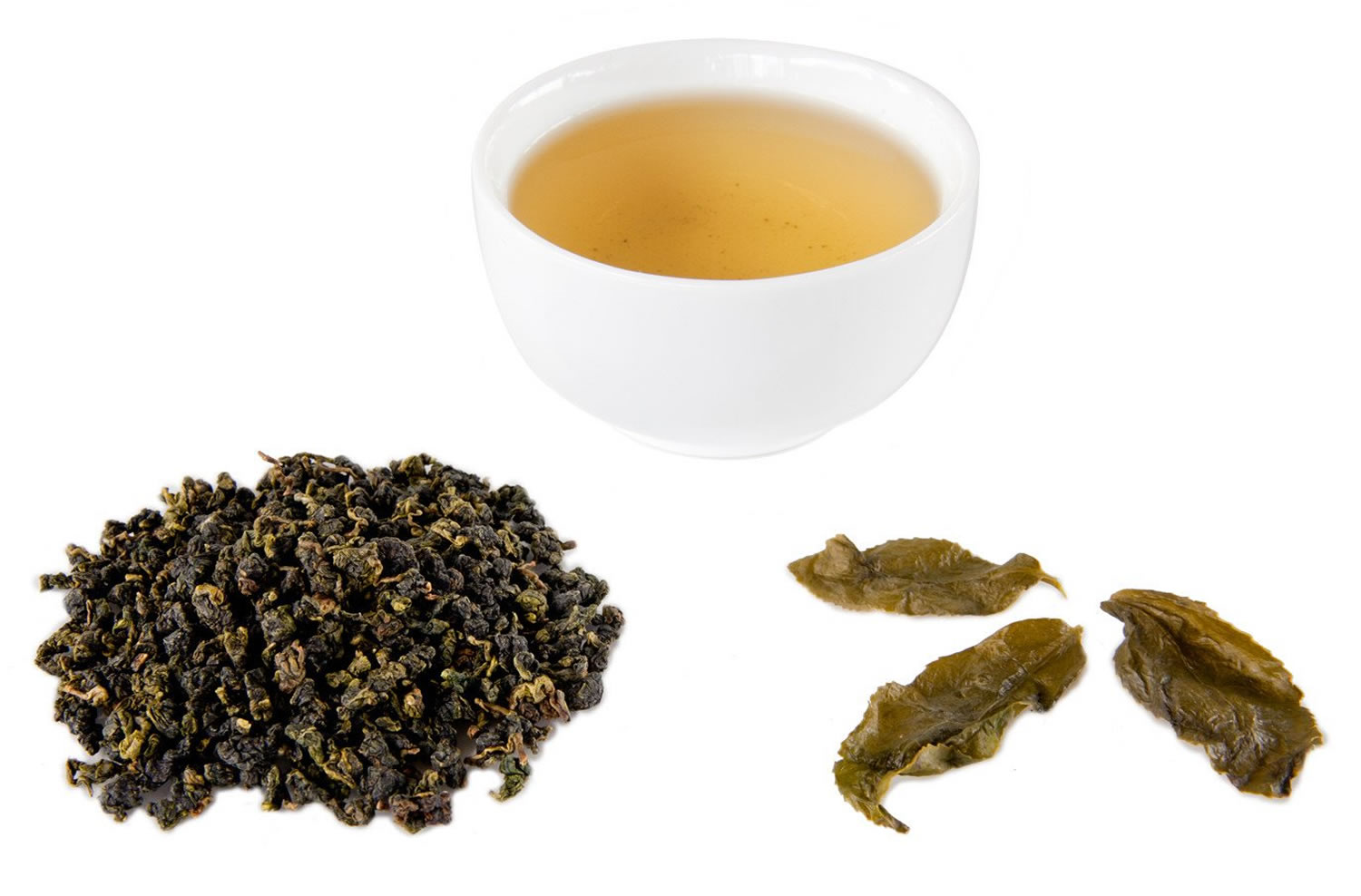 What is oolong tea

Oolong tea is a traditional Chinese tea (Camellia sinensis) produced through a process including withering the plant under strong sun and oxidation before curling and twisting 1). The name oolong tea came into the English language from the Chinese name (wūlóng chá), meaning “black dragon tea”. In Chinese, oolong teas are also known as qingcha or “dark green teas”.

Most oolong teas, involve unique tea plant cultivars that are exclusively used for particular varieties. The degree of oxidation can range from 8–85%, depending on the variety and production style. Oolong is especially popular in south China and Chinese expatriates in Southeast Asia 2). The manufacture of oolong tea involves repeating stages to achieve the desired amount of bruising and browning of leaves. Withering, rolling, shaping, and firing are similar to black tea, but much more attention to timing and temperature is necessary 3).

Different styles of oolong tea can vary widely in flavor. They can be sweet and fruity with honey aromas, or woody and thick with roasted aromas, or green and fresh with complex aromas, all depending on the horticulture and style of production. Several types of oolong tea, including those produced in the Wuyi Mountains of northern Fujian, such as Da Hong Pao, are among the most famous Chinese teas. Different varieties of oolong are processed differently, but the leaves are usually formed into one of two distinct styles. Some are rolled into long curly leaves, while others are ‘wrap-curled’ into small beads, each with a tail. The former style is the more traditional.

Does oolong tea have caffeine

Yes. Oolong tea has 16 mg of caffeine per 100 gram of oolong tea leafs. However, the caffeine content in Oolong tea will vary based on environmental factors, farming practices and the tea’s specific growth habitat when the tea leaf is plucked and the production processes.

Moreover, to put Oolong tea caffeine content into perspective, we have included a table below to show you the typical caffeine content in popular beverages. Drink sizes are in fluid ounces (oz.) and milliliters (mL). Caffeine is shown in milligrams (mg).

Keep in mind that the actual caffeine content of a cup of coffee or tea can vary considerably because of factors such as origin, processing and preparation method, including brewing time. So use these numbers as a guide.

The Dietary Guidelines for Americans 4) recommends that women who are pregnant and those who are breast-feeding check with their health care providers for advice concerning caffeine.

The Dietary Guidelines for Americans doesn’t include guidelines for safe caffeine consumption for children. However, the American Academy of Pediatrics takes the position that stimulant-containing energy drinks have no place in the diets of children or adolescents.

After water, coffee and tea are the two most commonly consumed beverages on the planet. They are brimming with antioxidants, flavonoids, and other biologically active substances that may be good for health.

Research suggests that drinking at least three cups of either black or green tea per day reduces the risk of stroke 7) and cancer 8), 9).

Some teas taste sweet to the palate without added sugar: Try fruit-flavored herbal teas, or teas with cinnamon or vanilla.

The key to tea: Antioxidants

Polyphenols are likely the key component to what makes tea a healthy drink. These chemical compounds act as antioxidants, which fight against free radicals in the body. Free radicals can alter DNA by stealing its electrons, and this mutated DNA can increase LDL “bad” cholesterol or alter cell membrane traffic – both harmful to our health. Though green tea is often considered higher in polyphenols than black or oolong (red) teas, studies show that – with the exception of decaffeinated tea – all teas have about the same levels of these chemicals, albeit in different proportions.

While the antioxidant action of tea is promising, some research suggests that the protein and possibly the fat in milk may reduce the antioxidant capacity of tea 10). Flavonoids, the antioxidant component in tea, are known to bind to proteins and “de-activate,” so this theory makes scientific sense 11).

Polyphenols, the antioxidants abundant in tea, have been shown to reduce the risk of death due to cardiovascular disease (8), including stroke. (9,10) In one study of 77,000 Japanese men and women, green tea and oolong tea consumption was linked with lower risk of death from cardiovascular disease. (11) Other large-scale studies show that black tea also contributes to heart health 13), with research suggesting that drinking at least three cups of either black or green tea per day appears to reduce the risk of stroke by 21 percent. The study also stated that drinking tea may be one of the most significant changes a person can make to reduce his or her risk of stroke 14).

Research shows benefits for a variety of types of cancer, including ovarian and digestive system cancers 15). Green tea might also have a positive effect in reducing risk of breast, prostate, and endometrial cancers, though more evidence is needed 16).

Be wary of weight-loss claims. Some advertisements claim that tea can speed weight loss, but research on the effects of green tea and fat reduction have shown little promise of weight loss benefits 19). Moreover, it’s best to skip any so-called “diet” teas that may contain potentially harmful substances such as laxatives.

Beware the bottle. Avoid purchasing expensive bottled teas or teas in coffee shops that contain added sweeteners. To enjoy the maximum benefits of drinking tea, consider brewing your own at home. You can serve it hot, or make a pitcher of home-brewed iced tea during warmer months.

Though further research is needed to confirm the benefits, recent studies show that tea holds promise in preventing cardiovascular disease, cancer, and hypertension – and that there are no serious risks associated with drinking it. So pick a color and pour a cup to maximize the health benefits.