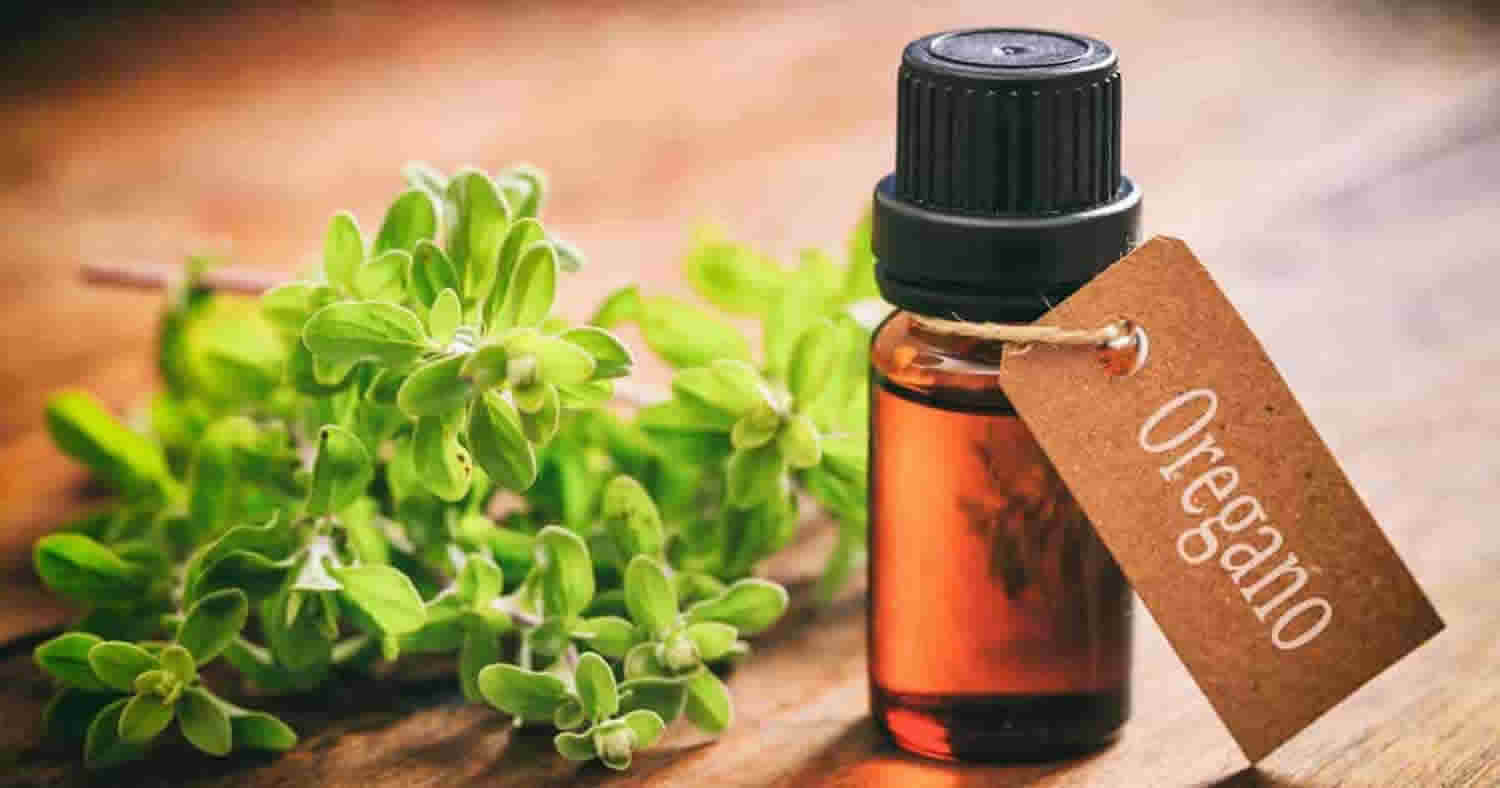 What is oregano oil good for

Oregano (Origanum vulgare) is a perennial herb with olive-green leaves and purple flowers, native to temperate Western and Southwestern Eurasia and the Mediterranean region. Turkey is one of the largest exporters of oregano. It now grows on most continents and under a variety of conditions. Countries known for producing high-quality oregano essential oils include Greece, Israel, and Turkey. Oregano grows 1-3 feet tall and is closely related to mint, thyme, marjoram, basil, sage, and lavender, with opposite leaves 1–4 cm (0.39–1.57 in) long. The flowers are purple, 3–4 mm (0.12–0.16 in) long, produced in erect spikes. It is sometimes called wild marjoram, and its close relative, O. majorana, is known as sweet marjoram. Outside of the U.S. and Europe, plants referred to as “oregano” may be other species of Origanum, or other members of the Lamiaceae family.

Oregano oil and oregano have been used in folk medicine since ancient times 1). Oregano essential oil is extracted from the leaves of the oregano plant. Some people take oregano by mouth for respiratory tract disorders such as coughs, asthma, allergies, croup, and bronchitis. Oregano is also taken by mouth for stomach disorders such as heartburn, bloating, and parasites. It is also taken by mouth for painful menstrual cramps, rheumatoid arthritis, urinary tract disorders including urinary tract infections (UTIs), headaches, diabetes, bleeding after having a tooth pulled, heart conditions, and high cholesterol. Although oregano or its oil may be used as a dietary supplement, there is no clinical evidence to indicate that either has any effect on human health 2).

Proponents of oil of oregano claim it can treat a variety of illnesses, including sinus disorders. Like many spices, oregano does have some antibacterial and antifungal properties — making it at least plausible that it might help or prevent some sinus problems caused by bacteria and fungi.

Unfortunately, there have been no published human trials that have looked at oregano oil specifically for this use. For this reason, it isn’t known what role, if any, oil of oregano plays in treating or preventing sinusitis.

In 2005, the US Federal Trade Commission brought legal action against a firm that had claimed oregano oil treated colds and flu or relieved bacterial and viral infections 3). In 2014, the US Food and Drug Administration warned a Utah company, Young Living, that its herbal products, including oregano essential oil, were being promoted to have numerous anti-disease effects and so were being sold as unauthorized misbranded drugs subject to seizure and federal penalties 4).

In the foods and beverages industry, oregano and oregano oil are used as a culinary spice, flavoring and food preservative. 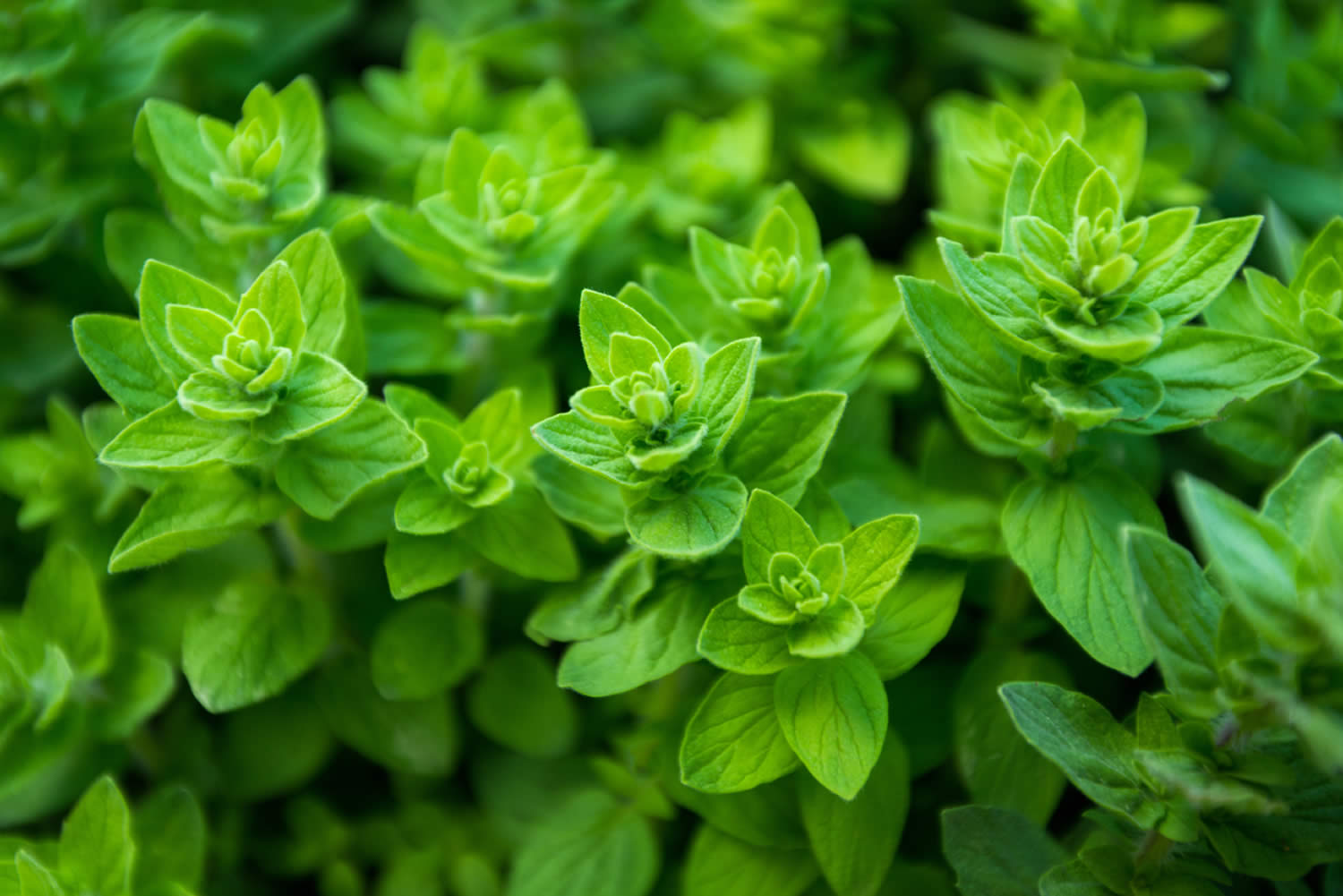 Oregano has antioxidant properties and exhibits antimicrobial activity against bacteria and fungi 5), 6). The effects of oregano essential oil on yeasts of medical importance such as Candida albicans isolated from human patients have also been studied 7). Some studies suggest that oregano exerts a therapeutic effect when administered to rats experimentally infected with Trichophyton rubrum 8). The antifungal activity of oregano essential oil against some species of Aspergillus such as A. parasiticus , A. niger , A. flavus and A. ochraceus was demonstrated in studies where it was shown to inhibit growth and aflatoxin production 9). In animal and test tube studies, Aligiannis et al . 10) evaluated the Minimal Inhibitory Concentration (MIC) of the essential oils of two species of Oregano and found values between 0.28 and 1.27 mg per mL for bacteria and from 0.65 to 1.27 mg per mL for fungi, which are similar to the values found in another study 11).

Chromatographic analysis of oregano essential oil revealed the presence of 4-terpineol, γ-terpinene, thymol and carvacrol [2-methyl-5-(1-methylethyl)phenol] 12) among its main constituents. They possess multiple biological properties such as anti-inflammatory, anti-leishmanial, antioxidant, hepatoprotective and anti-tumoral activities 13), 14). The concentration of phenolic monoterpenes was high as compared to those of the other compounds present in the oil (see Table 1). Some monoterpenes and sesquiterpenes could be responsible for the susceptibility of the fungal isolates tested to this essential oil, since the antifungal activity of oregano oil has been attributed to thymol, carvacrol and eugenol 15).

According to some studies, the composition, quality and content of essential oils present in plants are subject to great variation and are influenced by diverse factors such as the geographical and climatic conditions as well as the conditions used for culture, drying and storage 16).

Inhibition of microorganisms by essential oils seems to rely on different mechanisms of action 17). Toxic effects on membrane structure and function have been generally used to explain the antimicrobial action of essential oils and their monoterpenoid compounds 18).

Some studies suggest that the antimicrobial action of essential oils can be a consequence of a negative effect on enzymes, including those involved in the production of energy and synthesis of structural components of the microorganism, in addition to destruction or inactivation of genetic material 19).

Phenolic compounds present in essential oils may disturb membrane-embedded proteins and inhibit cellular respiration. Also, alterations in the ion transport processes of the cell membrane and modifications in the activity of calcium channels can cause an increase in cell permeability and consequent release of vital intracellular constituents 20).

Our conclusion: Despite positive results in test tube studies, there is currently no human study that could prove the anti-candida (antifungal) effect of oregano essential oil, we therefore put these test results as inconclusive and not recommended for clinical use. More research would be needed to confirm these test tube findings.

Staphylococci are important pathogens. Eradication of these micro-organisms is not always successful due to their ability to form biofilms. Experimental evidence has shown that micro-organisms in biofilms are less susceptible to conventional treatment 22) than their planktonic counterparts. Many factors contribute to the lowered susceptibility of bacteria enclosed in a biofilm, and include the induction of a biofilm phenotype, the stress response and failure of the antimicrobial agents to penetrate the biofilm 23). Recently, there has been considerable interest in the study of plant materials as sources of new compounds for processing into therapeutic agents. One approach may be the use of oregano essential oils that have been shown to be potential agents in the treatment of infections, and are safe in terms of human and animal health. In this context, oregano oil and its major phenolic components, carvacrol [2-methyl-5-(1-methylethyl)phenol] and thymol [2-isopropyl-5-methylphenol], are known for their wide spectrum of antimicrobial activity, which has been the subject of several investigations in test tubes 24) and in animals 25). In a test tube study scientists have shown that oregano essential oils inhibited growth of preformed biofilm and interfered with biofilm formation during planktonic growth of Staph bacteria. The antimicrobial activity of oregano oil is mostly attributed to the action of its principal phenolic components, carvacrol [2-methyl-5-(1-methylethyl)phenol] and thymol [2-isopropyl-5-methylphenol], which exhibit significant bactericidal activity when tested separately 26). Due to their hydrophobic nature, carvacrol and thymol interact with the lipid bilayer of cytoplasmic membranes causing loss of integrity and leakage of cellular material such as ions, ATP and nucleic acid 27). Hence, carvacrol and thymol, alone or in oregano oil, could diffuse through the polysaccharide matrix of the biofilm and destabilize it due to their strong intrinsic antimicrobial properties. This hypothesis is supported by the anti-plaque effects of a thymol-based mouthwash, in part attributable to rapid-kill and plaque-permeating abilities 28).

a, b, c, d, e, fcorresponds to the tested strains; – not tested on the strain.
MIC = minimum inhibitory concentration
BIC = biofilm inhibiting concentration
BEC = biofilm-eradicating concentration
Note: The above findings corroborated with a previous study that proves thymol and carvacrol as the safe option while do not recommend citral as potential therapeutic agent 39).
[Source 40)]

Carvacrol and thymol may also be responsible for the effects observed on biofilm formation. Knowles et al. 41) suggested that continued exposure of Staph aureus to non-biocidal concentrations of carvacrol disrupted normal development of dual-species biofilm, preventing the build up of protein mass, arresting at the microcolony stage. Alternatively, the oils could interact with surface proteins, leading to an alteration of the bacterial cell surface and in part compromising the initial attachment phase to polystyrene microtitre plates. In this context, Juven et al. 42) suggested a reaction between phenolic compounds (such as thymol) and bacterial membrane proteins.

The findings of the present test tube study highlight the promising role of oregano, carvacrol and thymol as new lead structures in the search for novel antibacterial agents. Data in the literature on the availability and pharmacokinetics of carvacrol and thymol 43) and on acute and short-term in vivo effects, suggest that they may not pose a risk for human and animal health 44). Moreover, both carvacrol and thymol have been classified as GRAS (generally recognized as safe) and their use in food has been approved by European Parliament and Council for the food industry uses primarily for flavoring and aromatizing foods 45) making them a potential option for developing anti-microbial drugs. Therefore, further experiments are needed substantiate these findings and support their use in human clinical trials as anti-bacterial and anti-fungal.

How effective is oregano oil ?

The effectiveness ratings for oregano are as follows 46):

Insufficient evidence to rate effectiveness for:

More evidence is needed to rate oregano for these uses.

Oregano leaf and oregano oil are LIKELY SAFE when taken in amounts commonly found in food. Oregano leaf is POSSIBLY SAFE when taken by mouth or applied to the skin appropriately as medicine. Mild side effects include stomach upset. Oregano might also cause an allergic reaction in people who have an allergy to plants in the Lamiaceae family. Oregano oil should not be applied to the skin in concentrations greater than 1% as this might cause irritation.

Pregnancy and breast-feeding: Oregano is POSSIBLY UNSAFE when taken by mouth in medicinal amounts during pregnancy. There is concern that taking oregano in amounts larger than food amounts might cause miscarriage. There is not enough reliable information about the safety of taking oregano if you are breast feeding. Stay on the safe side and avoid use.

Allergies: Oregano can cause reactions in people allergic to Lamiaceae family plants, including basil, hyssop, lavender, marjoram, mint, and sage.

Surgery: Oregano might increase the risk of bleeding. People who use oregano should stop 2 weeks before surgery.

Are there interactions with medications ?

Moderate – Be cautious with this combination.

Oregano might slow blood clotting. In theory, taking oregano along with medications that also slow clotting might increase the chances of bruising and bleeding.

Are there interactions with herbs and supplements ?

Using oregano along with herbs that can slow blood clotting might increase the risk of bleeding in some people. These herbs include angelica, clove, danshen, garlic, ginger, ginkgo, Panax ginseng, horse chestnut, red clover, turmeric, and others.

Oregano might interfere with iron absorption. Using oregano along with iron might decrease the absorption of iron.

Oregano might interfere with zinc absorption. Using oregano along with zinc might decrease the absorption of zinc.

Are there interactions with foods ?

There are no known interactions with foods.

What dose is used ?

The appropriate dose of oregano depends on several factors such as the user’s age, health, and several other conditions. At this time there is not enough scientific information to determine an appropriate range of doses for oregano (in children/in adults). Keep in mind that natural products are not always necessarily safe and dosages can be important. Be sure to follow relevant directions on product labels and consult your pharmacist or physician or other healthcare professional before using.