What is photobiomodulation therapy

Photobiomodulation, also known as low level laser (or light) therapy, low-intensity laser therapy, low-power laser therapy, cold laser, soft laser, red light therapy, biostimulation and photobiostimulation 1). Photobiomodulation describes the ability to stimulate or inhibit cellular functions by using light at specific wavelengths, intensities and dosing regimens. The classically described photobiomodulation treatment window is between 600 and 1,200 nm 2). Light in this portion of the spectrum readily penetrates skin and tissues via the so-called optical window. Light is absorbed by various structures and molecules, and primarily molecules that are instrumental in energy production and oxygen delivery. The primary site of light absorption in mammalian cells has been identified as the mitochondria and more specifically, cytochrome C oxidase (CCO). Photobiomodulation has been shown to influence a wide variety of cellular functions, including gene expression, growth and proliferation, survival, and differentiation 3). It is hypothesized cytochrome C oxidase appears to be the primary photoacceptor and transducer of photosignals in these regions of the light spectrum 4). The accepted light energy activates the cytochrome c oxidase and triggers a series of biochemical cascades that improve cellular functions 5). These functions are primarily mediated by raising the levels of adenosine triphosphate (ATP), which increases the mitochondrial membrane potential, cyclic adenosine monophosphate, calcium (Ca2+), and reactive oxygen species (ROS) and activates transcription factors 6). The mechanistic basis for the outcomes observed after using photobiomodulation therapy are a result of the upregulation of intracellular metabolism by increasing production of adenosine triphosphate (ATP), augmenting other metabolic pathways, and the induction or reduction of reactive oxygen species (ROS) and other free radical production 7).

The interaction of photons with cells and cellular structures is a necessary condition for photobiomodulation. Scientists have learned that all cells and tissues don’t respond to photobiomodulation and that one size does not fit all when determining the dose or course of treatment 8). Different photobiomodulatory effects have been described depending upon the specific cell lines and species being investigated. One laboratory demonstrated that cell proliferation and metabolism in vitro can be influenced by varying the dose frequency or treatment interval of the photobiomodulation therapy 9). Scientists have also demonstrated this same phenomenon as regards wound healing in a mice pressure ulcer model 10). These investigations underscore the concept that a unique dose frequency combination exists for tissues and cell lines and that this specific treatment paradigm must be determined to optimize outcomes and maximally stimulate cellular metabolism and proliferation. 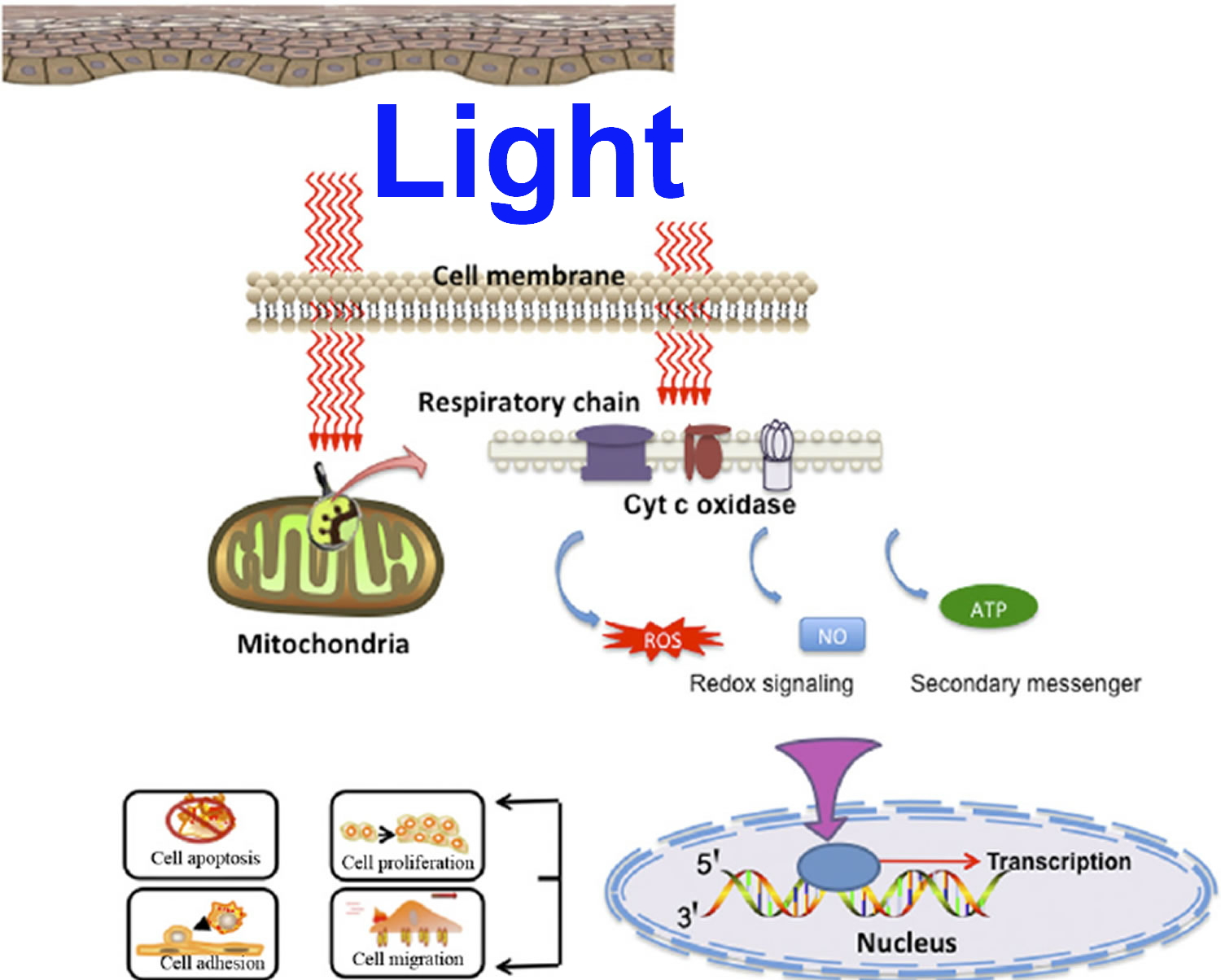 The therapeutic use of light began with the invention of laser technology in the early 1960s 11). Mester et al. 12) noted that laser light at low doses demonstrated increased hair growth at an accelerated rate in mice and promoted excisional wound healing. However the use of the term low-level laser therapy has been replace with less ambiguous word photobiomodulation, because the words “low” and “level” are vague and not accurately definable, whereas the word “laser” is no longer appropriate, as other types of light devices such as LEDs and broadband light sources are currently used for photobiomodulation therapy 13).

Photobiomodulation (low level laser) therapy is a safe form of light/heat treatment under investigation for a variety of health indications. It is being used to treat the genetic forms of hair loss common in men and women, androgenetic alopecia or pattern balding 14), to reduce pain, inflammation, edema, and to regenerate damaged tissues such as wounds, bones and tendons 15), 16). 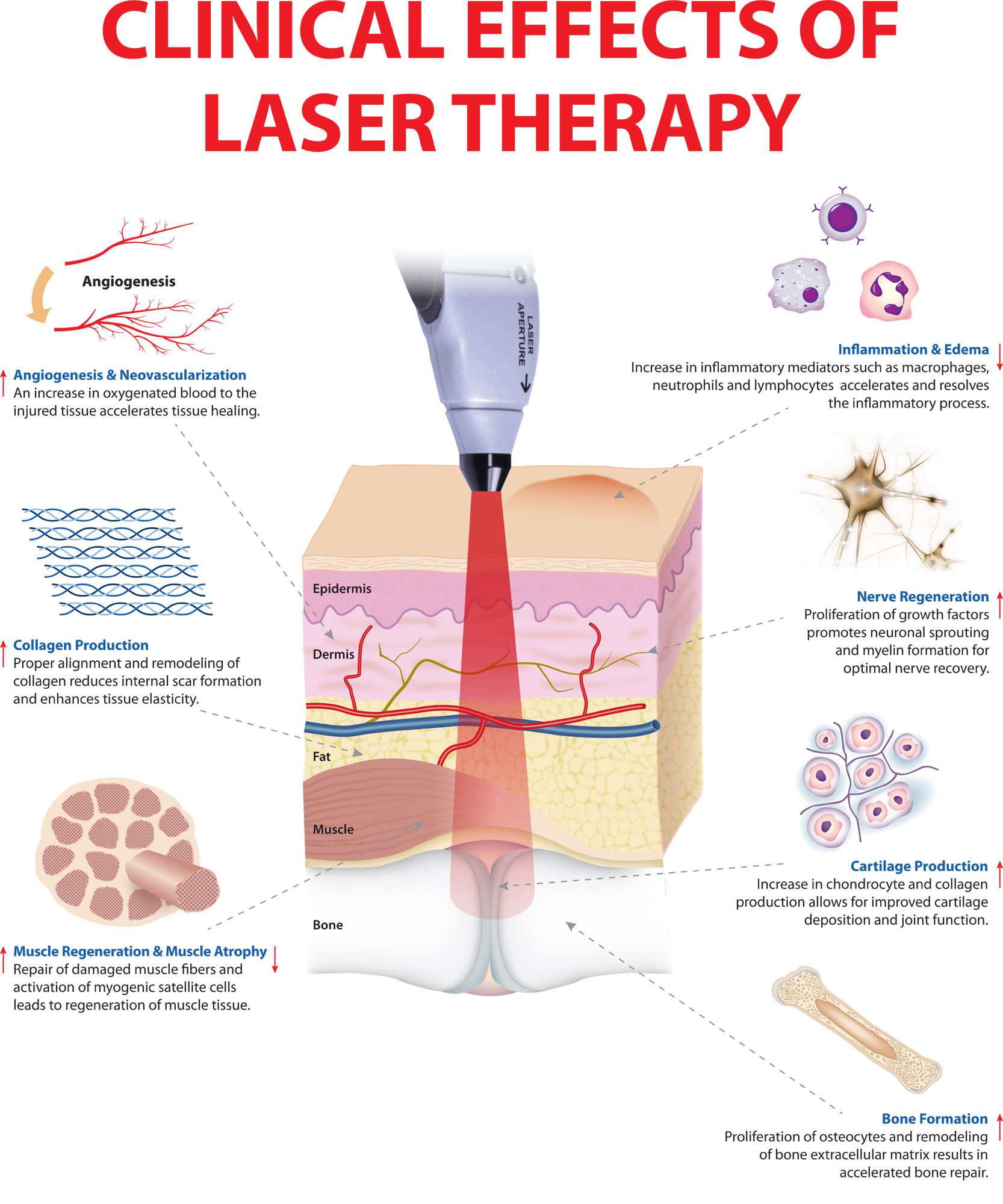 Photobiomodulation can be classified into two modes by its continuity:

How Photobiomodulation Therapy for Hair Loss is supposed to work ?

The hair growth cycle consists of three phases: growth (anagen phase), resting (telogen phase) and shedding (catagen phase). Hair loss in androgenetic alopecia depends on a testosterone derivative in the skin, dihydrotestosterone (DHT). Low level laser therapy is believed to increase blood flow in the scalp and stimulate metabolism in catagen or telogen follicles, resulting in the production of anagen hair. In theory:

What is the clinical evidence to show Photobiomodulation Therapy for Hair Loss is effective ?

Physicians have varying views on whether or not low level laser therapy is effective. While some physicians reject its use entirely, others believe that low level laser therapy can provide benefit for some men and women suffering from androgenic alopecia (genetic baldness). It has also been suggested that it may assist a hair transplant patient’s postoperative wound healing process and expedite hair growth.

In a second study of 103 males and 122 females with pattern alopecia that completed the study, HairMax® LaserComb (with 12, 9 and 7 beams) was reported to result in increase in terminal hair density compared to similar trial subjects treated with a sham device 25).

However, published trials of low level laser light have been criticized as not being independent and anecdotal individual reports of using these devices appears disappointing.

Improvement is reported in at least some users after 12 to 26 weeks of use, with reduced hair fall and noticeable hair growth.

Laser hair therapy may be delivered in a salon by professionals trained in its administration, or at home.

Two to three times weekly treatments are typically recommended, and consist of a 8 to 15-minute exposure of the scalp to light-emitting diodes under a bonnet or head cap or using a handheld comb or brush.

Scalp treatment and massages that promote blood circulation may be used additionally as part of the program.

Proprietors of low level laser therapy services speak about the importance of regularity, which includes frequent appointments (twice a week, more or less) over a long duration (typically one year).

Laser therapy should not be used concomitantly with medications or products that are photosensitising.

Note: Positions of the transcranial laser stimulation and configuration of the functional near‐infrared spectroscopy (fNIRS) probe in (A) Experiment I, and (B) Experiment II. In each graph, the pink circle indicates the approximate position where the treatment laser (in 4.16‐cm diameter) was shined on. The fNIRS probe consisted of two measurement channels (CH‐1 and CH‐2), one channel over each cerebral hemisphere.

In recent years, transcranial photobiomodulation has gained attention for its therapeutic potential in a variety of neurological and psychological conditions. Transcranial photobiomodulation has been shown to be safe for treating ischemic stroke patients in a few controlled clinical trials, but did not significantly improve patient outcomes 29). Two studies by Naeser et al. 30), 31) reported that daily use of near‐infrared light to the forehead may improve cognitive functions in patients with chronic traumatic brain injuries. Schiffer et al. 32) also found that a single near‐infrared light treatment to the forehead using LEDs may have psychological benefits in ten patients with major depression and anxiety. Stimulating with the same 0.25 W/cm2 irradiance as Schiffer et al. 33), but using a laser with a longer wavelength (1,064 nm), Barrett and Gonzalez‐Lima 34) conducted the first controlled study in 40 healthy human participants and demonstrated that transcranial laser stimulation improves cognitive and emotional functions. A subsequent controlled study by Blanco et al. 35) also demonstrated that transcranial laser stimulation with 0.25 W/cm2 irradiance and 1,064‐nm laser improves executive functions in healthy human participants.

The mechanism of action of near‐infrared light rests on photon absorption by cytochrome oxidase 36), which is the terminal enzyme in the mitochondrial respiratory chain that plays a key role in cerebral oxygen utilization for energy metabolism 37). The more the activity of cytochrome oxidase increases, the more oxygen consumption and metabolic energy is produced via mitochondrial oxidative phosphorylation 38). This photonics‐bioenergetics mechanism results in metabolic and hemodynamic alterations in the brain that facilitate both neuroprotection and cognitive enhancement 39). In 2012, Rojas et al. 40) were the first to report that near‐infrared light increased oxygen consumption in the rat prefrontal cortex in vivo. However, most of the human studies have evaluated the effects of low‐level laser therapy by observing the changes in behavioral and psychological measures and postulating the underlying neurophysiological mechanism that causes them. To date, only the study by Schiffer et al. 41) has looked at the effects of near‐infrared LEDs on human cerebral hemodynamics by measuring the total hemoglobin changes with a cerebral oximeter.

However, due to the limitation in continuous‐wave fNIRS, the long‐term duration of effects of transcranial laser stimulation remains unknown. Some previous studies have suggested the benefits could last for several weeks. For example, Barrett and Gonzalez‐Lima 43) found a significant benefit as compared to the placebo group in positive and negative affective states in healthy volunteers two weeks after a single 8‐minute laser stimulation as described here. Schiffer et al. 44) reported psychological benefits at 2 and 4 weeks after a single treatment in patients with anxiety and depression. Light power density (0.25 W/cm2) and energy density (60 J/cm2) used in these two studies were the same, but Schiffer et al. 45) used 810‐nm LEDs instead of 1,064‐nm laser. Naeser et al. 46) used similar LEDs in patients with mild traumatic brain injury for 18 treatments (three treatments per week for 6 weeks), and measured cognitive performance after one week, and 1 and 2 months after the 18th treatment. They found a significant linear trend for the effect of LED treatment over time for various cognitive tests. While these pioneering studies are promising, there are no placebo‐controlled human studies investigating long‐term neuronal or cognitive effects after single or repeated transcranial photobiomodulation treatments. 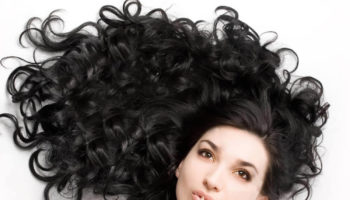