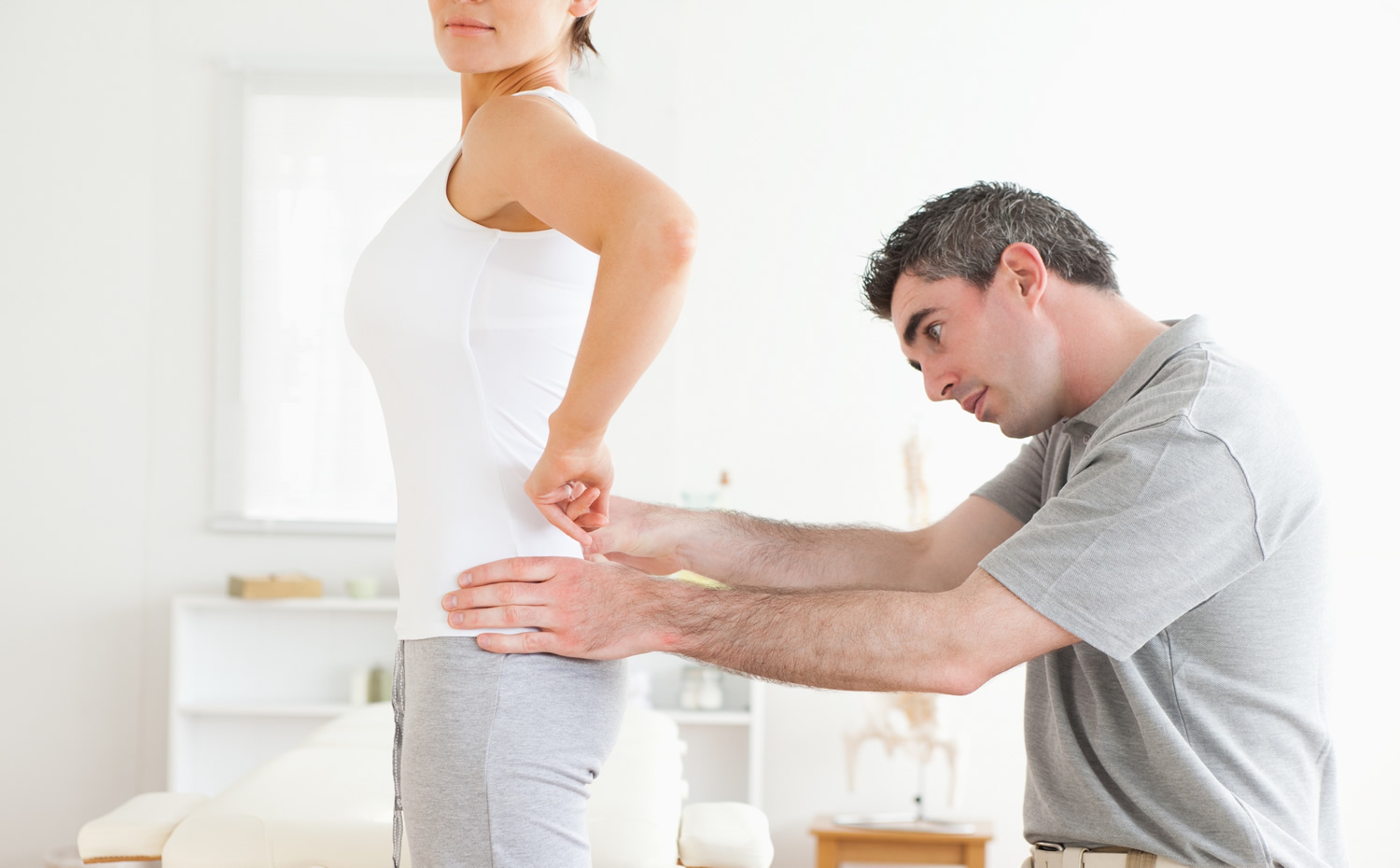 What is the Alexander technique

The Alexander technique is a taught self-care method that helps people enhance their control of reaction and improve their way of going about everyday activities 1). Alexander technique uses enhanced kinesthetic awareness and voluntary inhibition to prevent non-beneficial movement patterns 2). The primary focus is put on the relationship between head, neck and back as crucial in effecting an overall integrated pattern of coordinated behavior. Through this conscious re-education of thinking and moving unnecessary muscle tension is released, which leads to more ease in movement and breathing and a better coordinated “use” (technical Alexander technique term describing the manner in which a person moves and behaves). Alexander technique is usually taught one-to-one by licensed teachers and combines verbal instructions with hands-on guidance. The psychophysical connection through hands-on work is specific for Alexander technique and distinguishes it from bodywork techniques.

Alexander technique has been defined as “lessons in proprioceptive musculoskeletal education (without exercises)” but can be more simply described as a type of taught therapy involving a series of movements designed to correct posture and bring the body into natural alignment with the object of helping it to function efficiently 3) and is reported to aid relaxation 4). At the end of the 19th century the Australian actor Frederick Matthias Alexander developed this technique in order to improve his voice 5). The Alexander technique increases your awareness of body position and movement, eliminating bad habits of posture, muscle tension and movement. The Alexander technique is a ‘re-education’ method rather than a therapy, and practitioners call themselves teachers.

The main principles of the Alexander technique are:

Teachers of the Alexander technique say that conditions such as backache and other sorts of long-term pain are often the result of misusing your body over a long period of time, such as moving inefficiently and standing or sitting with your weight unevenly distributed.

The aim of the Alexander technique is to help you “unlearn” these bad habits and achieve a balanced, more naturally aligned body.

According to n Alexander Technique website 6) – “the Alexander Technique is a skill for self-development teaching you to change long-standing habits that cause unnecessary tension in everything you do.” The chief principle underlying Alexander technique can be expressed as: “use affects functioning.” By this reasoning, it can also be said that mis-use results in dysfunction. Alexander technique sets out to “re-educate” the body to a state of liberated capacity for movement and uninhibited, efficient respiration. Because results of Alexander technique training include, in many cases, the decrease of stress and its documented constricting effects on thoracic function, it is argued those who suffer from illnesses which have emotional or stress-related components also stand to gain particular benefits from Alexander technique 7).

Everyday things like tensing when the phone rings, rushing to pick up the children from school or worrying about deadlines lead to physical and mental strain. Over the years, this accumulates and can cause illness, injury or common aches and pains that may seem to come from nowhere. Working with your Alexander Technique teacher, you will learn to recognize your usual reactions to the stresses of life. You will find out how you have been contributing to your problems, how to prevent them and regain control.

The Alexander Technique is a taught self-care method that helps people enhance their control of reaction and improve their way of going about everyday activities. It is usually taught through one-to-one practical lessons involving integrated didactic and hands-on implicit guidance, that enable people to reduce habits associated with musculoskeletal pain 8). Applying the Alexander Technique in daily life is associated with improved postural tone, balance, coordination and motor control 9), whilst health benefits include long-term improvements in chronic low-back pain 10). Alexander Technique lessons have been found in a recent trial to be beneficial for people with chronic neck pain at 12 months, however the cost-effectiveness of this intervention is unknown 11).

Alexander technique lessons stimulate your ability to learn simultaneously on different levels; physically, intellectually and emotionally. You learn to recognize your harmful habits, how to stop and think, and to choose a better response. Gradually you learn to apply your new understanding and skill in everyday activities and more complex ones, to bring awareness and poise into everything you do. You learn to become aware of, and then gradually strip away, the habits of movement, tension and reaction that interfere with natural and healthy coordination. Just like riding a bike, once learned, the Alexander technique stays with you for life 12).

The Alexander technique teaches you the skilful ”use of the self”, i.e. how you use yourself when moving, resting, breathing, learning, organizing your awareness and focus of attention and, above all, choosing your reactions to increasingly demanding situations.

While Alexander technique is a taught discipline and requires practice, it does not involve physical exercise as the term is generally understood. Leading practitioners of Alexander technique such as the late Dr Wilfred Barlow have maintained that this is particularly important to remember in the case of sufferers from breathing disorders who emphatically do not require, in his words, “breathing exercises” but instead, “breathing education” 13).

Austin 1992 15) reported benefit in a group of ten healthy subjects who received 20 private Alexander technique lessons at weekly intervals, as against a matched control group who received no treatment and showed no significant changes in respiratory function.
There was a significant increase in:

Calls for empirical studies of Alexander technique have been made by those with an interest in voice disorders following anecdotal reports of its beneficial effects 16) and these too are suggestive of possible benefits to those who suffer from asthma. Calls for randomized controlled trials in the area of pulmonary/respiratory function and other areas have yet to be heard although progress is being made in other areas, e.g. a planned trial in Parkinsons disease 17). However, the currently available evidence is insufficient to assess the potential for Alexander technique in the treatment of asthma.

Proponents of the Alexander technique often claim it can help people with a wide range of health conditions. Some of these claims are supported by scientific evidence, but some have not yet been properly tested.

There’s evidence suggesting the Alexander technique can help people with:

If you have one of these conditions and are considering trying the Alexander technique, it’s a good idea to speak to your doctor or specialist first to check if it might be suitable for you.

Some research has also suggested the Alexander technique may improve general long-term pain, stammering and balance skills in elderly people to help them avoid falls. But the evidence in these areas is limited and more studies are needed.

For most people, Alexander technique lessons are safe and pose no health risks. No manipulation of your body is involved, just gentle touch.

However, the technique may not be suitable for certain people, such as those with:

In such cases, specialist medical treatment will be needed.

It’s important to remember that most teachers of the Alexander technique aren’t medical professionals. They do not diagnose, offer advice on or treat conditions that should be managed by a suitably qualified mainstream healthcare professional.

Alexander technique back and neck pain

Neck and back pain together now represent the leading cause of disability in all high income countries, and globally for the 25–64 year age group 22). Chronic neck pain is regarded as often complex in origin and nature and particularly difficult to manage 23). Furthermore, the challenge of chronic neck pain is likely to grow due to increasing computer and mobile technology use, with recognized consequences such as ‘text neck’ 24).

A randomized controlled trial 25) designed to examine the effectiveness of the Alexander technique, massage, exercise advice, and behavioral counseling for chronic and recurrent low back pain. The Alexander technique involves assessment of the individual’s normal posture and movements, aiming to release tension from the head, neck and spine, and improve musculoskeletal use when seated and moving. Sixty-four general practitioners surgeries from the south and west of England were recruited to the study. From each surgery a random selection of patients (aged 18 to 65) with chronic or recurrent back pain were invited to participate. Participants had presented to the surgery with back pain more than three months previously (this criteria excluded acute presentations), were suffering pain for three or more weeks and scored above four on the Roland disability scale (number of activities impaired by pain). Patients indicate the number of specified activities or functions limited by back pain (for example, getting out of the house less often, walking more slowly than usual, not doing usual jobs around the house) 26). The Roland disability scale is designed for self report and has good validation characteristics 27). The second primary outcome measure was number of days in pain during the past four weeks (a four week period facilitated recall): this is distinct from intensity of pain or disability 28). The researchers excluded anyone with potential spinal disease, a previous spinal surgery, nerve root pain in the leg, alcohol abuse, a history of psychosis, unable to walk 100m, or who had previous experience in the Alexander technique.

People from each surgery (total of 579) were randomly allocated to one of eight treatment groups (average 72 in each group). Four of the groups were instructed to do extra exercise (doctor prescription of exercises and nurse-led behavioral counseling) along with one of the following treatments: normal care, six sessions of therapeutic massage, six lessons in the Alexander technique, or 24 lessons in the Alexander technique. The other four groups had the same treatments but with no added exercise.

A total of 152 Alexander technique teachers and therapists were involved in educating and carrying out the techniques. People were assessed by postal questionnaire at start of the study, three months, and one year after they had been allocated a treatment. The main outcome that the researchers examined was disability, assessed using the Roland Morris questionnaire and covering issues such as types of activities limited by pain. They also looked at other outcomes of quality of life and other back pain and disability scales.

What were the results of the study?

Of the 579 people who were allocated a group and completed the questionnaire at the beginning of the study, 80% of the study sample (463) completed the one-year follow-up. When they first enrolled in the study, the characteristics of the participants were similar across all treatment groups and the majority had chronic back pain, experiencing 90 or more days of pain over the past year.

What interpretations did the researchers draw from these results?

This well conducted randomized trial has strengths in that it involved a large number of participants with a sample size large enough to assess meaningful differences in the measured outcomes for each of the different treatments. It also followed the majority of these participants across the one year period. The study demonstrates the effectiveness of the Alexander technique, with and without exercise, in reducing disability score on a recognized scale.

A few points to consider:

Low back pain is a highly prevalent condition in the US with many adults suffering at some point in their lives, some of whom experience recurrent problems. It can also be highly disabling, cause significant work loss, and reduced quality of life for the individual. It is now well known that remaining active, rather than bed rest, is the best approach to back pain. However, there has been conflicting evidence on the effectiveness of posture or exercise education. These new findings are likely to promote further research into the benefits and possible limitations of the Alexander technique, the people for whom it would be most suitable, and the best approach to instructing sufferers.

If you’re thinking about trying the Alexander technique, it’s important to choose a teacher who’s experienced and qualified.

There aren’t currently any laws or regulations stating what training someone must have to teach the Alexander technique. Professional organizations offer courses (often for three years) and membership upon successful completion of the course.