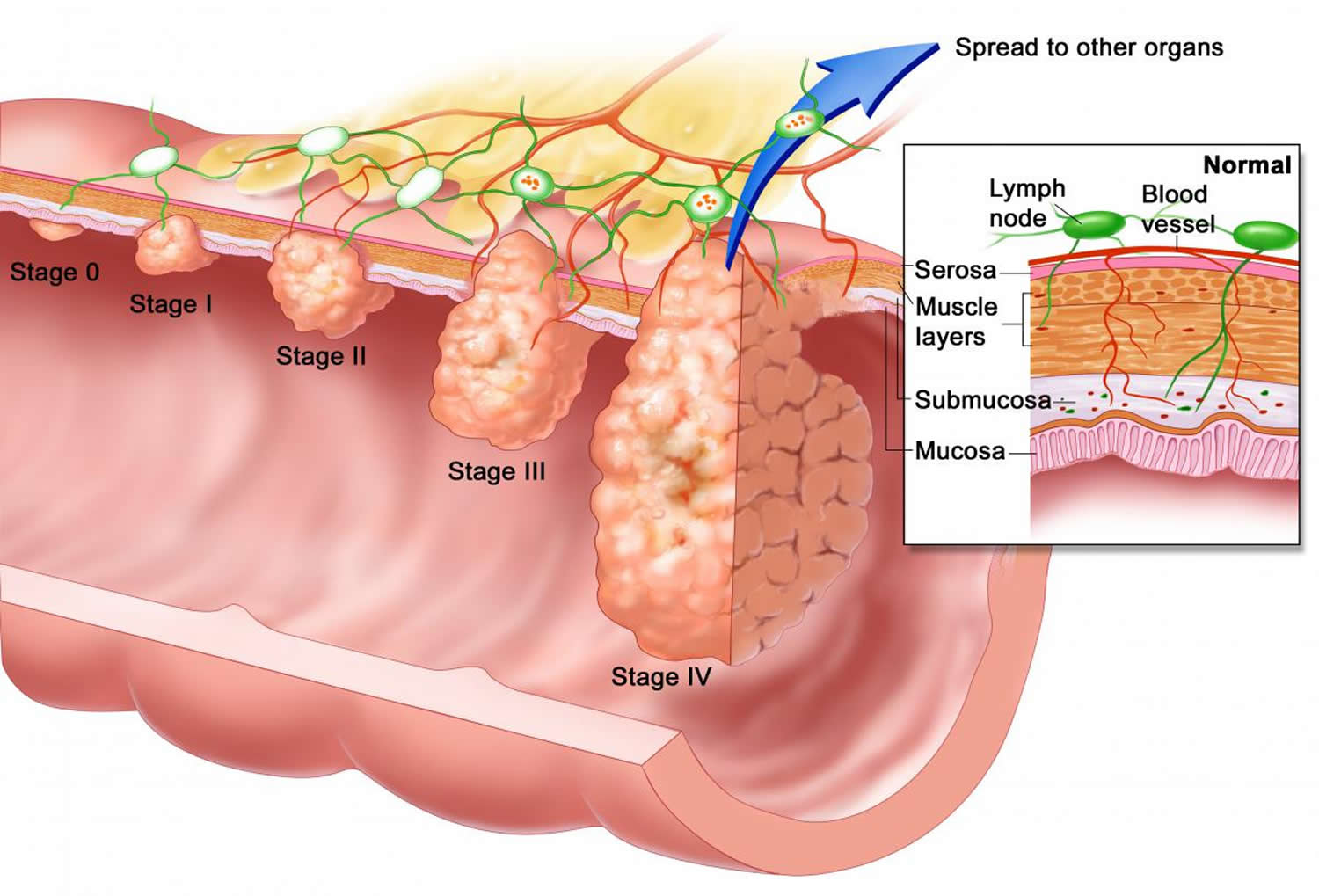 The anus is is the continuation of the large intestine inferior to the rectum. It’s where the end of the intestines connect to the outside of the body.

As food is digested, it passes from the stomach to the small intestine. It then moves from the small intestine into the main part of the large intestine (called the colon). The colon absorbs water and salt from the digested food. The waste matter that’s left after going through the colon is known as feces or stool. Stool is stored in the last part of the large intestine, called the rectum. From there, stool is passed out of the body through the anus as a bowel movement. 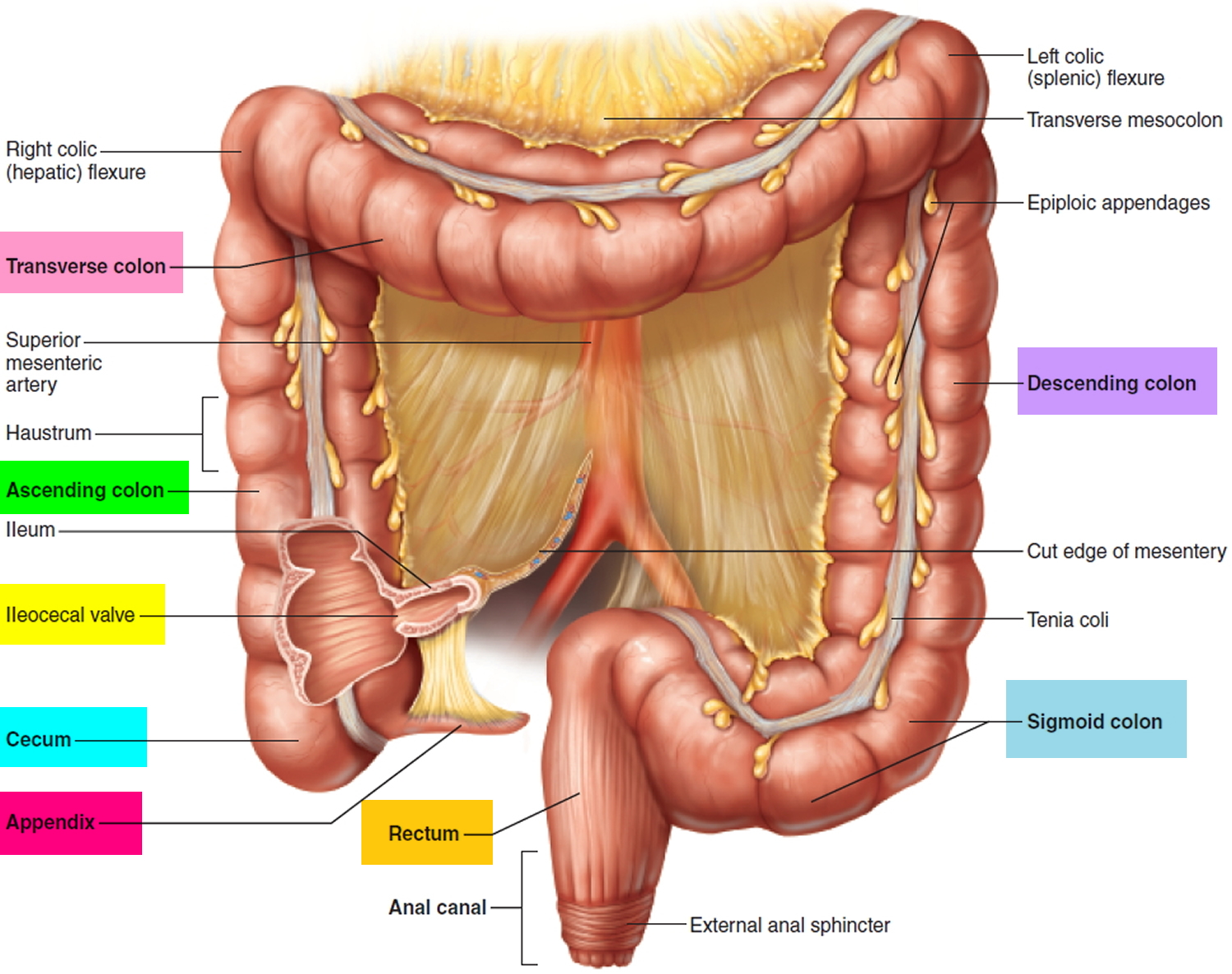 Sometimes abnormal cells on the inner surface layer of the anus look like cancer cells but have not grown into any of the deeper layers. This is known as carcinoma in situ or CIS. Another name for this is Bowen disease.

HPV makes proteins (E6 and E7) that can shut down 2 important tumor suppressor proteins in normal cells. These proteins – p53 and Rb – normally work to keep cells from growing out of control. When these proteins are not active, cells are more likely to become cancerous.

HPV is passed from one person to another during skin-to-skin contact with an infected area of the body. HPV can be spread during sexual activity – including vaginal, anal, and oral sex – but sex doesn’t have to occur for the infection to spread. All that’s needed is for there to be skin-to-skin contact with an area of the body infected with HPV. The virus can be spread through genital-to-genital contact, or even hand-to-genital contact. An HPV infection can also spread from one part of the body to another. For example, an HPV infection might start in the genitals and then spread to the anus.

These vaccines can only be used to help prevent HPV infection – they do not help treat an existing infection. To work best, the vaccine should be given before a person becomes sexually active.

Condoms may provide some protection against HPV (and HIV), but they don’t prevent infection completely.

Condom use is also important because it can help protect against AIDS and other sexually transmitted illnesses that can be passed on through some body fluids.

Screening in people at high risk

For anoscopy the doctor uses a short, hollow tube called an anoscope. It’s 3 to 4 inches long and about 1 inch in diameter and may have a light on the end of it. The doctor coats the anoscope with a lubricant and then gently pushes it into the anus and rectum. By shining a light into this tube, the doctor has a clear view of the lining of the lower rectum and anus. This exam usually doesn’t hurt.

The rigid proctosigmoidoscope is a lot like an anoscope, except that it’s longer (about 10 inches long). It lets the doctor see the rectum and the lower part of the sigmoid colon. You might need to take laxatives or have an enema before this test to make sure your bowels are empty.

Ultrasound uses sound waves to make pictures of internal organs or masses. This test can be used to see how deep the cancer has grown into the tissues near the anus.

A doctor called a pathologist will look at the tissue sample under a microscope. If cancer is present, the pathologist will send back a report describing the cell type and extent of the cancer.

There are many different ways to do a biopsy. A type called fine-needle aspiration (FNA) is often used to check lymph nodes that might have cancer in them. To do this, a small sample of fluid and tissue is taken out of the lymph node using a thin, hollow needle. A pathologist checks this fluid for cancer cells. If cancer is found in a lymph node, surgery may be done to remove the lymph nodes in that area.

Determining the extent of the cancer

Instead of taking one picture, like a standard x-ray, a CT scanner takes many pictures as it rotates around you. A computer then combines these into an image of a slice of your body.

CT-guided needle biopsy: CT scans can also be used to guide a biopsy needle right into a change that could be cancer. To do this, you stay on the CT scanning table while the doctor moves a biopsy needle through your skin and toward the tumor. CT scans are repeated until the needle is in the tumor. A biopsy sample is then taken out and sent to a lab to be looked at under a microscope.

MRI scans use radio waves and strong magnets instead of x-rays. The energy from the radio waves is absorbed by the body and then released in a specific pattern formed by the type of tissue and by certain diseases. A computer translates the pattern into detailed images of parts of the body.

This test is sometimes used to see if nearby lymph nodes are enlarged, which might be a sign the cancer has spread there.

A regular x-ray might be done to find out if the cancer has spread to the lungs. It isn’t needed if a CT scan of the chest is done.

For a PET scan, a form of radioactive sugar (known as fluorodeoxyglucose or FDG) is injected into your blood. Cancer cells are very active, so they absorb large amounts of the radioactive sugar. After about an hour, you’ll be moved onto a table in the PET scanner. A special camera creates pictures of areas where the radioactivity has collected. The picture is not finely detailed like a CT or MRI scan, but it provides helpful information about your whole body.

Often a PET scan is done in a machine that can do a CT scan at the same time (a PET/CT scan). It lets the doctor compare areas of higher radioactivity on the PET scan with the more detailed image of that area on the CT scan.

The cancer staging system continues to evolve and is becoming more complex as doctors improve cancer diagnosis and treatment. Your doctor uses your cancer stage to select the treatments that are right for you.

Numbers or letters after T, N, and M provide more details about each of these factors. Higher numbers mean the cancer is more advanced. Once a person’s T, N, and M categories have been determined, this information is combined in a process called stage grouping to assign an overall stage.

Cancer staging can be complex, so ask your doctor to explain it to you in a way you understand.

*The following additional categories are not listed on the table above:

Survival rates tell you what percentage of people with the same type and stage of cancer are still alive a certain length of time (usually 5 years) after they were diagnosed.

Remember, survival rates are estimates – your outlook can vary based on a number of factors specific to you.

Survival rates are often based on previous outcomes of large numbers of people who had the disease, but they can’t predict what will happen in any particular person’s case.

Your treatment options depend on many factors. The location, type, and the stage (extent of spread) of the tumor are important. In choosing your treatment plan, you and your cancer care team will also take into account your age, your overall health, and your personal preferences.

In cases where the cancer has spread and can’t be cured, chemotherapy alone may be considered to help relieve symptoms. This is known as palliative care.

The main treatments are described in more detail below.

Chemoradiation is a treatment that combines chemotherapy (cancer-killing medication) and radiotherapy (where radiation is used to kill cancer cells).

In many cases, part of the chemotherapy is delivered through a small tube called a peripherally inserted central catheter in your arm, which can stay in place until your treatment has finished.

The tube means you don’t need to stay in hospital during each of the cycles of chemotherapy. However, you’ll be attached to a small plastic pump, which you take home with you.

Though combining chemotherapy and radiation increases the effectiveness of the two treatments, it also makes side effects more likely. Discuss with your doctor what side effects to expect.

Both chemotherapy and radiotherapy often cause significant side effects, including:

These side effects are usually temporary, but there’s also a risk of longer-term problems, such as infertility.

If you’re concerned about the potential side effects of treatment, you should discuss this with your care team before treatment begins.

Other possible long-term side effects can include:

Tell your doctor if you develop any of these symptoms so they can be investigated and treated.

If the tumor is very small and clearly defined, it may be cut out during a procedure called a local excision. This is a relatively simple procedure, carried out under general anesthetic, that usually only requires a stay in hospital of a few days.

Palliative care is specialized medical care that focuses on providing relief from pain and other symptoms of a serious illness. Palliative care specialists work with you, your family and your other doctors to provide an extra layer of support that complements your ongoing care. Palliative care can be used while undergoing other aggressive treatments, such as surgery, chemotherapy or radiation therapy.

When palliative care is used along with all of the other appropriate treatments, people with cancer may feel better and live longer.

Palliative care is provided by a team of doctors, nurses and other specially trained professionals. Palliative care teams aim to improve the quality of life for people with cancer and their families. This form of care is offered alongside curative or other treatments you may be receiving.

A cancer diagnosis can be overwhelming and frightening. You can help yourself to feel more in control by taking an active role in your health care. To help you cope, try to:

Find someone to talk with. Find a good listener with whom you can talk about your hopes and fears. This may be a friend or family member. The concern and understanding of a counselor, medical social worker, clergy member or cancer support group also may be helpful.

Ask your doctor about support groups in your area. Or check your phone book, library or a cancer organization, such as the National Cancer Institute or the American Cancer Society.