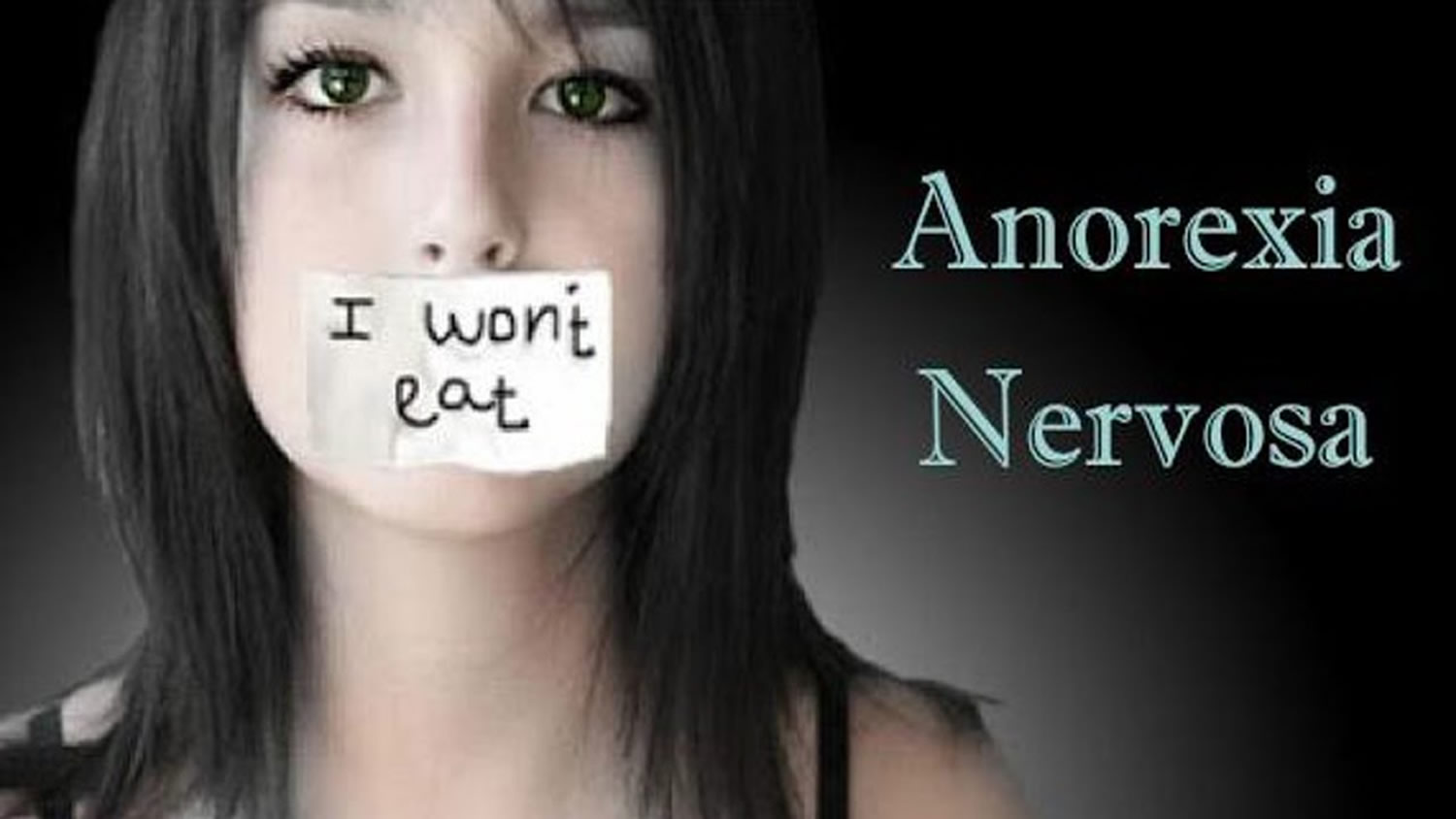 What is anorexia nervosa

Anorexia nervosa, often referred to simply as anorexia, is an eating disorder characterized by a low weight, fear of gaining weight, a strong desire to be thin and food restriction 1). Many people with anorexia nervosa see themselves as overweight, even when they are clearly underweight. Eating, food and weight control become obsessions. Many people with anorexia restrict their food intake by dieting, fasting, or excessive exercise. They hardly eat at all — and the small amount of food they do eat becomes an obsession in terms of calorie counting or trying to eat as little as possible.

Some people with anorexia also may engage in binge eating and purging — eating a lot of food and then trying to get rid of the calories by making themselves throw up, using some type of medication or laxatives, diuretics, or enemas or exercising excessively, or some combination of these.

There are two subtypes of anorexia nervosa:

Many people move back and forth between subtypes during the course of their illness.

Anorexia nervosa affects mainly adolescent girls and young women and is up to ten times more common in women than in men 2).

The major weight loss strategies observed in individuals with anorexia nervosa include:

Some who have anorexia nervosa recover with treatment after only one episode. Others get well but have relapses. Still others have a more chronic, or long-lasting, form of anorexia nervosa, in which their health declines as they battle the illness.

In addition, individuals with anorexia often produce excessive amounts of the adrenal hormone cortisol, which is known to trigger bone loss. Other problems, such as a decrease in the production of growth hormone and other growth factors, low body weight (apart from the estrogen loss it causes), calcium deficiency, and malnutrition, may contribute to bone loss in girls and women with anorexia. Weight loss, restricted dietary intake, and testosterone deficiency may be responsible for the low bone density found in males with the disorder.

Studies suggest that low bone mass is common in people with anorexia and that it occurs early in the course of the disease. Girls with anorexia may be less likely to reach their peak bone density and therefore may be at increased risk for osteoporosis and fracture throughout life.

Eating disorders affect millions of people from all walks of life, currently the Centers for Disease Control and Prevention has no statistics, but according to the Harvard School of Public Health, eating disorder affects somewhere close to 4% of the U.S. population 3). They affect men and women, people of all gender identities, all race and ethnicity groups, all income groups, and people across the country.

The point prevalence for strictly defined anorexia nervosa is around 0.9% in young females and around 0.3% in adult females 4). Prevalence rates in males have not been well studied, but research indicates that for every 10 to 12 females diagnosed with the disorder, there is at least one male 5).

According to the Harvard School of Public Health around 30 million Americans will be affected by eating disorders in their lifetime and probably double or triple that are affected by what might be called sub-clinical eating disorders, which doesn’t mean they’re not potentially just as harmful, but they just may not reach all the criteria to get a psychiatric diagnosis 6).

Eating disorders are more than just going on a diet to lose weight or trying to exercise every day. They represent extremes in eating behavior and ways of thinking about eating — the diet that never ends and gradually gets more restrictive, for example. Or the person who can’t go out with friends because he or she thinks it’s more important to go running to work off a snack eaten earlier.

Risk factors for anorexia include:

Anorexia often begins during the pre-teen or teen years or young adulthood 9). It is more common in females, but may also be seen in males.

Symptoms of anorexia nervosa include:

People with anorexia may severely limit the amount of food they eat. Or they eat and then make themselves throw up. Other behaviors include:

Other symptoms and medical complications may develop over time, including:

The biggest challenge in treating anorexia nervosa is helping the person recognize that they have an illness. Most people with anorexia deny that they have an eating disorder. They often seek treatment only when their condition is serious.

Goals of treatment are to restore normal body weight and eating habits. A weight gain of 1 to 3 pounds (lb) or 0.5 to 1.5 kilograms (kg) per week is considered a safe goal.

Different programs have been designed to treat anorexia. These may include any of the following measures:

To start, a short hospital stay may be recommended. This is followed by a day treatment program.

A longer hospital stay may be needed if:

Care providers who are usually involved in these programs include:

Treatment is often very difficult. People and their families must work hard. Many therapies may be tried until the disorder is under control.

People may drop out of programs if they have unrealistic hopes of being “cured” with therapy alone.

Different kinds of talk therapy are used to treat people with anorexia:

Medicines such as antidepressants, antipsychotics, and mood stabilizers may help some people when given as part of a complete treatment program. These medicines can help treat depression or anxiety. Although medicines may help, none has been proven to decrease the desire to lose weight.

The stress of illness can be eased by joining a support group. Sharing with others who have common experiences and problems can help you not feel alone.

The focus of structural family therapy 10) centers on individual physiological vulnerability, dysfunctional transactional styles and the role the sick child plays in facilitating conflict avoidance. A second approach, derived from structural therapy, is systems therapy, including Milan and Post-Milan family therapy. This approach attempts to elicit changes in the family dynamic by presenting information that encourages family members to reflect on their own behaviour within the family dynamic 11). In these approaches the family is not included in the therapy process until after weight restoration has been achieved 12).

Rather than considering the impact of the family dynamic on the onset of the illness, strategic family therapy acknowledges the effect of the illness on all family members and focuses on inducing change in the eating disorder symptoms. This is often achieved through highlighting paradoxical intentions of family members 13). Like strategic family therapy, the Maudsley model, termed family based therapy, disregards the notion that the family dynamic is a direct causative agent in the pathogenesis of the disorder 14). It emphasises behavioural recovery, rather than insight or understanding, and empowers family members to support the recovery of their child in the home setting. Families are helped to manage the eating behaviours of their child by providing education about anorexia nervosa, encouraging parents to generate strategies for increasing food intake and limiting physical activity. Emphasis is also placed on applying these strategies consistently and calmly 15). There are three principal phases to the treatment process. In the first phase, the principal focus is on refeeding and weight gain. This is achieved by placing responsibility for the child’s eating patterns in the hands of the parents and emphasising the adolescent’s inability to control his or her eating patterns due to the effects of starvation. The second phase focuses on problem-solving regarding family and psychological issues that interfere with refeeding. The final phase centers around more general family and psychological issues, particularly those related to increasing autonomy for the adolescent and family boundaries. This is generally achieved through working with the adolescent and family members in joint family therapy sessions. More recent studies have investigated the efficacy of implementing this therapy in sessions where the patient is seen separately from their parents (termed separated family based therapy) 16). When implemented with adult patients, parents are not encouraged to take control of the patients’ eating behaviour in the same way as when working with younger patients.

A further therapy described in the literature, behavioral family systems therapy, has a number of similarities with the family based therapy described above. Behavioral family systems therapy also has three stages to treatment, which are highly similar in nature to those utilized in family based therapy 17). The major principles of this therapy include the acknowledgment that the adolescent lacks control over their weight and eating habits, work to address cognitive distortions and problems with the family structure, as well as work to overcome cognitive distortions of the patient, and in later stages, to promote autonomy 18).

In addition to these formally described family therapy interventions, families are involved in other treatment approaches that support the recovery of the affected family member. This involvement may take various forms, and while not necessarily having such a well described theoretical underpinning, may also have an important influence on recovery.

Anorexia is a serious condition that can be life threatening. Treatment programs can help people with the condition return to a normal weight. But it is common for the disease to return.

Women who develop this eating disorder at an early age have a better chance of recovering completely. Most people with anorexia will continue to prefer a lower body weight and be very focused on food and calories.

Weight management may be hard. Long-term treatment may be needed to stay at a healthy weight.

Anorexia can be dangerous. It may lead to serious health problems over time, including: