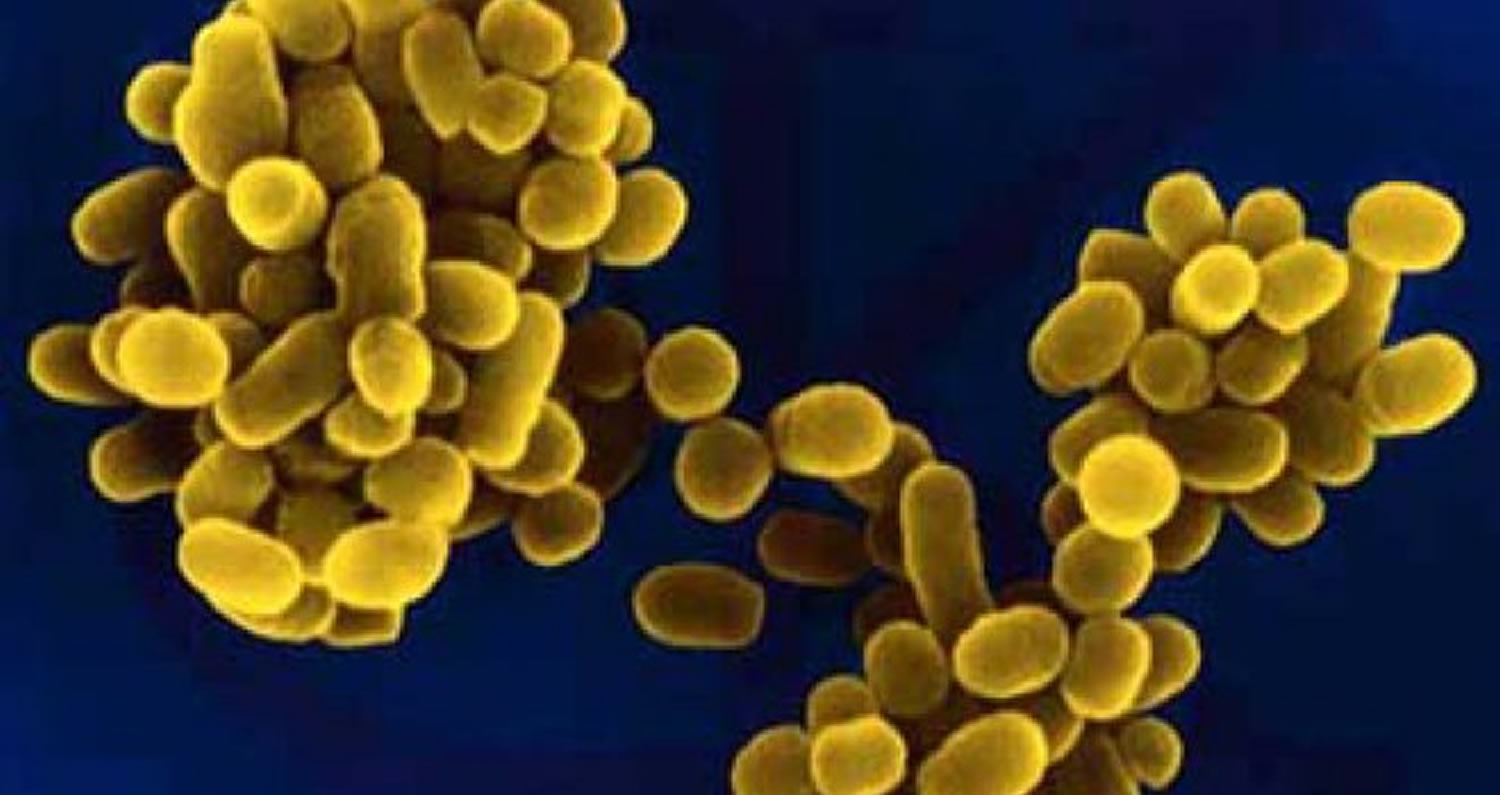 Brucellosis is an infectious disease caused by the Brucella bacteria (gram-negative non spore-forming aerobic facultative intracellular bacteria) that spreads from animals to people — most often via unpasteurized milk, cheese and other dairy products. It’s extremely rare in the US. Fewer than 100 new cases are reported each year in the United States. These are thought to be brought into this country from areas where the infection is present (endemic) or they may be related to the consumption of unpasteurized cow and goat milk. While brucellosis is uncommon in the United States, the disease affects hundreds of thousands of people and animals worldwide. Around the world, approximately 500,000 cases of brucellosis in humans are reported to the World Health Organization (WHO) each year. As an infection in livestock, brucellosis occurs worldwide, and domestic livestock is the major source of human infection in parts of the world where livestock is not routinely vaccinated. It is most common in Russia, Africa, South America, and the Middle East.

Although brucellosis can be found worldwide, it is more common in countries that do not have effective public health and domestic animal health programs. Areas currently listed as high risk are:

More rarely, the bacteria that cause brucellosis can spread through the air or through direct contact with infected animals or animal products contaminated with the bacteria. Animals that are most commonly infected include sheep, cattle, goats, pigs, and dogs, among others.

How you catch brucellosis

Brucellosis is mainly caught by:

You can also catch brucellosis from eating raw or undercooked meat, or from contact with bodily fluids of farm animals such as cows, goats, sheep and pigs. But this is rare.

US farm animals are usually vaccinated against the bacteria, but this may not be the case in other countries.

It’s very rare to catch brucellosis from other people.

Symptoms of brucellosis may show up anytime from a few days to a few months after you’re infected. Signs and symptoms are similar to those of the flu and include:

Brucellosis infection can usually be treated successfully with a course of antibiotics for at least 6 weeks. It’s important to finish your course even if you start to feel better. Treatment takes several weeks to months, however, and relapses are common.

If the illness is not treated or comes back, you could have serious problems in your bones, joints, or heart.

Brucellosis does not kill people often, but it can happen. So, be sure to take all of the antibiotics as prescribed by your doctor. This will help prevent the illness from coming back and keep you safe and healthy.

Depending on the timing of treatment and severity of brucellosis, recovery may take a few weeks to several months. Death from brucellosis is rare, occurring in no more than 2% of all cases.

Brucellosis affects many wild and domestic animals. Cattle, goats, sheep, pigs, dogs, camels, wild boar and reindeer are especially prone to the disease. A form of brucellosis also affects harbor seals, porpoises and certain whales. The bacteria may be spread from animals to people in three main ways:

Raw dairy products. Brucella bacteria in the milk of infected animals can spread to humans in unpasteurized milk, ice cream, butter and cheeses. The bacteria can also be transmitted in raw or undercooked meat from infected animals.
Inhalation. Brucella bacteria spread easily in the air. Farmers, laboratory technicians and slaughterhouse workers can inhale the bacteria.
Direct contact. Bacteria in the blood, semen or placenta of an infected animal can enter your bloodstream through a cut or other wound. Because normal contact with animals — touching, brushing or playing — doesn’t cause infection, people rarely get brucellosis from their pets. Even so, people with weakened immune systems should avoid handling dogs known to have the disease.

Brucellosis normally doesn’t spread from person to person, but in a few cases, women have passed the disease to their infants during birth or through their breast milk. Rarely, brucellosis may spread through sexual activity or through contaminated blood or bone marrow transfusions.

Risk factors for getting brucellosis

Brucellosis is very rare in the United States. Other parts of the world have much higher rates of brucellosis infection, especially:

People who work with animals or come into contact with infected blood are at higher risk of brucellosis. Examples include:

Person-to-person spread of brucellosis is extremely rare. Infected mothers who are breast-feeding may transmit the infection to their infants. Sexual transmission has been rarely reported. While uncommon, transmission may also occur via tissue transplantation or blood transfusions.

The most common way to be infected is by eating or drinking unpasteurized/raw dairy products. When sheep, goats, cows, or camels are infected, their milk becomes contaminated with the bacteria.

If the milk from infected animals is not pasteurized, the infection will be transmitted to people who consume the milk and/or cheese products.

Breathing in the bacteria that cause brucellosis (inhalation)

Breathing in the bacteria that causes brucellosis may also lead to infection. This risk is generally greater for people in laboratories that work with the bacteria. In addition, slaughterhouse and meat-packing employees have also been known to be exposed to the bacteria and ultimately become infected.

Bacteria entering the body through skin wounds or mucous membranes

Bacteria can also enter wounds in the skin/mucous membranes through contact with infected animals.

This poses a problem for workers who have close contact with animals or animal excretions (newborn animals, fetuses, and excretions that may result from birth). Such workers may include:

People who hunt animals may also be at risk. When they are in contact with infected animals, exposure to the bacteria may occur through:

Animals that can put hunters at risk

Many animals can have brucellosis. If you hunt particular animals, such as those listed below, you may face an increased risk of getting the disease. When an animal gets infected with the bacteria that cause brucellosis, it can carry the bacteria for life and can pass the disease on to other animals and humans.

Hunting wild hogs is a popular sport among hunters. Since wild hogs destroy farmland and crops and compete with native wildlife for food, wildlife agencies support their hunting to control the animal population size.

Other game animals that can have brucellosis in North America are:

How you can get brucellosis from animals

You can get sick if blood, fluid, or tissue from an infected animal comes in contact with your eyes, nose, mouth, or skin.
This can happen when you are involved in hunting-related activities such as:

It may take anywhere from a week up to a month after coming into contact with the infected animal for you to start feeling sick.

See a doctor right away if you experience these signs and symptoms. Be sure to tell your doctor about your contact with wild animals, especially wild hogs, moose, elk, and bison. Your doctor can test your blood for brucellosis.

If the test confirms brucellosis, your doctor will prescribe you antibiotics. These are drugs that can stop the infection. You usually need to take them for 6 weeks or longer.

To reduce the risk of getting brucellosis, take these precautions:

When you are hunting wild animals (especially wild hogs, elk, moose, or bison), avoid all contact with visibly ill animals or those found dead. Be sure to practice safe field dressing techniques, since it is still possible for animals that appear healthy to have brucellosis.

Safe field dressing can help keep you from getting brucellosis. So, be sure to:

Brucellosis can cause of range of signs and symptoms, some of which may present for prolonged periods of time.

Incubation period is usually 2–4 weeks (range, 5 days to 5 months). Initial presentation is nonspecific, including fever, muscle aches, fatigue, headache, and night sweats. Focal infections are common and can affect most organs in the body.

Initial symptoms can include:

Some signs and symptoms may persist for longer periods of time. Others may never go away or reoccur.

Brucellosis symptoms may disappear for weeks or months and then return. In some people, brucellosis becomes chronic, with symptoms persisting for years, even after treatment. Long-term signs and symptoms may include fatigue, recurrent fevers, arthritis, swelling of the heart (endocarditis) and spondylitis — an inflammatory arthritis that affects the spine and adjacent joints.

Brucellosis can affect almost any part of your body, including your reproductive system, liver, heart and central nervous system. Chronic brucellosis may cause complications in just one organ or throughout your body.

Doctors usually confirm a diagnosis of brucellosis by testing a sample of blood or bone marrow for the brucella bacteria or by testing blood for antibodies to the bacteria. To help detect complications of brucellosis, you may have additional tests, including:

Blood culture is the diagnostic gold standard, but is not always positive. If culture of blood, bone marrow, or other clinical specimen is performed, the laboratory must be informed that Brucella is suspected, as the culture takes longer to grow and laboratory personnel require additional personnel protective equipment when handling cultures. A serum agglutination test is the most common serologic approach, but other serology assays (including ELISA) and PCR have been used to make a diagnosis. Brucellosis is a nationally notifiable disease.

Treatment for brucellosis aims to relieve symptoms, prevent a relapse of the disease and avoid complications. You’ll need to take antibiotics for at least six weeks, and your symptoms may not go away completely for several months. The disease can also return and may become chronic.

Doxycycline, rifampin, trimethoprim-sulfamethoxazole, fluoroquinolones, aminoglycosides, and other agents have been used in various combinations for a minimum of 6–8 weeks. If bacteria localize in organs and tissues and cause focal infection, surgical drainage could be indicated. Late diagnosis or inappropriate therapy can result in chronic disease or relapse. Death from brucellosis is rare, occurring in no more than 2% of all cases.

Generally, the antibiotics doxycycline and rifampin are recommended in combination for a minimum of 6-8 weeks. Let your doctor know if you are:

There is debate in the medical literature as to which is the more effective combination therapy. If serious complications develop, such as acute inflammation of either the membranes that line the brain (meningitis) or the lining of the heart (endocarditis), rifampin may be added to the combination of trimethoprim/sulfamethoxazole. People with endocarditis associated with brucellosis generally require heart valve replacement in addition to antibiotic therapy. Other treatment is symptomatic and supportive.

Less than 10 percent of people with brucellosis experience a relapse of the disease after antibiotic treatment. Steroid medications (e.g., prednisone) may be administered to those affected individuals who have severe symptoms associated with the release of toxins into the blood (toxemia). Severe pain, especially in the spine, may require pain management with drugs such as codeine.

People with acute brucellosis should restrict their daily activity to avoid fatigue. Complete bed rest is recommended during periods of fever.