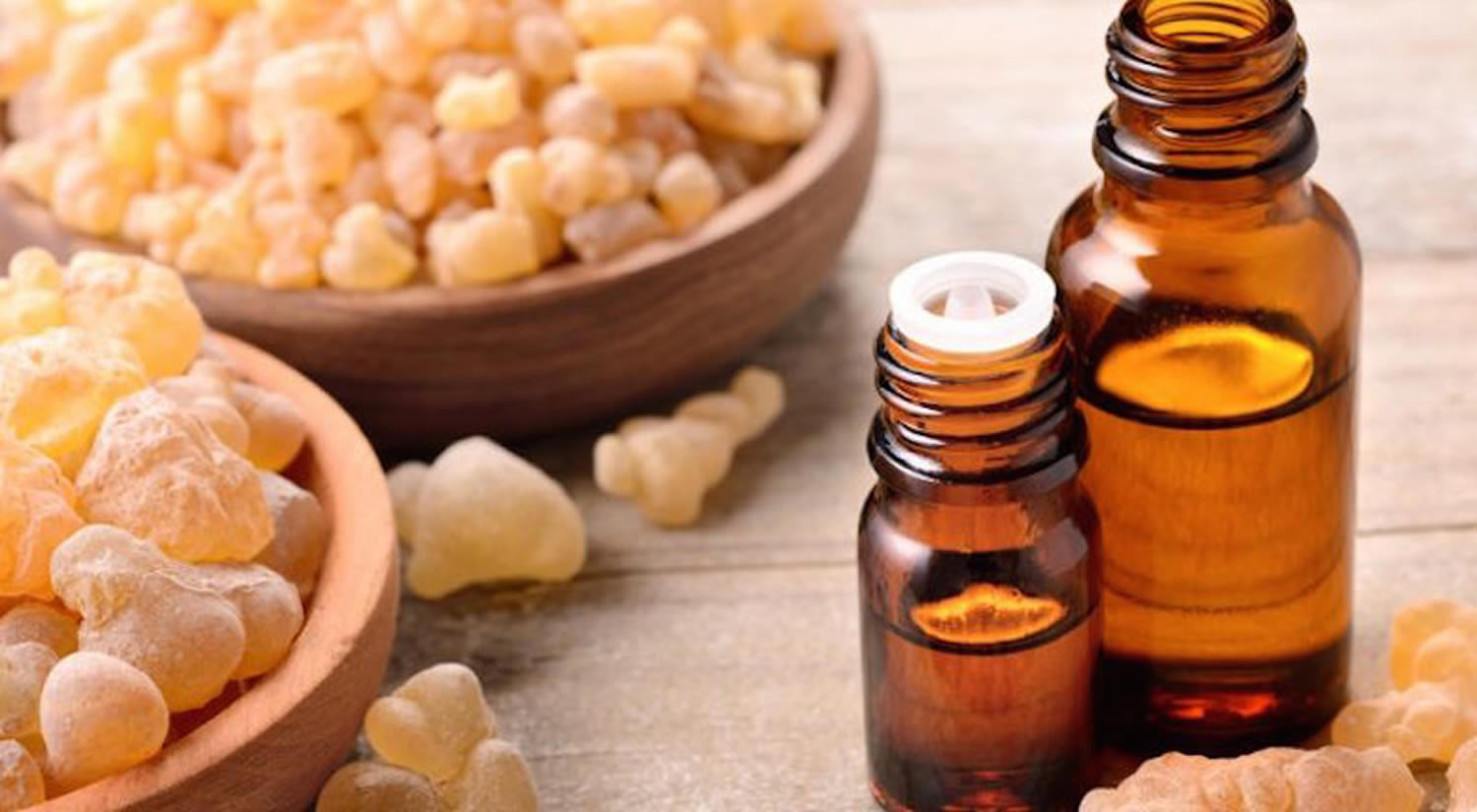 What is frankincense oil

Frankincense essential oil-regulated cell cycle regulators and signaling pathways were compared to boswellia acids-activated pathways in a variety of cancer cell lines. It has been reported that boswellic acids can regulate tumor cell viability by activating a variety of mechanisms. Acetyl-keto-beta-boswellic acid (AKBA) arrests cancer cells at the G1 phase of cell cycle, suppresses levels of cyclin D1 and E, cdk 2 and 4, and Rb phosphorylation, as well as increases expression of p21 through a p53-independent pathway 23). Acetyl-keto-beta-boswellic acid (AKBA) activates death receptor-5 through elevated expression of CATT/enhancer binding protein homologus protein in human prostate cancer LNCaP and PC-3 cells 24). Boswellic acids including AKBA strongly induce apoptosis through activation of caspase-3, -8, and −9 and cleavages of PARP in colon cancer HT29 cells and hepatoma HepG2 cells 25). In addition, AKBA inhibits topoisomerases I and II without inhibiting DNA fragmentation in glioma and leukemia HL-60 cells 26).

Boswellia sacra essential oil also suppresses important malignant features of tumor cells, such as invasion and multicellular tumor spheroids growth. Tumor cell plasticity enables highly malignant tumor cells to express endothelial cell-specific markers and form vessel-like network structures on basement membranes. The in vitro Matrigel-based tumor invasion model has been shown to correlate with in vivo metastatic potential 27). This in vitro model has been used to study mechanisms of cancer aggressive behavior, metastasis, and poor prognosis 28), and has been used as a tool to screen therapeutic agents for their anti-metastatic property 29). Boswellia sacra frankincense essential oil obtained at 100 °C (212 °F) is more potent than essential oil obtained at 78 °C hydrodistillation in disruption cellular networks on Matrigel and spheroids. More importantly, observations obtained in the above described experimental models are consistent with clinical responses in human cancer cases. These results suggest that Boswellia sacra frankincense essential oil may represent an effective therapeutic agent for treating invasive breast cancer. The anti-tumor activity of frankincense essential oil is mediated through multiple signaling pathways and cell cycle regulators. To further confirm these anti-cancer and other therapeutic activities of frankincense essential oil and frankincense resin extracts which are derived from animal and test tube studies, human clinical studies are required to support their uses in human diseases. Currently, a Boswellia serrata extracts is undergoing a phase I trial to study how well Boswellia serrata extract works in treating patients with ductal breast carcinoma in situ, stage I-III breast cancer, or stage I-III colon cancer that are undergoing surgery 30).

In traditional Chinese medicine, frankincense from Boswellia carterii is commonly used for topical treatment of pain and inflammation 31). A study carried out to investigate the antinociceptive and anti-inflammatory action of frankincense oil and water extracts and three of its main componentes, i.e., linalool, α-pinene and 1-octanol, via xylene-induced ear edema and a formalin-inflamed hindpaw model in male Kunming mice, showed consistent evidence about their anti-inflammatory and analgesic effects. Frankincense oil extract, which contains more linalool, α-pinene and 1-octanol than frankincense water extract, produced a faster and more effective reduction of the swelling and pain than the water extract 32). In addition, the combination of linalool, α-pinene and 1-octanol exhibited stronger biological effect on hindpaw inflammation and cyclooxygenase-2 (COX-2) overexpression than the three compounds used separately, indicating that they contribute to the topical antinociceptive and anti-inflammatory properties of frankincense by inhibiting cyclooxygenase-2 (COX-2) activation 33). For example, resins of Boswellia species have been used for the treatment of rheumatoid arthritis and other inflammatory diseases 34) such as Crohn’s disease 35). The anti-inflammatory activity has been attributed to the frankincense gum resin’s ability in regulating immune cytokine production 36) and leukocyte infiltration 37).

In a well conducted systematic study by Cochrane researchers 38) comparing Boswellia serrata extract, bismuth subsalicylate (Pepto-Bismol®), mesalamine, cholestyramine, probiotics, prednisolone and budesonide therapy in collagenous colitis – a type of microscopic colitis, a condition characterized by chronic watery non-bloody diarrhea. People with collagenous colitis have a normal appearing bowel when assessed by an endoscope (a camera used to look at the bowel); but have microscopic inflammation of the bowel when assessed by a biopsy (a tissue sample taken during endoscopy). The cause of this disorder is unknown. Budesonide is an immunosuppressive steroid drug that is quickly metabolized by the liver resulting in reduced steroid-related side-effects. Prednisolone is a steroid drug used to treat inflammation. Mesalamine (also known as 5-ASA) is an anti-inflammatory drug. Cholestyramine is a drug that helps the body remove bile acids. Pepto-Bismol®, is an antacid medication used to treat discomforts of the stomach and gastrointestinal tract. Probiotics are found in yogurt or dietary supplements and contain potentially beneficial bacteria or yeast. The researchers investigated whether these treatments improve symptoms (e.g. diarrhea) or microscopic inflammation of collagenous colitis and whether any side effects (harms) result from treatment. The outcome of that Cochrane review 39) was there is a low quality evidence suggesting that budesonide may be effective for inducing and maintaining clinical and histological response in patients with collagenous colitis. Furthermore, due to small sample sizes and low study quality, the study authros were uncertain about the benefits and harms of therapy with Pepto-Bismol®, Boswellia serrata extract, mesalamine with or without cholestramine, prednisolone and probiotics. These agents and other therapies require further study.

Madisch 2007 40) completed a randomized, placebo-controlled, double-blind study at multiple German centers to evaluate the clinical response of Boswellia serrata extract on patients with collagenous colitis compared to placebo over 6 weeks. Thirty-one patients (aged 18 to 80 years) with clinically and histologically confirmed collagenous colitis (“at least five liquid or soft stools per day on average per week, and a complete colonoscopy performed within the last 4 weeks before randomization”) were randomized to receive Boswellia serrata extract (three 400 mg/day; n = 16) or identically matched placebo (n = 15). Patients were excluded in they had received budesonide, salicylates, steroids, prokinetics, antibiotics, ketoconazole, or non-steroidal anti-inflammatory drugs within four weeks of randomization or if they had other endoscopically or histologically verified causes for diarrhea, infectious diarrhea, previous colonic surgery, or known intolerance to Boswellia serrata extract or were pregnant or lactating. The primary endpoint was clinical remission after 6 weeks (stool frequency of < 3 per day); secondary outcomes included histological improvements and quality of life measures. “Patients who did not respond to treatment after 6 weeks were individually unblinded. If they were in the active treatment group, they were judged as treatment failure. If they were in the placebo group, crossover therapy with open-labelled Boswellia serrata extract 400 mg, given orally three times daily was offered.” Intention to treat analysis demonstrated no significant effect of Boswellia serrata extract compared to placebo on achieving clinical remission, 43.8% vs 26.7%, respectively) 41). In Madisch 2007 42), there was a slight reduction in the thickness of the subepithelial collagen band and inflammation score in both the Boswellia serrata and placebo groups at the end of 6 weeks of therapy, but no difference compared to baseline or between the groups. At the end of 6 weeks of therapy, there were no significant changes in quality of life scores in either the Boswellia serrata or placebo groups compared to baseline or between groups 43).

In another 2014 Cochrane review 44) involving oral herbal therapies for treating osteoarthritis. Thirty-three different medicinal plant products were compared with placebo or active intervention controls and many comparisons had single studies only; the authors have restricted reporting of results to multiple studies of Boswellia serrata (monoherbal) and avocado-soyabean unsaponifiables (ASU) (two herb combination) products. The authors’ conclusions were there was evidence for the proprietary avocado-soyabean unsaponifiables (ASU) product Piasclidine® in the treatment of osteoarthritis symptoms seems moderate for short term use, but studies over a longer term and against an apparently active control are less convincing. Several other medicinal plant products, including extracts of Boswellia serrata, have moderate-quality evidence for trends of benefits that warrant further investigation in light of the fact that the risk of adverse events appear low 45).

There is no evidence that Piasclidine® significantly improves joint structure, and limited evidence that it prevents joint space narrowing. Structural changes were not tested for with any other herbal intervention 46).

Key results of the oral herbal therapies for treating osteoarthritis 48):

Pain on a scale of 0 to 100 points (lower scores mean reduced pain):

Summary and quality of the evidence

There is moderate-quality evidence that in people with osteoarthritis Boswellia serrata slightly improved pain and function. Further research may change the estimates.

There is moderate-quality evidence that avocado-soybean unsaponifiables (ASU) probably improved pain and function slightly, but may not preserve joint space. Further research may change the estimates.

The study authors were uncertain whether other oral herbal products improve osteoarthritis pain or function, or slow progression of joint structure damage because the available evidence is limited to single studies or studies that cannot be pooled, and some of these studies are of low to very low quality. Quality of life was not measured.

Herbal therapies may cause side effects, however they were uncertain if there is an increased risk of these. 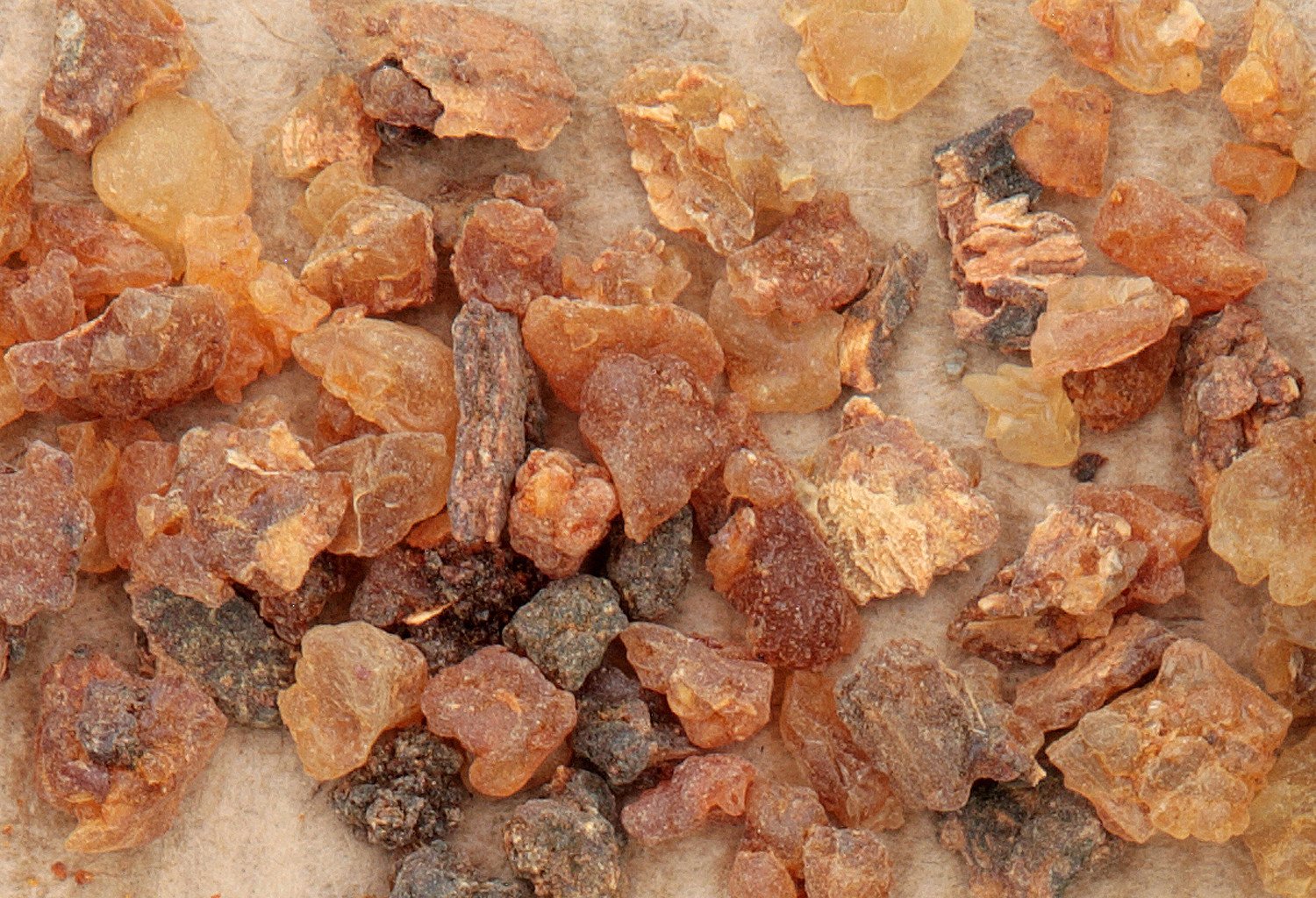 There is only little published material as far as side effects are concerned. In the clinical trials described in this study 49), two out of 40 patients who received frankincense gum resin of 300 mg three times daily over a period of 6 weeks complained about epigastric pain, hyperacidity and nausea 50). In the study dealing with ulcerative colitis 51), 6 out of 34 patients complained about retrosternal burning, nausea, fullness of abdomen, epigastric pain and anorexia. In a study reported by Böker et al. 52), some patients developed nausea and vomiting, in two patients skin irritations have also been observed. The side effects were reversible after omission of the treatment. In the study of Streffer et al. 53), some gastrointestinal symptoms were observed.

In a retrospective analysis in 2000, the laboratory parameters before and after treatment of patients suffering from rheumatoid arthritis, ulcerative colitis, Crohn’s disease, neurodermitis, lupus erythematosus, multiple sclerosis, astrocytoma, glioblastoma, bronchial asthma and psoriasis and receiving the Boswellia preparation H15TM over a period of 6 years before and after treatment were tested. No significant changes related to the therapy were observed 54).