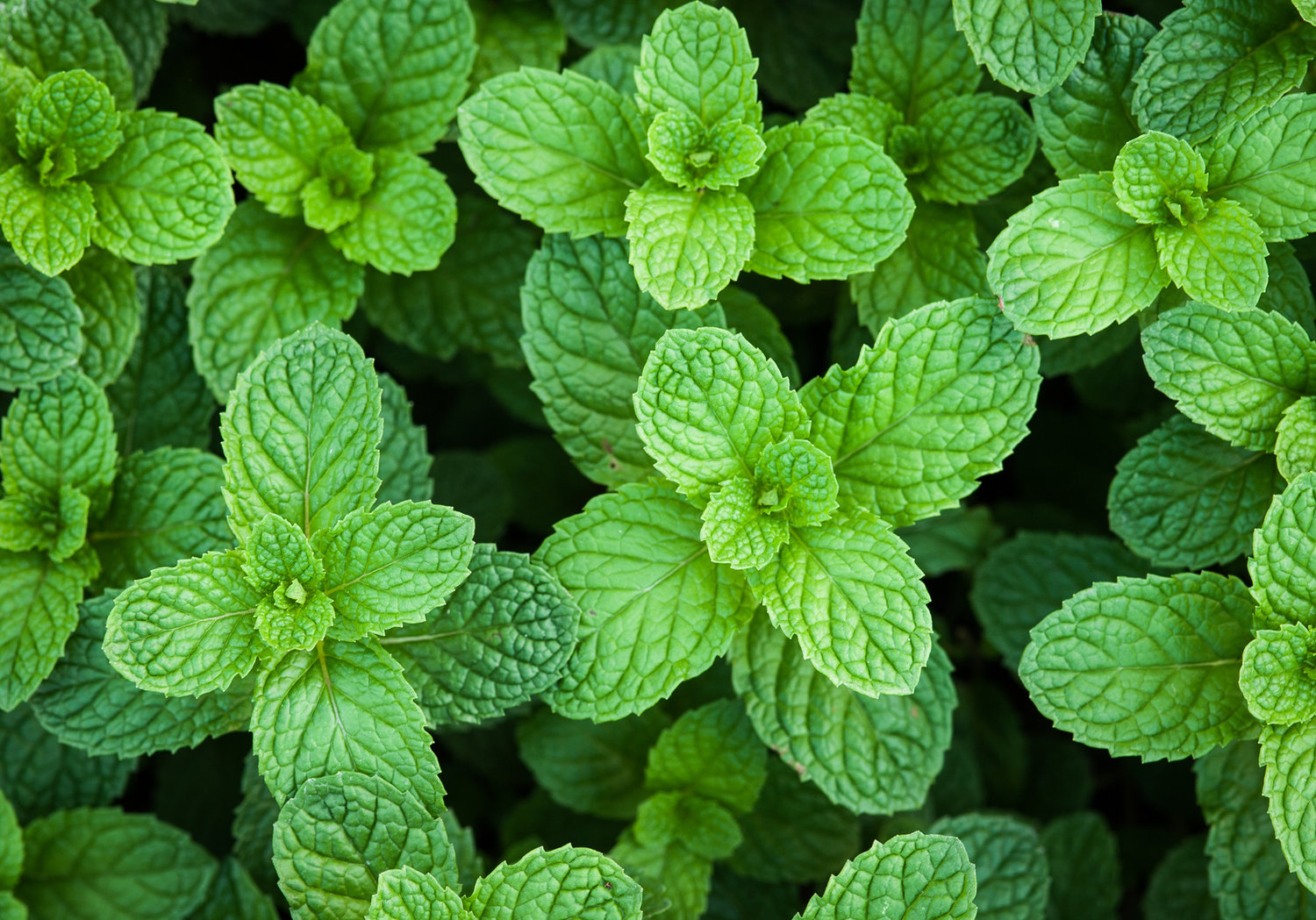 What is peppermint oil good for

Peppermint is a hybrid mint, a cross between two types of mint water mint [Mentha aquatica] and spearmint [Mentha spicata L.] also known as Mentha piperita. Indigenous to Europe and the Middle East, the plant is now widespread in cultivation in many regions of the world 1). Peppermint has been used for health purposes for several thousand years. It is mentioned in records from ancient Greece, Rome, and Egypt. Both peppermint leaves and the essential oil from peppermint have been used for health purposes. However, peppermint was not recognized as a distinct kind of mint until the 1700s. Essential oils are very concentrated oils containing substances that give a plant its characteristic odor or flavor. Peppermint is a common flavoring agent in foods, and peppermint oil is used to create a pleasant fragrance in soaps and cosmetics.

Peppermint oil has a high concentration of natural pesticides, mainly pulegone and menthone 14). It is known to repel some pest insects, including mosquitos, and has uses in organic gardening 15).

Peppermint antioxidant actions were previously suggested to be due to the presence of phenolic constituents in its leaves including rosmarinic acid and different flavonoids such as rutin, naringin, eriocitrin, luteolin, and hesperidin 17), 18). High-performance liquid chromatography (HPLC) analysis of the peppermint leaf hydroalcoholic extract detected some peaks that coeluted with pure ursolic acid, epicatechin, caffeic acid, rutin, quercetin, naringenin, and kaempferol. These compounds were previously shown to act as anti-inflammatory and/or antioxidants 19). In animal studies, it was clearly demonstrated in the Ames test that peppermint has antimutagenic effects once it significantly inhibited the shamma—a tobacco product—induced oral carcinogenesis in the hamster cheek pouch 20). These results may serve as valuable research references for clinical research of medicines for treatment of inflammation and cancer in the future.

In Eastern and Western traditional medicines, peppermint and its oil have been used in antispasmodics, aromatics, antiseptics or even medications for the treatment of colds, cramps, indigestions, nausea, sore throat, toothache or even cancer 22). Modern pharmacology research has demonstrated that peppermint possesses antioxidant, antitumor, antiallergenic, antiviral and antibacterial activities 23), 24), 25), 26).

Irritable bowel syndrome (IBS) is a common condition with a community prevalence of 10-15% of the general population 27). The annual incidence in primary care is around 0.8%, and the prevalence of patients diagnosed in primary care is about 3-4% 28). The disorder is difficult to treat, hence the wide range of treatments used—dietary exclusion, fiber supplements, and probiotics; antispasmodic drugs, antidiarrhoeal agents, and laxatives; antidepressants, hypnotherapy, and cognitive behavioral therapy.

In this systematic review and meta-analysis 29), the researchers investigated the effectiveness of antispasmodics, fiber and peppermint oil in the treatment of IBS (irritable bowel syndrome). Individual trials on these treatments have been of variable quality with conflicting results, and previous systematic reviews have also resulted in different conclusions. This is a high quality systematic review that looked into all published research of peppermint oil, muscle relaxants (or antispasmodics) and fiber used in the treatment of IBS (irritable bowel syndrome). The three treatments were all found to reduce the risk of having persistent symptoms (such as abdominal pain and bloating) compared to placebo.

The researchers searched medical research databases to identify all randomized controlled trials (including foreign language studies) involving adults who met diagnostic criteria for IBS and who had received investigations, if necessary, to exclude an underlying cause. Studies had to compare antispasmodics, fibre or peppermint oil with an inactive placebo drug. They also had to include a follow-up of at least one week with an assessment of cure or improvement of symptoms. The researchers also hand-searched abstracts of conference proceedings for potential studies and looked at reference lists of all selected studies.

The main outcome that the researchers looked for was the efficacy of any of the three treatments compared to placebo on all IBS symptoms or just abdominal pain. The researchers assessed the quality of the trials and results were pooled to give the relative risk of symptoms persisting after treatment.

The 12 trials of fiber had a total of 591 people with IBS. Treatments included bran (five studies), ispaghula husk (six studies) and, in one study, concentrated fiber. Overall, any fiber treatment reduced the risk of persistent symptoms by 13%, but this result was only of borderline significance. The only individual treatment that gave a significant reduction in symptoms was ispaghula.

The 22 trials of antispasmodics included 1,778 people with IBS and used a variety of drugs (12 in total) at different doses. Overall, antispasmodics significantly reduced the risk of persistent symptoms by 32% 30). Of the individual drugs, only hyoscine, cimetropium, pinaverium and otilonium gave consistent significant evidence of benefit.

The number of people that would need to be treated to prevent one person from having persistent abdominal symptoms was 2.5 for peppermint, five for antispasmodics and 11 for fiber 32).

However, there are several points to bear in mind:

IBS has no single identified cause. It is not a pathological condition, i.e. there is no underlying disease process, but the bowel does not function properly, causing discomfort and inconvenience for sufferers. This review provides evidence to support the use of symptomatic treatments such as peppermint oil 33).

What have we learned ?

Toxicology studies of peppermint oil and its components have been performed in animals. Histopathological changes in the white matter of the cerebellum were seen in rats (n = 20) given peppermint oil at doses of 40 and 100 mg/kg orally for 28 days, but no adverse effects were observed at 10 mg/kg 34). No adverse effects were observed at 10 mg/kg. In a comparable 90 day rat study (n = 28), cyst-like spaces in the white matter of the cerebellum and hyaline droplets in the proximal tubules of the kidneys were observed in the highest dose group only 35). Interestingly, the extension of the cyst-like spaces was not aggravated with prolonged dosing in this study. Menthol administered to rats by gavage at 200, 400 and 800 mg/kg for 28 days significantly increased absolute and relative liver weights and the vacuolization of hepatocytes at all doses, although no sign of encephalopathy was observed 36). At 80 and 160 mg/kg, pulegone administered for 28 days induced atonia, decreased blood creatinine levels, lowered body weight and caused histopathological changes in the liver and white matter of the cerebellum 37). No adverse effects were observed with 20 mg/kg pulegone. Menthone given orally to rats (n = 20) at 200, 400 and 800 mg/kg for 28 days decreased creatinine and increased alkaline phosphatase in a dose-dependent manner, increased bilirubin and liver and spleen weights, and also caused histopathological changes in the white matter of the cerebellum in the two highest dose groups 38). The accumulation of protein droplets containing α2μ-globulin in proximal tubular epithelial cells of rats (n = 10/group) was observed after the administration of either 500–1000 mg/kg 1,8-cineole or 800–1600 mg/kg limonene for 28 days, however, no histopathological changes were observed in the brain 39).

A review on the use of peppermint oil, leaf extract, leaf and leaf water in cosmetic formulations by Nair 47) concluded that each are considered safe, although the concentration of pulegone in products containing these ingredients should be limited to 1%. Although the toxicity of menthol is considered to be low, it has the ability to enhance the penetration and absorption of other agents contained in some formulations, thereby increasing the effective dose of these agents at the indicated intake. A few case study reports have described contact sensitivities to peppermint oil and its components in topical and oral preparations 48), 49), but a patch test study of 4000 patients by Kanerva et al. 50) found that menthol and peppermint oil provoked neither allergic nor irritant reactions.

Akdogan et al. 51) reported increased follicle stimulating hormone (FSH) and luteinizing hormone  (LH) levels and decreased testosterone levels in rats given 20 g/L peppermint tea in place of their drinking water. As opposed to spearmint tea, the only effect of peppermint on testicular tissue was segmental maturation arrest in the semniferous tubules. There are no chronic toxicity studies of peppermint in humans, although the German Commission E 52) reports that the use of peppermint oil is contraindicated in patients with bile duct, gallbladder and liver disorders. Caution is also recommended for the use of peppermint oil capsules in patients with GI reflux, hiatal hernia or kidney stones.