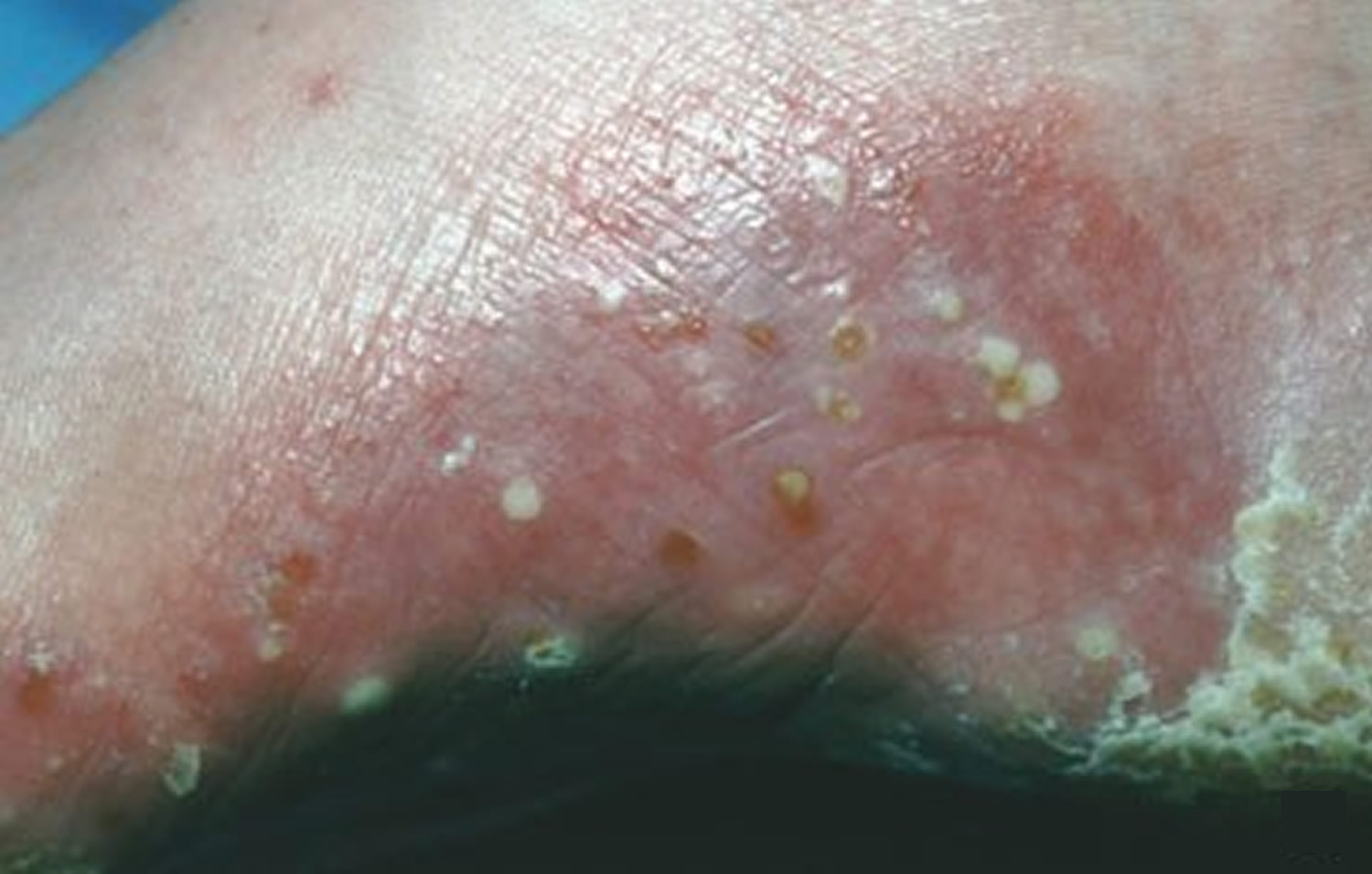 What is pustular psoriasis

Pustular psoriasis is a severe form of a skin disorder called psoriasis. Pustular psoriasis is characterized by white pustules (blisters of noninfectious pus) surrounded by red skin 1). The pus consists of white blood cells. It is not an infection, nor is it contagious.Pustular psoriasis and other forms of psoriasis are caused by immune-mediated skin disease that causes itchy or sore patches of thick, raised, red skin with silvery scales to appear on the skin 2). Inflammation is a normal immune system response to injury and foreign invaders (such as bacteria). However, when inflammation is abnormal and uncontrolled, it can damage the body’s tissues and organs. Individuals with pustular psoriasis have repeated episodes in which large areas of skin become red and inflamed and develop small pus-filled blisters (pustules). The skin problems can be accompanied by fever, extreme tiredness (fatigue), muscle weakness, an increased number of white blood cells, and other signs of inflammation throughout the body (systemic inflammation). The inflammation problems subside and reappear often. Episodes can be triggered by infection, exposure to or withdrawal from certain medications, menstruation, or pregnancy, although the trigger is often unknown. Generalised pustular psoriasis can be life-threatening if not treated.

Palmoplantar pustular psoriasis causes pustules on the palms of the hand and soles of the feet. It commonly affects the base of the thumb and the sides of the heels. Pustules initially appear in a studded pattern on top of red plaques of skin, but then turn brown, peel and become crusted. Palmoplantar pustular psoriasis is usually cyclical, with new crops of pustules followed by periods of low activity.

Acropustulosis (acrodermatitis continua of Hallopeau) is a rare type of psoriasis characterized by skin lesions on the ends of the fingers and sometimes on the toes. The eruption occasionally starts after an injury to the skin or infection. The lesions can be painful and disabling, and cause deformity of the nails. Occasionally bone changes occur in severe cases.

Pustular psoriasis is primarily seen in adults. It may be limited to certain areas of the body — for example, the hands and feet. Generalized pustular psoriasis also can cover most of the body. It tends to go in a cycle with reddening of the skin followed by pustules and scaling.

A number of factors may trigger pustular psoriasis, including:

Psoriasis is a chronic (long-lasting) disease of the immune system. It cannot be cured. This means that most people have psoriasis for life. Pustular psoriasis flare-ups that may be painful and disabling.