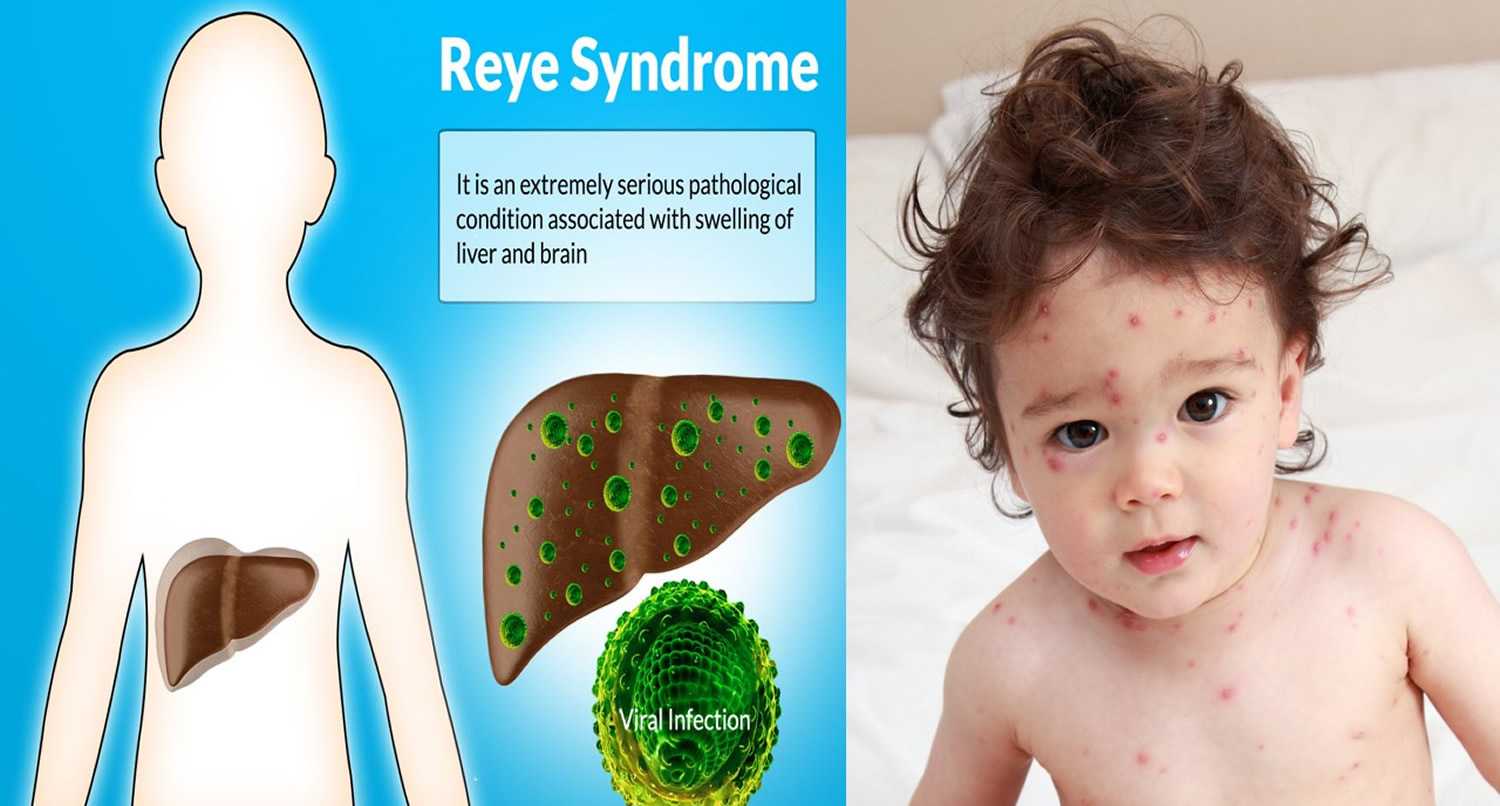 What is Reye’s syndrome

Reye’s syndrome is a very rare but serious condition that can potentially affect all organs of the body; with the brain and liver at the greatest risk of damage resulting in swelling in the liver and brain, which can cause seizures, convulsions or loss of consciousness. If Reye’s syndrome is not treated promptly, it may lead to permanent brain injury or death.

Most cases of Reye’s syndrome occur between 5 and 14 years of age, with males and females being affected with the same frequency. The incidence of Reye’s syndrome has decreased dramatically in recent years, possibly due in part to the decreased use of aspirin in children.

The symptoms of Reye’s syndrome usually begin 1-3 days after a viral infection, such as a cold, flu or chickenpox.

Initial symptoms can include:

As the condition progresses, the symptoms may get more severe and more wide-ranging, and can include:

Although the cause of Reye’s syndrome is unknown, it typically follows a viral illness such as an upper respiratory tract infection, chicken pox, influenza or gastroenteritis, and is associated with aspirin use during the illness. Any young child who has recently suffered a previous viral infection, such as a flu or chicken pox, should be monitored closely.

Although aspirin is approved for use in children older than age 2, children and teenagers recovering from chickenpox or flu-like symptoms should never take aspirin. Talk to your doctor if you have concerns.

The mortality rate of Reye’s syndrome has fallen from 50% to less than 20% as a result of earlier diagnoses, recognition of milder cases, and more aggressive therapy. Death usually occurs due to swelling of the brain or increased pressure in the brain, but it may also be due to heart failure, respiratory failure, acute renal failure, gastrointestinal bleeding, seizures, or infection.

When to seek medical attention

Early diagnosis and treatment of Reye’s syndrome can save a child’s life. If you suspect that your child has Reye’s syndrome, it’s important to act quickly.

Call your local emergency number for an ambulance if your child:

Contact your child’s doctor if your child experiences the following after a bout with the flu or chickenpox:

Although it’s unlikely these symptoms will be caused by Reye’s syndrome, they still need to be checked by a doctor.

Tell your doctor if your child has taken aspirin, because the use of aspirin in children has been linked to Reye’s syndrome.

But even if your child hasn’t taken aspirin, Reye’s syndrome shouldn’t be ruled out.

If your child develops any long-term problems, an individual care plan will be drawn up to address their needs. The plan will be reassessed as they get older.

The exact cause of Reye’s syndrome is unknown, but it most commonly affects children and young adults recovering from a viral infection – typically, but not exclusively, a cold, flu or chickenpox.

Mitochondria provide cells with energy and they’re particularly important for the healthy functioning of the liver.

If the liver loses its energy supply, it begins to fail. This can cause a dangerous build-up of toxic chemicals in the blood, which can damage the entire body and can cause the brain to swell.

In some cases, Reye’s syndrome may be an underlying metabolic condition that’s unmasked by a viral illness. Exposure to certain toxins — such as insecticides, herbicides and paint thinner — also may contribute to Reye’s syndrome.

The following factors — usually when they occur together — may increase your child’s risk of developing Reye’s syndrome:

Use caution when giving aspirin to children or teenagers. Though aspirin is approved for use in children older than age 2, children and teenagers recovering from chickenpox or flu-like symptoms should never take aspirin. This includes plain aspirin and medications that contain aspirin.

Always check the label before you give your child medication, including over-the-counter products and alternative or herbal remedies. Aspirin can show up in some unexpected places, such as Alka-Seltzer.

Sometimes aspirin goes by other names, too, such as:

Some mouth ulcer gels and dental gels contain salicylate salts. These shouldn’t be given to children under 16 years of age. There are alternative products that are suitable for under 16s – ask your pharmacist for advice.

If your child has the flu, chickenpox or another viral illness, use other medications — such as acetaminophen (Tylenol, others), ibuprofen (Advil, Children’s Motrin, Motrin IB, others) or naproxen (Aleve) — to reduce high fever or relieve pain.

In Reye’s syndrome, a child’s blood sugar level typically drops while the levels of ammonia and acidity in his or her blood rise. At the same time, the liver may swell and develop fatty deposits. Swelling may also occur in the brain, which can cause seizures, convulsions or loss of consciousness.

For children younger than age 2, the first signs of Reye’s syndrome may include:

For older children and teenagers, early signs and symptoms may include:

As the condition progresses, signs and symptoms may become more serious, including:

As Reye’s syndrome is so rare, other conditions that can cause similar symptoms need to be ruled out. These include:

Blood tests and urine tests can help detect if there’s a build-up of toxins or bacteria in the blood, and they can also be used to check if the liver is functioning normally.

Tests may also be carried out to check for the presence or absence of certain chemicals that could indicate an inherited metabolic disorder.

Sometimes more-invasive diagnostic tests are needed to evaluate other possible causes of liver problems and investigate any neurological abnormalities. For example:

If Reye’s syndrome is diagnosed, your child will need to be immediately admitted to an intensive care unit (ICU).

Treatment aims to minimize the symptoms and support the body’s vital functions, such as breathing and blood circulation.

It’s also essential to protect the brain against permanent damage that can be caused by the brain swelling.

Medicines may be given directly into a vein (intravenously), such as:

A ventilator (breathing machine) may be used if your child needs help with breathing.

Vital body functions will also be monitored, including the heart rate and pulse, the air flow to their lungs, blood pressure and body temperature.

Once the swelling in the brain has reduced, the other functions of the body should return to normal within a few days, although it may be several weeks before your child is well enough to leave hospital.