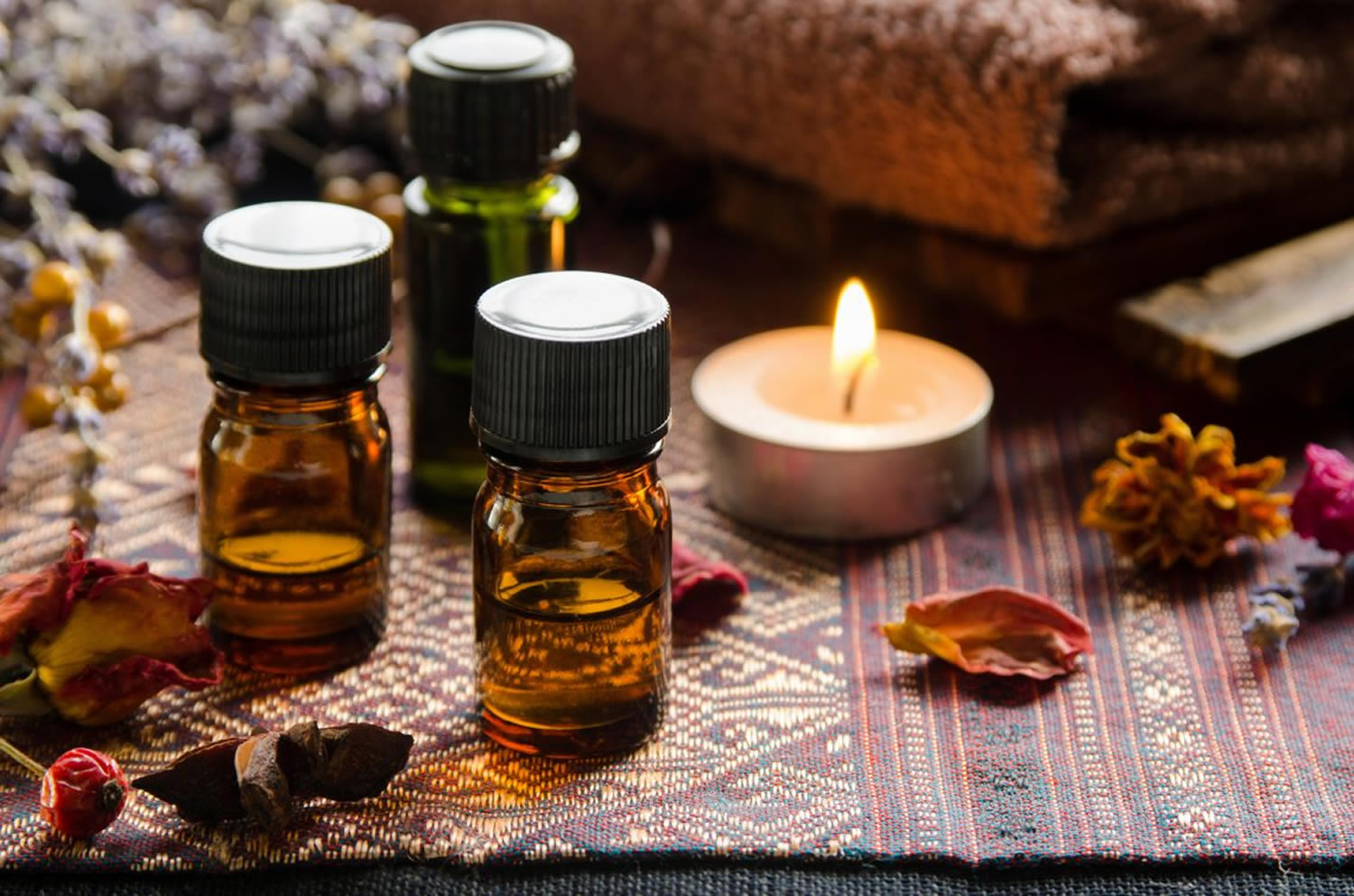 Sandalwood is the general name for woody perennials of the Santalum genus (Santalaceae), which are exploited for their fragrant heartwood. Sandalwoods are slow growing hemiparasitic trees distributed throughout the tropical and temperate regions of India, Indonesia, Australia and the Pacific Islands 1). The oil extracted from the sandalwood tree stems and roots are highly sought after by the fragrance and perfume industry. Santalum album, also known as tropical or Indian sandalwood, is the most valuable of the commercially used species due to the high heartwood oil content (6–10% by dry weight) and desirable odor characteristics. Approximately 90% of Sandalwood essential oil is composed of the sesquiterpene alcohols α-, β-, and epi-β-santalol and α-exo-bergamotol. The α- and β-santalols are the most important contributors to sandalwood oil fragrance 2). Lanceol and α-bisabolol are also found in modest concentrations 3). While the demand for sandalwood oil is increasing, disease, grazing animals and unsustainable exploitation of sandalwood trees has led to the demise of many natural populations. Plantations provide a more sustainable alternative to wild harvesting; however, slow growth rates, high potential for disease and substantial variation in oil yield hamper productivity. Alternatively, chemical approaches to synthesize the santalols have been attempted 4), key to these approaches is the elucidation of the biosynthesis of the santalols, bergamotols, and other sesquiterpene compounds characteristic of sandalwood oil. But multiple low-recovery steps make chemical synthesis uneconomical at an industrial scale. 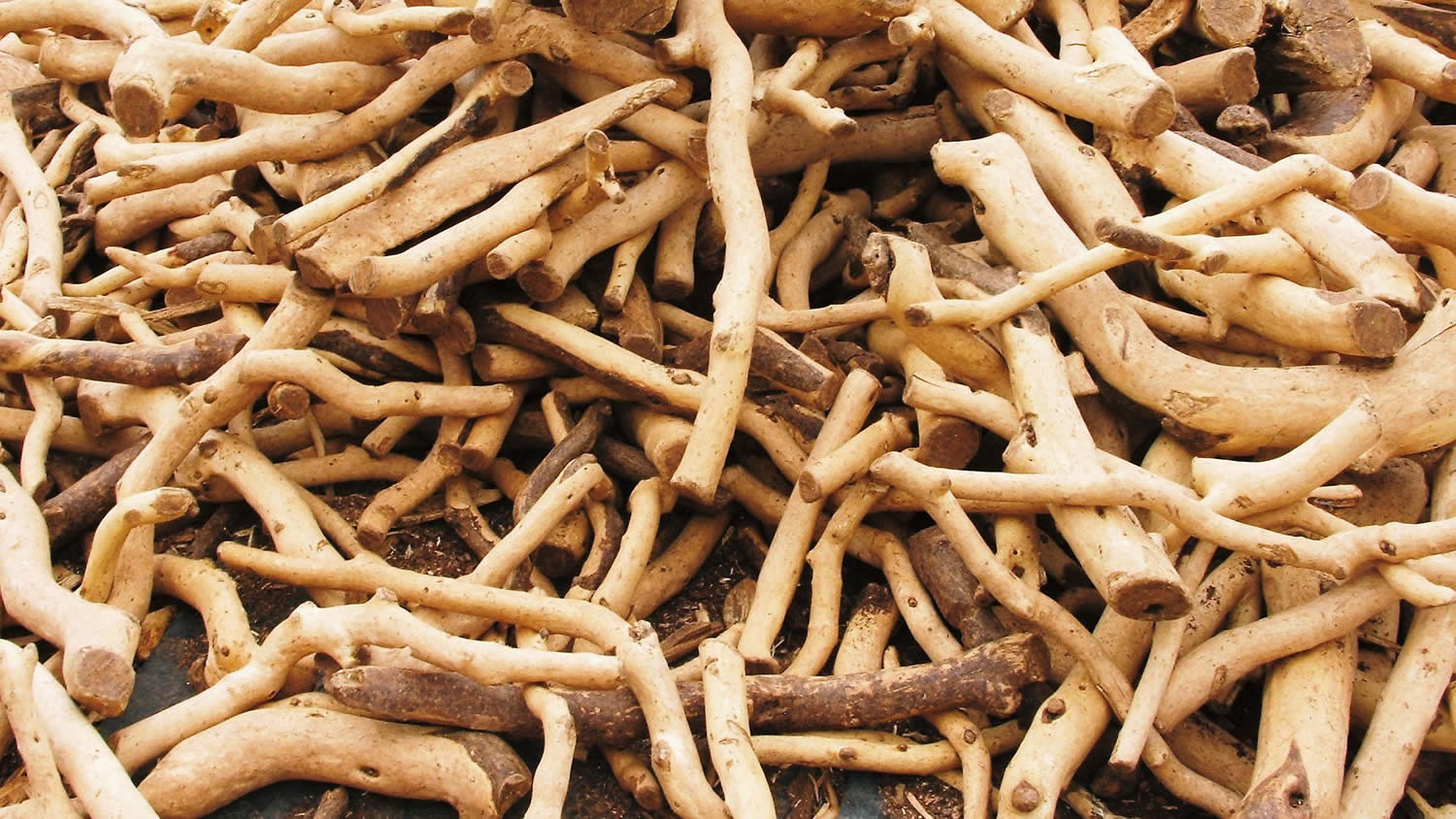 Indian sandalwood (Santalum album L.) is an economically important plant species because of its ability to produce highly valued perfume oils. Sandalwood oil is an essential oil obtained from the steam distillation of chips and billets cut from the mature heartwood of various species of sandalwood trees – the most common are the Indian sandalwood (Santalum album) and Australian sandalwood (Santalum spicatum) followed by the species found in Hawaii (Santalum ellipticum), New Caledonia (Santalum austrocaledonicum), and French Polynesia (Santalum insulare) 5).  The chemical composition of sandalwood essential oil has been studied in detail. At least 300 chemical constituents have been identified. The essential oil obtained from the well matured sandalwood tree is represented by a mixture of sesquiterpene olefins and alcohols such as: (Z)-α-santalol, (Z)-β-santalol, (Z)-epi-β-santalol, (Z)-α-trans-bergamotol, α-bisabolol, (Z)-lanceol, sesquisabinene hydrate and (E,E)-farnesol, along with small amounts (up to 2%) of corresponding precursor sesquiterpene hydrocarbons 6). Four sesquiterpenols, α-, β-, and epi-β-santalol and α-exo-bergamotol, make up approximately 90% of the oil of Indian sandalwood, where (Z)-α-santalol (alpha-santalol) and (Z)-β-santalol (beta-santalol) constitute the most abundant 7) and the major active components 8).

Sandalwood essential oil is widely used for several purposes such as in perfumery, cosmetics, aromatherapy, as an antidepressant, anti-inflammatory, antifungal, astringent, sedative, insecticide, antiseptic and in sacred unguents 10), 11). Sandalwood essential oil is also used in the food industry as a flavoring ingredient with a daily consumption of 0.0074 mg/kg 12). Sandalwood oil and its major constituent have low acute oral and dermal toxicity in laboratory animals 13). Although the available information on toxicity of sandalwood oil is limited, it has a long history of oral use without any reported adverse effects and is considered safe at present use levels 14).

Sandalwood essential oil is used in perfumes, cosmetics, sacred unguents, and as a mild food flavoring. Due to its highly coveted fragrance, the essential oil produced from Sandalwood is often used in aromatherapy and is added to soaps and cosmetics. It is also used in Ayurvedic medicine for the treatment of both somatic and mental disorders, including common colds, bronchitis, fever, urinary tract infections, and inflammation 15). A study investigating the effects of inhalation of East Indian sandalwood oil and its main compound, α-santalol, on human physiological parameters found that the compounds elevated pulse rate, skin conductance, and systolic blood pressure 16).

Sandalwood essential oil has also been studied as a chemopreventive agent for skin papillomas in mice 17) and in vitro in human epidermoid carcinoma cells 18). Matsuo and Mimaki studied the cytotoxicity of various α-santalol derivatives and found that some of them present tumor-specific cytotoxicity 19). This group also found that α-santalol induces DNA fragmentation as a result of apoptosis 20). Even though previous studies have provided valuable data on the pharmacological properties of individual constituents of sandalwood essential oil, there is no information on the activity of whole sandalwood essential oil in human breast cells, or on its DNA-damaging potential. Due to the increased popularity of essential oils for massage and aromatherapy, people are frequently exposed to sandalwood essential oil through various routes of administration including the skin. Essential oils can easily be absorbed through the human skin due to their lipid solubility and extremely low molecular size and the lipophilic nature of the skin itself 21).

Sandalwood has been used in traditional medicine and Ayurveda to treat many conditions such as:

Our take is that sandalwood and sandalwood essential oil uses lack proper clinical scientific evidence to be of any use apart for its use in the food flavoring and perfumery industry. More studies especially well designed human clinical trials are needed to substantiate these pseudo-science or anecdotal therapeutic effects or benefits.