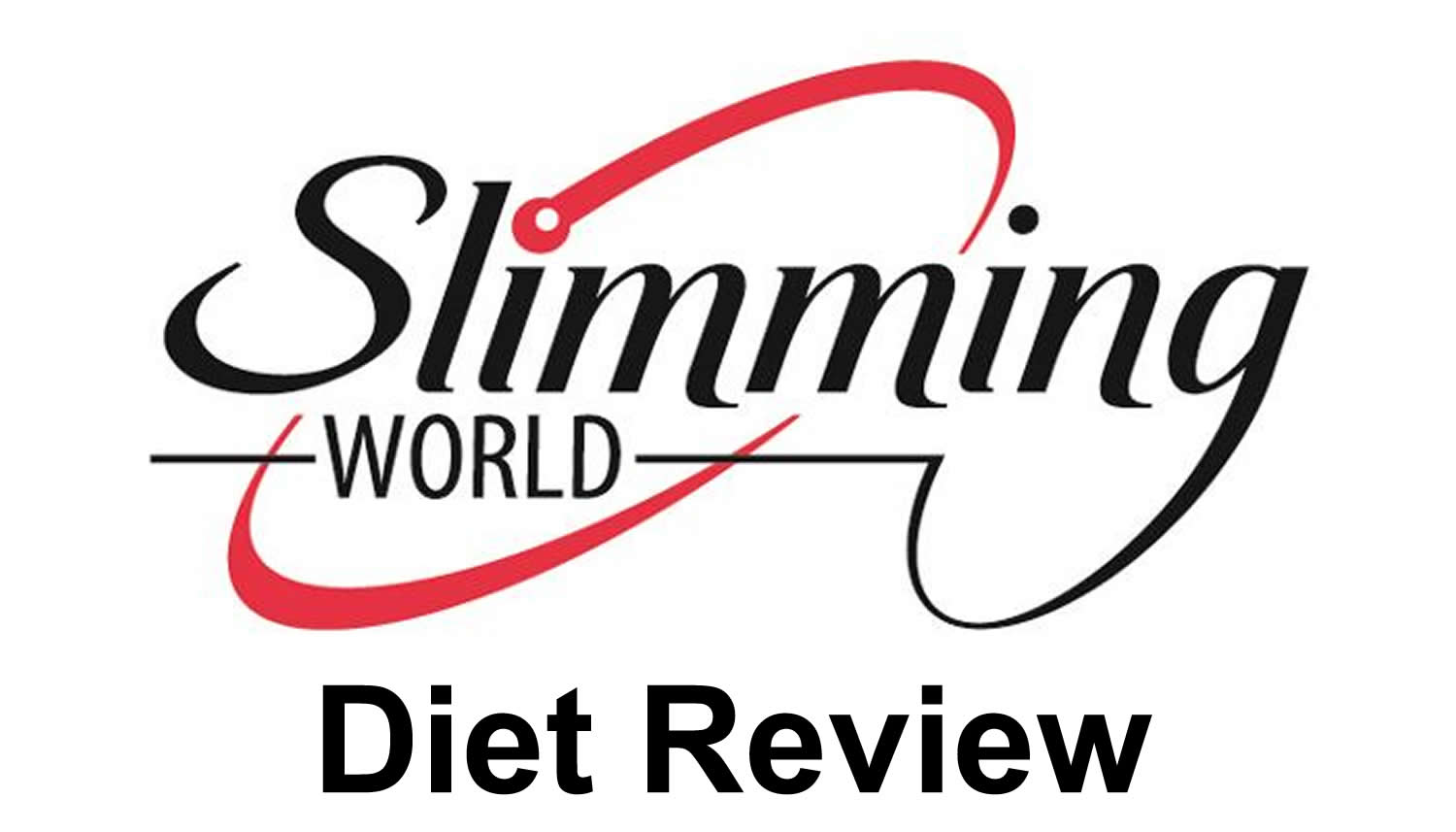 What is the Slimming World diet

Slimming World’s weight loss plan encourages you to swap high-fat foods for low-fat foods that are naturally filling. You choose your food from a list of low-fat foods they call “Free Foods”, such as fruit, vegetables, pasta, potatoes, rice, lean meat, fish and eggs, which you can eat in unlimited amounts. There’s no calorie counting, no foods are banned, and you’re still allowed the occasional treat. You can get support from fellow slimmers at weekly group meetings and follow an exercise plan to become gradually more active. The plan is designed to help you lose about 1-2lb a week.

The organisation has an extensive community-based infrastructure of over 13,000 support groups held each week across the UK and Ireland, supporting ~800,000 members seeking to manage their weight and to develop healthy eating and lifestyle behaviors 2), 3). Groups are located in a variety of local venues at different times and days of the week, making the groups widely accessible for members of the community. Around 98 % of participants access the groups through self-referral and pay weekly (£4.95) to attend their chosen group. This is an open programme, with no fixed duration of membership. Participants can join, leave and re-join as they wish for any length of time as support groups are continuously available week-by-week through the year, to maximise attendance and engagement from members of the community.

The programme consist of a multi-component approach utilizing evidence-based behavior change techniques in the context of group support targeted to individual needs to help members to make healthier food choices and gradual increases in physical activity 4). Trained facilitator-led group support provides an environment, which avoids criticism, prescriptive control or judgment and facilitates sustainable health related behavior changes. The support system combines individual attention and group participation in a forum where members discuss experiences, identify their own patterns of behavior and, with the support of the group, develop new ways of overcoming barriers to change to support weight loss and maintenance of weight loss.

Evidence-based strategies and actions taken in the programme to promote and sustain weight loss include:

Figure 1. The percentage of the whole population, higher attenders and lower attenders who achieved ≥5 % and ≥10 % weight loss by the end of the 14 sessions of the observation period (n = 1,356,105) 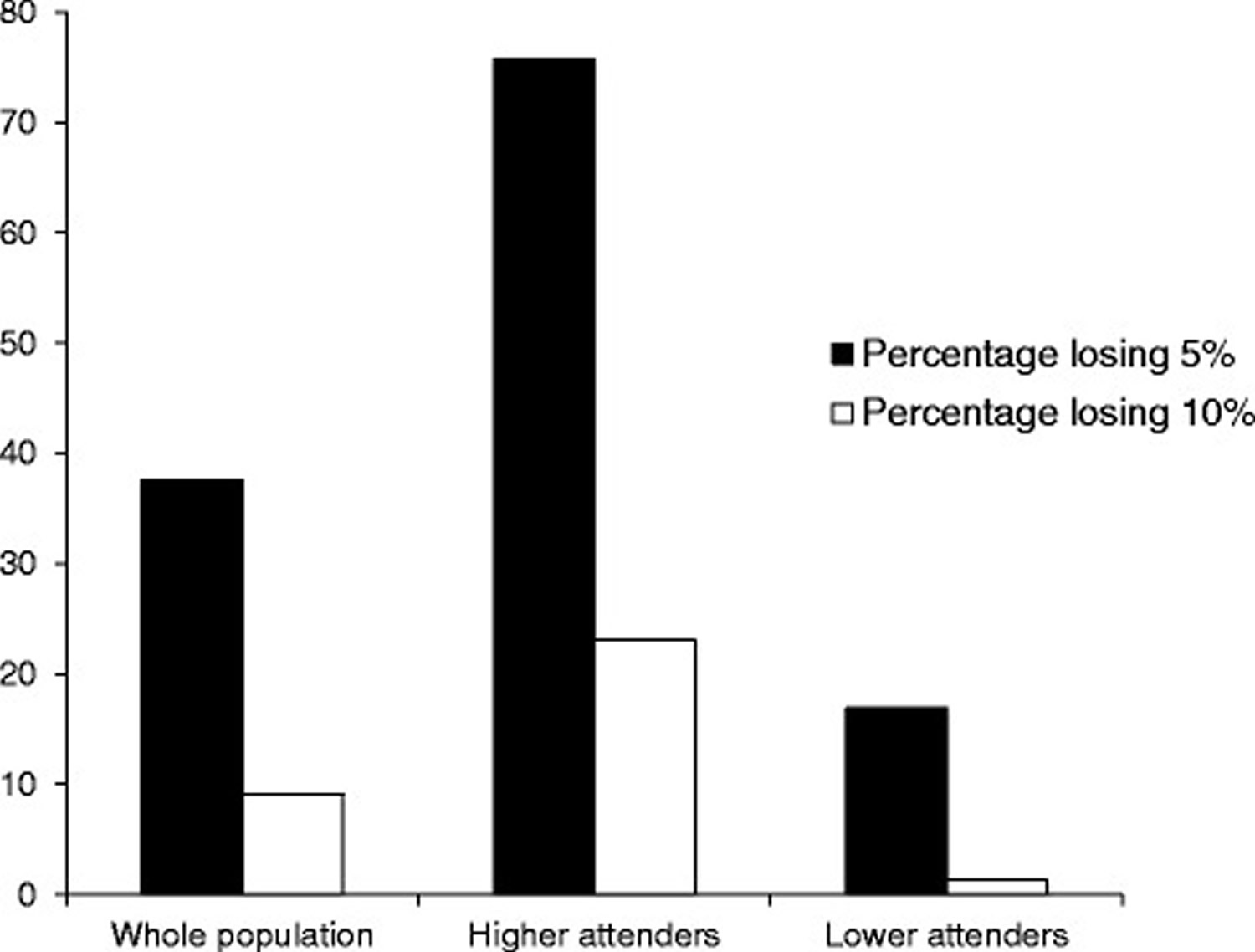 Table 2 compares the characteristics and weight loss outcomes for men and women. Men were on average taller (0.14 m), older (2 years), heavier (26.2 kg) and had a higher BMI (3.2 kg/m2) on enrolment than women. Men tended to lose more weight than women both absolutely (2.7 kg) and as a percentage (1.4 %) of baseline body weight. Men attended to a slightly greater degree than women (0.8 sessions) and they had a greater BMI change (−0.7 kg/m2) than women over the 14 sessions of the observation period. There was a significant difference in the percentage of men and women classed as higher attenders (42.5 % versus 34.9 %, respectively).

The average rate of weight change over the 14-week time window, in kg/week for the total population was −0.28 kg/week. Analysis of variance showed that men lost weight at a significantly faster rate (−0.47 versus −0.27 kg/week or 0.41 versus 0.31 %, respectively) than women, both in absolute and percent terms. Higher attenders lost weight at a significantly faster rate than did lower attenders (−0.48 versus −0.17 kg/week). These patterns were also apparent for percent weight loss −0.53 versus 0.19 %, respectively. 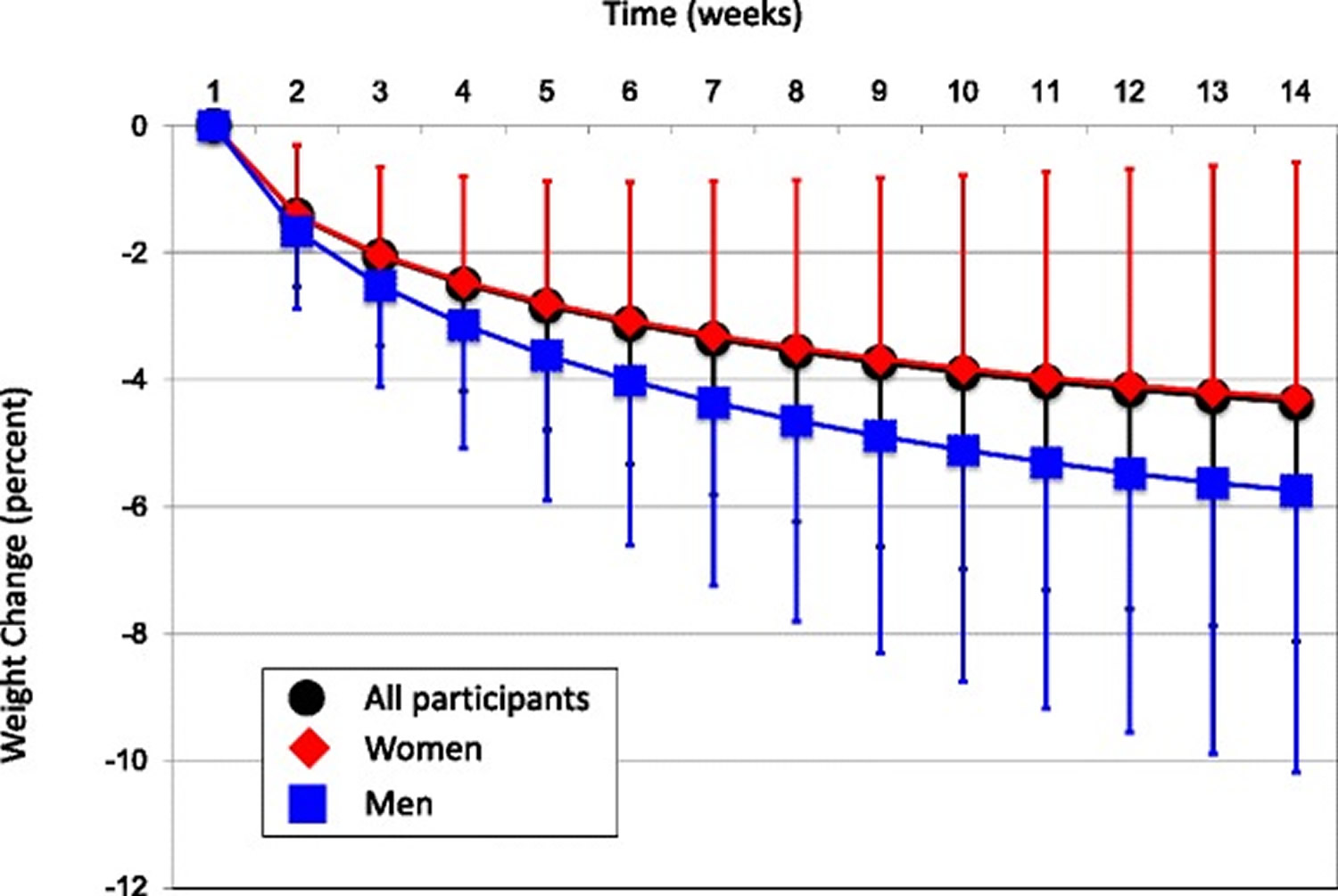 Thus, considering that men accounted for only 5 % of the sample, the two key predictors of percent weight loss by the end of the 3 month period were attendance and percent weight lost in the first week. However, week 1 weight loss was also related to attendance, since adding week 1 weight loss into the stepwise model first increased the percent variance explained by the first week’s weight loss to 19.6 % and decreased the percent of the variance due to attendance to 35.6 %. Since week 1 loss is included in the total loss, some correlation is inevitable unless there is complete compensation in later weeks. Therefore, week 1 loss is positively correlated with subsequent loss up to 3 months. Those who lost more weight in week 1 tended to attend longer. Both models explained the same total amounts of variance in percent weight lost.

In the Slimming World weight management programme, no foods are banned, so meals offer balance and variety and are family-friendly. The portion size from each food group will vary depending on which plan you follow. The “Body Magic” booklet they provide gives ideas to help you raise your activity levels. Meeting as a group can provide valuable support. Slimming World diet’s group meetings encourage members to share successes, ideas and recipes with each other, but they may not appeal to everyone. While the meal plans may lack some flexibility, they are generally balanced. Higher levels of attendance led to levels of weight loss known to be associated with significant clinical benefits, which on this scale may have an impact on public health. However, without learning about calories and portion sizes, you may struggle to make healthy choices once you’ve left the programme.

Another interesting outcome from this study was that the percentage weight lost in the first week and attendance were the greatest predictors of weight loss. These effects has also been found in other studies 14), 15). Attendance is discussed above. The relationship between percent weight lost in the first week and end weight loss is less clear. It may be that those who lose a greater percent of baseline weight in the first week are more motivated (either before they attend or as a consequence of their experiences in the first week), they may have familiarized themselves with the eating and activity programme to a greater extent, are simply on a consistent trajectory of greater weight loss or a combination of these variables. What is known is that certain behavior change techniques are associated with better weight outcomes 16). Evidence also suggests that greater engagement with components of commercial programmes that promote these behaviour changes is associated with better weight outcomes 17). Improving personalisation of multicomponent programmes to better match behavior change techniques to the requirements of specific individuals is likely to further improve engagement and weight outcomes. This should be a research priority for implementing weight management solutions in the general population and may improve the capacity of models to predict weight outcomes for different groups of people.

In the present review mean weight loss was 3.9 kg, 37.7 % of the whole population and 75.7 % of the higher attenders lost ≥5 % during the first 3 months of their engagement in the Slimming World weight management programme. Twenty three percent of higher attenders and 9.0 % of the whole population lost ≥10 % of their body weight. These data have confirmed that there are two simple basic predictors (attendance and weight loss in the first week) of weight loss that together account for 55 % of the variability in weight lost during the study period, which would be valuable indicators of the likelihood a person will lose ~5 % of their initial body weight during that time. Weight management programmes should therefore work to enhance initial weight loss and attendance because regardless of age or starting weight, if a person is able to attend 11 or more sessions in a 3 month period and is supported and encouraged to achieve good weight losses in their first week, they are likely to be successful in beginning their weight loss journey.

Slimming World doesn’t educate you about calories. Without learning about calories and portion sizes, you may struggle to keep the weight off in the long term when you come off the programme.