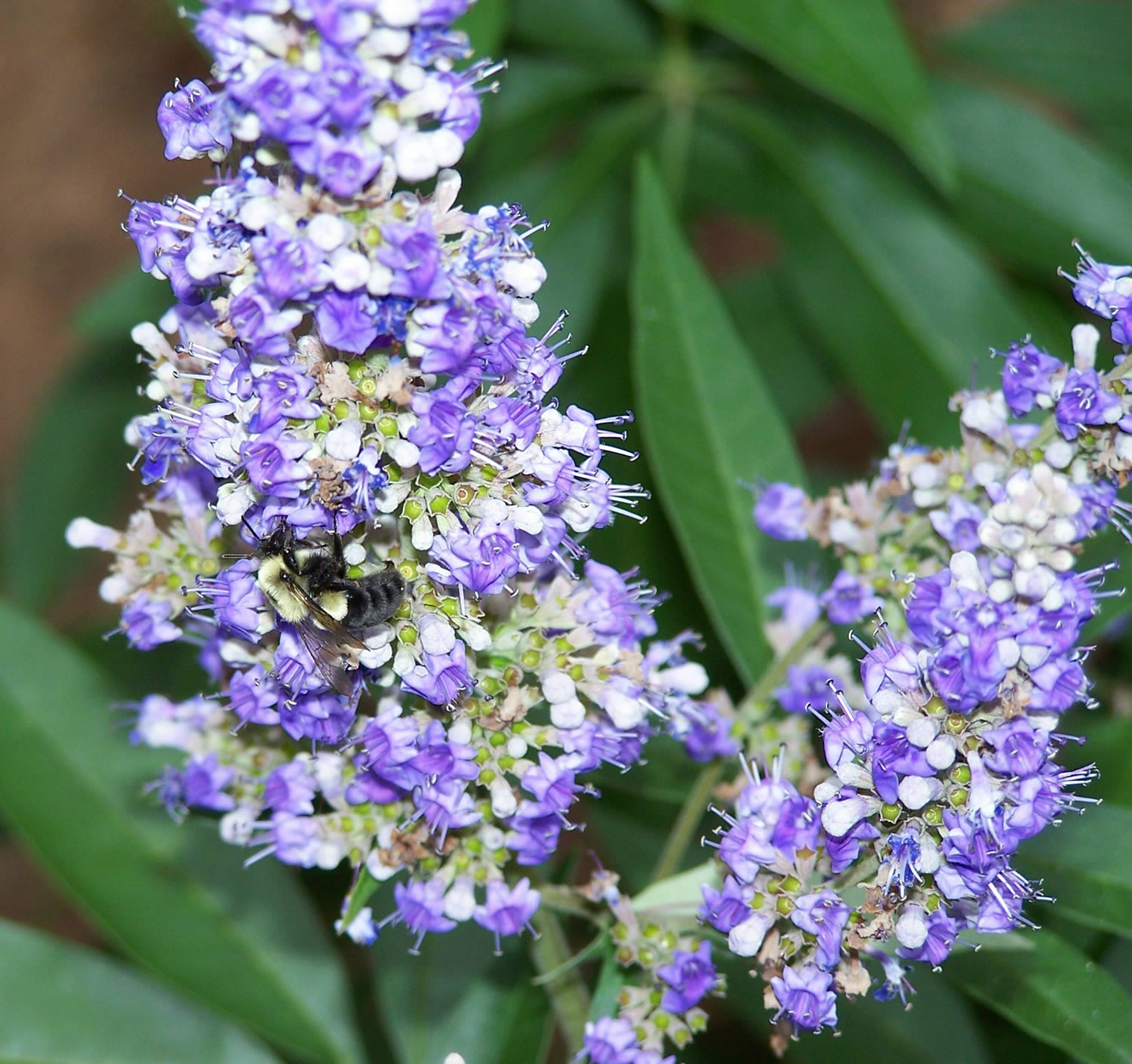 What is vitex chasteberry

Chasteberry (Vitex agnus-castus) or monk pepper is the fruit of the chaste tree, a genus of flowering plants in the family Lamiaceae, which is native to Central Asia and the Mediterranean region 1). Chasteberry has been used for more than 2,500 years to treat various conditions. In ancient Egypt, Greece, and Rome, it was used for a variety of gynecologic conditions and reproductive disorders. The plant was believed to promote chastity (hence its name). In medieval Europe, chasteberry was popular among celibate Monks for its purported ability to reduce unwanted sexual libido.

Over the past 50 years, chasteberry has been used widely in Europe for gynecologic conditions such as premenstrual syndrome (PMS), cyclical breast discomfort, menstrual cycle irregularities, and dysfunctional uterine bleeding. The German Commission E approves the use of chasteberry for irregularities of the menstrual cycle, cyclical breast discomfort, and premenstrual syndrome (PMS) 2) and it is widely prescribed by family physicians and gynecologists in Germany 3).

Today, chasteberry is used as a dietary supplement for menstrual problems, menopause symptoms, infertility, and other conditions.

Chasteberry’s therapeutic effects are attributed to its indirect effects on various hormones, especially prolactin and progesterone. This hormonal effect appears to be dose-dependent: low doses of extract have resulted in decreased estrogen levels and increased progesterone and prolactin levels, possibly caused by an inhibition of the release of follicle-stimulating hormone (FSH) and stimulation of luteinizing hormone (LH) levels 12). However, in some studies of persons receiving higher doses, FSH and LH levels remained unchanged 13), while prolactin release was decreased 14). These effects may explain why lower doses of the herb might stimulate breast milk production, whereas higher doses seem to have the opposite effect.

There’s not a lot of good strong research on the effectiveness of chasteberry for any condition.

What is Premenstrual Syndrome (PMS) ?

Premenstrual syndrome (PMS) may be related to social, cultural, biological, and psychological factors.

About 75% of women of childbearing age have some premenstrual syndrome (PMS) problems. About 2% to 10% of women in this age group have premenstrual dysphoric disorder (PMDD).

The symptoms often get worse in a woman’s late 30s and 40s as menopause approaches.

The most common symptoms of premenstrual syndrome (PMS) include:

A healthy lifestyle is the first step to managing premenstrual syndrome (PMS). For many women, lifestyle approaches are often enough to control symptoms. To manage PMS:

Symptoms such as headache, backache, menstrual cramping, and breast tenderness may be treated with:

In severe cases, medicines to treat depression may be helpful. Antidepressants known as selective serotonin reuptake inhibitors (SSRIs) are often tried first. These have been shown to be very helpful. You may also want to seek the advice of a counselor or therapist.

Other medicines that you may use include:

What is Premenstrual Dysphoric Disorder (PMDD) ?

Many women with premenstrual dysphoric disorder (PMDD) have:

Other factors that may play a role include:

The symptoms of premenstrual dysphoric disorder (PMDD) are similar to those of premenstrual syndrome (PMS). However, they are very often more severe and debilitating. They also include at least one mood or emotion-related symptom. Symptoms occur during the week just before menstrual bleeding. They most often get better within a few days after the period starts.

A healthy lifestyle is the first step to managing premenstrual dysphoric disorder (PMDD).

Antidepressants may be helpful. The first option is most often an antidepressant known as a selective serotonin-reuptake inhibitor (SSRI). You can take SSRIs in the second part of your cycle up until your period starts. You may also take it the whole month. Ask your provider.

Other treatments that may help include:

Numerous double-blind randomized controlled trials have evaluated different chasteberry preparations for treating the symptoms of PMS. Two trials were of lesser quality 23), 24) and found little difference or small improvement of breast pain. A recent higher-quality, prospective double-blind randomized controlled trial 25) showed significant improvement in self-assessed symptoms associated with PMS and in physician-assessed clinical global impressions scores measuring severity of condition, global improvement, and overall benefit versus risk (number need to treat = 4). The study, which specifically addressed breast fullness but not pain, involved 170 women with a diagnosis of PMS who received a standardized extract of chasteberry fruit (Ze 440, standardized to casticin) or placebo for three menstrual cycles. More than one half of the women experienced a 50 percent or greater reduction in symptoms 26). Patient acceptance was high, and side effects were few and mild. Another placebo-controlled, double-blind trial 27) of 104 women examined the effects of two forms of chasteberry (liquid and tablet) for at least three menstrual cycles. The women in the treatment group showed improvement of cyclical breast discomfort 28).

A previous study 29) found comparable efficacy for chasteberry and vitamin B6, both of which decreased symptoms by almost 50 percent. This study was placebo controlled, but not double blinded, and was of suboptimal sample size. Three open trials 30), 31), 32) involving between 400 and 1,600 patients also showed significant improvement of various PMS symptoms but were not controlled and were of lesser quality.

Patients use chasteberry for a variety of menstrual irregularities and fertility disorders 33); in Germany, physicians prescribe the herb for luteal phase disorders.

Results of a small randomized clinical trial 34) involving 96 women with fertility disorders (38 women with secondary amenorrhea, 31 with luteal insufficiency, and 27 with idiopathic infertility) suggested that patients receiving chasteberry achieved pregnancy more readily than did women in the placebo group. The subjects received chasteberry or placebo twice daily for three months. Hormone levels did not differ, but in women with amenorrhea or luteal insufficiency, pregnancy occurred in the active treatment group more than twice as often as in the group receiving placebo. However, the total number of patients conceiving was small (15 women), the treatment was only administered for three months, and the product used (Mastodynon, not currently available in the United States) contains five additional herbs that are not approved by the German Commission E reports 35).

There is insufficient evidence to support chasteberry’s traditional use to enhance breast milk production (i.e., as a galactagogue). Some evidence suggests that low doses might increase milk production in women who are lactating 37), 38). A small study 39) involving 20 healthy men showed increased prolactin levels in those receiving a low dose of chasteberry (120 mg per day) but a decrease of prolactin secretion with higher doses (480 mg per day).

Chasteberry also has been used to modify libido, most often to reduce sexual desire,28 but sometimes to improve decreased libido 40). However, no clinical data exist to support these indications.

Dosage and Preparations of Chasteberry

The dosages and preparations of chasteberry used in different clinical trials vary widely. In many studies, 4 mg per day of an extract standardized to 6 percent of the constituent agnuside (a chemical compound found in Vitex agnus-castus) has been used. In the United States, this formulation is available as Femaprin from Nature’s Way.