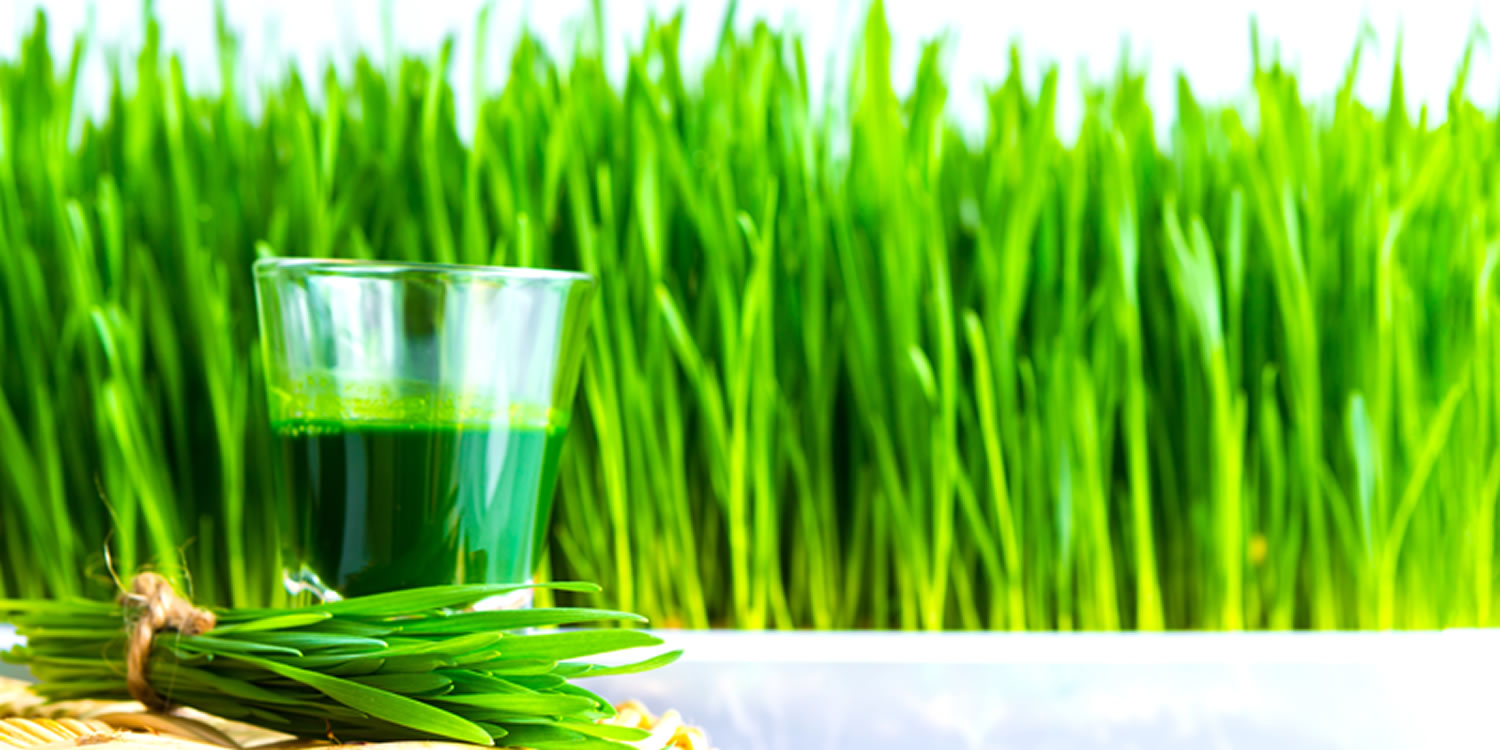 Wheatgrass is a food prepared from the freshly sprouted first leaves of the young grass of the common wheat plant Triticum aestivum 1). Wheatgrass consumption in the Western world began in the 1930s. Today, wheatgrass is quickly becoming one of the most widely used supplemental health foods and is available in many health food stores as fresh produce, tablets, frozen juice, and powders, with compositions varying according to their production processes, as well as to the growing conditions of the wheatgrass. Because wheatgrass juice is extracted from wheatgrass sprouts, i.e., before the wheat seed begins to form, it is gluten-free. Wheatgrass differs from wheat malt in that it is served freeze-dried or fresh, while wheat malt is convectively dried. Wheatgrass is allowed to grow longer than malt. Like most plants, it contains chlorophyll, amino acids, minerals (iron, calcium, and magnesium), vitamin A, vitamin C, vitamin E, flavonoids and enzymes 2). Kulkarni et al 3) reported that wheatgrass juice has high antioxidant activity partly because it contains such antioxidants as phenolic compounds and several flavonoids. Phenolics and flavonoids have been shown to remove superoxide radicals (O2− or HO2−) in vivo and decrease the cell damage caused by oxidative stress 4). Wheatgrass extracts also possess superoxide scavenging and ferric reducing abilities 5). Their ability to inhibit oxidative DNA damage was also demonstrated 6). Claims about the health benefits of wheatgrass range from providing supplemental nutrition to having unique curative properties, but these claims have not been scientifically proven 7). Furthermore, there is no sound evidence to support the claim that wheatgrass is better than other fruits and vegetables in terms of nutrition. It cannot be recommended above any other choices in this food group.

Wheatgrass juice is often available in juice bars, and some consumers grow and juice wheatgrass in their homes. Wheatgrass is available as fresh produce, tablets, frozen juice and powder. Wheatgrass is also available commercially as a spray, cream, gel, massage lotion, and a liquid herbal supplement. No adverse events of wheatgrass have been reported, although some forms pose problems of tolerability.

In a test tube study 9), methanol extract of wheat grass demonstrated antileukemic potential that might be due to the presence of flavonoids and polyphenolics in it. Flavonoids and polyphenols are important class of phytoconstituents, which are found in fruits and vegetables. In that test tube study 10), wheatgrass extract was found to be rich in flavonoids and polyphenols. Flavonoids are known to inhibit the activity of “angiogenic mediators” and provoke “apoptosis,” they also exert “antiproliferative” effect on leukemic cells 11). Quercetin and flavopiridol have demonstrated antiproliferative effects on leukemic cells 12). Some other flavonoids such as genistein, honokiol, machilin A, matairesinol, and arctigenin have also shown lethal effects on leukemia cell lines 13).

Wheat grass juice vs. placebo was compared in a randomized double-blind study 14) in patients with active ulcerative colitis; 24 patients were evaluated by means of disease activity, symptoms severity, and adverse events. After 4 weeks of wheat grass juice administration, of the 21 patients who completed the study, treatment with wheat grass juice was associated with significant reductions in the overall disease activity and in the severity of rectal bleeding and less abdominal pain 15). No serious side effects were found, but analysis did not include drop-outs, and follow-up was too short. However, the study involved only 21 people and the positive results could have been simply down to chance. As such, the evidence is inconclusive.

A small Indian study 16) from 2004 of 32 patients with a blood disorder called thalassaemia found half of the patients required fewer blood transfusions when 100ml (3.5oz) of wheatgrass juice was taken daily for three years. While interesting, the research has many weaknesses and further research is needed before these findings can be properly validated.

Fans of wheatgrass believe that because chlorophyll and haemoglobin (a protein that carries oxygen around your body) are similar in structure, taking wheatgrass juice enhances haemoglobin production. But as far as evidence goes, there is no scientific proof to support this claim.

Despite claims that a 30ml (1oz) shot of wheatgrass contains as many nutrients as 1kg (2.2lbs) of your finest veggies, tests show that, pound for pound, the nutrient content of wheatgrass juice is roughly equivalent to that of common vegetables, such as spinach and broccoli.