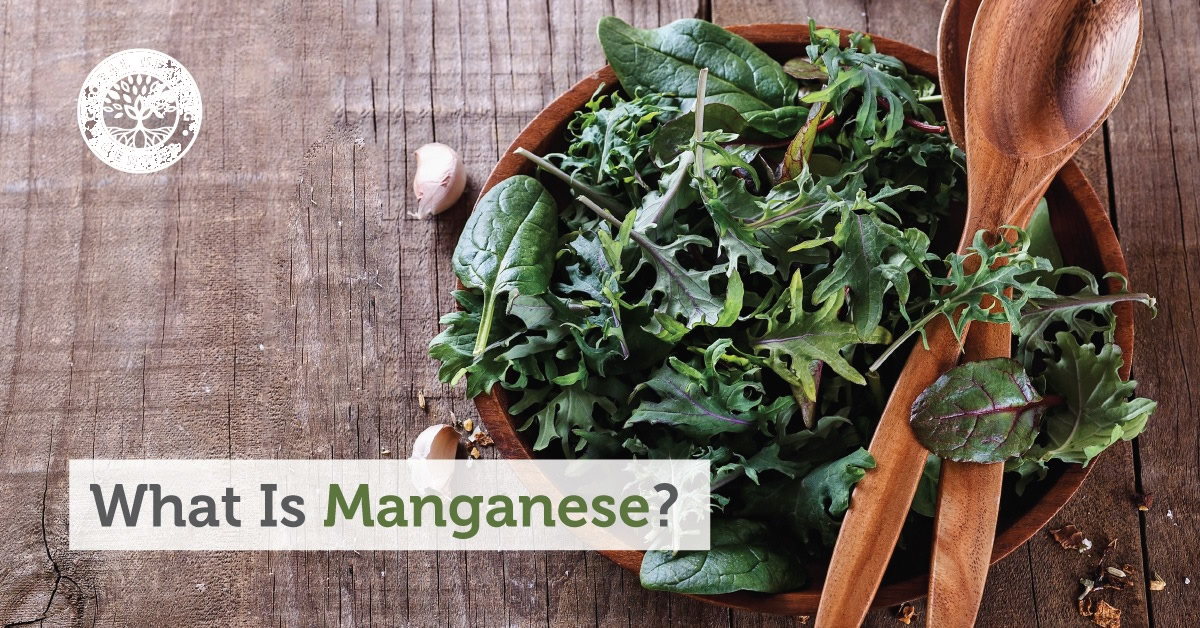 Manganese is naturally ubiquitous in the environment, it can be found in rocks and soil and in trace amounts is essential for good health. Manganese is essential for normal physiologic functioning in humans and animals, and exposure to low levels of manganese in the diet is considered to be nutritionally essential in humans and at the same time it can also be potentially toxic 1), 2). Manganese is a component of some enzymes and stimulates the development and activity of other enzymes 3). Manganese superoxide dismutase (MnSOD) is the principal antioxidant in mitochondria. Several enzymes activated by manganese contribute to the metabolism of carbohydrates, amino acids, and cholesterol 4)).

Chronic (long-term) exposure to high levels of manganese by inhalation in humans may result in central nervous system effects. Visual reaction time, hand steadiness, and eye-hand coordination were affected in chronically-exposed workers. A syndrome named manganism may result from chronic exposure to higher levels; manganism is characterized by feelings of weakness and lethargy, tremors, a mask-like face, and psychological disturbances. Respiratory effects have also been noted in workers chronically exposed by inhalation. Impotence and loss of libido have been noted in male workers afflicted with manganism.

Due to the severe implications of manganese neurotoxicity, the Food and Nutrition Board (FNB) of the Institute of Medicine set very conservative tolerable upper intake levels (UL) for manganese; the ULs are listed in Table 1 according to age 5).

Note: The tolerable upper intake level (UL) is the highest level of daily intake of a specific nutrient likely to pose no risk of adverse health effects in almost all individuals of a specified age.

The adequate intake (AI) for manganese (2.3 mg/day for adult men and 1.8 mg/day for adult women) appears sufficient to prevent deficiency in most individuals. The daily intake of manganese most likely to promote optimum health is not known. Following the Linus Pauling Institute recommendation 6) to take a multivitamin/multimineral supplement containing 100% of the daily values (DV) of most nutrients will generally provide 2 mg/day of manganese in addition to that in foods. Because of the potential for toxicity and the lack of information regarding benefit, manganese supplementation beyond 100% of the DV (2 mg/day) is not recommended. There is presently no evidence that the consumption of a manganese-rich plant-based diet results in manganese toxicity.

The requirement for manganese is not known to be higher for older adults. However, liver disease is more common in older adults and may increase the risk of manganese toxicity by decreasing the elimination of manganese from the body (see Manganese Toxicity). Manganese supplementation beyond 100% of the DV (2 mg/day) is not recommended.

How does Manganese work ?

Manganese is an essential nutrient involved in many chemical processes in the body, including processing of cholesterol, carbohydrates, and protein. It might also be involved in bone formation.

Manganese is essential for development, metabolism, and the antioxidant system. Nevertheless, excessive exposure or intake may lead to a condition known as manganism, a neurodegenerative disorder that causes dopaminergic neuronal death and symptoms similar to Parkinson’s disease 7), 8). Manganese is a key ingredient in welding and industrial steel making, although occupational exposure is the biggest concern, communities located in close proximity to industrial sources can also be at risk of health impacts, primarily through the air 9).

A number of manganese-activated enzymes play important roles in the metabolism of carbohydrates, amino acids, and cholesterol 11). Pyruvate carboxylase, a manganese-containing enzyme, and phosphoenolpyruvate carboxykinase (PEPCK), a manganese-activated enzyme, are critical in gluconeogenesis — the production of glucose from non-carbohydrate precursors. Arginase, another manganese-containing enzyme, is required by the liver for the urea cycle, a process that detoxifies ammonia generated during amino acid metabolism 12). In the brain, the manganese-activated enzyme, glutamine synthetase, converts the amino acid glutamate to glutamine. Glutamate is an excitotoxic neurotransmitter and a precursor to an inhibitory neurotransmitter, γ-aminobutyric acid (GABA) 13), 14).

Manganese deficiency results in abnormal skeletal development in a number of animal species. Manganese is the preferred cofactor of enzymes called glycosyltransferases; these enzymes are required for the synthesis of proteoglycans that are needed for the formation of healthy cartilage and bone 15).

Wound healing is a complex process that requires increased production of collagen. Manganese is required for the activation of prolidase, an enzyme that functions to provide the amino acid, proline, for collagen formation in human skin cells 16). A genetic disorder known as prolidase deficiency results in abnormal wound healing among other problems, and is characterized by abnormal manganese metabolism 17). Glycosaminoglycan synthesis, which requires manganese-activated glycosyltransferases, may also play an important role in wound healing 18).

Although the specific mechanisms for manganese absorption and transport have not been determined, some evidence suggests that iron and manganese can share common absorption and transport pathways 19). Absorption of manganese from a meal decreases as the meal’s iron content increases 20). Iron supplementation (60 mg/day for four months) was associated with decreased blood manganese levels and decreased MnSOD activity in white blood cells, indicating a reduction in manganese nutritional status 21). Additionally, an individual’s iron status can affect manganese bioavailability. Intestinal absorption of manganese is increased during iron deficiency, and increased iron stores (ferritin levels) are associated with decreased manganese absorption 22). Men generally absorb less manganese than women; this may be related to the fact that men usually have higher iron stores than women 23). Further, iron deficiency has been shown to increase the risk of manganese accumulation in the brain 24).

Supplemental magnesium (200 mg/day) has been shown to slightly decrease manganese bioavailability in healthy adults, either by decreasing manganese absorption or by increasing its excretion 25).

In one set of studies, supplemental calcium (500 mg/day) slightly decreased manganese bioavailability in healthy adults. As a source of calcium, milk had the least effect, while calcium carbonate and calcium phosphate had the greatest effect 26). Several other studies have found minimal effects of supplemental calcium on manganese metabolism 27).

Manganese is a mineral that is found in several foods including nuts, legumes, seeds, tea, whole grains, and leafy green vegetables. It is considered an essential nutrient, because the body requires it to function properly. People use manganese as medicine.

The recommended daily amount (RDA) for manganese for adult male is 2.3 mg per day, for a woman is 1.8 mg, with 11 mg estimated as the tolerable upper limit (UL) for daily intake to avoid toxicity 28).

Manganese is likely safe for most adults when taken by mouth in amounts up to 11 mg per day. However, people who have trouble getting rid of manganese from the body, such as people with liver disease, may experience side effects when taking less than 11 mg per day.

Taking more than 11 mg per day by mouth is possibly unsafe for most adults.

The essential minimum intake is unknown since manganese deficiency is so rare 29).

In the US, estimated average dietary manganese intakes range from 2.1 to 2.3 mg/day for men and 1.6 to 1.8 mg/day for women. People eating vegetarian diets and Western-type diets may have manganese intakes as high as 10.9 mg/day 30). Rich sources of manganese include whole grains, nuts, leafy vegetables, and teas. Foods high in phytic acid, such as beans, seeds, nuts, whole grains, and soy products, or foods high in oxalic acid, such as cabbage, spinach, and sweet potatoes, may slightly inhibit manganese absorption. Although teas are rich sources of manganese, the tannins present in tea may moderately reduce the absorption of manganese 31). Intake of other minerals, including iron, calcium, and phosphorus, have been found to limit retention of manganese 32). The manganese content of some manganese-rich foods is listed in milligrams (mg) in Table 2. For more information on the nutrient content of foods, search the USDA food composition database 33).

Infants are exposed to varying amounts of manganese depending on their source of nutrition. Manganese concentrations in breast milk, cow-based formula, and soy-based formula range from 3 to 10 μg/L, 30 to 50 μg/L, and 200 to 300 μg/L, respectively. However, bioavailability of manganese from breast milk is higher than from infant formulas, and manganese deficiencies in breast-fed infants or toxicities in formula-fed infants have not been reported 34).

Manganese toxicity may result in multiple neurologic problems and is a well-recognized health hazard for people who inhale manganese dust, such as welders and smelters 43),44). Unlike ingested manganese, inhaled manganese is transported directly to the brain before it can be metabolized in the liver 45). The symptoms of manganese toxicity generally appear slowly over a period of months to years. In its worst form, manganese toxicity can result in a permanent neurological disorder with symptoms similar to those of Parkinson’s disease, including tremors, difficulty walking, and facial muscle spasms. This syndrome, often called manganism, is sometimes preceded by psychiatric symptoms, such as irritability, aggressiveness, and even hallucinations 46), 47). Additionally, environmental or occupational inhalation of manganese can cause an inflammatory response in the lungs 48). Clinical symptoms of effects to the lung include cough, acute bronchitis, and decreased lung function 49).

MMT is a manganese-containing compound used in gasoline as an anti-knock additive. Although it has been used for this purpose in Canada for more than 20 years, uncertainty about adverse health effects from inhaled exhaust emissions kept the US EPA from approving its use in unleaded gasoline. In 1995, a US court decision made MMT available for widespread use in unleaded gasoline 50). A study in Montreal, where MMT had been used for more than 10 years, found airborne manganese levels to be similar to those in areas where MMT was not used 51). A more recent Canadian study found higher concentrations of respirable manganese in an urban versus a rural area, but average concentrations in both areas were below the safe level set by the US EPA 52). The impact of long-term exposure to low levels of MMT combustion products, however, has not been thoroughly evaluated and will require additional study 53).

Additionally, more recent studies have shown that children exposed to high levels of manganese through drinking water experience cognitive and behavioral deficits 58). For instance, a cross-sectional study in 142, 10-year old children, who were exposed to a mean manganese water concentration of 0.8 mg/L, found that children exposed to higher manganese levels had significantly lower scores on three tests of intellectual function 59). Another study associated high levels of manganese in tap water with hyperactive behavioral disorders in children 60). These and other recent reports have raised concern over the neurobehavioral effects of manganese exposure in children 61).

A single case of manganese toxicity was reported in a person who took large amounts of mineral supplements for years 62), while another case was reported as a result of a person taking a Chinese herbal supplement 63). Manganese toxicity resulting from foods alone has not been reported in humans, even though certain vegetarian diets could provide up to 20 mg/day of manganese 64), 65).

Manganese neurotoxicity has been observed in individuals receiving total parenteral nutrition, both as a result of excessive manganese in the solution and as an incidental contaminant 66). Neonates are especially vulnerable to manganese-related neurotoxicity 67). Infants receiving manganese-containing TPN can be exposed to manganese concentrations about 100-fold higher than breast-fed infants 68). Because of potential toxicities, some argue against including manganese in parenteral nutrition 69).

Chronic liver disease: Manganese is eliminated from the body mainly in bile. Thus, impaired liver function may lead to decreased manganese excretion. Manganese accumulation in individuals with cirrhosis or liver failure may contribute to neurological problems and Parkinson’s disease-like symptoms 70), 71).

Newborns: The newborn brain may be more susceptible to manganese toxicity due to a greater expression of receptors for the manganese transport protein (transferrin) in developing nerve cells and the immaturity of the liver’s bile elimination system 72).

Iron-deficient populations: Iron deficiency has been shown to increase the risk of manganese accumulation in the brain 77).